Which Do You Value More: Money or Time?

Through the downturn, business owners have been in overdrive to keep their companies afloat. Some now value time over money. 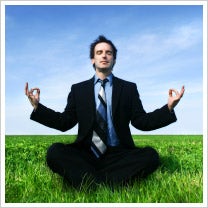 Entrepreneurs can seem to be all about the money. But a new study says small business owners may be craving something else more: free time.

As business owners struggle to keep their companies afloat in the down economy, more of them are burning out, according to office-printer company Brother International's second annual Brother Small Business Survey of more than 500 business owners.

In the study, 30 percent of owners said they'd rather have more time available to them than more cash. Actually, I'm surprised the figure isn't even higher.

Time management was a top concern, with nearly 80 percent vowing to use their time more efficiently this year.

It all gives me flashbacks to when 'work-life balance' was the buzz phrase, and companies attracted top talent by fostering a culture where people were rewarded for working smart and clocking a 35 hour week.

Those were the days, huh?

Now, it seems like every business owner I know is working insane, dot-com-era hours -- especially people with Web-based businesses. They're on their email or on Twitter nearly round the clock.

I often have the disturbing experience of emailing a small-business client based in a time zone three hours ahead of me at 10 or 11 pm my time -- and receiving an immediate response. Many owners never seem to sleep.

No surprise, then, that the study also found that entrepreneurs are stressed out. More than half of respondents said their stress level is either higher than usual or "their highest ever."

One of the things we're ripping our hair out over? Tech problems. The majority of owners -- 77 percent -- said they've taken a productivity hit in the last year due to malfunctioning office technology.

There's only so long you can overwork before productivity goes down and the business actually starts to suffer. You start to lose the thrill of doing your own thing, which drew you into being a business owner in the first place. It just becomes an exhausting grind.

The current pace seems unsustainable and a flat-out risk to owners' health in many cases. The question is, will entrepreneurs go for free time versus a chance to chase more business? Will work-life balance return? I certainly hope so.

Right now, would you rather have more money or time? Leave a comment and let us know.