Forgoing the snazzy vending machines it's been placing in locations around California, Snap has opened a pop-up shop in New York City to sell Spectacles, $130 sunglasses that record 10-second videos.

It was 38 degrees this morning, and when I arrived at the shop on 59th Street and 5th Avenue (around the corner from an Apple Store), there was a line down the block. Someone even recorded the action via Spectacles. 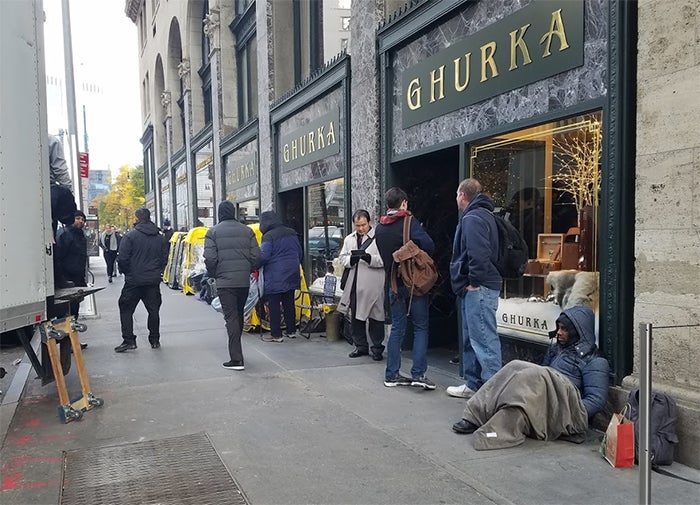 Hey @Snapchat it's cold here in line in NYC. Could we get some coffee? #socold pic.twitter.com/X0a9cdDeLL

Of course, the line was shorter than Monday's (but the day had just begun).

The line for @Snapchat @Spectacles in NYC is 3 hours long & wraps around the block along Central Park ? ? pic.twitter.com/chUfQpqdMc 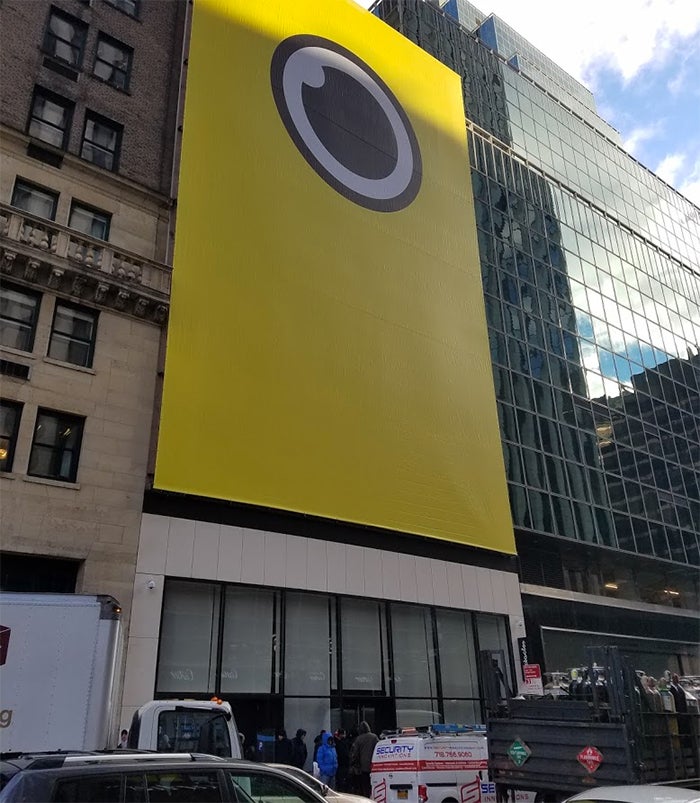 Image credit: Stephen J. Bronner
Some of the people on the line were professional "waiters" (yes, really).

I spoke to three individuals who have been waiting since the early hours of the day. The first was Hugh Jackman.

New Yorkers rushed to use their Spectacles -- even when they didn't have much yet to record.

In my opinion, @Spectacles brings another artistic/creative way for augmented reality. Head over to Snapchat ? pinotski. pic.twitter.com/qOFgKyAgGw

It may take some time until New Yorkers create a truly entertaining video, such as this one from a San Francisco resident:

Dancing with my @snapchat @Spectacles pic.twitter.com/ppGBoqutZg