By Riva Richmond
December 22, 2011
Opinions expressed by Entrepreneur contributors are their own. 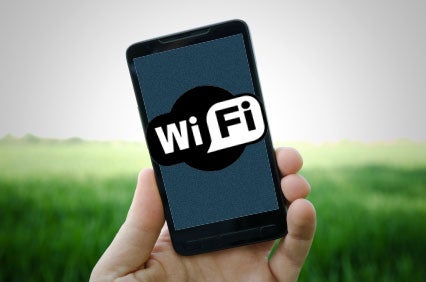 In an era of laptops, smartphones and mushrooming Wi-Fi networks, we can get online nearly anywhere. But we often connect without considering the potential perils.

Sensitive information you transmit over Wi-Fi can be literally "sniffed" from the airwaves by a nearby snoop using readily available software and equipment. What's more, hackers could trick you into connecting to their computer by making it appear to be a legitimate Wi-Fi hotspot.

Despite these risks, it's relatively easy and inexpensive to surf safely. Here are three tips for securely using Wi-Fi networks when you're on-the-go, doing work in hotels, airports, cafés and other public places.

1. Avoid automatically connecting to Wi-Fi hotspots.
It can be tempting to quickly jump online using one of the 1.4 million public Wi-Fi networks now active in the world. But you could unwittingly connect to a rogue hotspot set up by a crook to gather sensitive information transmitted by unsuspecting users like you.

Industry group Wi-Fi Alliance recommends that Web users carefully select which, if any, public network they access rather than allow their device to connect automatically. It also recommends choosing only hotspots that use security technologies known as Wi-Fi Protected Access version two, or WPA2, which are stronger than the older WPA and Wired Equivalent Privacy (WEP) technologies. A network's security system is displayed in the box where you enter a password to connect.

2. Make sure sensitive websites you use encrypt data you send and receive.
Sending and receiving information on unsecured public wireless networks can be like shouting in a crowded room, says Maxim Weinstein, executive director of StopBadware, a Cambridge, Mass., nonprofit group that fights malicious websites. "Unless you're talking in code, it's no secret to anyone who's listening."

Fortunately, most websites that handle sensitive information use encryption technology known as Secure Sockets Layer (SSL) to turn readable text into a mash of digital gibberish. You know SSL is in place if you see "https" in the address bar. It is almost always at work when you're making a purchase or banking online.

Related: How to Protect Android Smartphones From Cyber Attacks

3. Install and use VPN software on your device to encrypt your Internet activity.
"Virtual private network" software is a must-have for road warriors who regularly transmit sensitive data over public Wi-Fi networks. VPN software creates an encrypted tunnel through which your data flows as it traverses the Internet. Employees at many large companies already use VPNs on business trips to protect valuable corporate information, and small companies would be wise to follow suit.

If you don't have an information-technology department that can set up a VPN for you, consider using one of the personal VPNs now on the market. Options include PrivateWiFi from startup Private Communication Corp. (Windows and Mac, $9.95 a month or $84.95 a year; three-day free trial); Anonymizer Universal (Windows, Mac, iPhone and iPad, $79.99 a year; 14-day free trial); and VPN4ALL (Windows and Mac $9.95-$19.95 a month, depending on amount of data use; iPhone, iPad, Android, Windows Mobile and tablets, $5.95 a month).

Related: What Technologies Banks Should Be Using to Keep Your Money Safe

OpenVPN Technologies, keeper of the open-source technology behind some of these software products, sells a hosted VPN service specifically to small businesses called PrivateTunnel (Windows and Mac, price based on amount of data transferred).

Another thing to consider: putting up a firewall to block strangers seeking access to your computer. Firewalls are typically provided by modern operating systems and are on by default. To make sure yours is active on a Windows PC, review Microsoft's directions based on your operating system version. On Macs, open System Preferences and click Security & Privacy and then Firewall.

You also can avoid Wi-Fi networks altogether and go online using a cellular connection from a wireless carrier, which use encryption when transferring data, albeit at a significant cost. Plan to pay for a large or unlimited data plan for a mobile device. For your laptop, you'll need a special device that plugs into the side and a monthly service plan. Verizon and AT&T can charge $50 to $60 a month for 5 GB.