A look at some of Hollywood's best films that showcase the real and invented lives of business owners.
Next Article

The real-life and fictional lives of entrepreneurs have been the subjects of major Hollywood movies for decades. From comedies to dramas, they chronicle desperate struggles and soaring successes. They capture the most compelling character traits of business creators -- such as drive, passion, dedication, and sometimes even obsessiveness and destructiveness.

Sounds exciting, doesn't it? No wonder, then, that seven of the films on our list of movies that feature entrepreneurs have been nominated for Best Picture in the Academy Awards (of them, Forrest Gump won the top honor in 1994).

Here are our picks for some of the best movies about entrepreneurs, listed in chronological order. 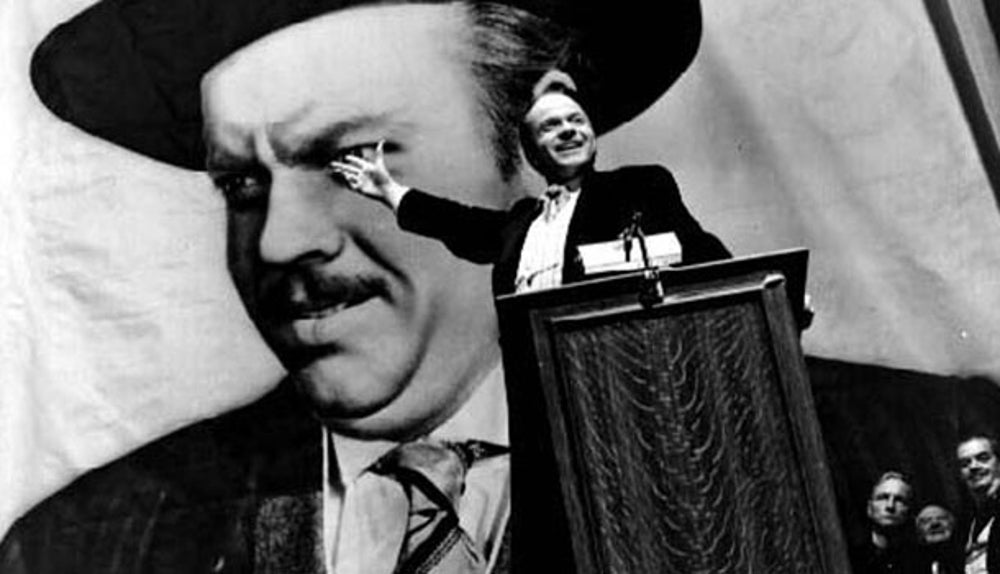 Synopsis: Kane raised himself up by his bootstraps, beginning his entrepreneurial career by taking control of a small-town newspaper and building a media empire. A larger-than-life figure who ran for governor and lived on a 49,000-acre estate he created called Xanadu, Kane died uttering the enigmatic word "rosebud."

Lesson: We're not recommending Kane's business tactics, among them sensationalist journalism. This is more of a cautionary tale of the downside of power and ego.

It's A Wonderful Life 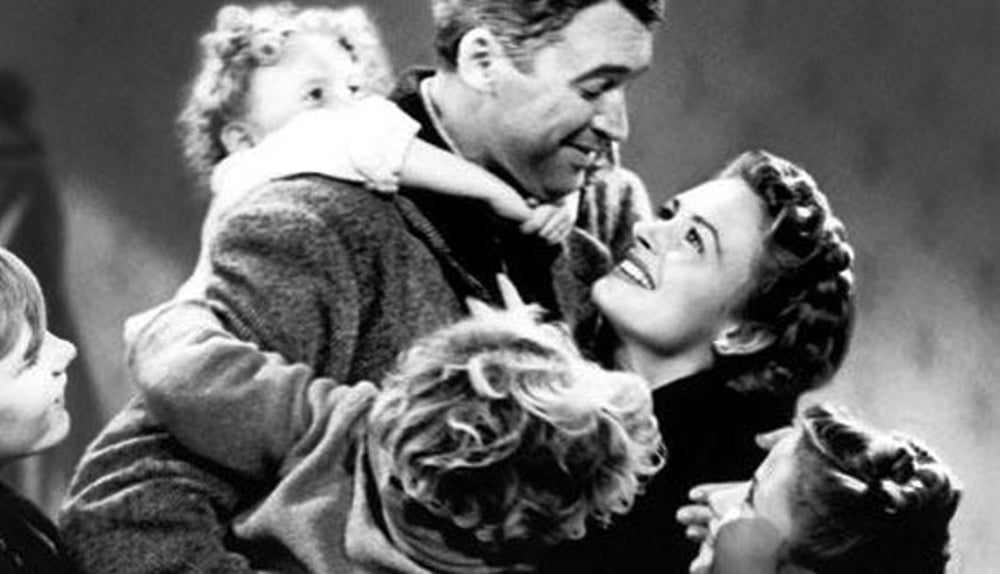 Entrepreneur: George Bailey, owner of a loan company founded by his father

Synopsis: On Christmas Eve, Bailey's uncle loses all the business's money on his way to the bank. The money is discovered by a millionaire banker who hides it, jeopardizing the future of Bailey's business. In a turn of events, Bailey is visited by his guardian angel, Clarence, who teaches him that life is wonderful -- with or without the money. In the end, Bailey's neighbors bail him out and the business goes on.

Lesson: When the going gets tough, you don't have to give up. Also, it doesn't hurt to have several wealthy, generous friends. 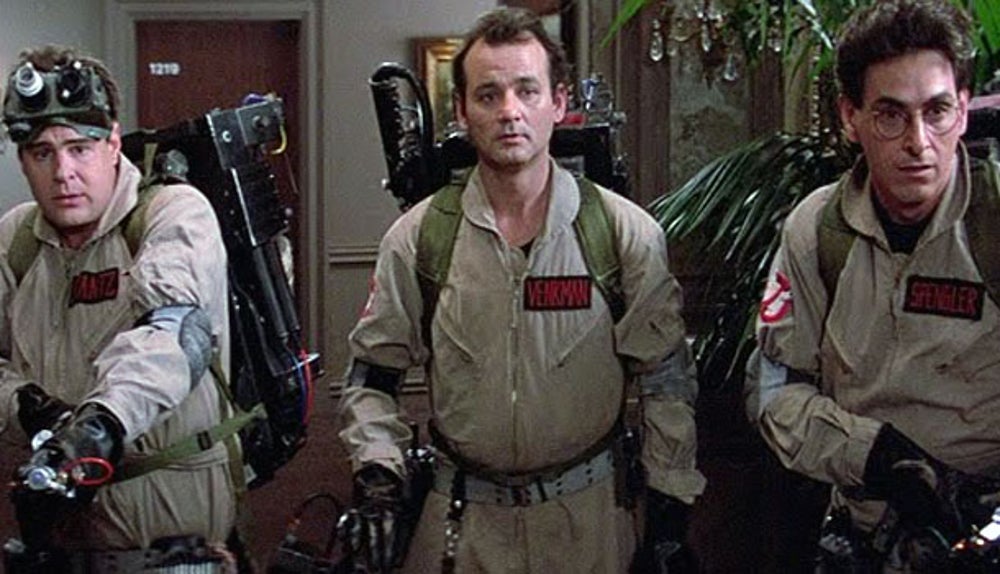 Synopsis: After losing their credibility in academia, three professors -- one a bona fide scientist, one a supernatural historian and a third who relies mostly on his charm -- search for their second act. They team up to form a business as ghost eradicators.

Lesson: Most business owners might not deal in evil spirits and proton packs, but many should be able to relate to the roller-coaster ride these guys experience while starting up. The trio goes from having no customers to being an overnight success to going through an unexpected shutdown. 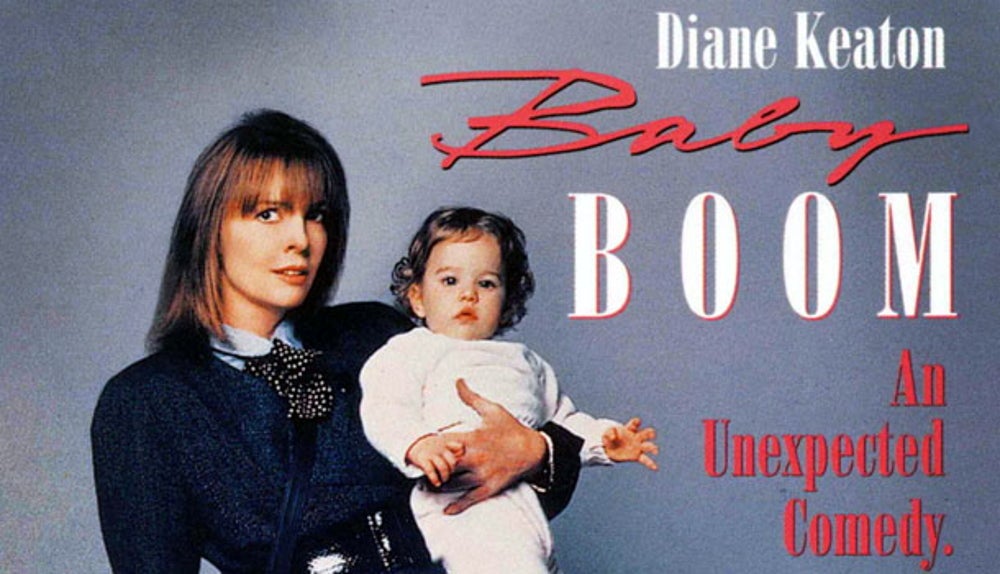 Synopsis: Wiatt is surprised when an inheritance she receives from a relative isn't cash. It's a baby. Wiatt leaves the hustle and bustle of the Big Apple and moves to a house in the country. With the property dotted with apple trees, she begins making all-natural applesauce for the child, and it develops into a multimillion-dollar business venture.

Lesson: Wiatt's circumstances may be bit unrealistic (how did she finance the new digs and business?) but her struggle balancing work and life is real. When life gives you apples, make applesauce, right? 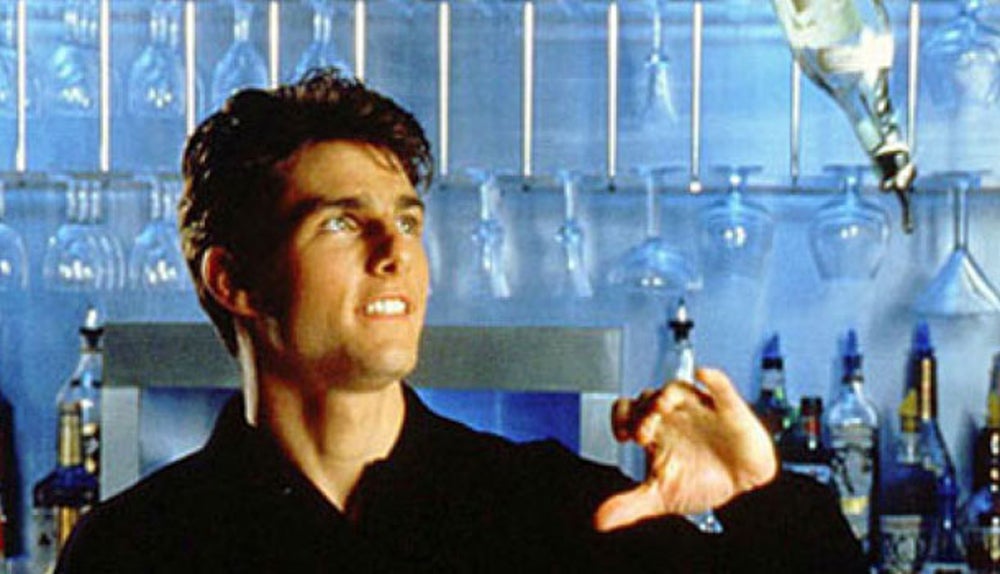 Synopsis: Working on a degree in business, Flanagan lands a part-time job at a bar. His boss, Doug Coughlin, teaches him the ins-and-outs of bartending, and the pair dream of someday owning their own high-end cocktail bar. To finance their plan, Flanagan moves to Jamaica to tend bar at a resort. Coughlin falls on hard times after losing his money in the stock market. Using his own money, Flanagan eventually opens a bar called Flanagan's Cocktails & Dreams.

Lesson: While it might be smart to take cues from a talented industry mentor, pick your business partners wisely. 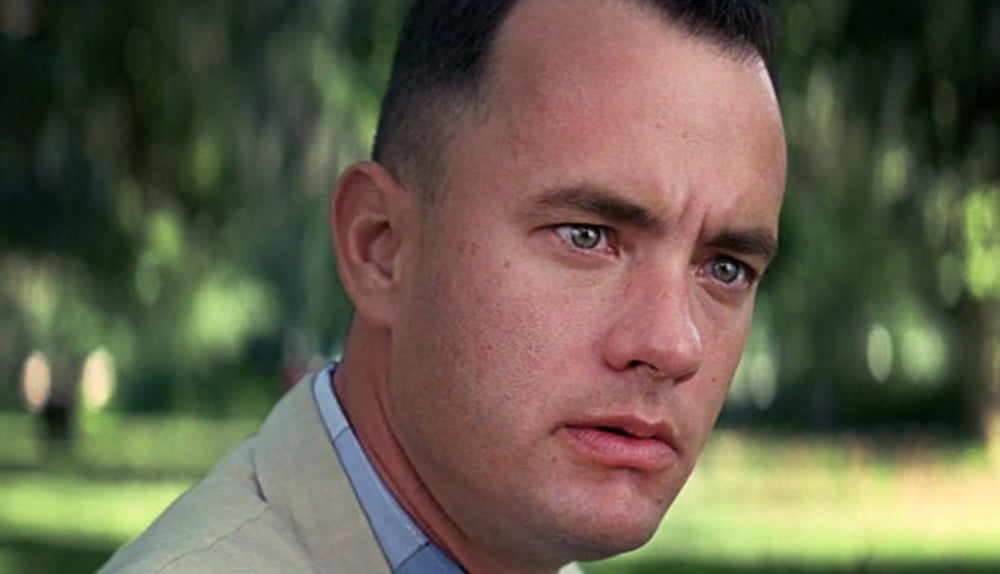 Synopsis: When Gump becomes a Ping-Pong champ and earns $25,000 from a product endorsement, he buys a boat and launches a shrimping business to honor the dream of friend and former Vietnam War comrade Bubba Blue. Gump turns to ex-Army pal Dan Taylor to be his business partner.

Lesson: The power of friendship can go a long way. The success of the Bubba Gump Shrimp Co. goes to show the right business partnership can affect not only your bottom line but also your personal life. The movie inspired a chain of Bubba Gump Shrimp restaurants with locations in the U.S. and abroad. As Gump says, "Life's like a box of chocolates. You never know what you're gonna get." 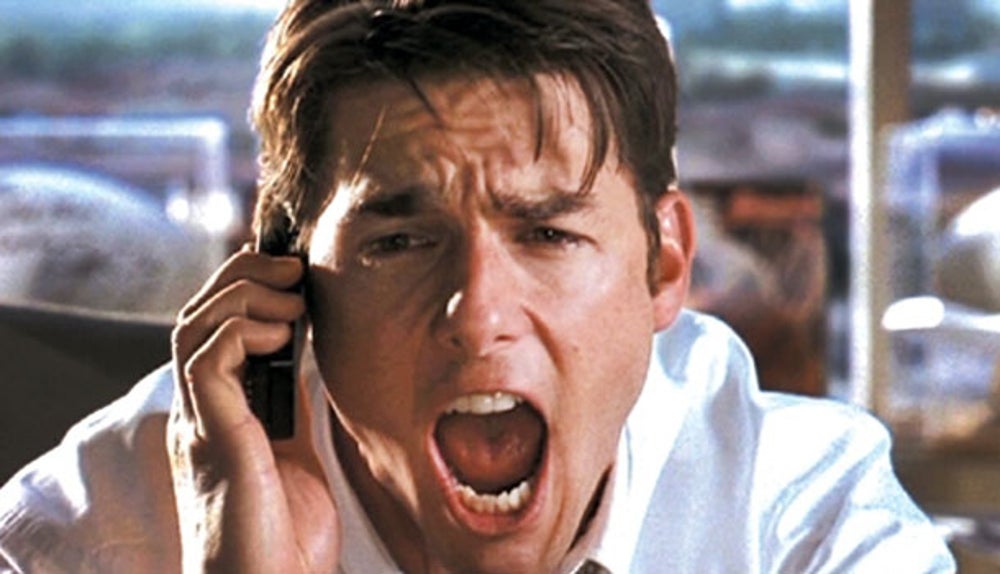 Synopsis: Stressed out and upset about what he thinks is dishonesty in the sports management business, Maguire leaves the sports agency he'd been working for. He recruits an assistant and starts his own agency, focusing on his one remaining client: a disgruntled football player who puts Maguire's resolve and abilities to the test.

Lesson: Hard work, determination and the right set of skills can eventually pay off when pursuing an entrepreneurial venture. 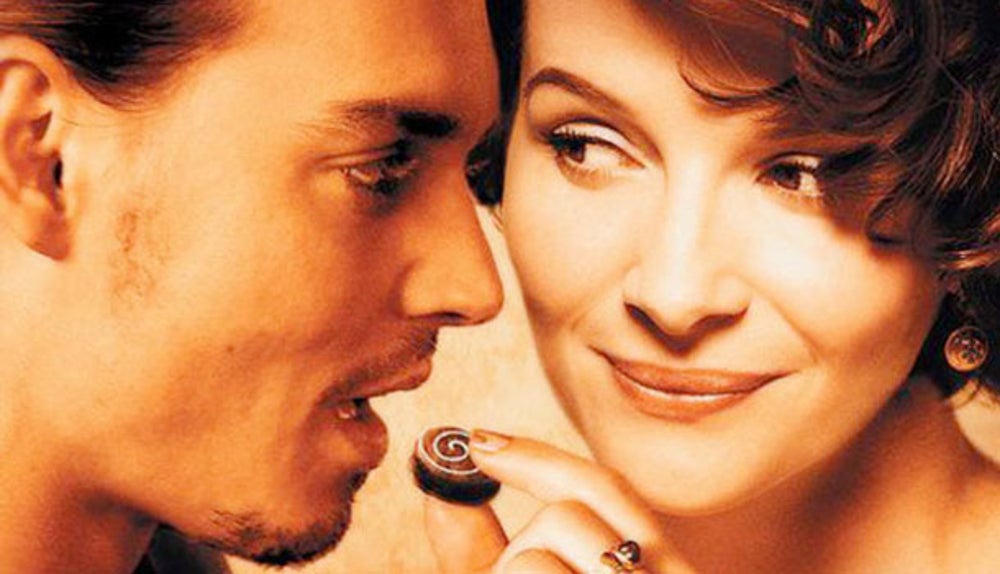 Synopsis: Rocher and her daughter breeze into a buttoned-up French town in 1960 and open a gourmet chocolate shop. The townspeople are skeptical of Rocher at first, but she wins them over with her passion and, of course, her delicious chocolates.

Lesson: Rocher is a great example of a small-town shop proprietor. Her customers become like family and her products create the types of loyal fans any owner would want. On top of that, she stands up for herself and her business against the town's unbending and unfair mayor. 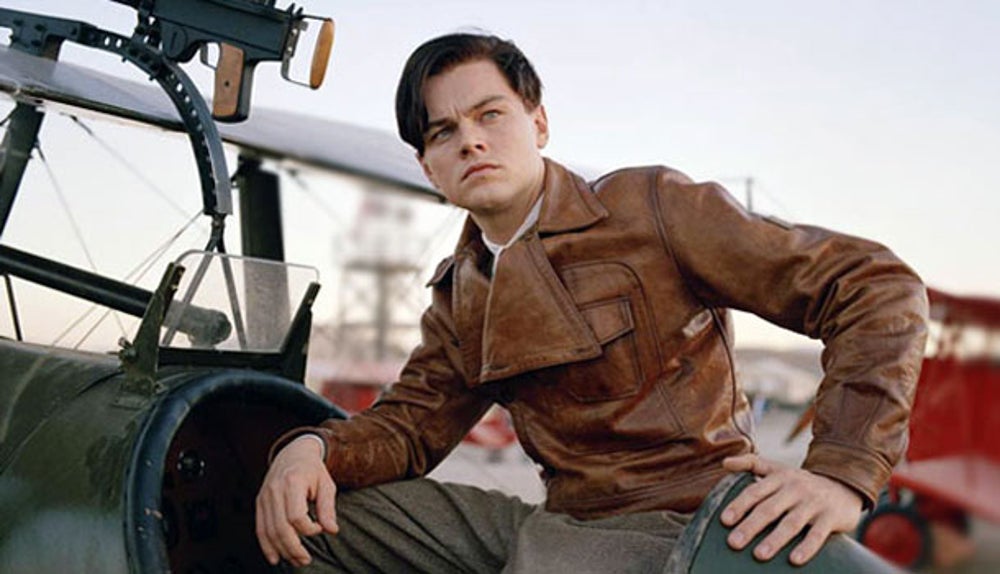 Synopsis: At age 17, Hughes was handed the keys to his father's tool company and later founded Hughes Aircraft Co. in 1932. He became known for breaking aviation records and testing new aircraft himself. But he was a man of many passions. He also became a Hollywood director, producer and headed production company RKO Pictures in the late 1940s.

Lesson: Much is made of Hughes' obsessive-compulsive disorder and descent into madness in The Aviator, but he was a true entrepreneur. While he might have had a relatively easy entry into business by means of his father's company and money, his fascination with the industry and dedication to teaching himself everything about it were admirable. 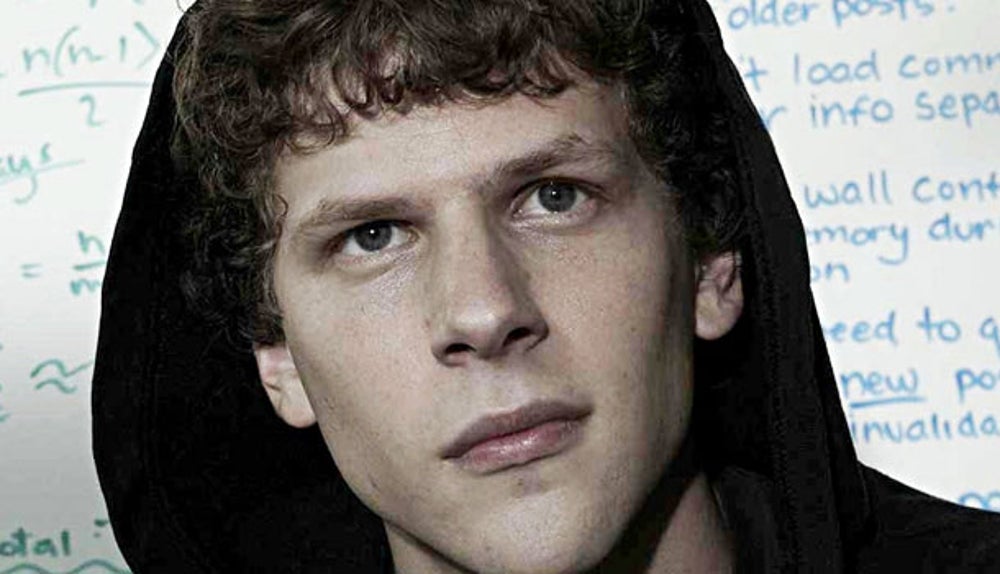 Synopsis: The story of how Zuckerberg, as a student at Harvard in 2003, developed an idea to create an online social network for college students. Called Facebook, the network became wildly popular and eventually opened to the general public, with more than 800 million active users today. Zuckerberg, who has since defended himself against former Harvard classmates who've claimed that he stole the idea for Facebook from them, became the world's youngest billionaire.

Lesson: Goes to show the sky's the limit when it comes to developing a great business idea -- even if it means making a few enemies along the way.