A Peek Inside Houston's Startup Scene

A low cost of living, diverse population, and deep ties to energy and life sciences are just a few of the perks for new ventures blowing out of H-town.
Next Article

Sarah Max
February 18, 2013 min read
Opinions expressed by Entrepreneur contributors are their own.

Houston's budding entrepreneurs aren't hanging up shingles for lack of better options. With energy and life sciences playing a big role in the city's economy, the recession didn't hit Houston as hard as it did in many places. (Please see related story, "Startups Bubbling Up in Houston.")

Nevertheless, new ventures have sprung up in recent years, ushered by accelerators, co-working spaces and other new resources. Not surprisingly, many of these startups have close ties to the energy and healthcare fields.

Here's a look at some upstarts coming out of H-town.

Cathy Carroll contributed to this report. 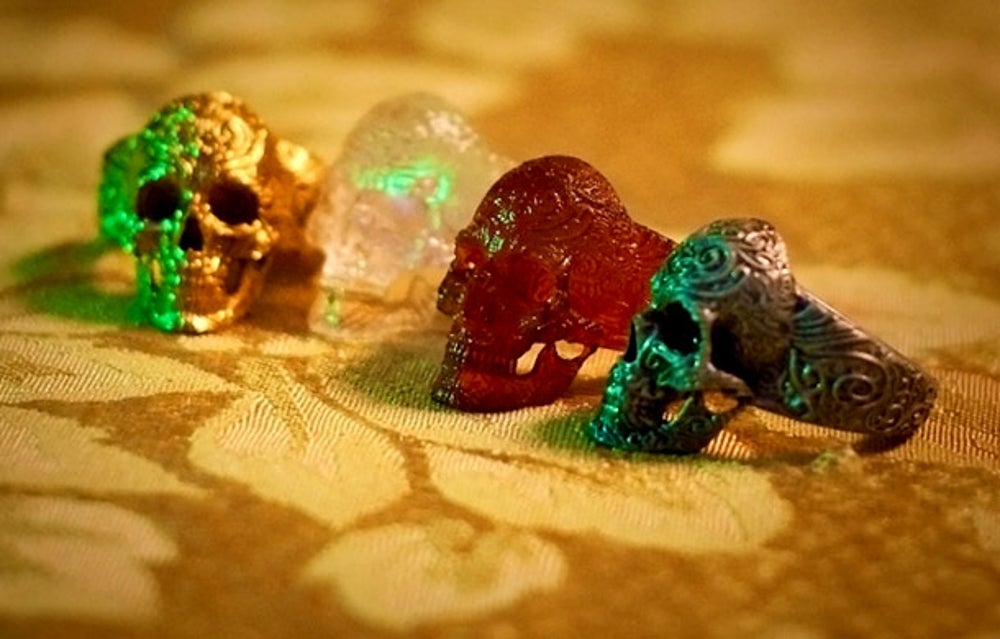 It was the proverbial stroke of genius drawn on a napkin. Chris Norman, CEO of Kraftwurx, was having lunch in 2004 when he sketched his vision of quality, custom, consumer-designed products using 3-D printing. As an engineer, he had used the technology, but his epiphany came while watching his son play a video game, spending far more time customizing his car than driving it.

In 2011, he created Kraftwurx, a platform that empowers virtually anyone, including professional artists, engineers and designers, to design and produce almost anything, from custom toys, jewelry and motorcycle accessories to fine-scale models and parts. The company, which is privately funded, is led by a team of manufacturing industry veterans from technology startups in Austin.

Pictured above: Kraftwurx's platform allows members of its community to design almost anything, including these skull rings by Marco Valenzuela. 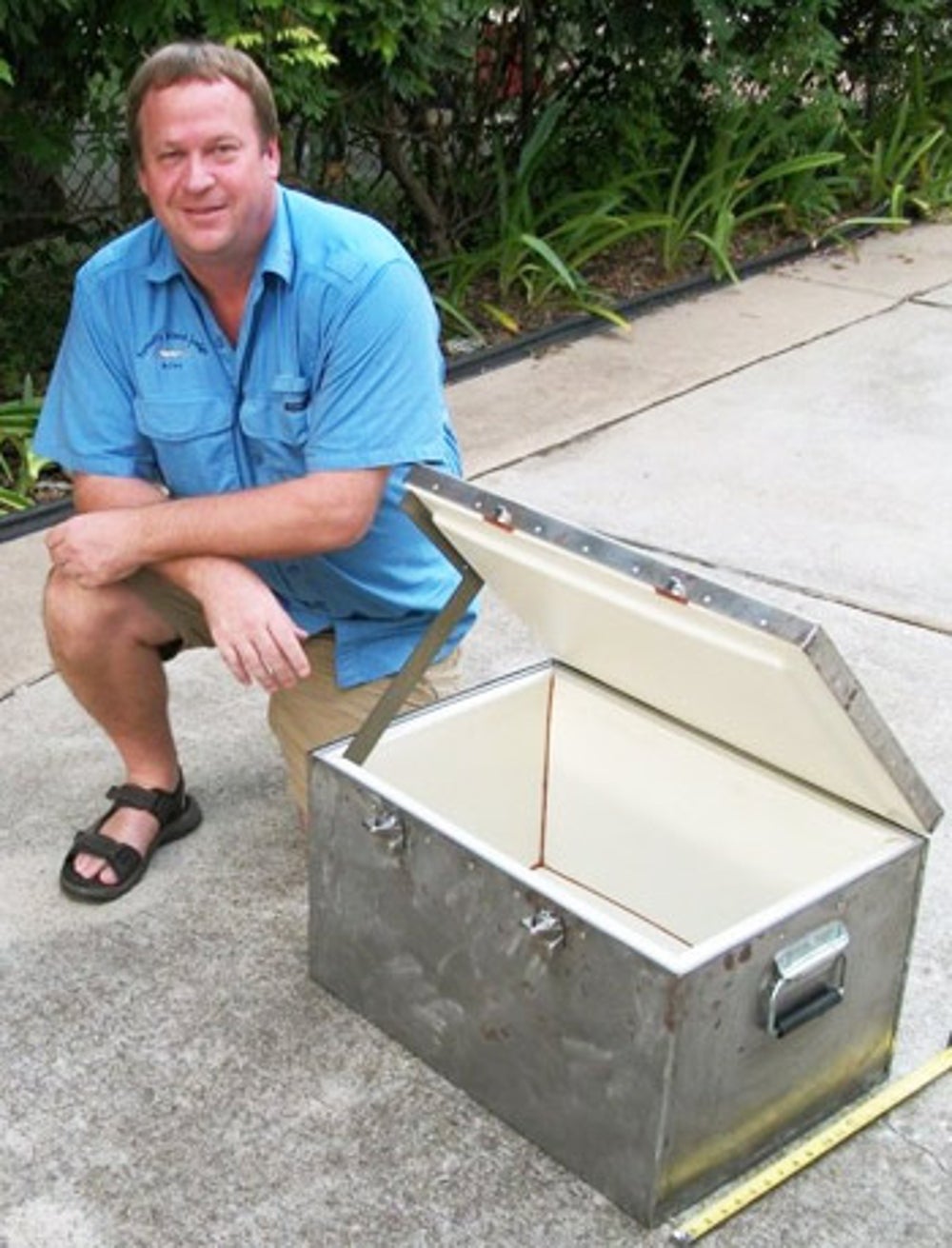 When Christopher Shiver's home flooded 20 years ago, he nearly lost all of his irreplaceable pictures, scrapbooks and heirlooms. Losing those things is a crushing experience for people around the world due to fire, hurricanes, tornadoes and other catastrophes, Shiver thought, so he sought to create a way to protect prized possessions.

He founded DreamSaver Enterprises in 2009 and recruited a team of experts, including an astronaut and an engineer who worked on NASA space shuttle's heat shield. In 2011 the company launched its first product, a foot-locker sized box that has been tested to withstand a simulated house fire of 1,500 degrees. The company is a participant in the Houston Technology Center's accelerator and, fittingly, is based out of HTC's Johnson Space Center location. 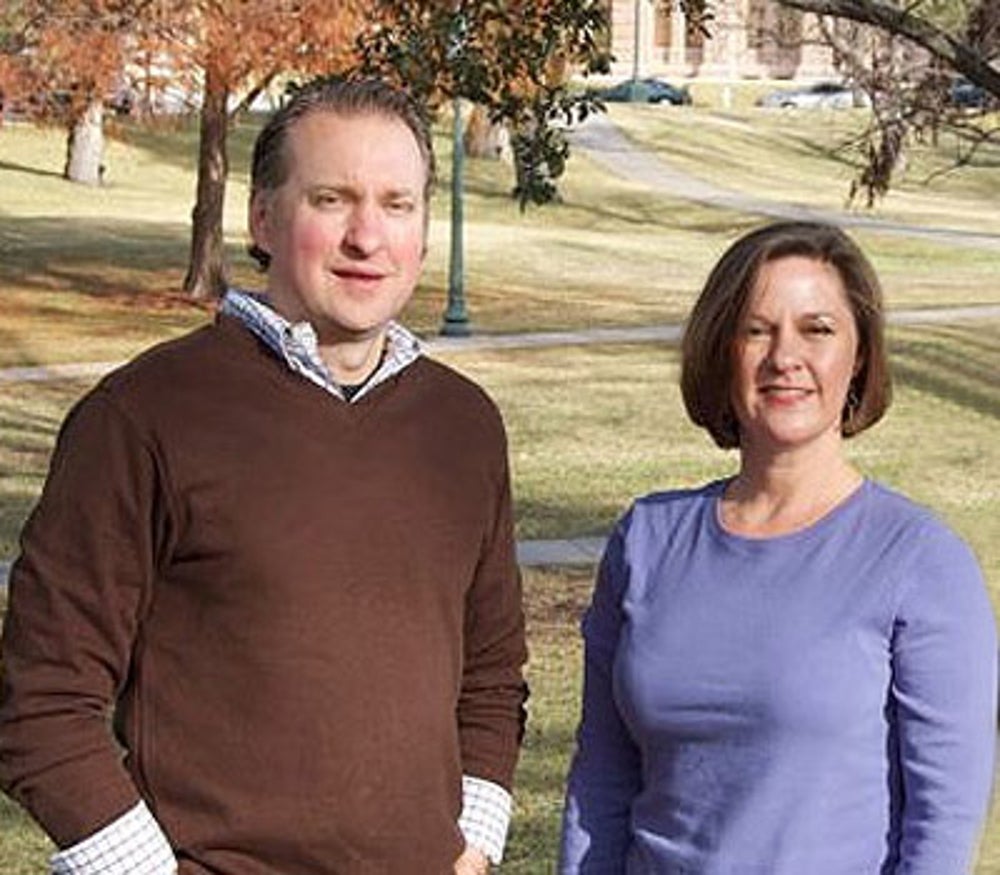 In 2009 Brooke Farrell and her brother-in-law Chad Farrell joined forces to change how waste material gets bought and sold. As an account director at an ad agency working with waste and recycling industry clients, Brooke had learned a thing or two about how the industry operated. Chad, meanwhile, had spent much of his career working in business-to-business marketplaces. RecycleMatch was born.

By their estimates, materials exchange is a $500 billion global industry. Yet, when manufacturers want to buy or sell chemicals, scrap metal and other byproducts they typically turn to a Rolodex of trusty buyers rather than looking for the best price or product. Enter RecycleMatch, a subscription service that lets companies catalog their recyclables and waste material, learn the true market value of these materials and connect with buyers. 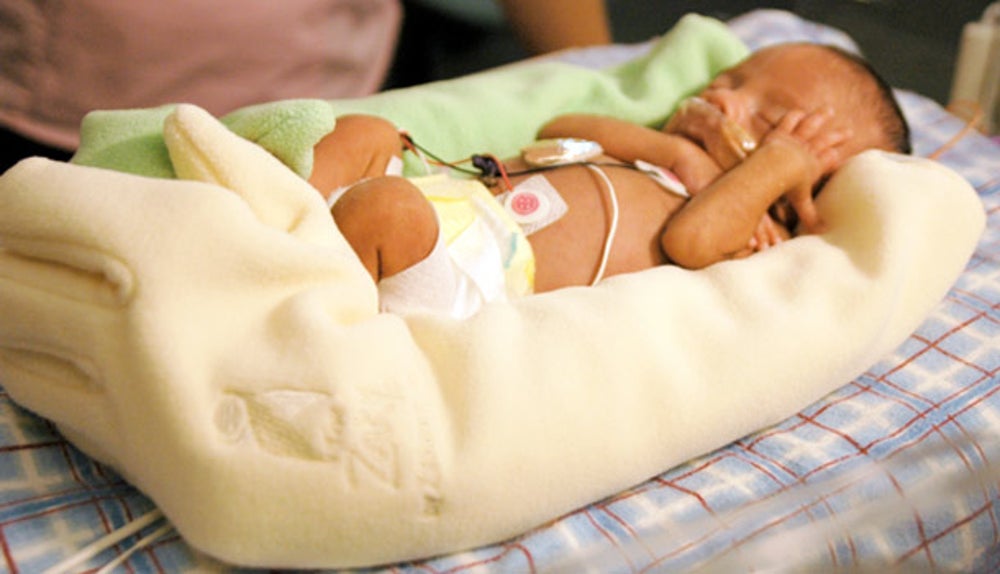 Nearly a half a million babies are born prematurely each year, and many of those tiny babies must spend weeks, even months, in the hospital. When Yamile Jackson's son Zachary required five months of neonatal intensive care, the former engineering project manager became interested in the ergonomic influences on these tiny patients. Not wanting to leave her son at night, she crafted "hands" to cradle him in her absence.

Fast forward to today and Zachary is a healthy young boy, Jackson has a Ph.D. in ergonomics and human factors engineering, and her company, Nurtured by Design, makes specialized products for babies who spend time in the hospital at any developmental stage and for any medical condition. Her original idea, the Zaky, is now used in hospitals around the country. 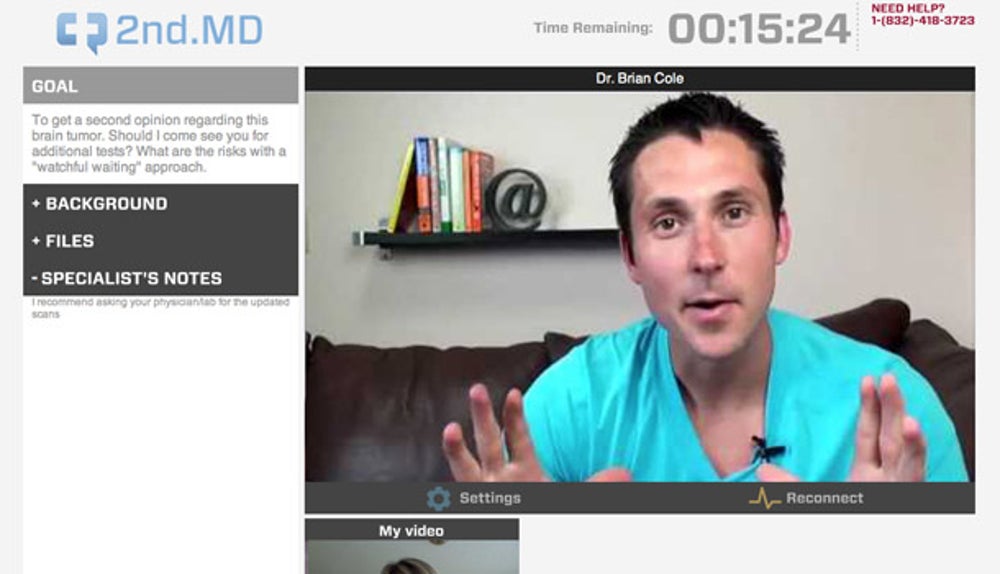 When his own baby girl had a stroke a few years ago, Clint Phillips traveled thousands of miles and spent thousands of dollars and countless hours trying to get the answers he needed.

Phillips, a former chiropractor and founder of a destination wellness clinic in Aspen, vowed to find a way to make it easier for people to speak with the world's best experts. Phillips and his family relocated to Houston for its proximity to medical experts and began developing 2nd.MD, an online service that offers second opinions from top medical specialists with five days. After patients share their medical concern, the company helps them gather their medical records, finds the best expert and arranges for a phone or video conference. Individual users pay a monthly subscription with a per-consultation fee; corporate subscribers pay a fixed rate per employee.

The startup won "Most Promising Company" at the 2012 Texas Life Science Venture Forum and has raised $3 million from angel investors. Last year it began offering its services to businesses, and is now available to thousands of employees online. 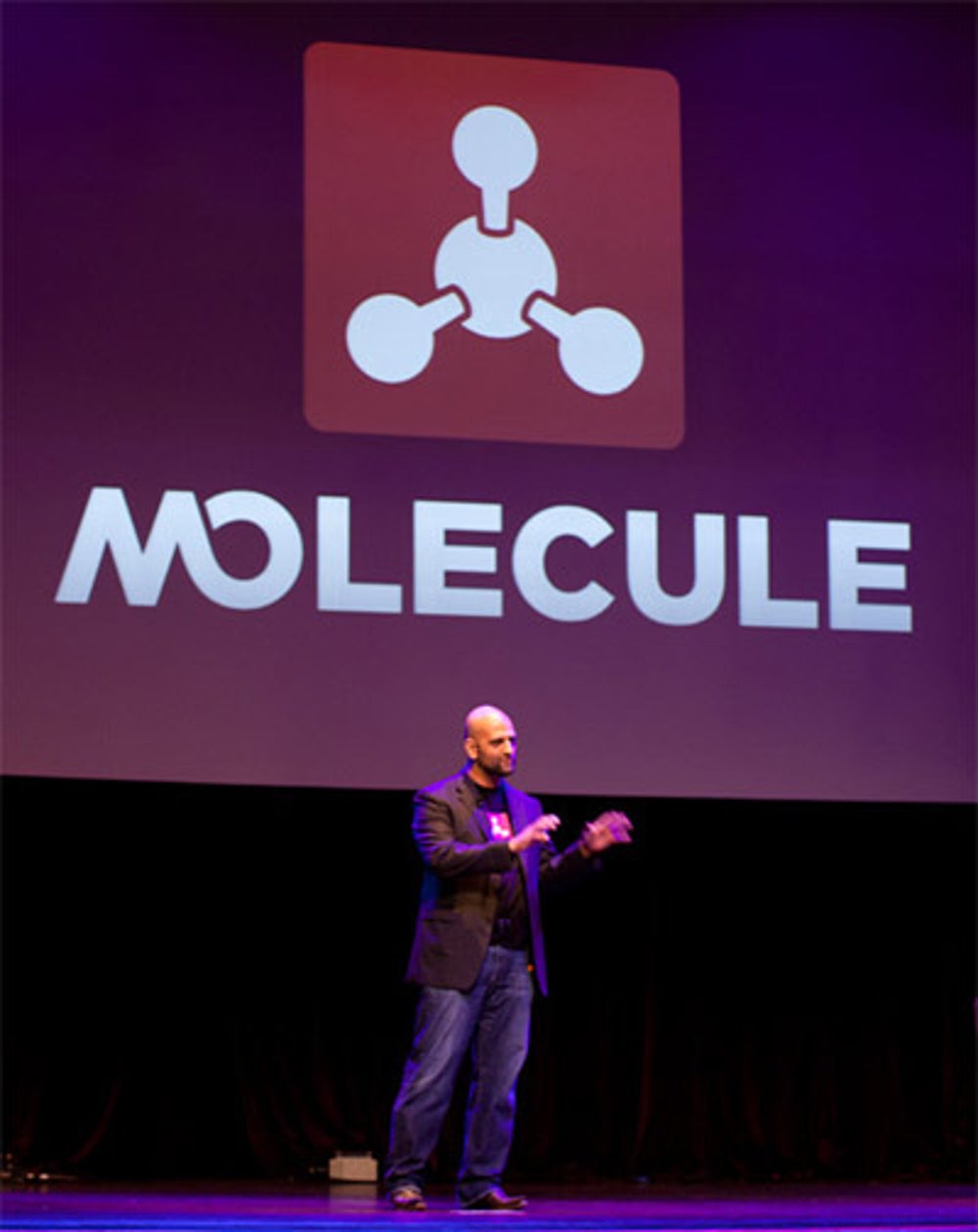 As energy consultants in the energy trading and software business, Randy Baker, Sameer Soleja and Adam Strickland had seen one too many difficult implementations of energy-trading software systems. They also had plenty of ideas about the shortfalls of existing systems. With that in mind, they teamed up and began designing a system that would answer the fundamental questions about energy risk.

After graduating from Surge Accelerator's first class of energy-focused startups, the team raised $450,000 in funding from angel investors and venture capital firms, including Mercury Fund and DFJ's Houston affiliate. The company is slated to release its first product, an easy-to-use hedging tool for local power companies, in late February. For energy software, "there's no better place to be," says Soleja, who is CEO. "We trip over energy experts wherever we go." 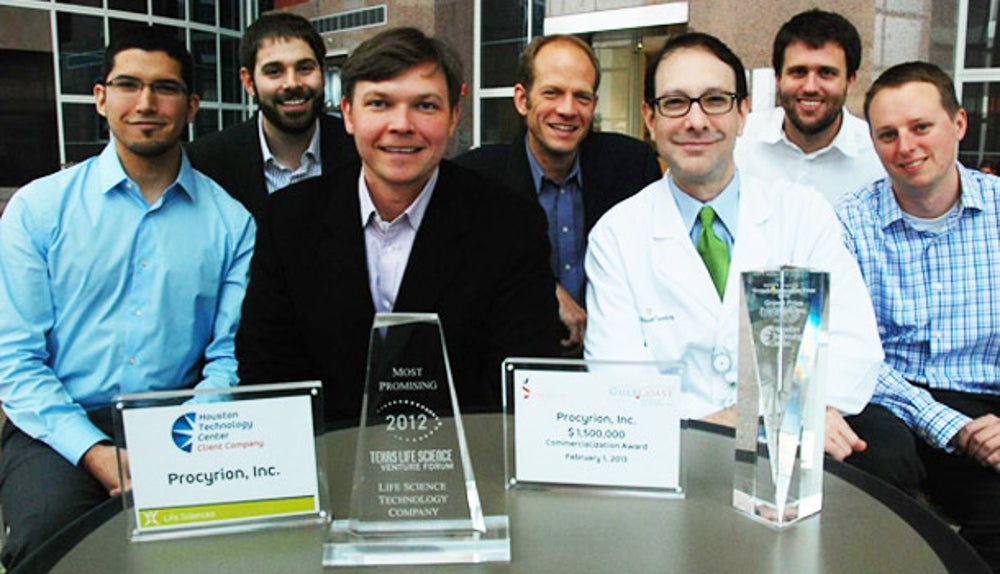 Though Dr. Delgado began working on the technology in 2005, the concept started taking shape in 2009 when he teamed up with scientist and entrepreneur Benjamin Hertzog, bio-engineering expert Michael Cuchiara and AlphaDev, a Houston-based seed-stage investor. Last year the team demonstrated proof of concept in a large animal study conducted in collaboration with the Texas Heart Institute and is now working toward their first human studies. The company has raised more than $2 million to date, including $750,000 from the state-sponsored Texas Emerging Technology fund, and was the 2012 Grand Prize Winner of the prestigious Goradia Innovation Prize. 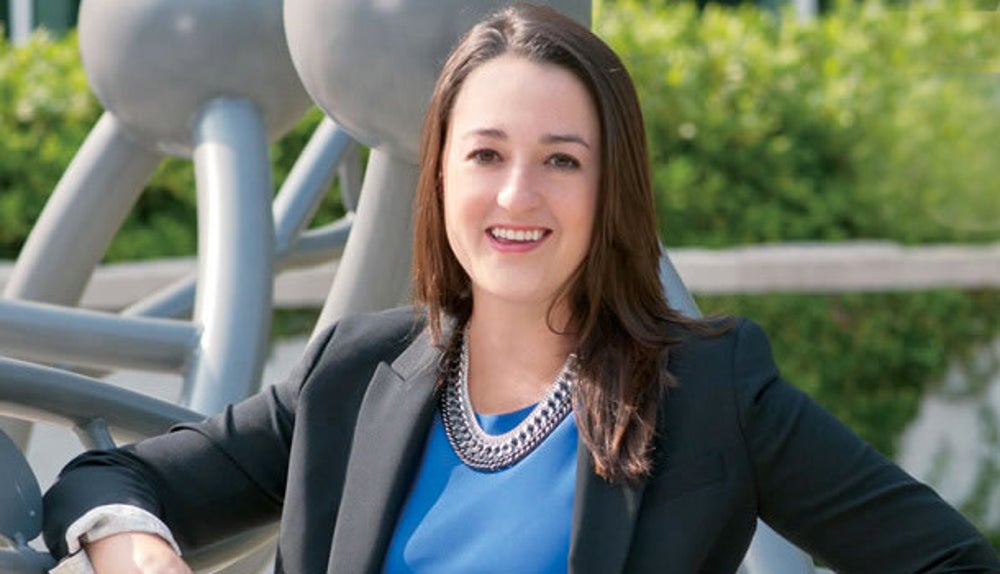 Hyperspectral imaging makes it possible to see what isn't visible to the naked eye, but it has traditionally relied on scanning, storing and processing data -- a process that is slow and inefficient.

In 2009, Rebellion Photonics founders Allison Lami Sawyer and Robert Kester began working on a solution that allows users to "see" the chemical composition of a scene in real-time.  While the technology has broad applications -- from crime scenes to food safety -- it's particularly useful for early and accurate detection of gas leaks on rigs and in refineries. The company, which has won a number of awards for its technology, recently completed its first large-scale installation at a refinery owned by BP. 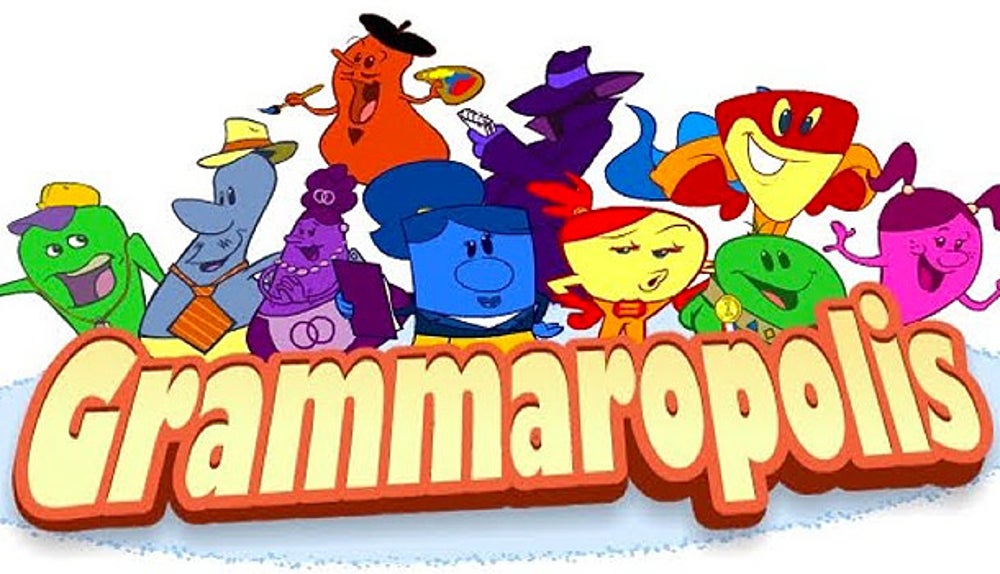 During his six years of teaching grammar to  7th graders, Coert Voorhees had the most success when using the power of characterization and storytelling in his lessons. That was the basis of Grammaropolis, where parts of speech (i.e. Nelson the noun and Vinny the action verb) show up as animated characters in books, songs, videos and interactive games. With $500,000 from individual investors, Voorhees launched the full iOS app in November and was featured by Apple with a banner on the front page of the education store and reached the Top 10 in multiple countries. The company is starting to sell site licenses to the web site directly to schools, and has a positive cash flow.