7 Computer Keyboards That Broke the Mold

Ashley Lee
August 27, 2013 min read
Opinions expressed by Entrepreneur contributors are their own.

Ready for a handy office upgrade? Microsoft has introduced its Sculpt Ergonomic Keyboard, dubbed "the Manta Ray" because of its shape. The wireless accessory's split design boasts a cushioned palm rest, an attachable riser and the option to bundle with a separate numeric keypad and a mouse that's much more spherical than whatever is hovering under your hand right now.

So far, the Sculpt is earning favorable reviews: All Things D praises its thin and light design that effectively lessened wrist strain after a week of use, and Mashable says "preventing stress injuries never looked so good."

It's not often that the tech world gets this excited about, of all things, a keyboard. Then again, some keyboards are too unique to ignore.

Here's a look at seven of them. 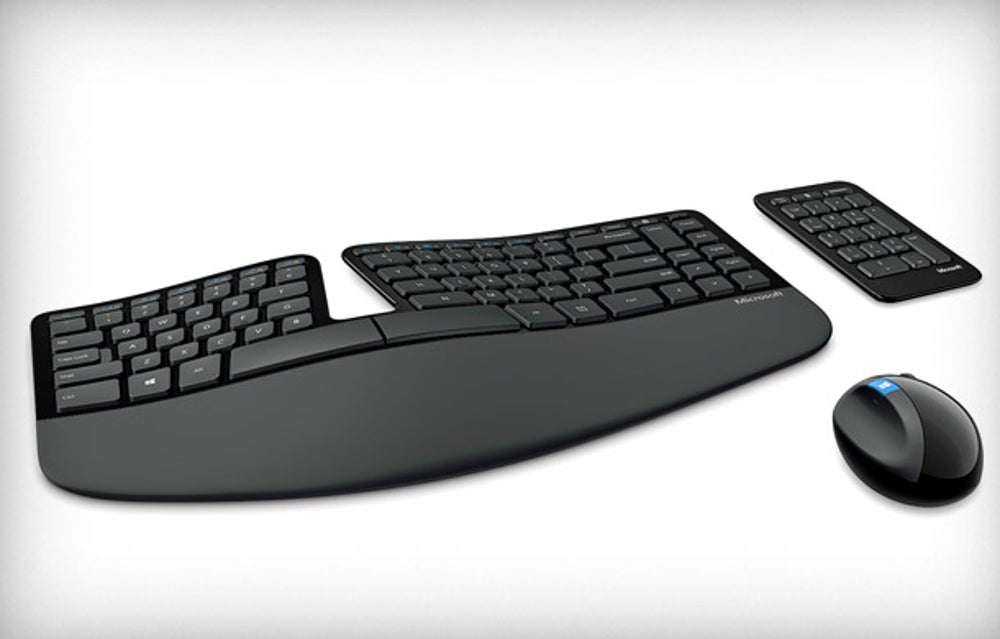 The breakthrough bundle includes the split, cushioned keyboard, detached keypad and mouse – all synced with a unified wireless receiver. Though Microsoft representatives say the design takes a couple weeks to get used to, the features are meant to lessen wrist strain without breaking the bank. 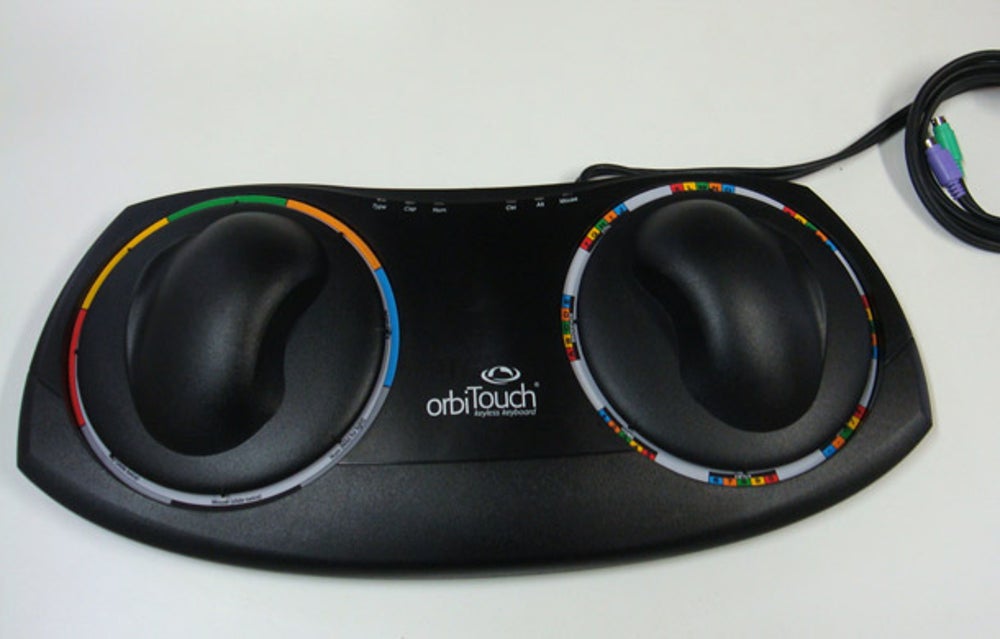 Who says a keyboard needs actual keys? Ideal for those with injuries that interfere with finger or wrist motion, this keyless keyboard allows a user to type 128 different keys by moving the two domes in various directions. The keyboard also has a built-in mouse mode. 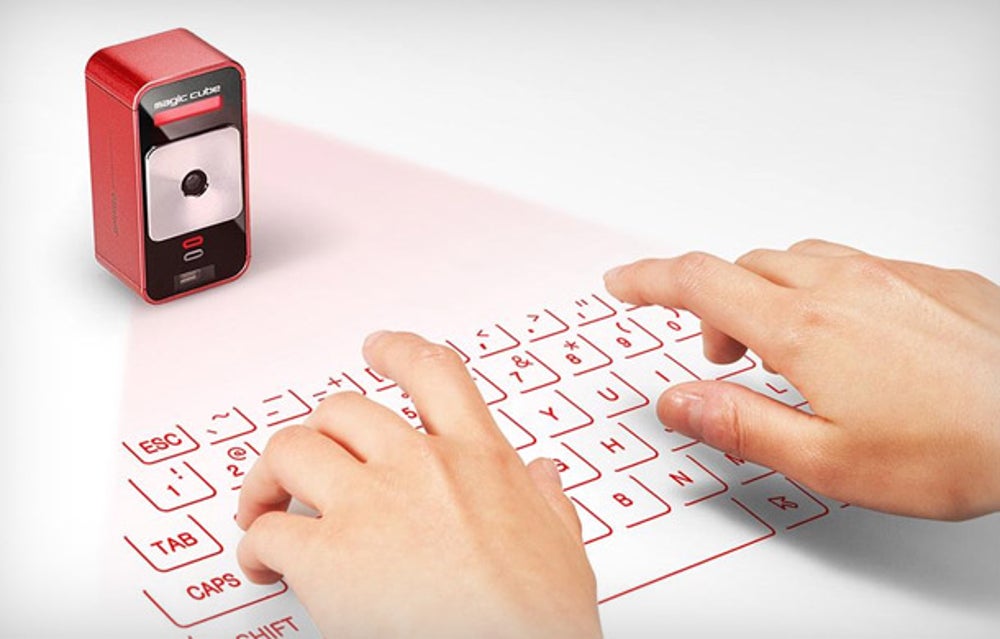 If standard keyboards are too bulky for your on-the-go work schedule, this tiny cube magically transforms any flat, opaque surface into a keyboard and touchpad, synced to devices via Bluetooth. The pocket-size device is less than three inches tall and is available in four colors. 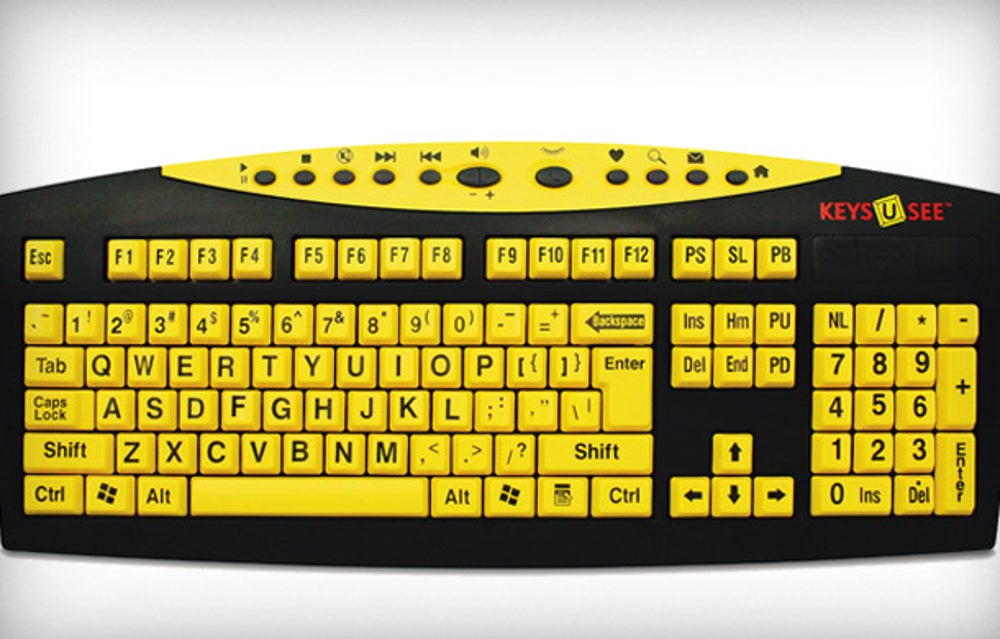 Forget about reading the fine print. Whether you’re visually impaired or simply drained from staring at the computer screen for too long, these Keys-U-See keyboards are equipped with magnified letters on brightly-colored keys. The keyboard also contains much-needed shortcuts for email and setting the computer to sleep mode. 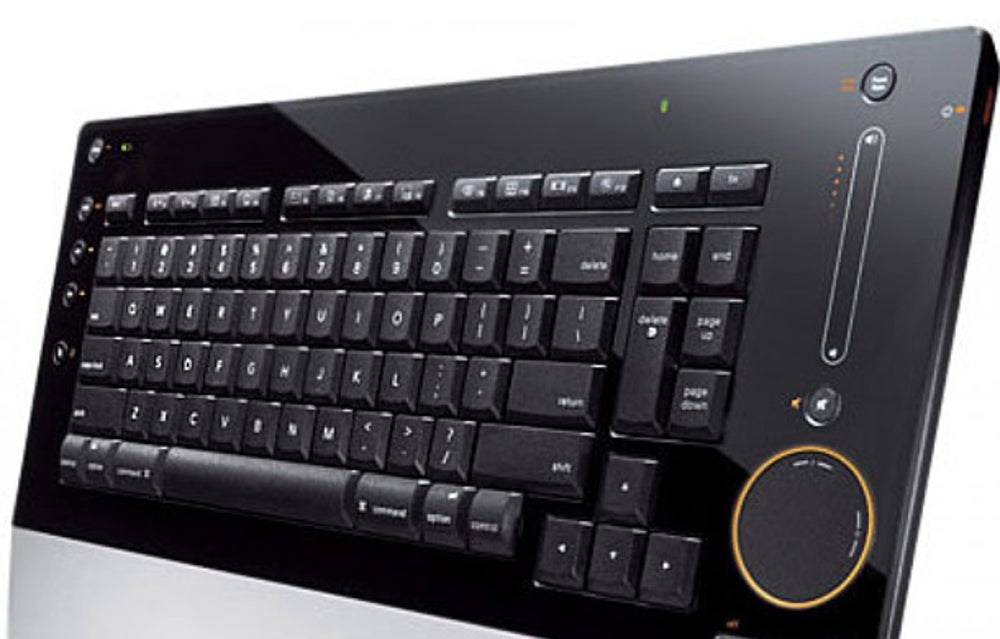 Cut entirely from a single piece of semitransparent Plexiglass and set in an aluminum frame, this sleek and rechargeable piece calls for an upgrade to the rest of the office décor. No need to distract with a mouse – the side panel includes volume controls and a TouchDisc touchpad. 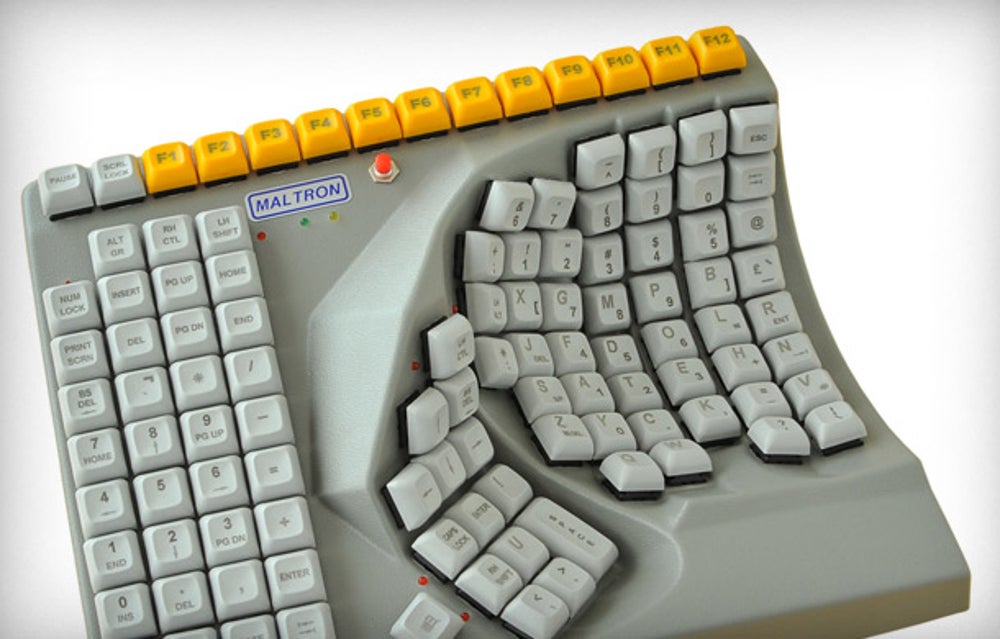 Maltron’s keyboards are designed to be used with just one hand – a perk for those who can't seem to put down the coffee cup. The company says the shape of the keyboard matches the hand's natural movement. The device is available for both left-handed and right-handed users, with keys customized for each country shipped. 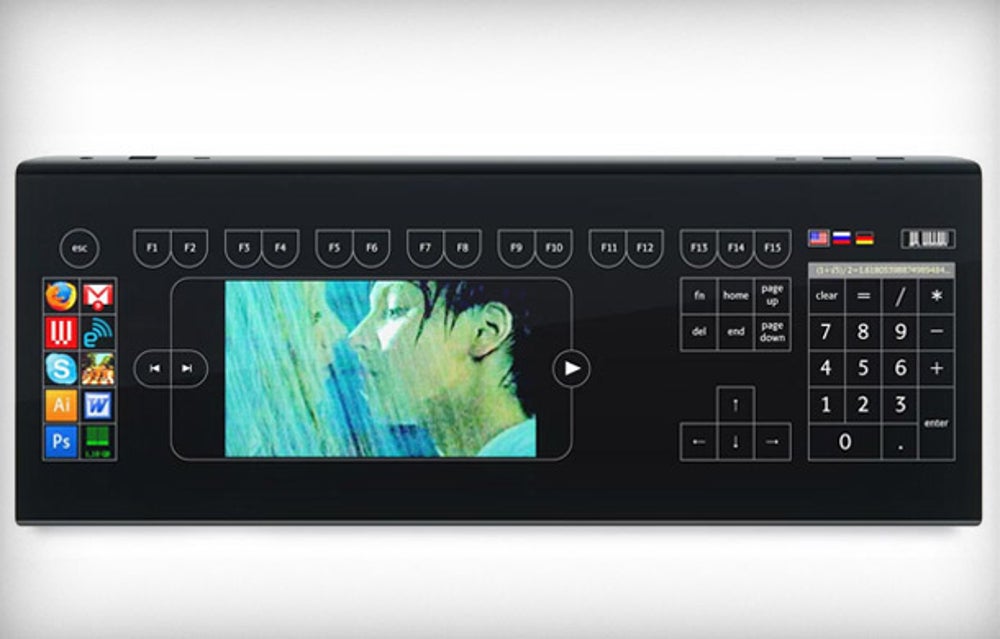 Since the keyboard is entirely digital, any part of its surface can be programmed to perform specific functions (a touch color palette for graphic designers, for example) or even display images. The product received dismal reviews when released in 2007 and has since reverted to concept phase, but perhaps the tech world has come full circle now that mobile phone and tablet users are well-accustomed to touch keyboards.