From Beethoven to Marissa Mayer: The Bizarre Habits of Highly Creative People


If you want to be successful, you may need to get a little weird.

According to Harvard psychologist Shelley Carson, eccentric people tend to be more creative because of something called "cognitive disinhibition."Basically, creative folks have less of a filter on their thoughts and actions, which makes them more likely to do things that don’t follow the norms of behavior.

Looking at the lives of immensely successful people, it becomes clear that strangeness has its benefits. From Marissa Mayer's eccentric sleeping schedule to Ludwig van Beethoven's affinity for composing in the bathtub, here's a look some weird habits that have fueled success.

Yoshiro Nakamatsu would starve his brain of oxygen to get big ideas. 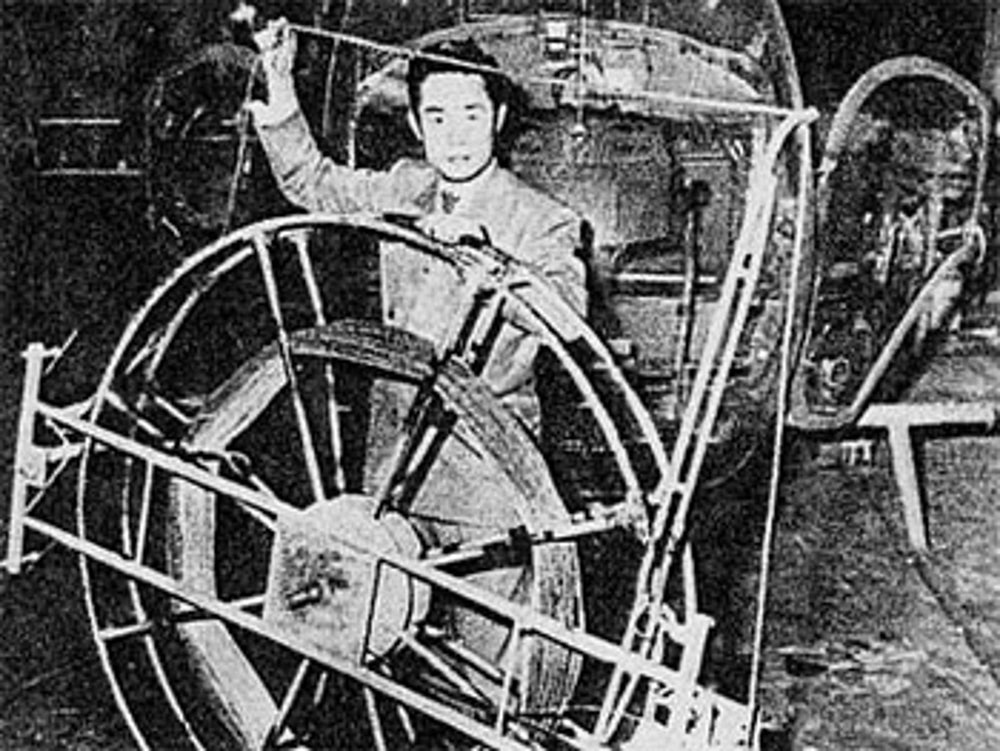 At 85, Nakamatsu is one of Japan's greatest inventors. He patented the floppy disk back in 1952 and has racked up 3,300 patents. He's the father of the karaoke machine, the sauce pump, the taxicab meter, and the digital watch.

To feed his inventiveness, he likes to push his brain and body to the limit. He regularly goes swimming and holds his head underwater to the point of nearly drowning.

“To starve the brain of oxygen,” he once explained, “you must dive deep and allow the water pressure to deprive the brain of blood. Zero-point-five seconds before death, I visualize an invention.”

Then he jots down his inspiration on an underwater notepad and heads back to the surface.

Jonathan Franzen works with a blindfold to keep his concentration. 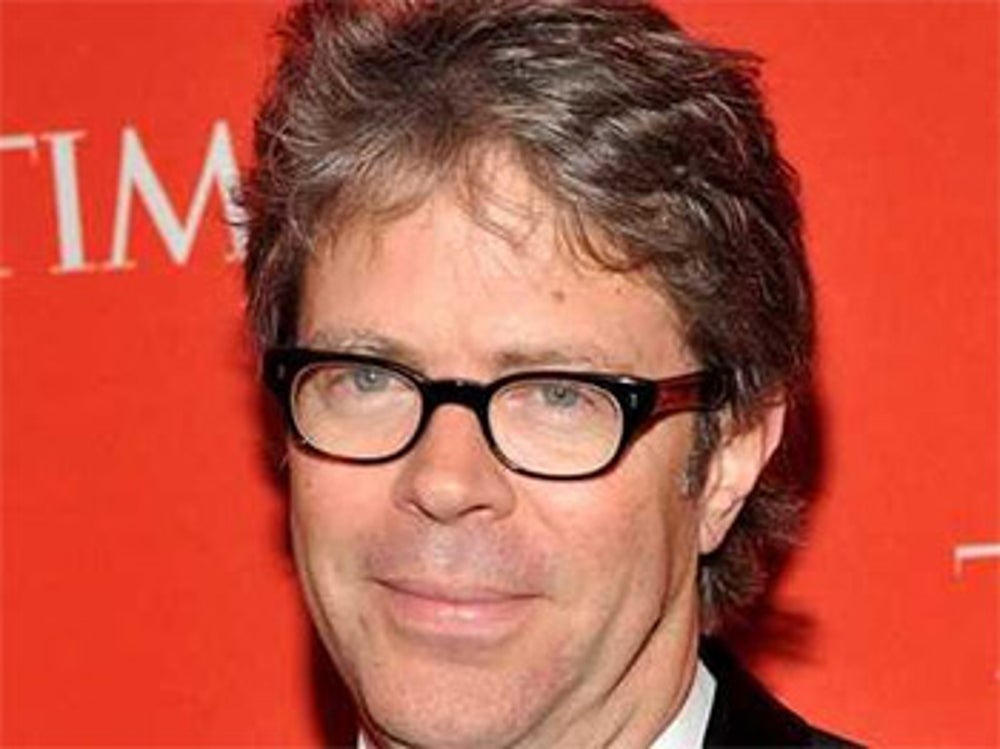 In an era of 140-character messages, Franzen composes serious fiction. His books "The Corrections" and "Freedom" capture the endemic weirdness of American families.

But to write his 500-page novels, Franzen goes beyond just boycotting social media. He blocks out all sensory stimuli. As the New York Times reports, he writes with earplugs, earmuffs, and a blindfold when he really needs to concentrate.

''You can always find the 'home' keys on your computer,'' he said. ''They have little raised bumps.''

Ludwig van Beethoven developed his ideas in the bathroom. 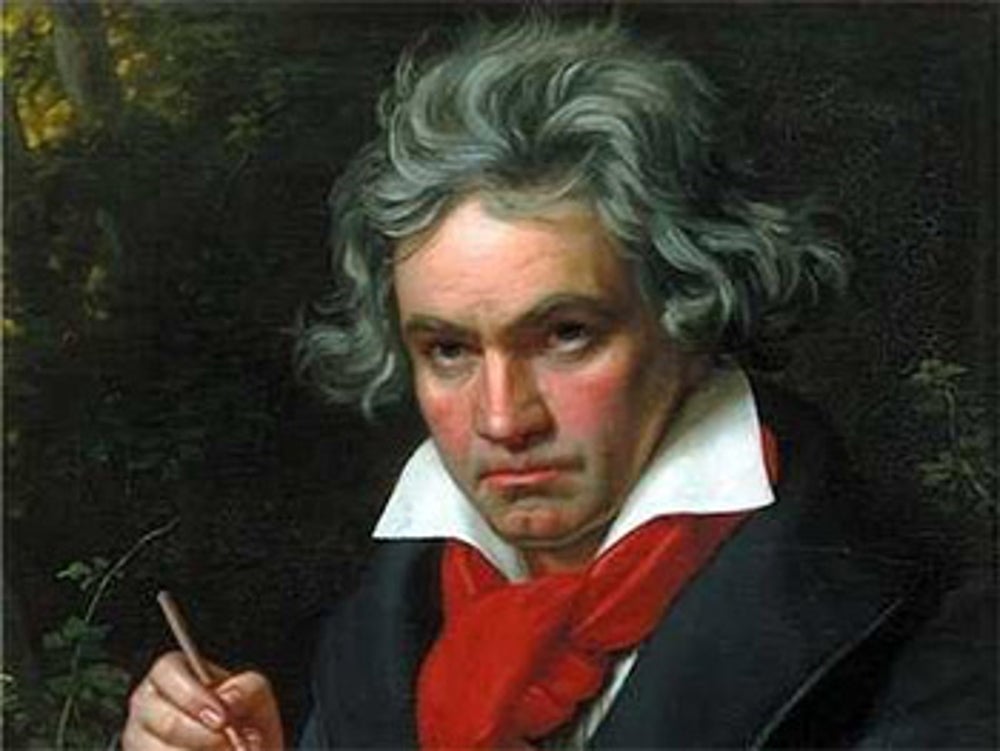 Though he famously went deaf, Beethoven became one of the world's most influential composers with works such as "Moonlight Sonata."

Surprisingly, baths were a part of his workflow.

His student and secretary Anton Schindler wrote that the composer would stand at "his washstand and pour large pitchers of water over his hands, bellowing up and down the scale or sometimes humming loudly to himself."

Then he'd stride around the room rolling his eyes, writing down notes, and continue pouring water and singing.

"These were moments of deep meditation," Schindler said, "to which no one could have objected."

While the splashing annoyed his neighbors, Beethoven was onto something: We get our best ideas in the shower.

Thomas Edison refused to sleep when he was on a roll. 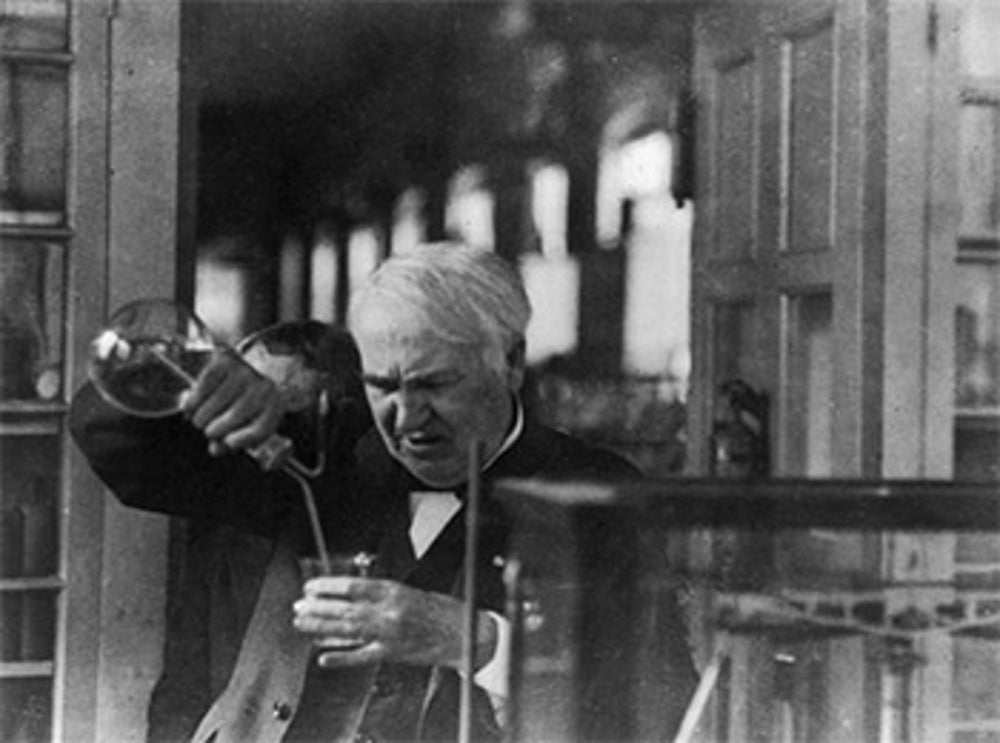 While Edison would sneak in a power nap, he usually slept as little as possible -- only three hours a night.

He thought sleep was "a heritage from our cave days" and a waste of time.

That's why he would work for a reported 72 hours straight before finally closing his eyes. That marathon work ethic led to the invention of the phonograph, the alkaline battery, a better lightbulb, and some 1,093 patents.

"We are always hearing people talk about ‘loss of sleep’ as a calamity," he wrote in a 1921 letter. "They better call it loss of time, vitality, and opportunities."

Related: 3 Ways Your Smartphone Wrecks Your Sanity, Productivity, And Focus

Marissa Mayer has slept at her desk for maximum productivity. 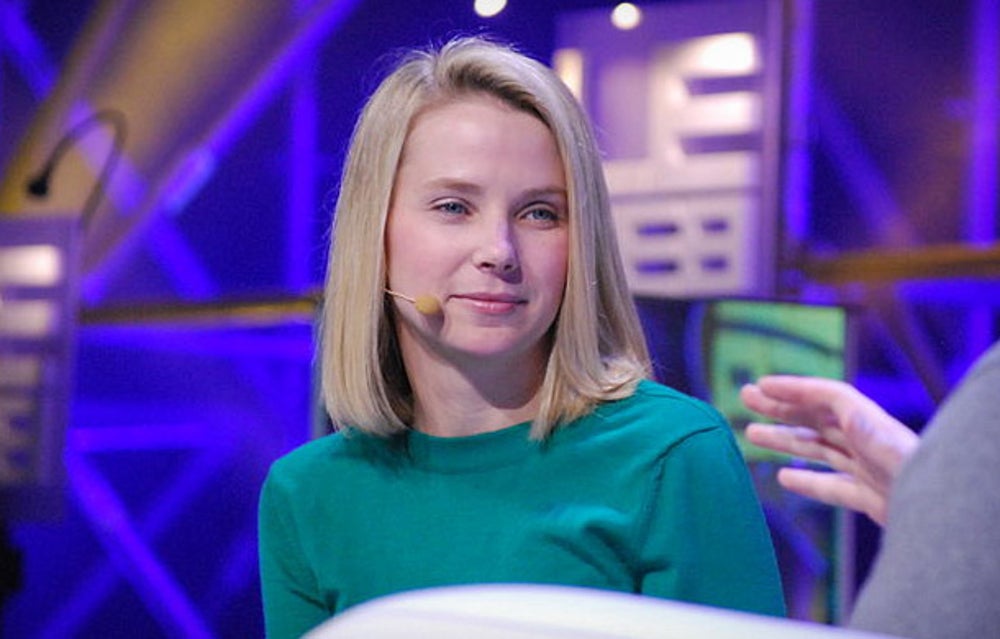 Mayer likes to get deeply invested in a project to encourage breakthroughs. When the Yahoo CEO was working at Google, she would devote 130 hours a week to the search company. To do so, she would sleep at her desk and get "strategic" with her showers. It's all part of maximizing her waking hours, and one reason you'd rarely find her without a laptop.

How does she prevent burnout? She's reported to take a week-long vacation every four months. 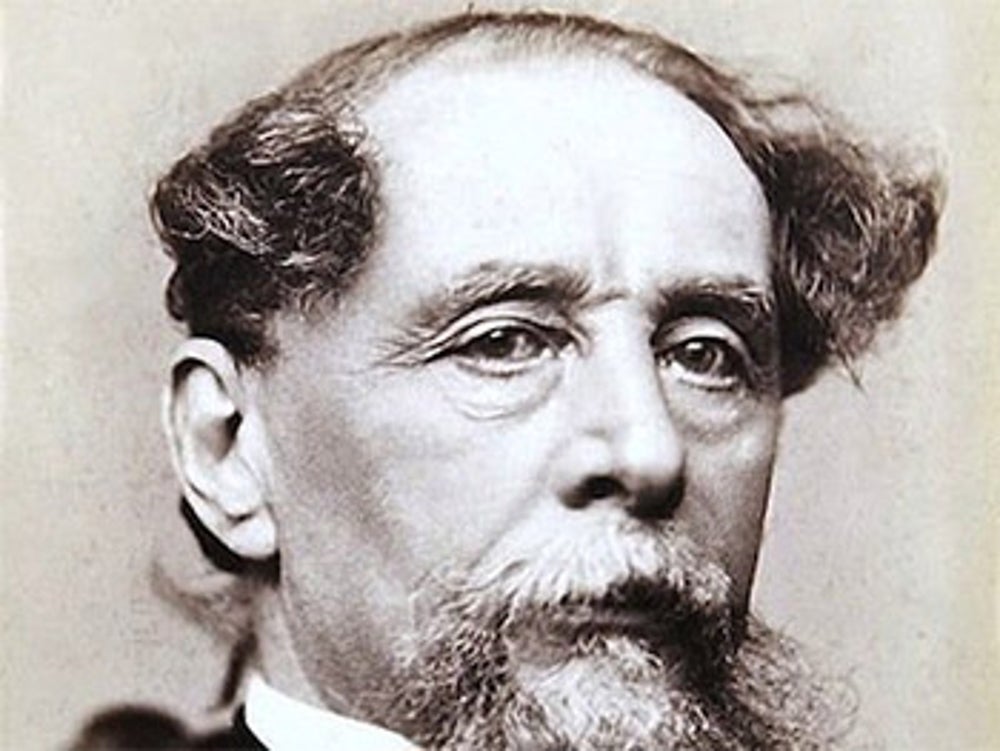 When Dickens wasn't writing "Great Expectations" or pointing his writing desk to the north, you could find him at the Paris morgue, looking at dead bodies.

This was part of his "attraction to repulsion," which also brought him to crime scenes where he liked to play detective.

Trying to solve the crimes, some argue, trained the writer in critical thinking -- the kind needed for his complex novels.

Maya Angelou kept a hotel room to block everything out and write her best works. 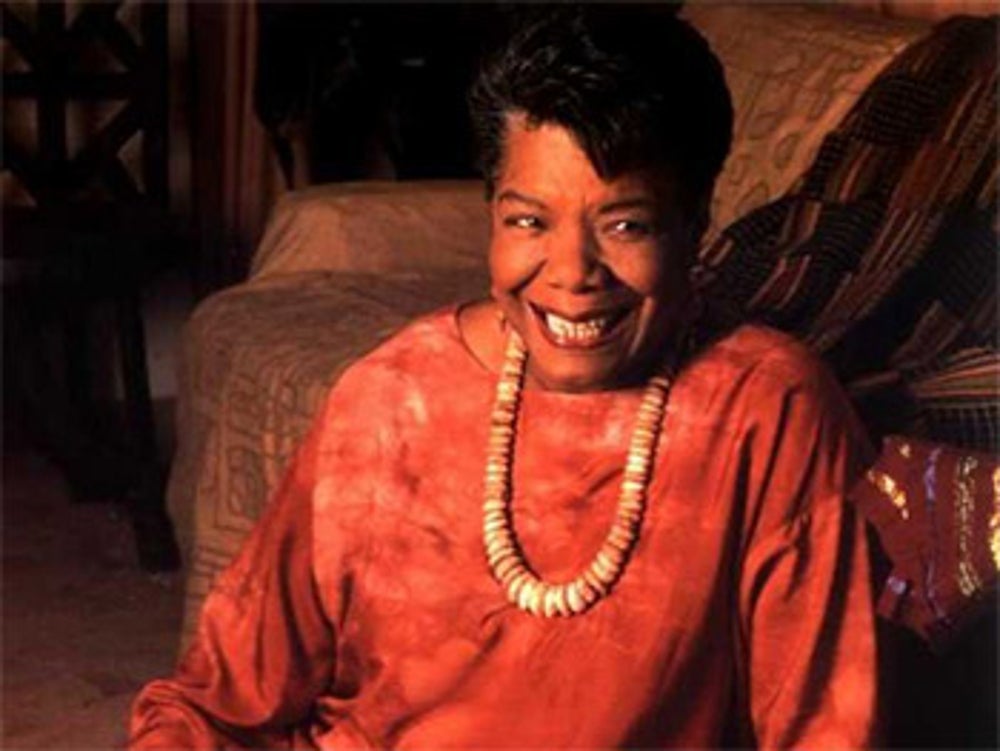 To say that this author and poet is prolific is an understatement. In over 50 years of writing, she's produced many autobiographies, several books of poetry, films, and television shows. She's also been awarded the Presidential Medal of Freedom, the highest civilian award in the U.S.

Her secret: a tiny hotel room, where she'd go from 7 a.m. to 2 p.m. with a dictionary, a Bible, a deck of cards, and a bottle of sherry to get her creative juices going.

"I’ll stay as long as it’s going well," she said in an interview. "It’s lonely, and it’s marvelous."

The psychologist B.F. Skinner measured his hours and productivity obsessively. 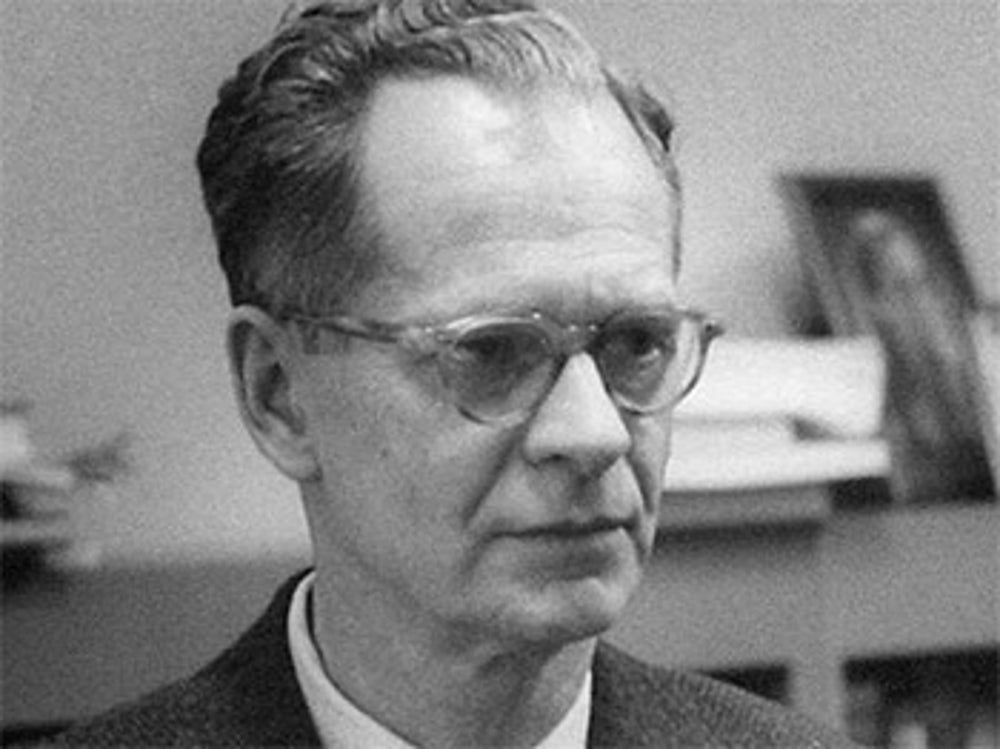 Skinner helped found behaviorism, a formative school of 20th century psychology. According to his thinking, all our actions can be measured, trained, and changed, if we only pay attention to the inputs and the outputs.

Quite fittingly, Skinner conditioned himself.

As Mason Currey notes in "Daily Rituals," Skinner started and stopped his workdays with the buzz of a timer. He tracked the hours he worked and the words he produced along a graph. Sixty years before the quantified self movement became cool, Skinner was using numbers to better his production. 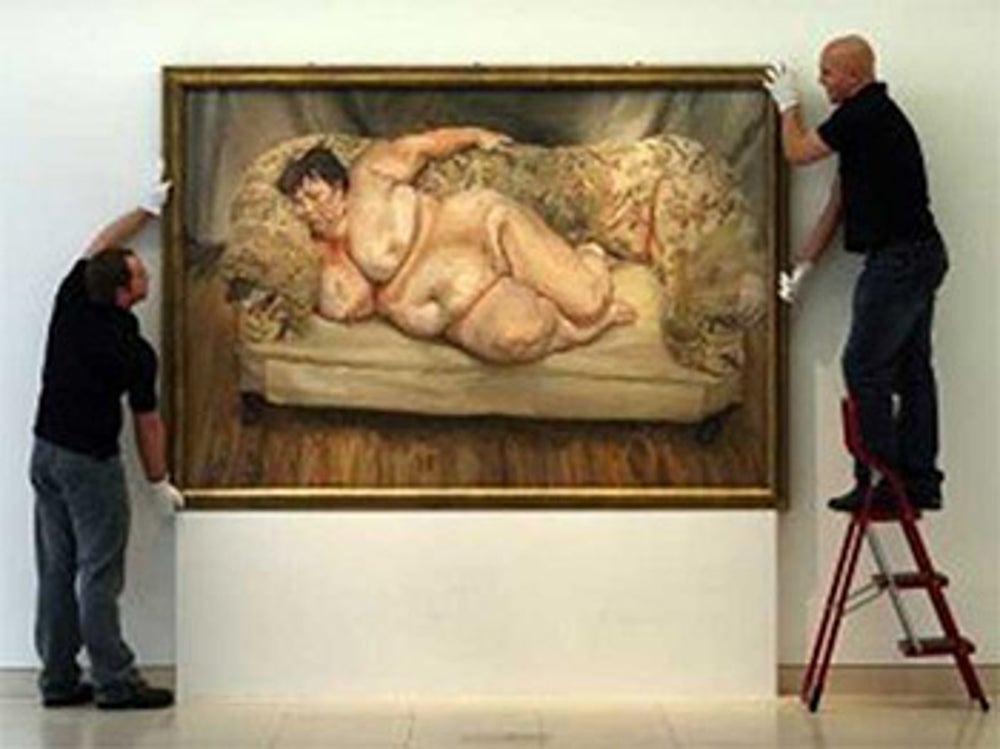 Bacon, a British artist who painted gruesome and intense portraits, lived the high life. Bottles of wine, beers at the pub, and drinks at private clubs were a daily routine.

Interestingly, all the imbibing and hard living helped his creativity.

“I often like working with a hangover,” he said, “because my mind is crackling with energy, and I can think very clearly.”

Related: 7 Philosophies That Have Made Apple Designer Jony Ive A Legend

How to Break Your Old Thought Patterns and Be Truly Innovative