On Its 20th Birthday, 20 Fascinating Facts About Amazon That You Didn't Already Know

The world’s largest online retailer is turning 20 years old tomorrow, and in honor of this milestone, we’ve compiled a list of 20 little-known facts about Amazon -- as well as its intrepid founder, Jeff Bezos.

From Amazon’s humble beginnings out of a Bellevue, Wash., garage to its uncanny corporate culture to swirling anxieties about its eventual profitability, here’s a peek behind the walls of the storied ecommerce giant:

1. Bezos was an impossibly handy toddler. 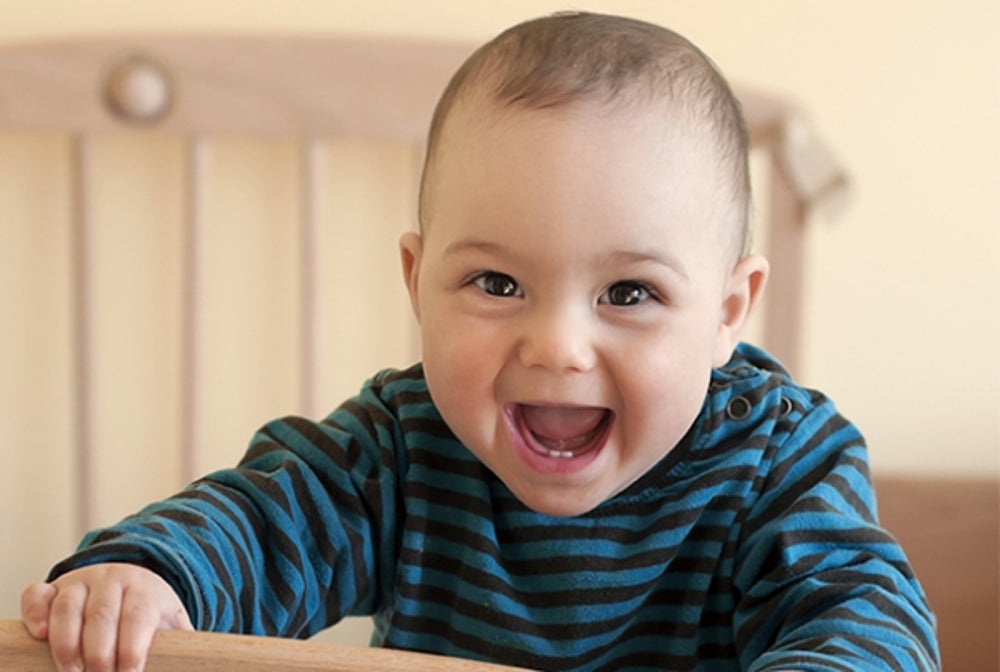 Image credit: Shutterstock
At the ripe age of three, Jeff Bezos is said to have disassembled his crib with a screwdriver because he wanted to sleep in a big-boy bed.

2. Bezos' father was a circus performer. 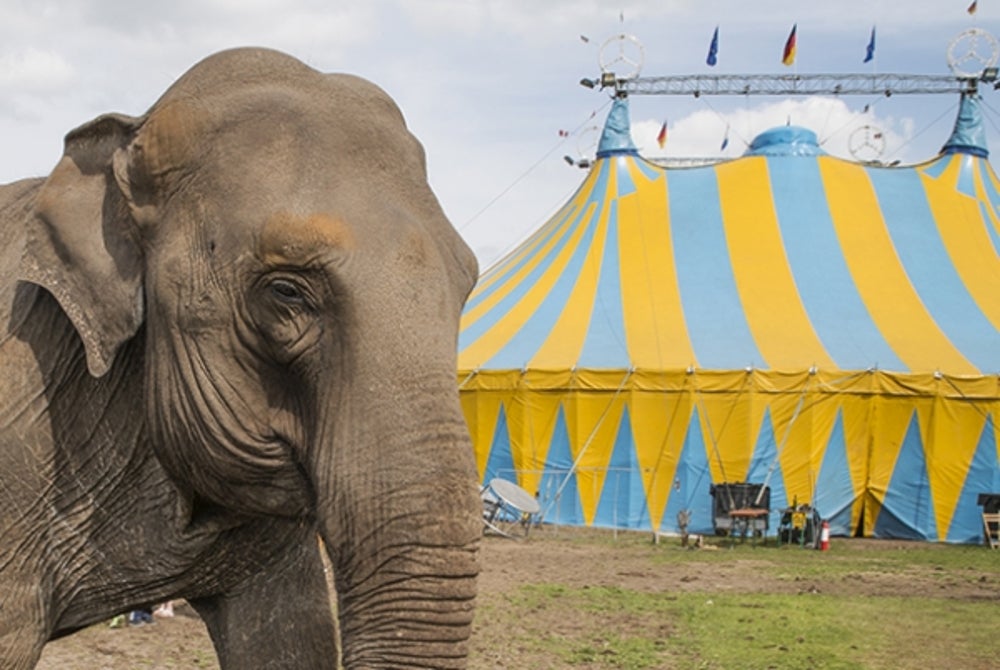 Image credit: Shutterstock
Ted Jorgensen, Bezos' biological father, was a high-wire unicyclist who became estranged from his young son after Bezos’ teenage mother left him and subsequently remarried. Today, Jorgensen owns a small bicycle shop in Arizona, and only recently discovered that his son had become one of the world’s most successful entrepreneurs. 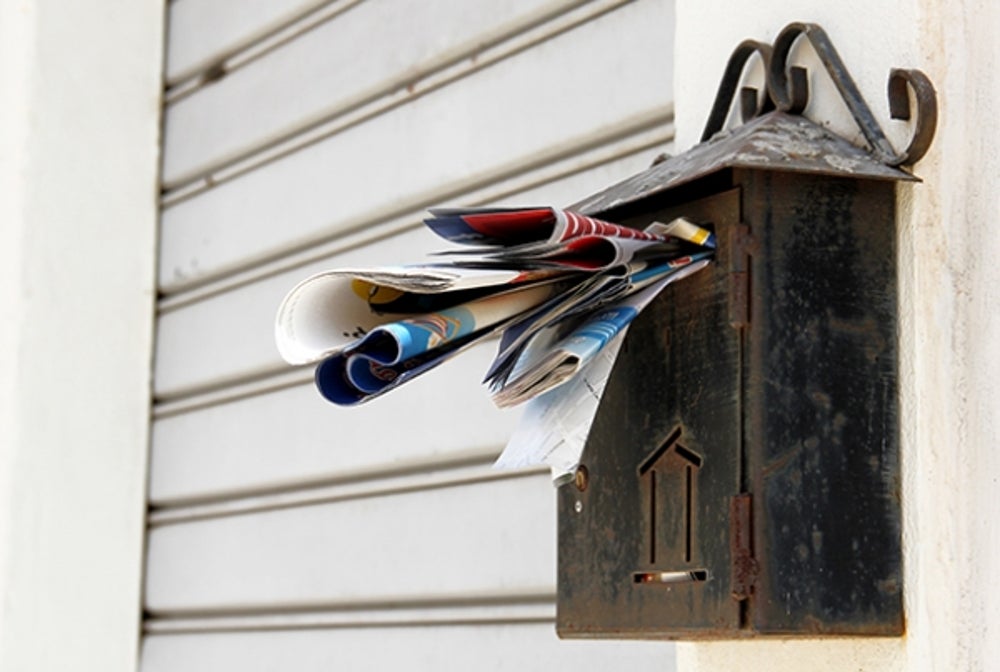 Image credit: Shutterstock
Add Amazon to the long list of tech companies -- including Google, Apple and Microsoft -- that were founded out of garages. Bezos’ former house in Bellevue, Wash., reportedly still touts a second, oversized mailbox for all the book catalogs he received in the company’s early days. 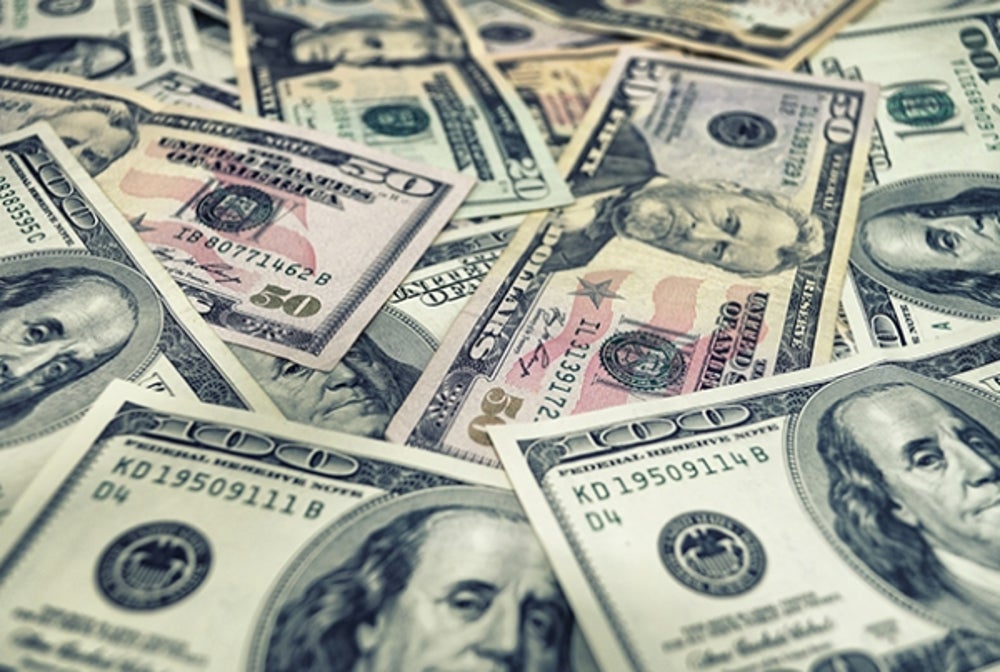 Image credit: Shutterstock
Amazon began its life as a book e-tailer, and its first sale was Fluid Concepts and Creative Analogies -- a research tome about artificial intelligence and machine learning -- on April 3, 1995. 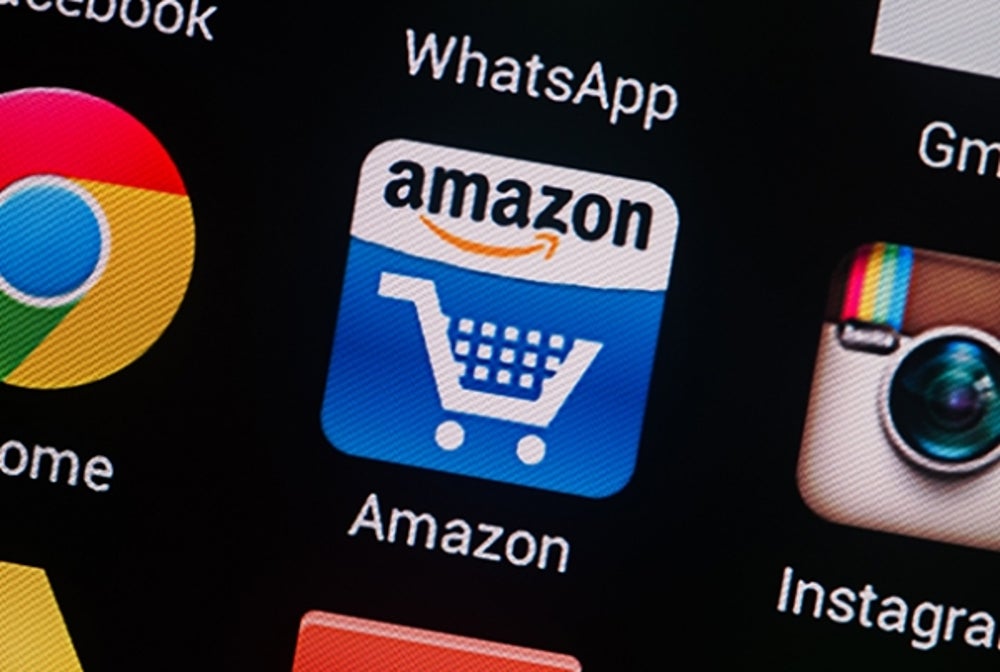 Bezos originally wanted to call his company Cadabra (as in ‘Abracadabra,’) but scrapped the idea after someone misheard the moniker as ‘cadaver.’ Another early contender was Relentless.com, a web address that still redirects users to Amazon today.

Related: How to Name a Business

6. The Kindle initially had another name, too. 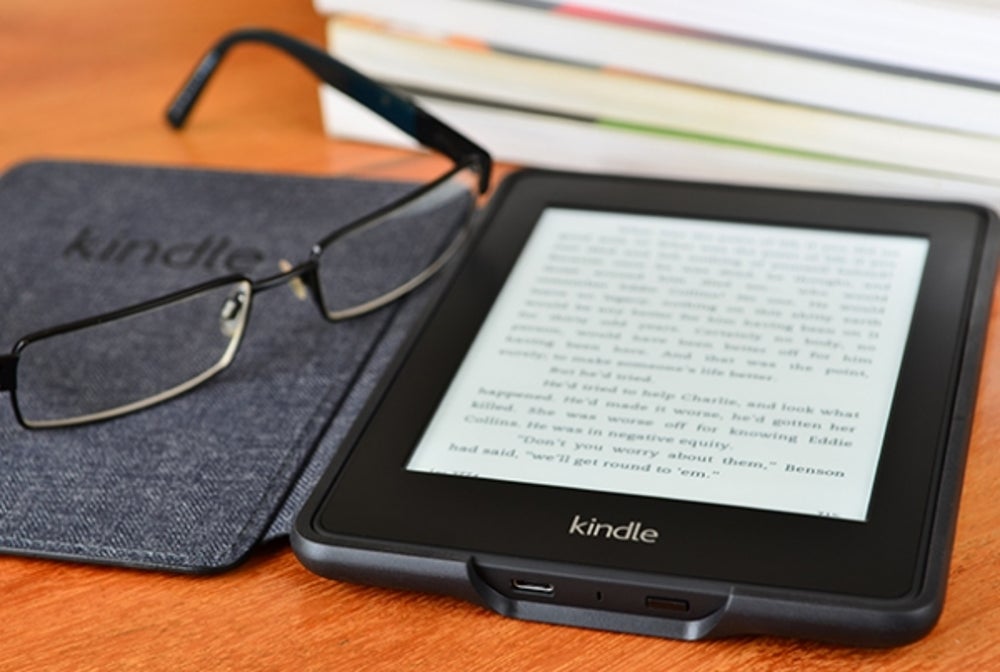 While in development, the device was codenamed Fiona, after a character in Neal Stephenson’s The Diamond Age -- itself a sci-fi novel about an interactive book. 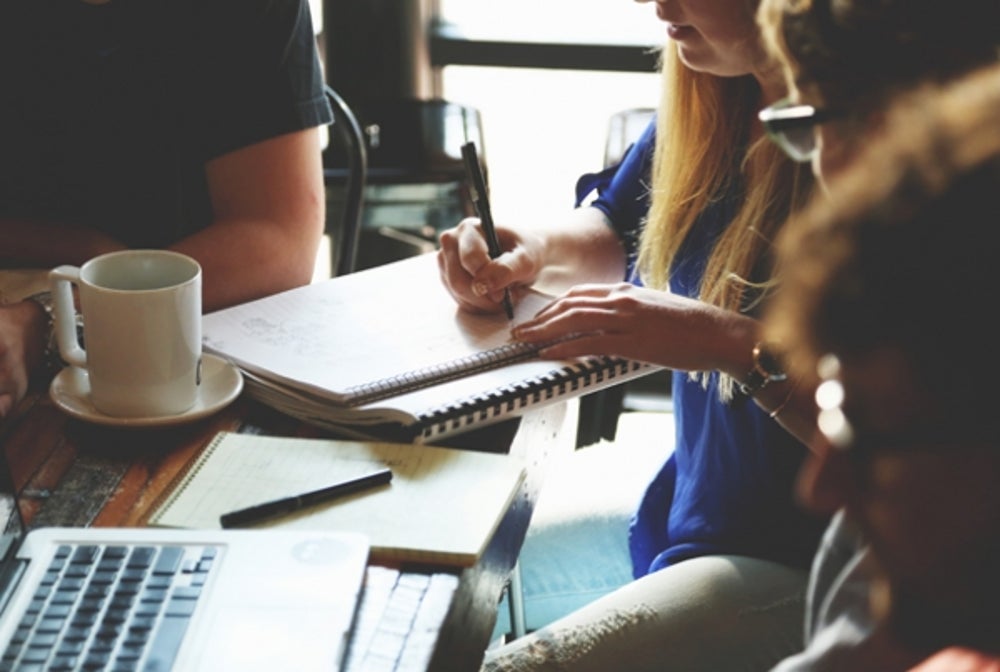 PowerPoint presentations, for instance, are banned by the company. Instead, all meetings begin with a silent, 30-minute reading session about the topic at hand. This is to emphasize critical thinking over oversimplified stats. 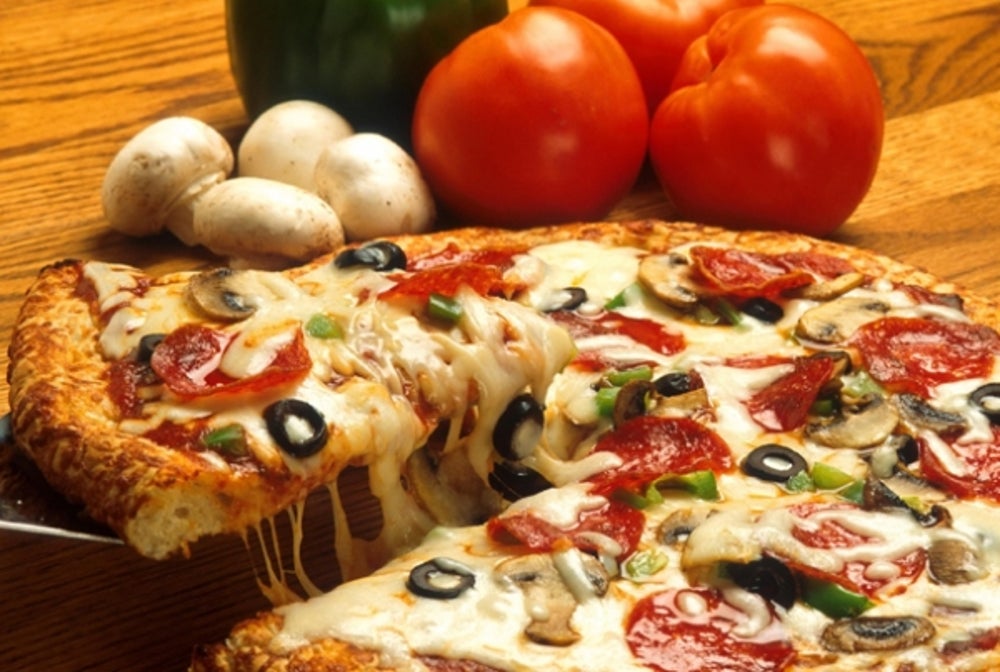 Amazon encourages teamwork, but suggests that teams on each project are limited to the number of people who could theoretically be fed by two pizzas.

9. Desks made out of doors. 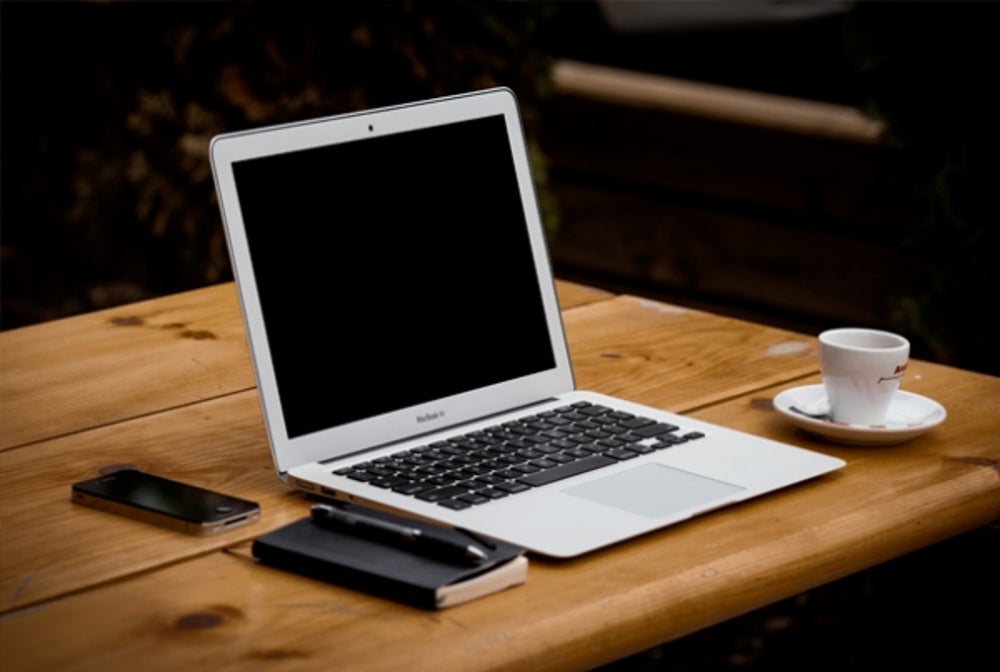 Image credit: Pexels
As a cost-savings measure in its early days, Amazon constructed desks from cheap doors and sawed-off two-by-fours. The company still reportedly hands out a “Door Desk Award” to employees who help implement any particularly thrifty ideas. 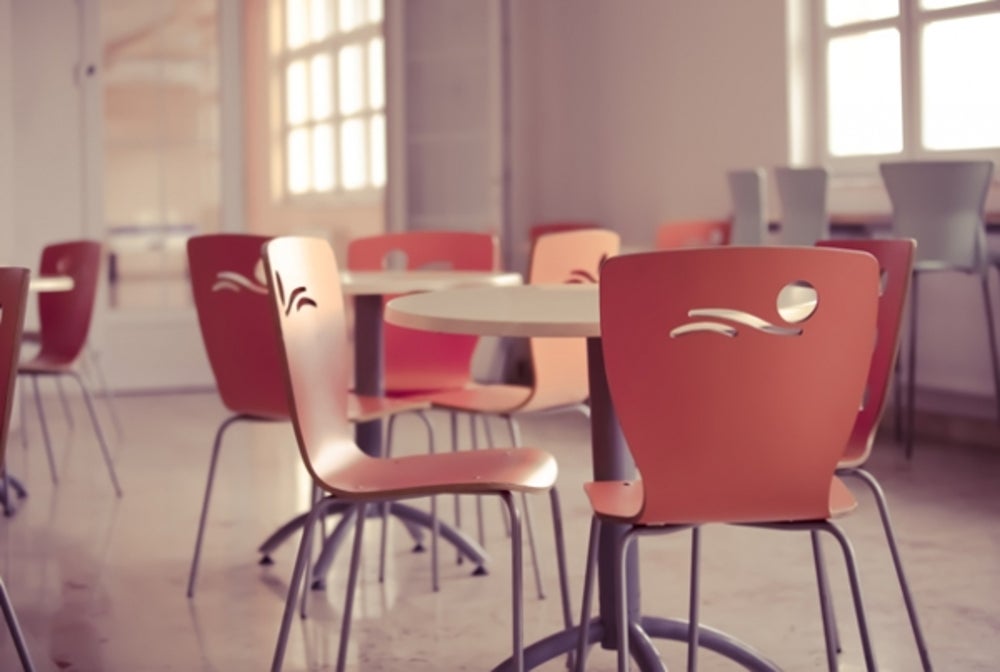 Amazon stands in stark contrast to the slew of tech companies that offer awesome and absurd corporate perks. Cafeteria food isn’t subsidized, lightbulbs have been removed from vending machines to save electricity, and new hires receive a backpack containing a power adapter, a laptop dock and orientation materials -- which they are asked to return if they ever resign. 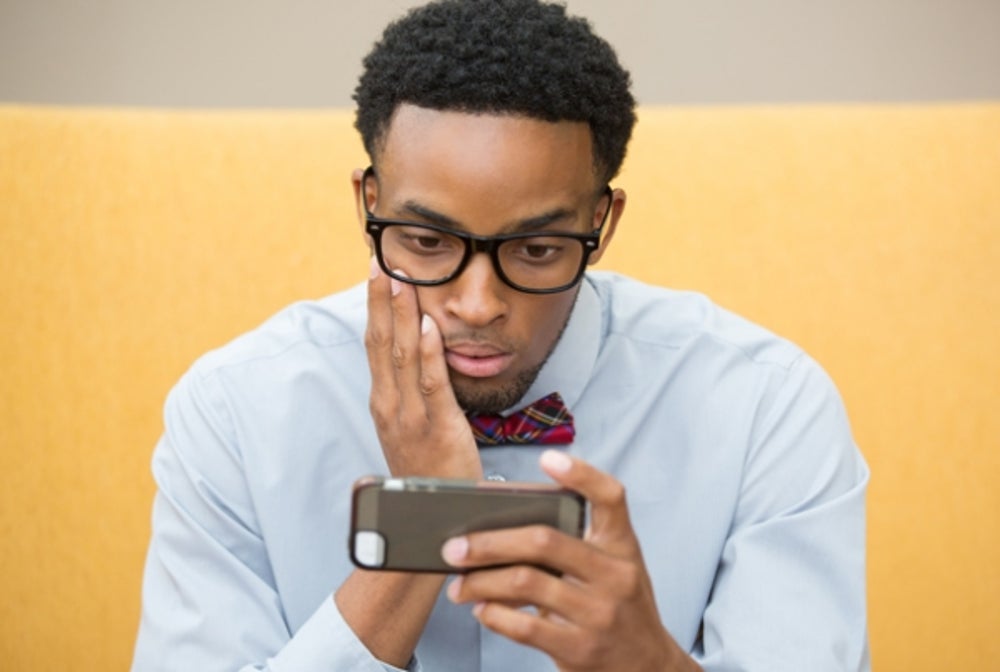 Bezos reportedly fields questions from the public at jeff@amazon.com. When valid complaints arise, he forwards them to appropriate employees with a simple -- though slightly terrifying -- ‘?’ in the body of each message. 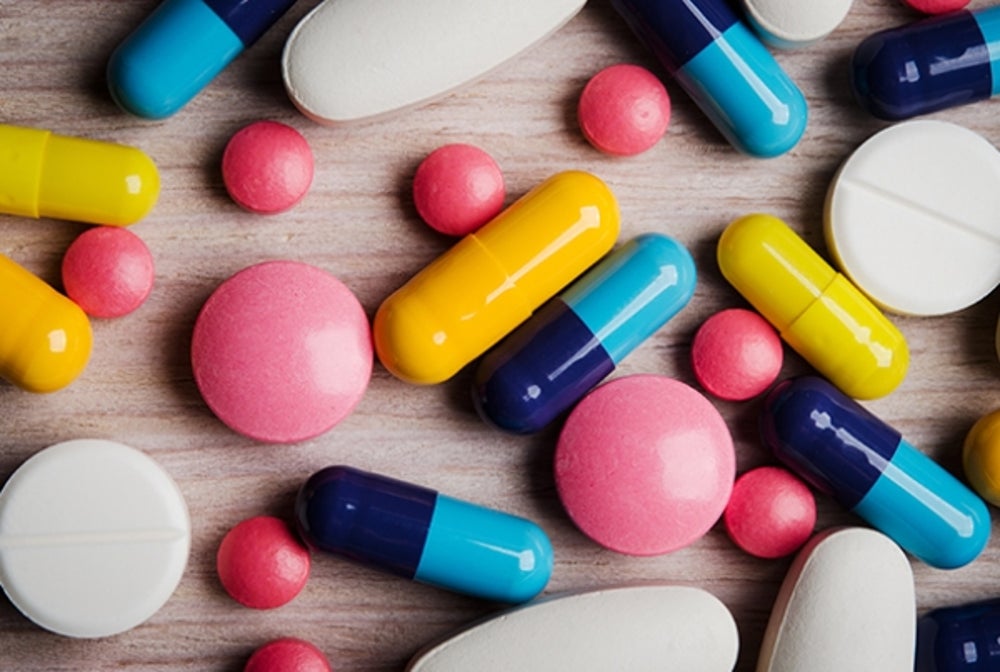 Image credit: Shutterstock
Bezos is also notorious for his angry outbursts at colleagues. Some of his most vicious jabs, according to former employees, include: ‘I’m sorry, did I take my stupid pills today?’ and ‘If I hear that idea again, I’m gonna have to kill myself.’ 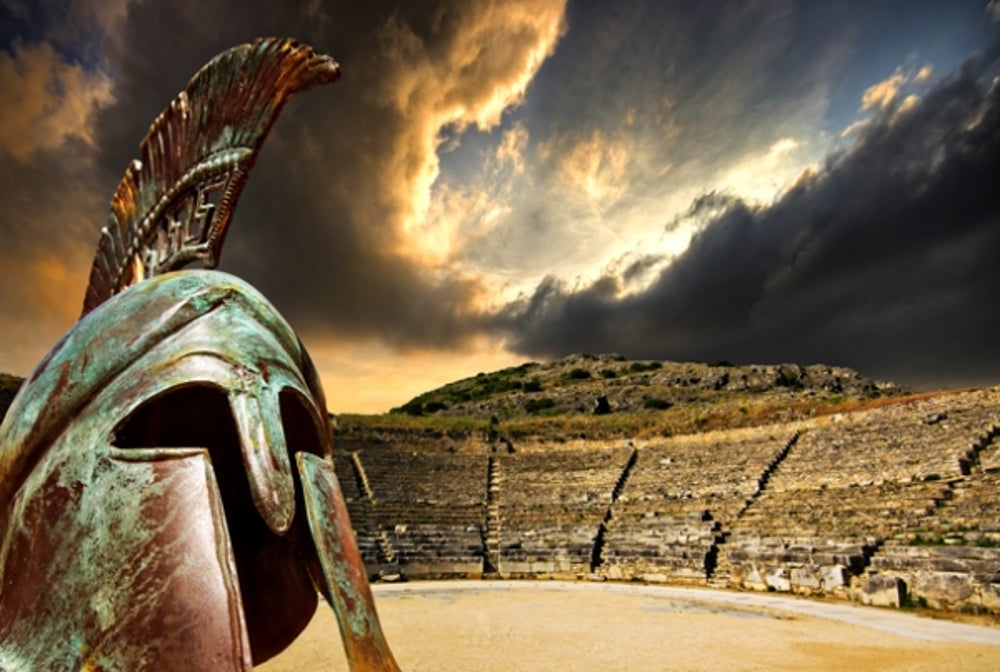 “Leaders come forward with problems or information, even when doing so is awkward or embarrassing,” reads one of the company’s hiring principles. Rather than a socially cohesive office, Bezos is said to prefer “an adversarial atmosphere with almost constant friction.” 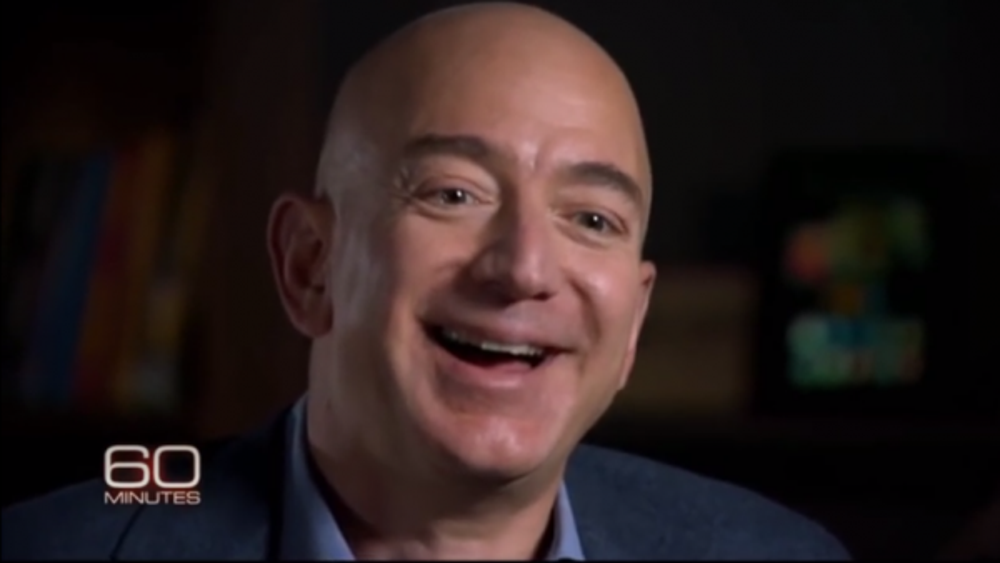 Biographer Brad Stone describes Bezos’ laugh as “a cross between a mating elephant seal and a power tool.” (See here.) “You can’t misunderstand it. It’s disarming and punishing,” a former employee said. “He’s punishing you.” 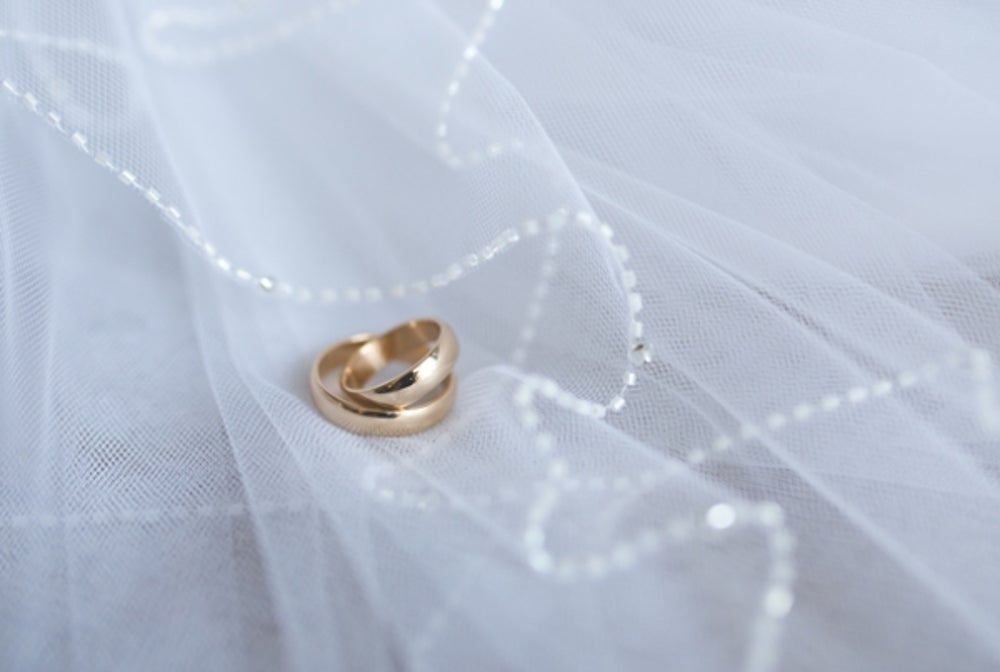 Bezos met his wife, MacKenzie, when he was working at a hedge fund in the nineties. “My office was next door to his, and all day long I listened to that fabulous laugh,” she told Vogue in 2013. “How could you not fall in love with that laugh?” They got engaged three months after they began dating and married three months after that. They have four children -- three boys and a girl. 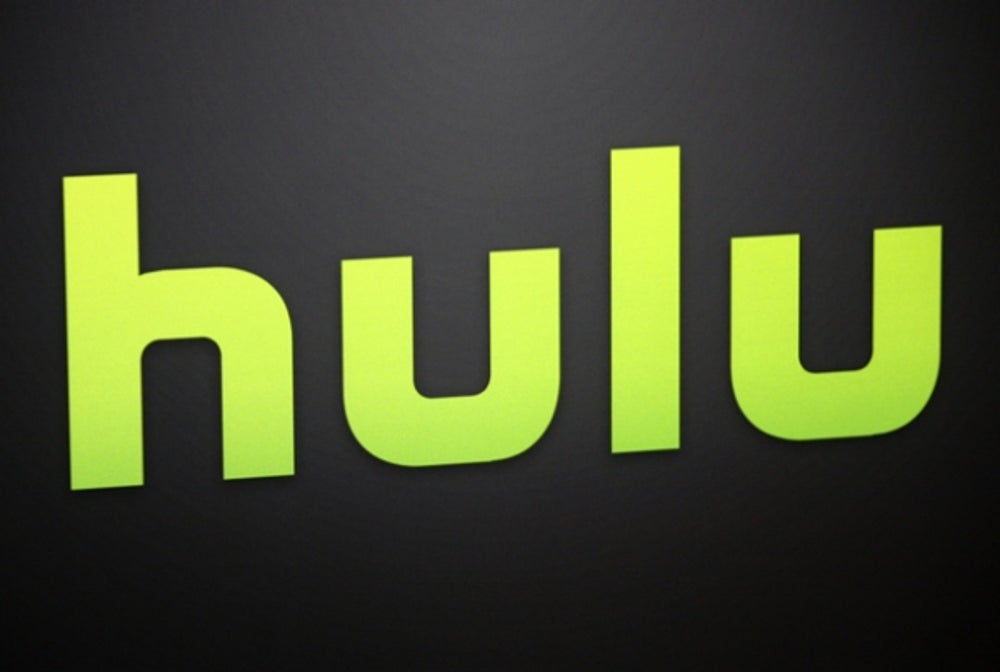 A handful of former Amazon employees have gone on to found blockbuster companies of their own, including Jason Kilar, the founder of Hulu and Vessel, and Charlie Cheever, the creator of Quora.

17. An arsenal of acquisitions. 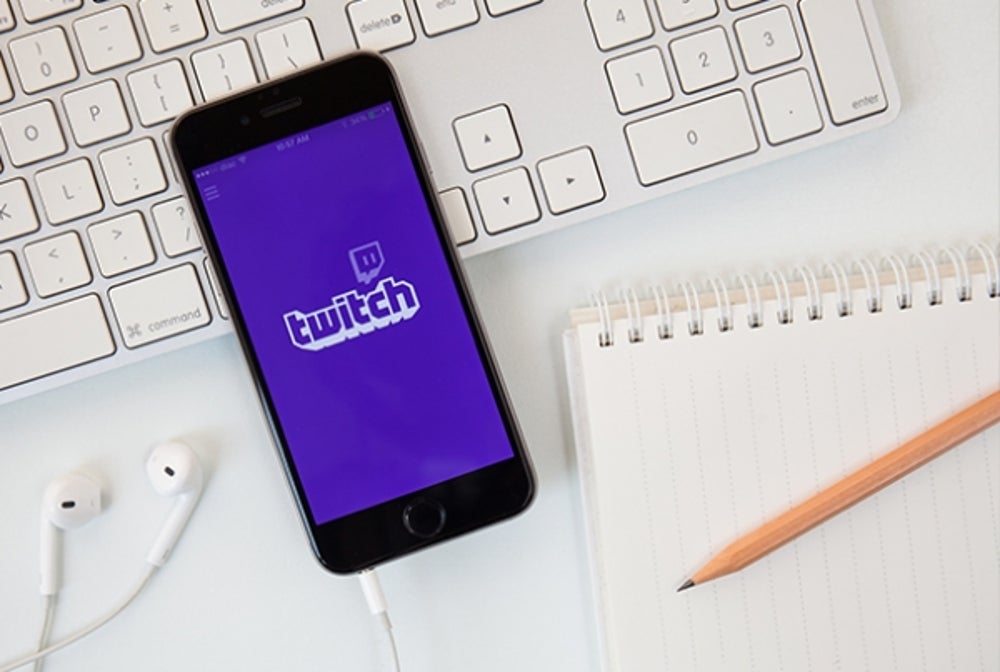 Image credit: GongTo | Shutterstock
Of Amazon’s many acquisitions, Zappos has been its biggest buy thus far, clocking in at $1.2 billion. The company’s portfolio also includes Audible, IMDB and, most recently, Twitch. In an unexpected move, Bezos purchased The Washington Post for $250 million in 2013. 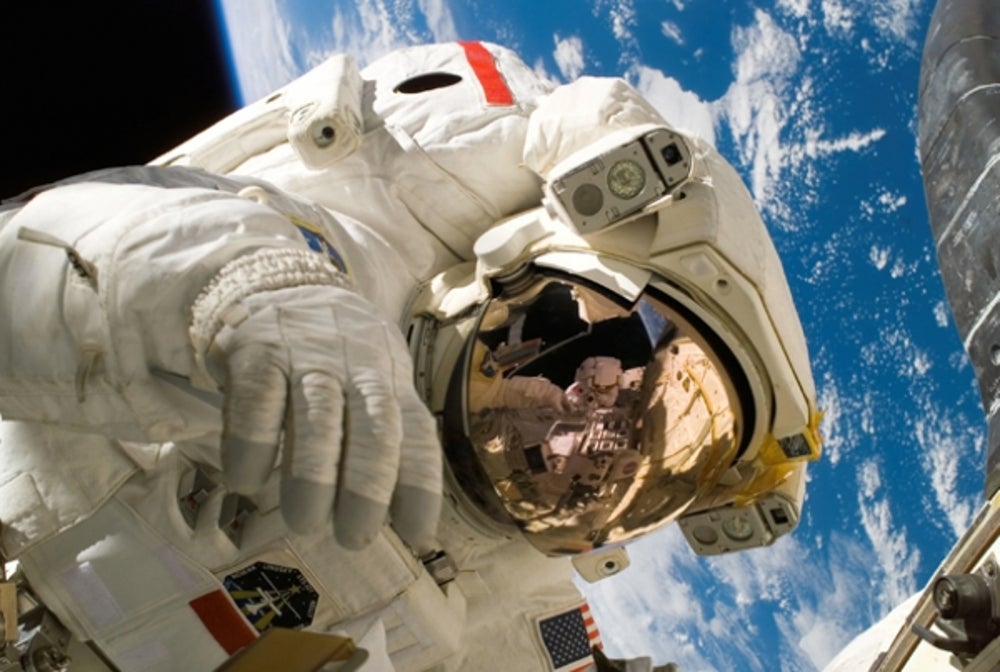 Image credit: Pexels
In addition to the Post, Bezos founded space travel company Blue Origin in 2000, and is also spearheading the construction of a 10,000 Year Clock inside a mountain range in West Texas. 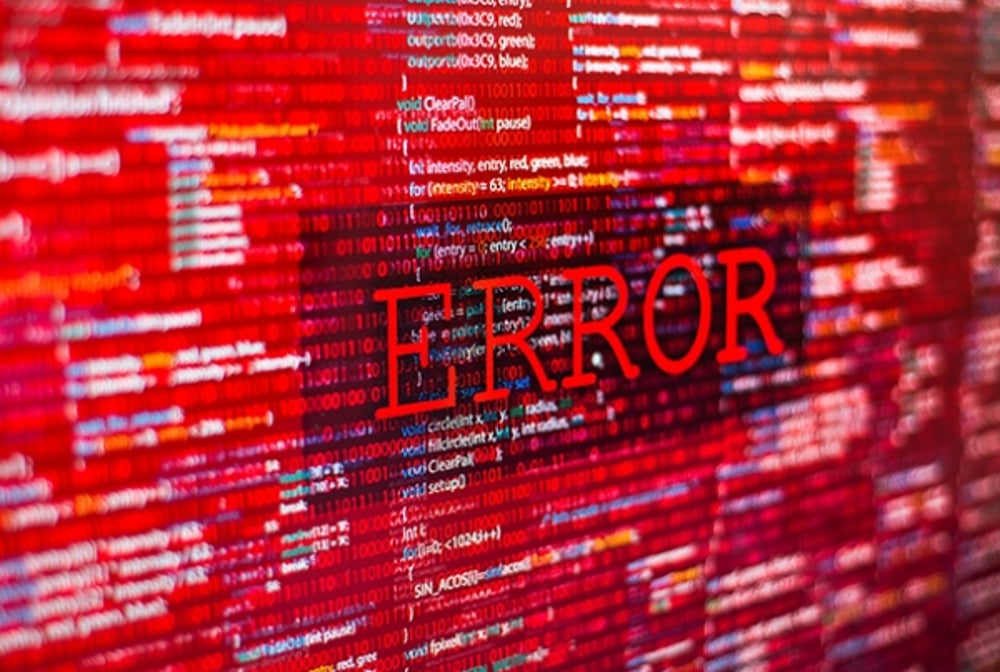 Image credit: Shutterstock
Technical difficulties can be lethal for the sprawling ecommerce goliath. When Amazon.com crashed for 40 minutes in 2013, the company lost a reported $4.8 million. 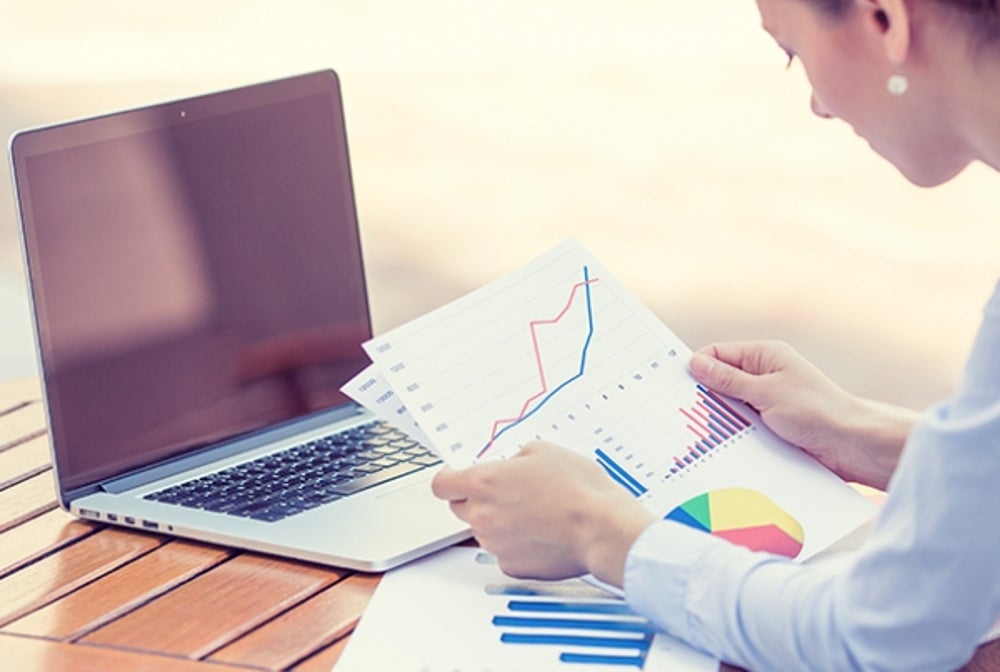 Though Amazon has recently posted eye-popping profits, the company has been mostly unprofitable throughout its seismic rise. While investors have grumbled about this fact for years, others continue to be encouraged by the company’s explosive sales and growing investments.