If you already feel like you are living in a sci-fi futuristic fantasy, just wait.

Technology is getting exponentially faster, more immersive and intuitive. And as technology changes, so does the way we live.

In 2016, we can expect to be increasingly surrounded by virtual reality, watch kiddos play with a personalized robot and possibly watch professional video gamers in a stadium-like setting, according to a report from UK-based market research firm Juniper Research. And this is just the iceberg.

Click through this gallery to get a sense of the 10  technology trends Juniper Research expects to be dominating in 2016.

Related: Your Internet Signal Is Going To Be Transmitted Through Light

The year of virtual reality. 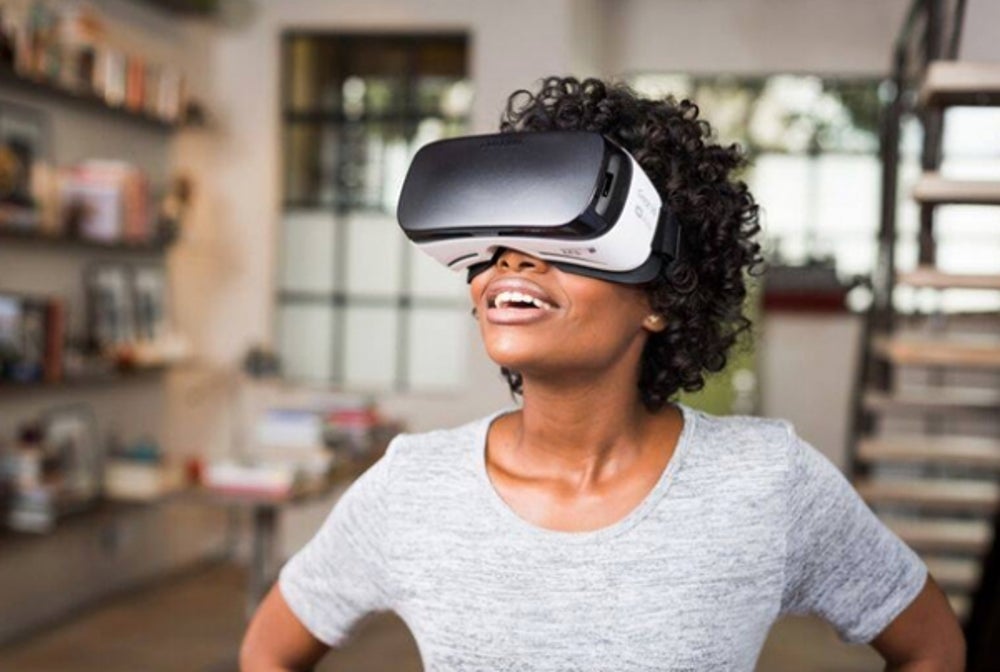 Sitting in front of a flat-screen TV and watching video is going to feel like writing on a typewriter. And while virtual reality has peaked the interest of tech trailblazers, 2016 is the year it is expected to take measurable steps in targeting mainstream consumers.

New virtual-reality headsets are expected from major tech companies Sony, HTC and Oculus. (Facebook acquired the company for $2 billion in 2014.)

Prices of the immersive headsets are already falling and are expected to fall further, while the device’s usage is broadening beyond the gaming industry. For example, HBO recently created a completely immersive experience for Game of Thrones fans using the Oculus Rift headsets, says Windsor Holden, head of forecasting and consultancy at Juniper.

Related: The Future of the Internet of Things Will Be 'Notification Hell' Before It Gets Better

Your significant other may be a robot. 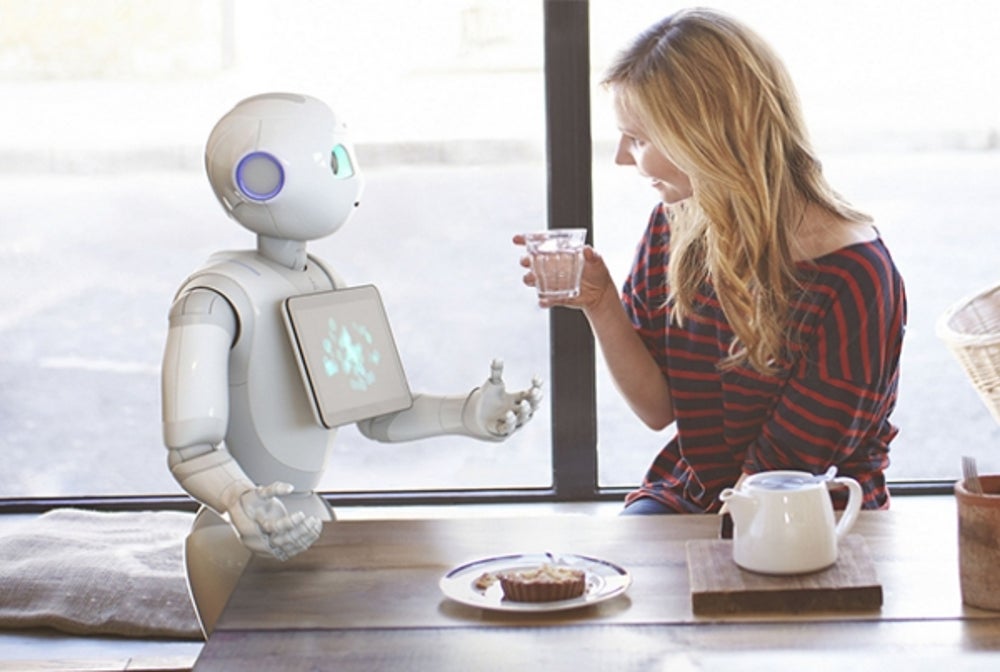 Human beings are fundamentally social. We want to share about our day, laugh with others when we are happy and be encouraged when we are down. We want someone to pay attention to our own idiosyncrasies, and potentially even like us for them. At the very least, we want to feel validated and as though we are acknowledged and appreciated for what makes us who we are. And so what if we can get all of that without all of the associated drama that comes with having a human partner? What if we can have the companionship without the expense, time and personal commitment that most humans require?

Enter the social robot. These machines are able to interact with humans, get to know people and even improve their behavior with clues. (And you never have to feed them!) The Japanese robot company Softbank released its first generation of social robots, Pepper, in 2015 and all 1,000 sold out in less than a minute. (The company plans to release another 1,000 Peppers for $1,600 a pop.) Other companies are expected to rollout social robots in the coming year. French robotics company Blue Frog Robotics is developing its own social robot Buddy, and it will be able to recognize facial expressions.

Related: There Will Be 20 Million Self-Driving Cars On the Road by 2025

Wearable technology will make a bigger impact in the workforce. 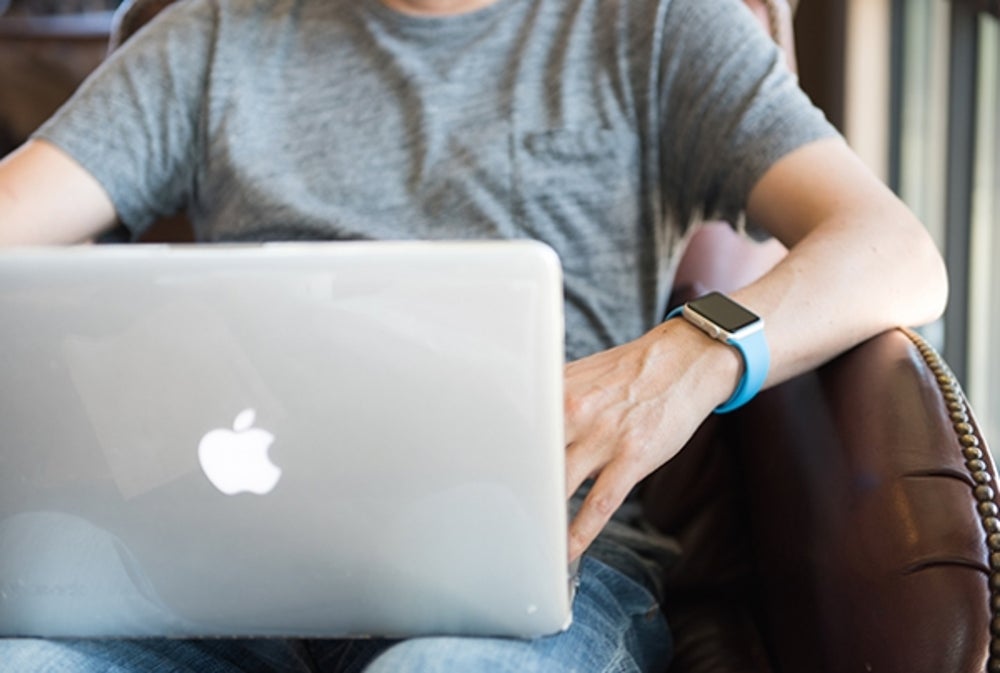 So far, wearable technology hasn’t received a ton of love from everyday people, but it is expected to become increasingly more common in the workplace.

In 2016, wearable technology could increasingly become part of what your boss issues when you join a new company, particularly for jobs where employees aren’t sitting at desks. For instance, shipping-logistics company DHL reported productivity increased 25 percent when it put smart glasses on its shipping handlers in a pilot program.

Juniper’s Holden predicted wearable glasses would likely be the first wearable technology to be adopted in the work environment but other varieties would follow. For example, paramedics, surgeons and other medical professionals who work in a sterile environment could benefit by a device attached to the arm, allowing hands-free communication.

Related: Google Just Got a Patent for Adding Holograms to a Google-Glass-Type Headset

Your cell phone is going to get a whole lot faster. 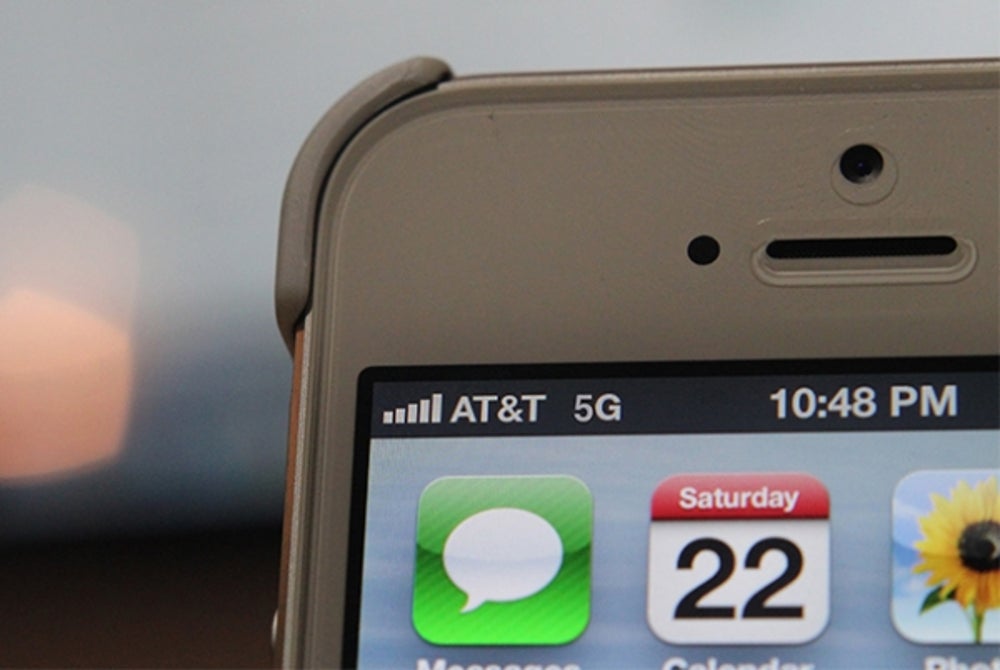 Most smartphones these days are operating on the 3G or 4G network. But all eyes are on the next generation of cell service, unsurprisingly, called 5G. Once 5G cellphone networks become standard, the network will be 100 times faster than current 4G networks, says Nitin Bhas, the Head of Research at Juniper, in an email to Entrepreneur. Various wireless carriers have begun the process of testing the new 5G network. For example, KPN, Ericsson, Huawei and the research institute TNO announced in August 2015 that they will be testing a 5G network in the Netherlands, while Ericsson and Softbank began field trials and testing of 5G technologies in July 2015 in Tokyo. Even as tech companies set their focus on the 5G network, consumers won’t likely have access to it next year. Verizon has said it is aiming to have 5G commercial services available in 2017.

Related: Chicago and Los Angeles Could Get Google Fiber. And That's a Very Big Deal for Entrepreneurs.

All of your screens are going to talk to each other. 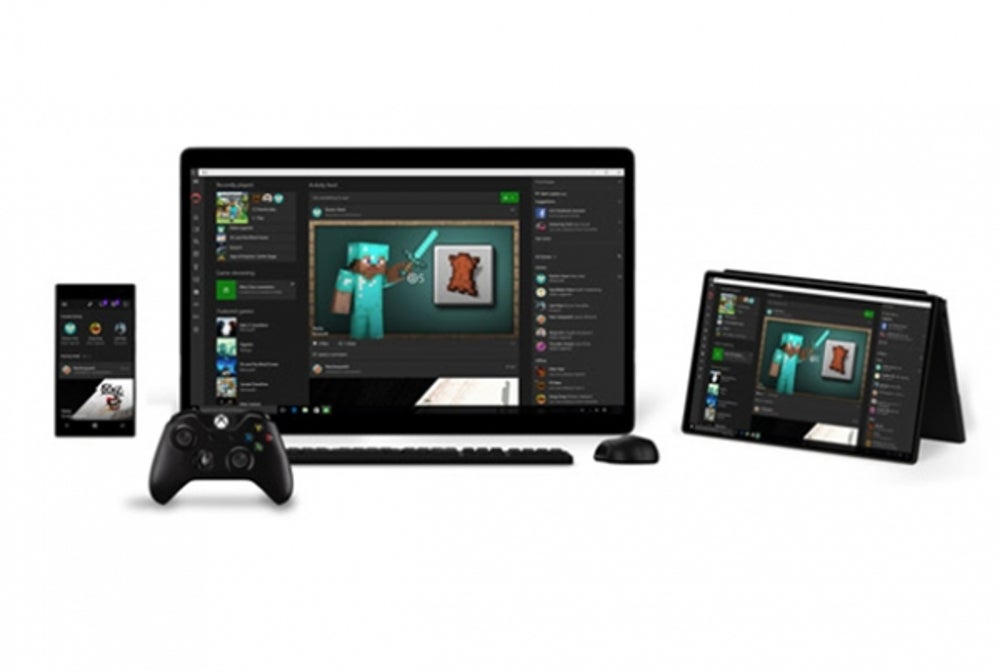 As we spend more time looking at our screens, companies are looking to improve the way our devices communicate to each other. In technology speak, this trend is called “cross-platform integration.” Microsoft’s newest update of its newest operating system, Windows 10, allows devices in the same network to stream the same game across multiple devices. The notion that each device in your life has its own operating platform will feel even more archaic.

Bitcoin technology will be more in demand with financial institutions. 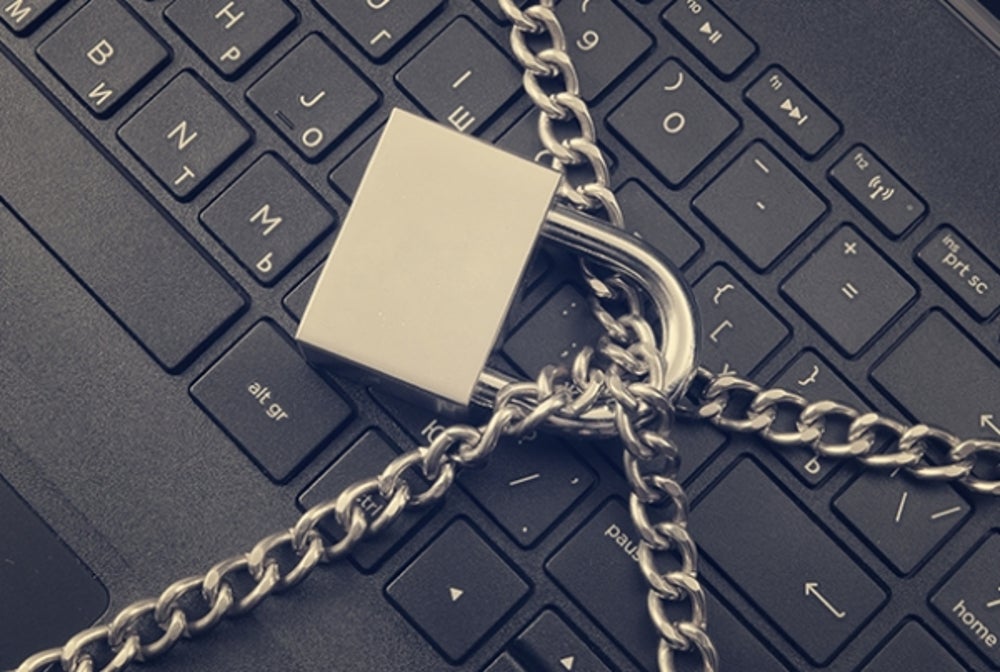 While the digital cryptocurrency Bitcoin has had its ups and downs in the consumer market, financial institutions are still invested in the the technology behind it -- and are looking to use it with different transactions.

Called blockchain technology, the innovation is a digital ledger or record of events. The instant, transparent nature of blockchain technology makes it ideal for transfer of money across international borders -- and this is what has peaked financial institutions’ interest.

“It’s much quicker and potentially much more secure, hence you have a lot of banks thinking, ‘Could we in some way use distributed network, like blockchain, in this way?’” says Holden. What are these new innovations need to state. The next year will see significant momentum in this space.

Related: The Future of the Sharing Economy Is a World Built Like Bitcoin

Video gaming will get turbo-charged with cloud-based services. 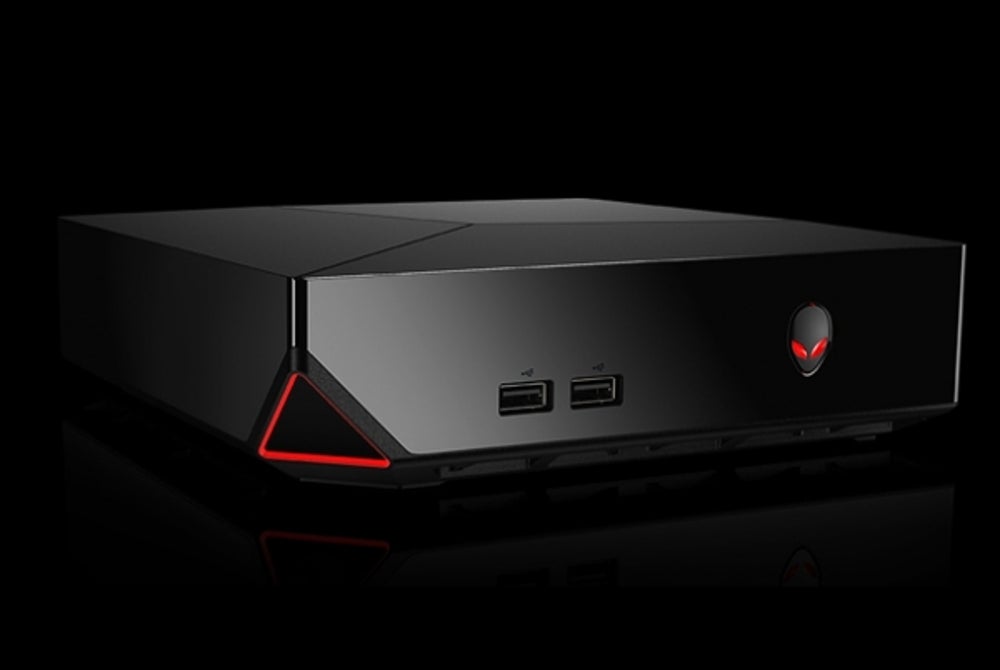 The most powerful games of 2016 will rely on a combination of console and cloud-based power, says Steffen Sorrell, senior analyst at Juniper Research. Very immersive and powerful games still need the data center provided by a console, and Sorrell doesn’t expect that to change in 2016. “It’s too early in the market to completely switch over to games that are based entirely in the cloud,” says Sorrell. “Right now, if you don’t have a data center quite close to you, for those hard core gamers, it’s not good enough.” Trigger response times for fighting games, for example, won’t be fast enough running in cloud-based games, explains Sorrell. Much of the gaming industry is widely anticipating the release of Nintendo’s next generation gaming system, referenced by the code-name “Nintendo NX.”

The new hot ticket in town will be to watch a professional video gamer. 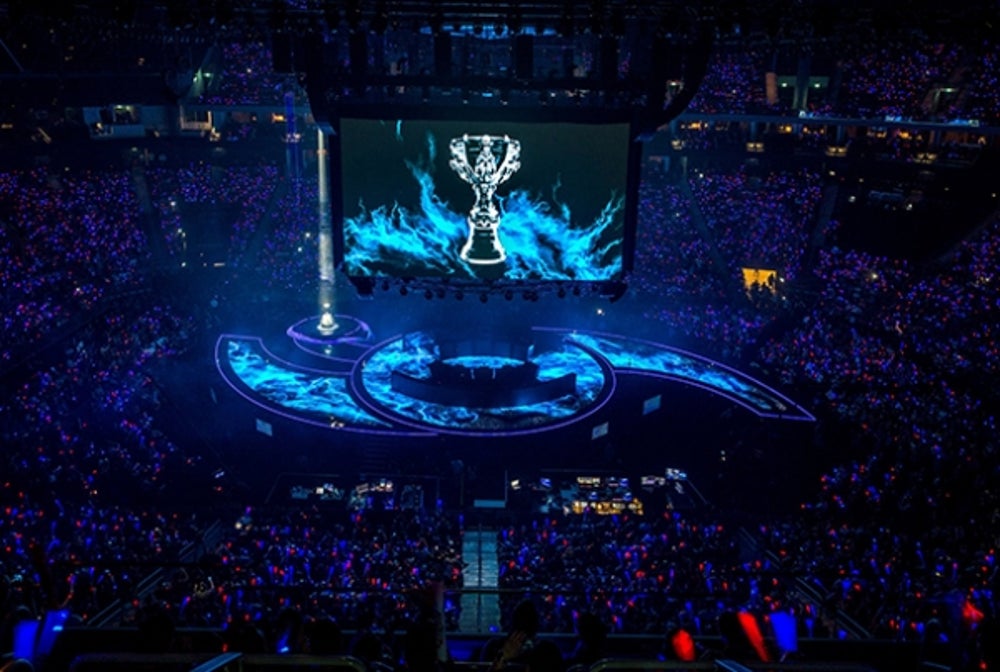 As if in a final coup de gras in some great revenge of the nerds take down, the newest hot form of entertainment is watching video-game stars play video games. No joke. Crowds of fans could be packed into arenas big enough to rival the largest sports teams or concerts and watch from a super-sized screens videogame professionals play games. And there’s real money on the line for the winners. The recent Gfinity eSports championship in London this year had $100,000 in prize money available for the winners. In the coming year, professional video game events are expected to start making money by selling premium access to online streaming of certain events this year.

Related: 3 Principles of Video Games That Can Make You a Better Entrepreneur 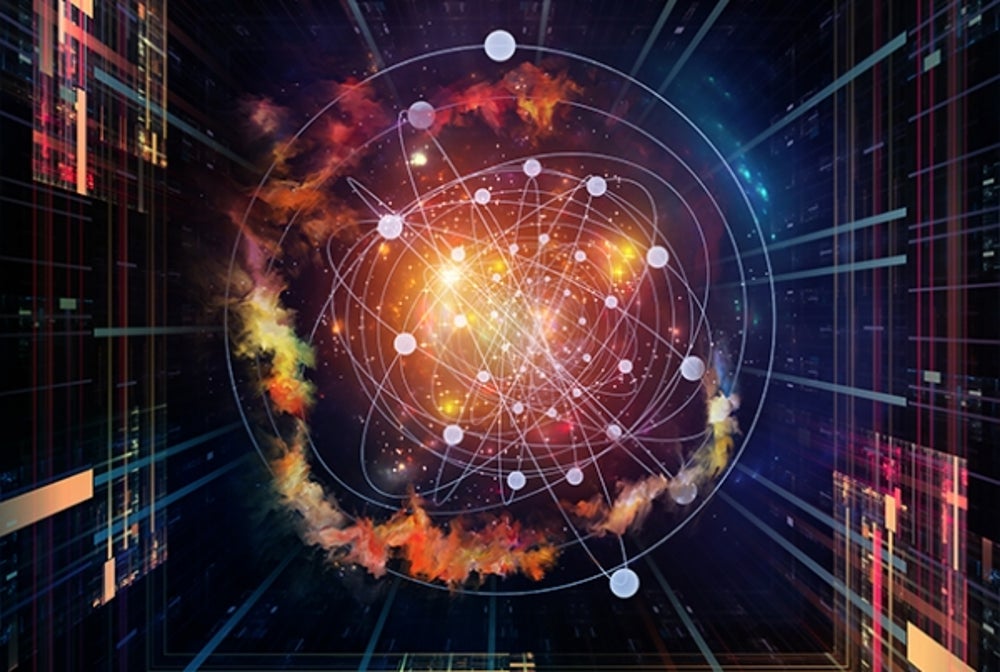 Every time a new home appliance becomes connected to the Internet, a new wearable device starts tracking more of our movements or a social network encourages us to put more of our feelings and vacation pictures online, more data is created. A lot more data. And that also means that parallel security measures will need to expand both in size and sophistication. New software security technologies will depend on identifying abnormalities in network behavior instead of identifying destructive code in software.

Crowdfunding will be the new angel investing. 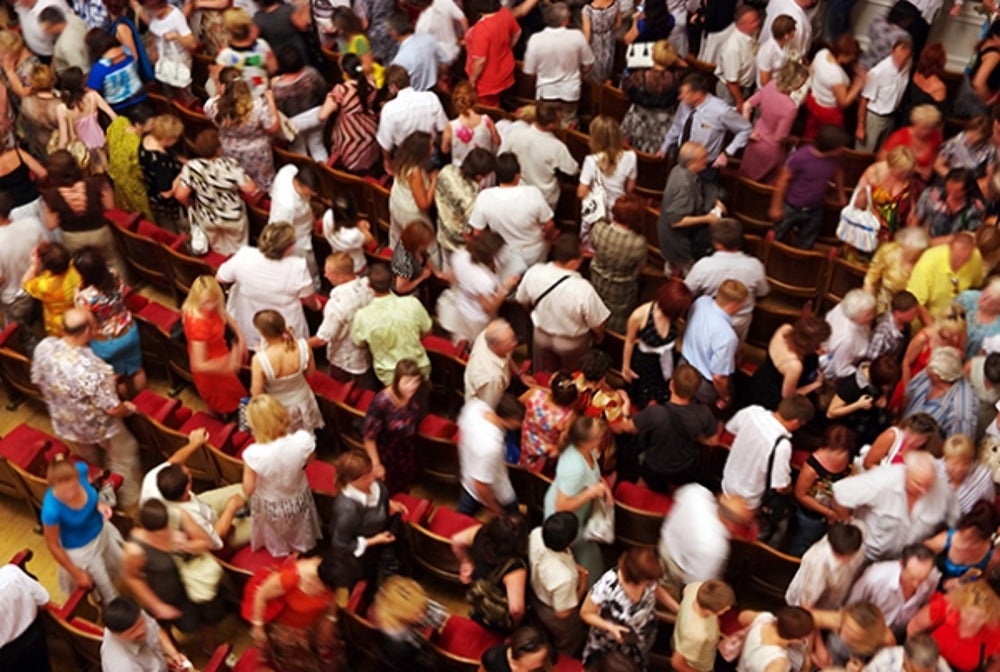 Entrepreneurs looking to raise money to launch or grow their startup have a new pipeline of capital available, and thanks to some recent law changes, that pipeline has more potential than ever before. Crowdfunding was once largely the purview of creatives looking to raise money for artistic projects with small, $25-in-exchange-for-a-tote-bag donations. Now, however, startups can raise larger amounts of money online by selling portions of their company to anyone with the cash and interest to invest. This new generation of crowdfunding, called equity crowdfunding, has long been an option for accredited investors, those investors who meet certain wealth and asset requirements, but equity crowdfunding for unaccredited, unsophisticated investors has just very recently become legal. And about a month ago, the SEC passed rules for equity crowdfunding. This new method of startup fundraising is still not fully implemented yet, but it should be in another couple of months -- making 2016 a monumental year for the landscape of startup crowdfunding.