Andrea Huspeni
Founder of This Dog's Life
March 11, 2016 6 min read
Opinions expressed by Entrepreneur contributors are their own.

We've all heard the classic line, "all work and no play makes Jack a dull boy." While many of us look to unwind and have fun with grown-up toys such as an Xbox, wearables and virtual-reality sets, these everyday diversions just won't cut it for the world's elite. For the wealthy billionaires of the world, the bigger, the better.

Here are just a few of the ridiculous toys billionaires own: 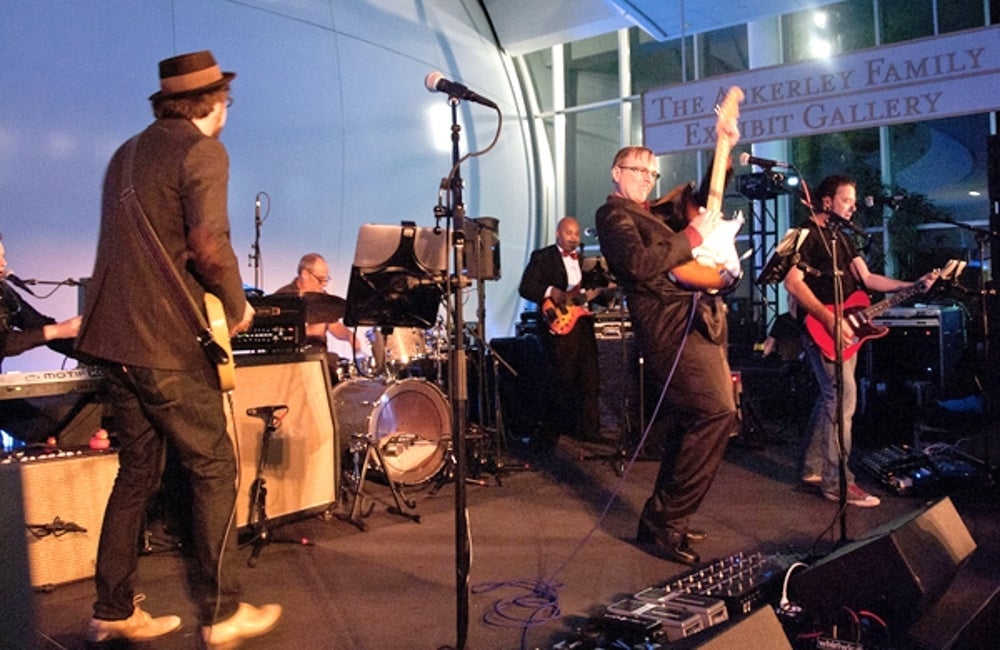 By the looks of it, Paul Allen, the man who made a fortune as the co-founder of Microsoft, didn't really want to be a computer nerd when he grew up. He wanted to be a rock star.

Worth nearly $18 billion, Allen formed an all-star charity band in 2013, recruiting Heart's Ann and Nancy Wilson, Chrissie Hynde of The Pretenders and Joe Walsh of The Eagles. We're guessing this cost a pretty penny to put together. The group released a record, Everywhere at Once, under Allen's Underthinkers' label.

Allen also bought the 1968 Fender Stratocaster that Jimi Hendrix played at Woodstock for a reported $1.3 million. In 2000, he opened the Experience Music Project (now EMP Museum), a rock and roll museum dedicated to Hendrix. It resembles a melted guitar and cost $240 million.

When he isn't jamming out, Allen may be found on the Octopus, his 414-foot yacht he purchased for $200 million and costs $20 million a year to maintain. 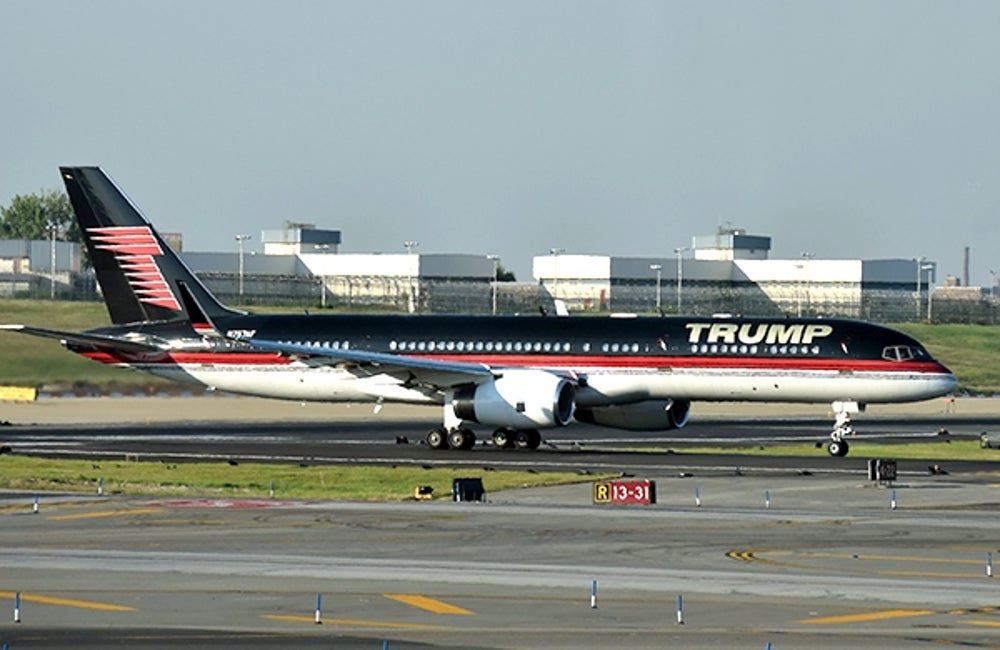 The business mogul and 2016 presidential candidate is a busy man. And when he is on the go, he needs to travel in style.

Trump is the owner of his own private airplane, a Boeing 757 he purchased from billionaire Paul Allen. He of course had to customize the plane with his name on the outside.

Inside, the airplane seats 43 passengers and is powered by Rolls Royce engines. The seatbelts are 24-karat gold plated. Besides a traditional passenger set up (rows of chairs), the plane also has a dining table, lounge and a guest room with its own home theater system.

In Trump's room, he has custom-designed pillows, headboard and theater.

And while no one is exactly sure how much he is worth (he has rebuffed Forbes' $4.5 billion estimate), his taste in travel isn't cheap. 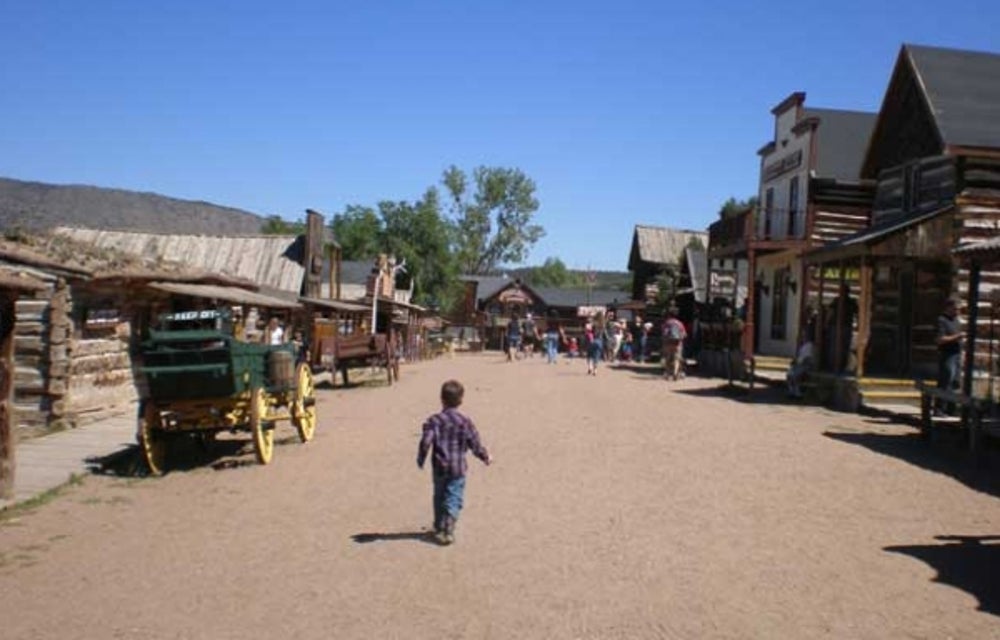 American businessman and brother of the more famous Charles and David Koch, Bill's net worth hovers between $2 billion and $4 billion depending on the day.

With that small chunk of change, the world is basically his oyster. Besides being an avid collector of wines and art (so boring), Koch has also spent money on his own ghost town.

A lover of all things Western (he owns the only photograph of Billy the Kid, which he bought for $2.3 million), Koch spent millions to have the MGM tourist attraction Buckskin Joe, a Western-style theme park, transported piece by piece to his Bear Ranch in Paonia, Colo. The 70-odd building town sits on 10 acres and serves as a getaway for his family and friends and includes a jail, five saloons, a sherriff's office and bank. 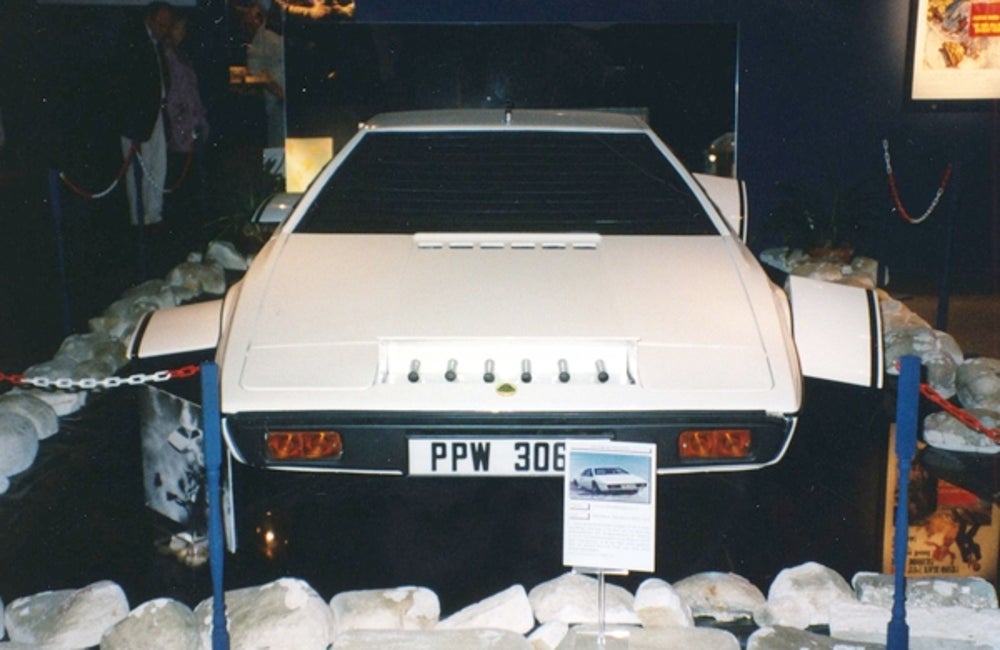 The serial entrepreneur behind PayPal, Tesla and SpaceX sometimes lets loose (even though he reportedly has only taken two weeks off in 12 years). In 2013, Musk, who is reportedly worth more than $12 billion, bought James Bond's famous Lotus Esprit used in The Spy Who Loved Me for nearly $1 million.

The billionaire's intention was to turn the vehicle into a usable submarine.

"It was amazing as a little kid in South Africa to watch James Bond in The Spy Who Loved Me drive his Lotus Esprit off a pier, press a button and have it transform into a submarine underwater," said Musk in a PR statement at the time. "I was disappointed to learn that it can't actually transform. What I'm going to do is upgrade it with a Tesla electric powertrain and try to make it transform for real."

It is unknown if he turned this dream into a reality. 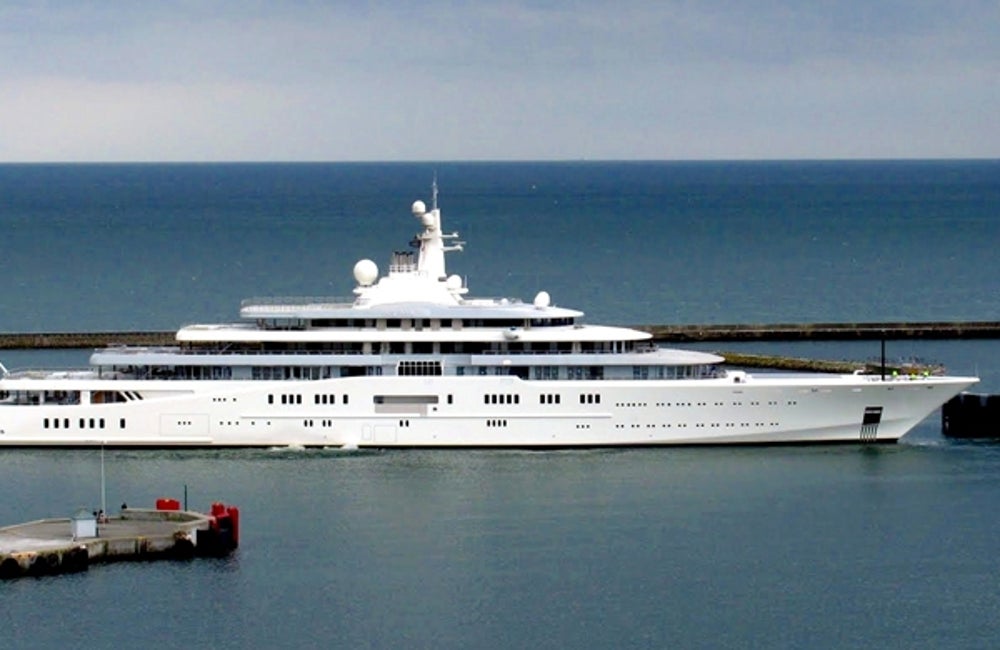 The Russian billionaire has a thing for yachts. "Abramovich's Navy," as the media has coined his collection, is home to several fancy boats, including the second biggest in the world: the Eclipse. (The president of the United Arab Emirates currently owns the largest one in the world.)

Measuring approximately 536 feet, the massive boat has a missile-detection system, spa, disco, swimming pool and two helipads. It is reported he paid between $590 million and $1 billion for the boat. The cost to maintain the boat is $60 million annually and requires a 70-person crew. But with a worth around $8 billion, Abramovich can afford the upkeep. 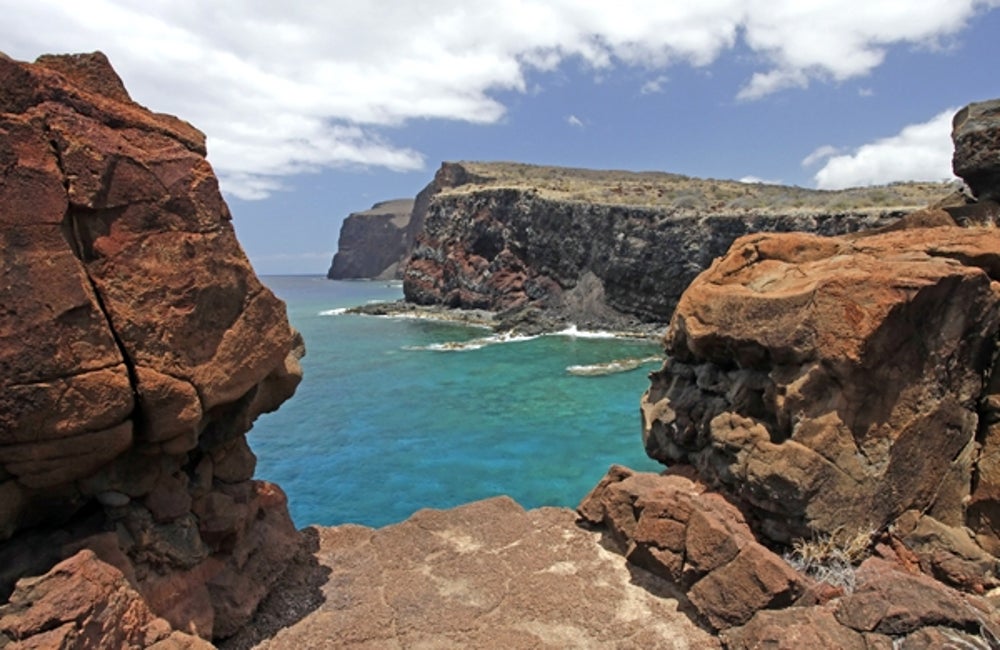 While everyday folks look to have fun on cruises, all-expense resorts and quaint Airbnbs, Oracle CEO Larry Ellison prefers his own island. The billionaire, worth around $47 billion, owns part of Hawaii. Yes, you heard it right: he owns part of a state. Ellison purchased approximately 97 percent of Lanai, Hawaii's sixth largest island, back in 2012.

With that comes a lot of real estate, including the island's two Four Season-run hotels, a third of the houses and apartments, grocery store, theater, two golf courses and the water company. All of this reportedly cost him $300 million. He later bought an airline that takes him from his island to Honolulu. 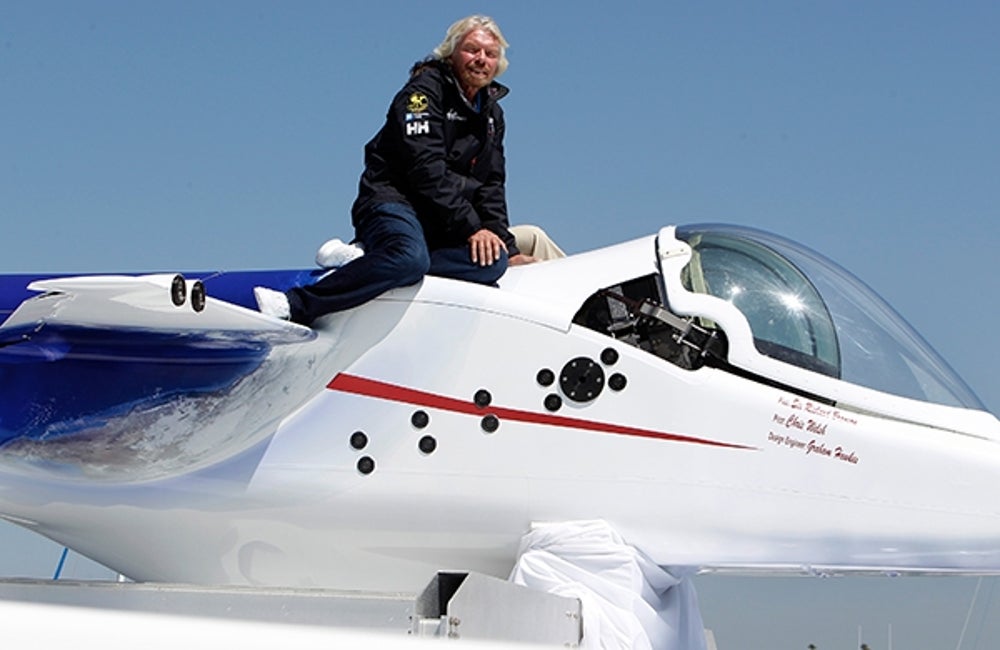 Richard Branson is another billionaire who has his own island, Necker Island, for entertainment. (And not to be outdone by Ellison, he owns the entire island.)

Often with visitors in tow, Branson, said to be worth around $5 billion, wants to make sure his guests have a great time in paradise. Besides offering the oh-so-average tennis and spa experiences, it was reported that Branson let people explore his island in the Necker Nymph, an open cockpit submarine-like vehicle. It is 15-feet long, can be submerged 130 feet underwater and can hold three passengers.

The Necker Nymph made its debut on Oprah with Nate Berkus in 2011. While visitors can still charter Branson's yacht Necker Belle for $110,000 a week, it is unknown if the Necker Nymph is still available. 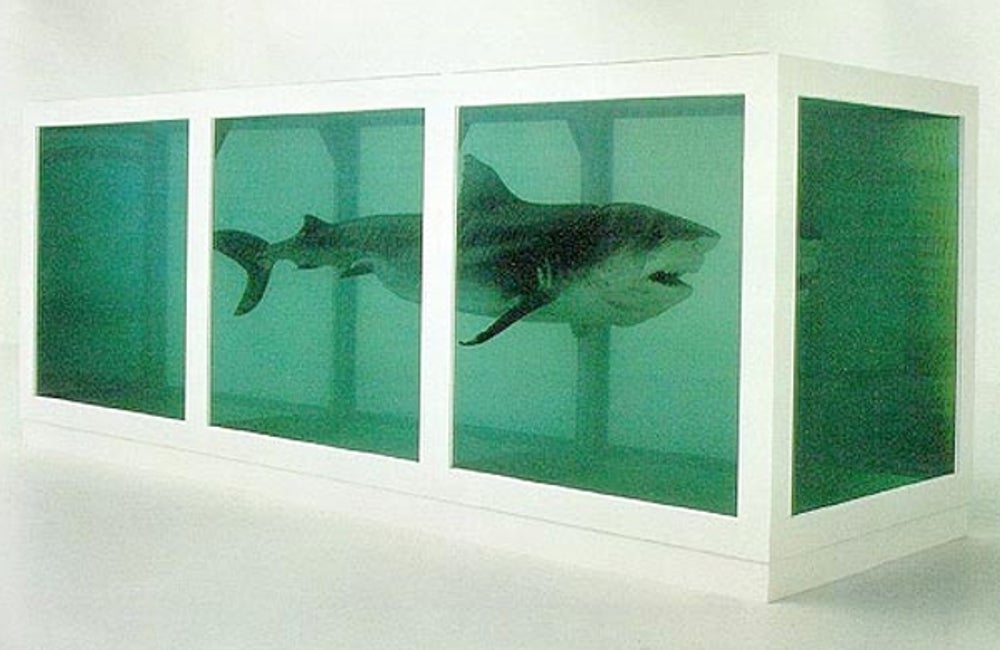 Hedge fund manager Steven Cohen has made a few smart financial moves in the past, allowing him to make a lot of dough. So much so, the founder of SAC Capital Advisor decided to buy himself a shark. But not just any shark.

Cohen, worth an estimated $12.7 billion, decided to buy a shark preserved in formaldehyde and enclosed in a glass case, so it will forever be staring with its big, open mouth.

The piece of work was created by Damien Hirst in 1991 for Charles Saatchi. Because the 14-foot tiger shark was poorly preserved, it ended up deteriorating. When Saatchi said he was in the market to sell the piece, Hirst volunteered to replace the shark. It was sold it to Cohen in 2004 for $8 million.