There are record numbers of stressed, tired and rushed parents juggling kids and work around the world. Here in the U.S., of the 34 million families with children, 89 percent have at least one employed parent, and some 60 percent have both parents clocking in, according to the U.S. Bureau of Labor Statistics.

That’s a lot of work-life balancing. More like perpetual tightrope walking, we say.

Lucky for some, more and more employers are making it a bit easier for busy parents to try and tackle it all, at work and at home. Meanwhile, several states are also inching ahead in the movement to improve working parents’ lives, and the lives of their children. Among them are California, New Jersey, Rhode Island and Washington, where paid family leave laws mandate that employers provide paid time off for childbirth and certain instances of caregiving.

While strides to support working parents are being made in some areas of the country, others aren’t so attractive to families, saddled with crime, unemployment and unaffordable housing and childcare.

Wherever you live, if you’re a working mom or dad -- or one of the millions of parental units currently seeking work -- you might be interested in SmartAsset’s newly released list of top 10 U.S. cities for working parents. Check them out below, in reverse order. You can see the company’s full ranking of 25 cities here.

Related: Would You Put Your Kid in a Car With a Stranger? This Startup Hopes So. 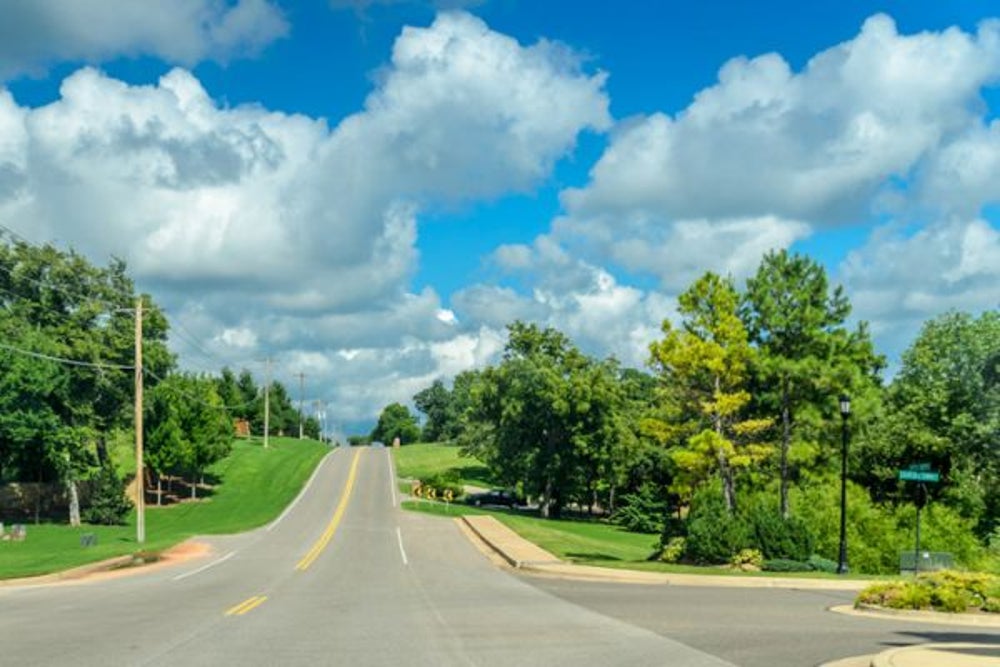 The official motto of this bustling metropolitan municipality in the Sooner State is “A great place to grow,” as if it were written to attract parents. The city’s high school graduation rate is also attractive to moms and dads, clocking in at 96 percent, per the U.S. Department of Education. Even better, some neighborhoods in Edmond even boast a 98 percent high school graduation rate.

“That makes life a little easier for working parents, who won’t have to stress over finding a good local school for their kid to attend,” SmartAsset’s announcement of this list reads. 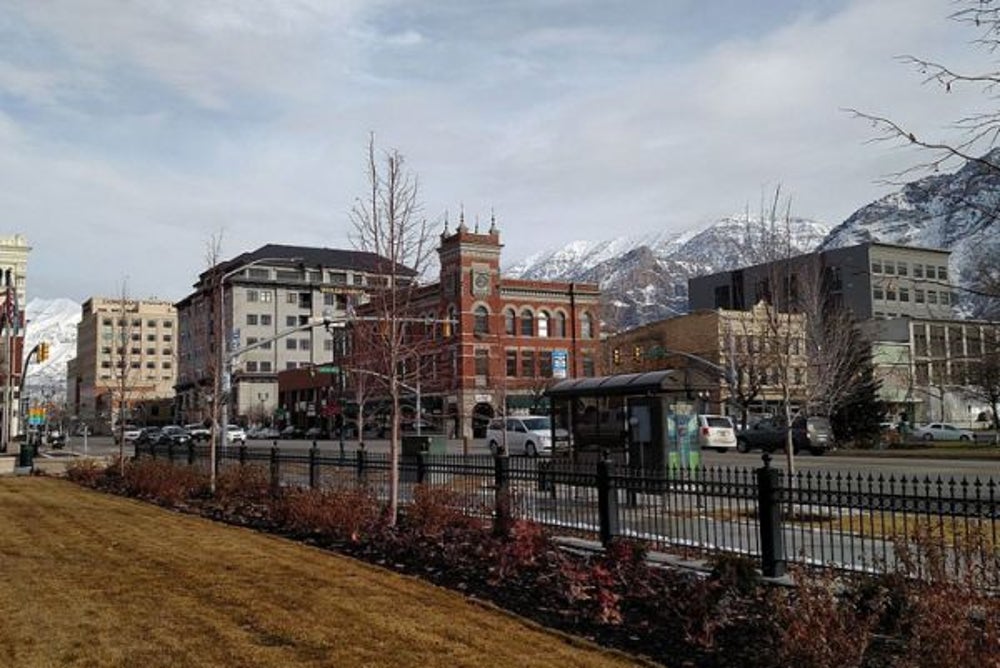 Affordable housing is perhaps the biggest draw for parents to Provo, the Beehive State’s third largest city. The 2.7 percent unemployment rate isn’t too shabby either. The picturesque mountainside burg is also home to a burgeoning tech hub. Unlike top-draw tech-towns, such as San Francisco and San Jose, however, the cost of living here is dramatically less, with median annual housing costs in the city estimated at $9,504. That means more money for, you guessed it, taking care of the kids and maybe the occasional date-night out, if you can find (and afford) a sitter. 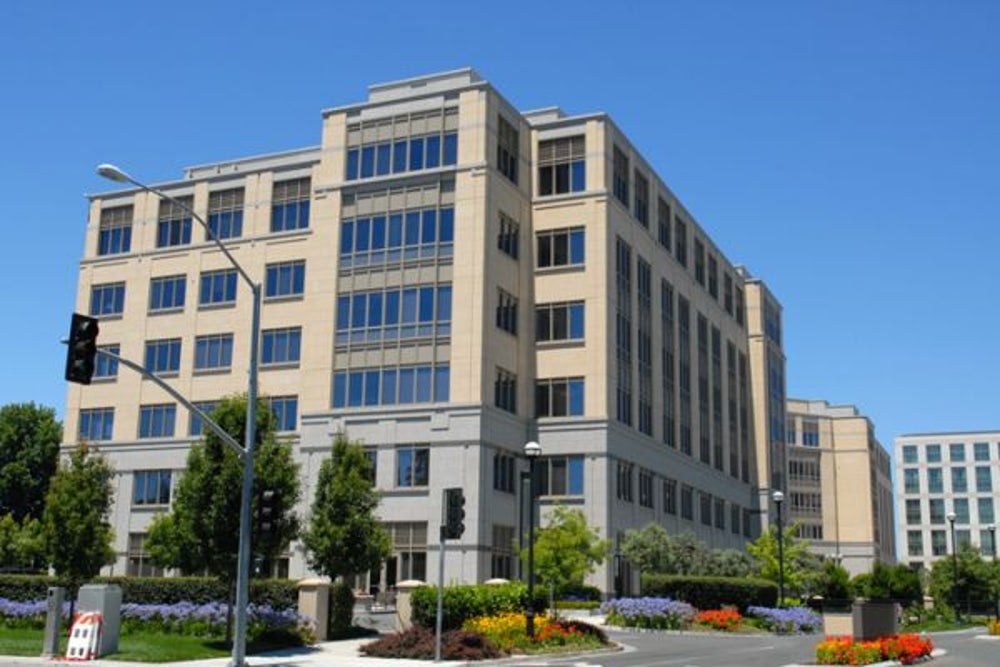 Home to Stanford University and many big-name tech companies, this posh Northern California charter city is a mint place to raise littles, if you have deep enough pockets to afford to.

Right now, the median two-bedroom home in Palo Alto costs $1.4 million, according to Trulia. Any bigger and, well, add about a million dollars per extra bedroom. On the upside, the city’s school system is one of the best in the Golden State, though bear in mind that public education in California overall ranked ninth worst in the nation last year. Also, many of Palo Alto’s teachers can’t afford to live there either. 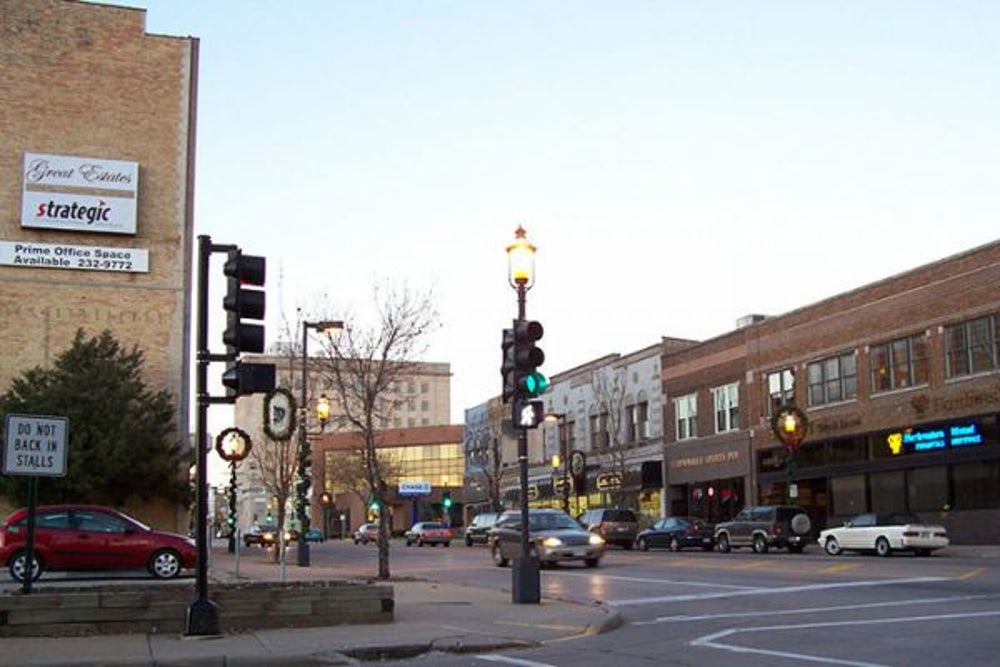 Overall, Oshkosh has a lot more going for it than being the corporate headquarters for legacy kids’ clothing brand OshKosh B’Gosh. Located on the western shore of Lake Winnebago, it’s also relatively affordable for families with children, where unemployment hovers around 3.6 percent and the median housing costs are $9,468, per the U.S. Census Bureau. Adding to its reputation for family-friendliness, Bloomberg Business once ranked Oshkosh as one of the best places in America to raise kids. 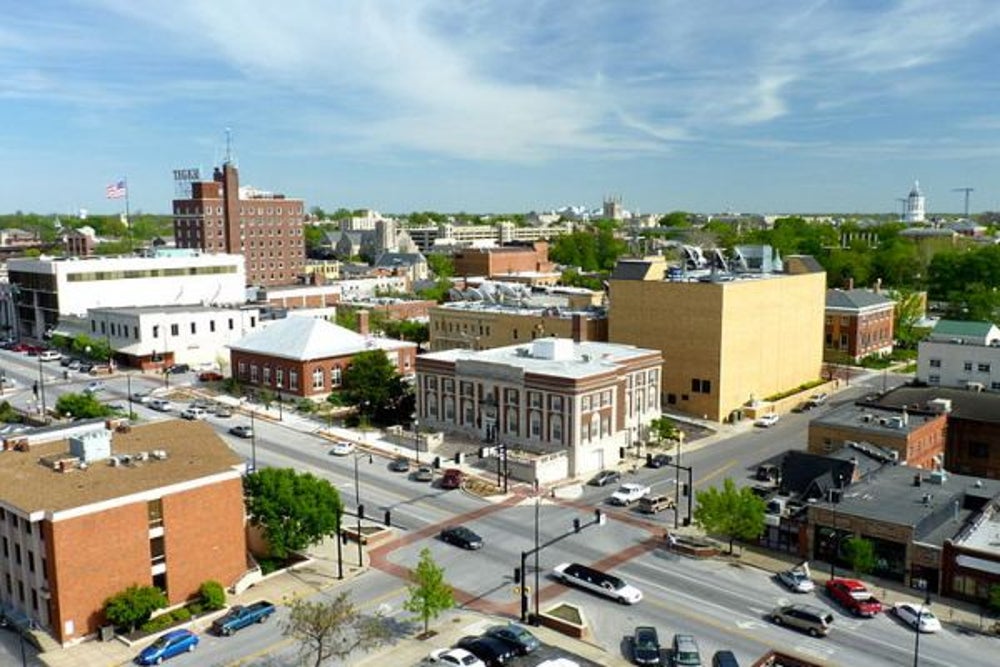 Image credit: Wikimedia Commons
This central Missouri city is in the midst of a robust job market, with an joblessness rate of only 3 percent. Parents with careers in collegiate academics and administration -- or with eyes for sending their kids to college close to home -- will appreciate the convenient central location of the University of Missouri in Columbia. Another attractive quality of the city for growing families is the relatively affordable cost of childcare, averaging out annually at around $7,000. 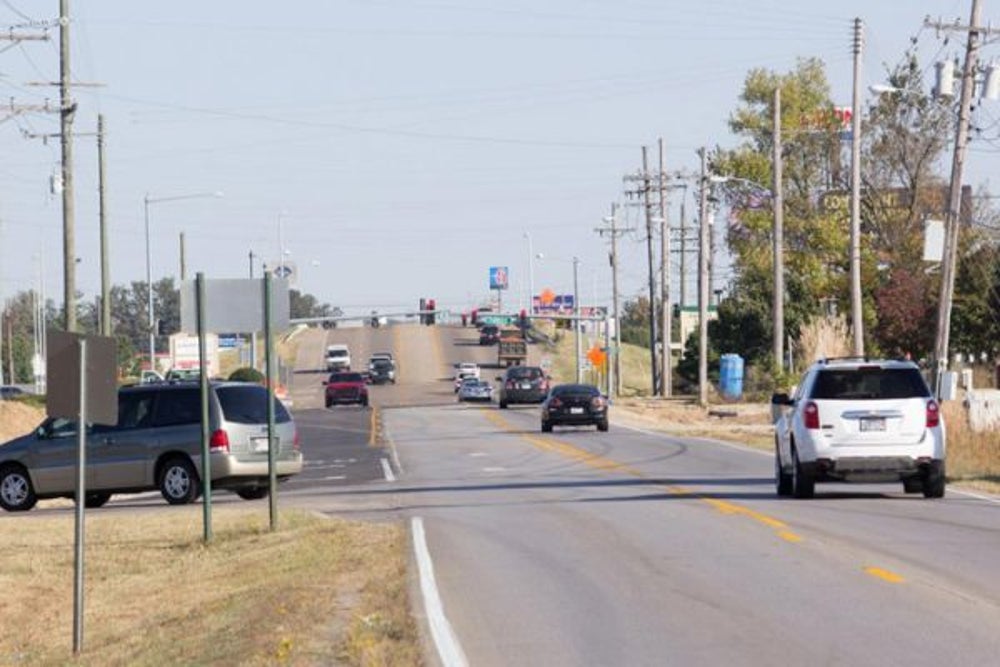 Encouraging family fun, the city hosts some 20 public parks totalling 900 acres in all, where kids can cool off with sprinklers, cast fishing lines off of docks and play tennis and a myriad of other sports on well-maintained courts and fields. Some parents in the market for that small-town feeling might find it advantageous that Jonesboro’s public school district is quite small, offering a pre-kindergarten program, a kindergarten center, five elementary schools, two junior highs and one high school. 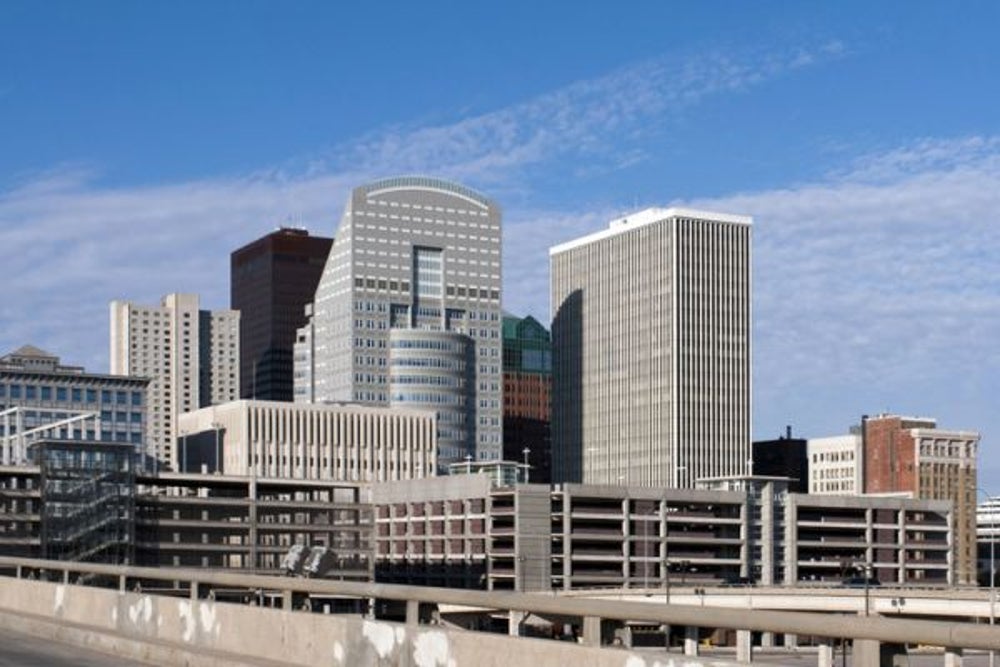 Another thriving university town, Iowa City has the fourth-lowest joblessness rate of all of the city’s on SmartAsset’s list, at only 2 percent. The company also noted that the population-73,000 municipality has an average commute time of about 16 minutes, perhaps one of the least frustrating work travel time-sucks in the U.S. Less time commuting means more time with your kids, perhaps to take in one of the city’s many renowned literature-related cultural events.

Related: Giving Confidence Creates a Happy Family at Home and a Successful Team at Work 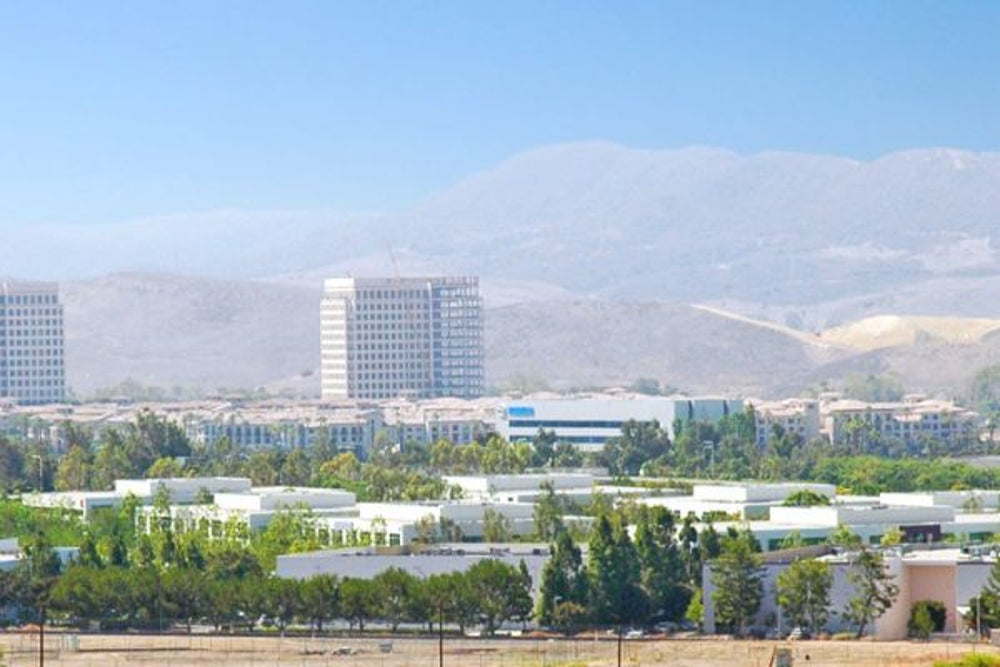 Last year, and every year since 2005, the FBI has recognized this affluent Orange County suburban city of approximately 250,000 as having one of the lowest violent crime rates for cities with populations higher than 100,000. The Southern California city is also known for its wealth of education options, as it’s home to nearly a dozen colleges and universities, as well as several high-ranking public schools.

The median income in Irvine is currently estimated at approximately $90,000. On the downside, housing in the city isn’t cheap, with the median home price at $730,000, per Trulia estimates. Apartment-living isn’t any more affordable, with the average two-bedroom renting for $2,278 per month. 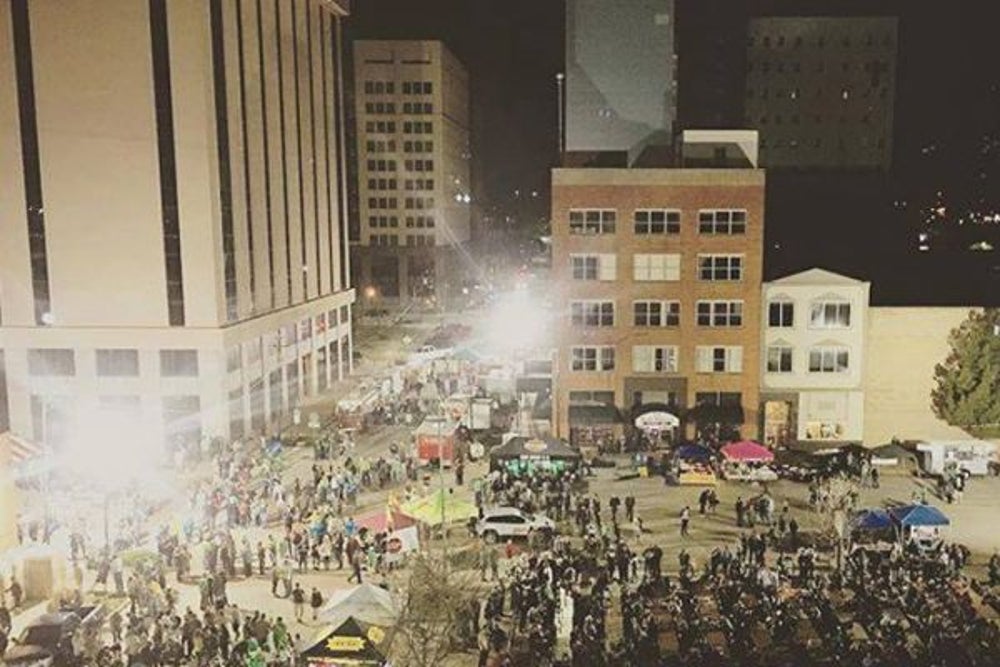 Like Irvine, Wichita Falls, nicknamed “the gateway to Texas,” boasts a top-performing public school system, with an average high school graduation rate of 94 percent. The family-oriented north Texas city is home to approximately 104,000 residents. Of those, many are military service members who work out of Sheppard Air Force Base. In addition to a 13-mile trail system that winds through neighborhoods and along streams and 39 public parks, the relatively affordable cost of living in Wichita Falls is another big draw for families. Median annual housing costs are only $8,800, per the U.S. Census Bureau.

Related: An Entrepreneur's Guide to Explaining Your Job to Your Kids 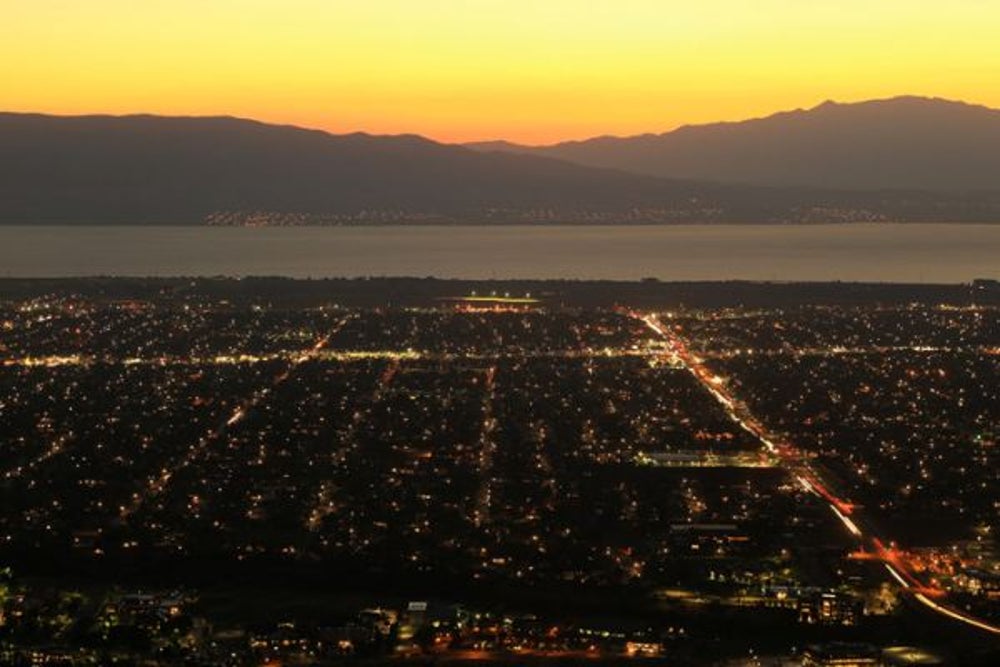 Image credit: Shutterstock
Topping the list is the fittingly-nicknamed “Family City USA,” Orem, Utah. Employment is strong in this public park-dotted locale, with the unemployment rate at only 3 percent. Perched on the eastern shore of Utah Lake and sprawling toward Provo and the foothills of Mount Timpanogos, Orem is the fifth-largest city in Utah. Due in large part to the large religious population, many residents here volunteer in a wide range of charity organizations, lending to the family-friendly atmosphere. Additionally, Orem has the fourth-lowest crime rate of all of the cities SmartAsset analyzed.
More from Entrepreneur

How This Entrepreneur Is Helping Keep Car Seats Bacteria-Free

Parenting's Latest Challenge: Working at Home While Schooling Your Children