20 Things You Didn't Know Your Chromecast Could Do

While the ultraportable device is pretty much plug and play, there are a few tips and tricks that can make casting more magical.
Next Article


Google helps simplify your online life -- from email and online storage to news and digital maps. But the search giant can also take over your TV with its Chromecast, a streaming dongle that got a colorful makeover last year.

The Chromecast was atop Amazon's list of best-selling electronics for two years until Amazon stopped selling streaming devices that don't support its Prime Video streaming service. Not to worry, the gadget is still available directly from Google, as well as Walmart, Best Buy, Target and Staples.

Part of its appeal lies in its pure portability, but there's also the price: just $35 to wirelessly stream Netflix, Spotify, HBO, Hulu and more from your mobile device or PC to the TV. Not to mention apps for music, working out, and catching up on sports. When the Chromecast was released in July 2013, it quickly sold out, and is still going strong. Sales have now topped 30 million.

While the ultraportable device is pretty much plug and play, there are a few tips and tricks that can make casting more magical. Check them out in the slideshow. 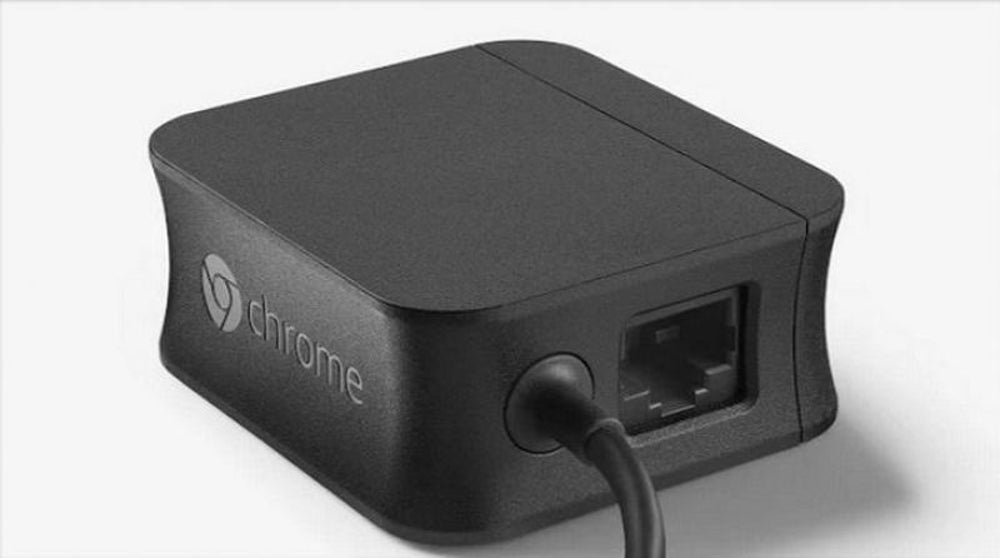 The Chromecast is a handy gadget for streaming Netflix, YouTube and other content from mobile devices to your TV, but it requires a strong Wi-Fi connection to deliver streams that don't buffer. Not everyone has a super-fast Wi-Fi network, though, and for those people, Google now has an Ethernet adapter for Chromecast. The adapter looks like the existing Chromecast power cord, but the plug end now includes a small Ethernet port. Connect an Ethernet cable that's also connected to your modem to that port, plug the USB end of the adapter into the Chromecast, attach the Chromecast to the HDMI port on your TV, and you're ready to go. It's $15 in the Google Play store. 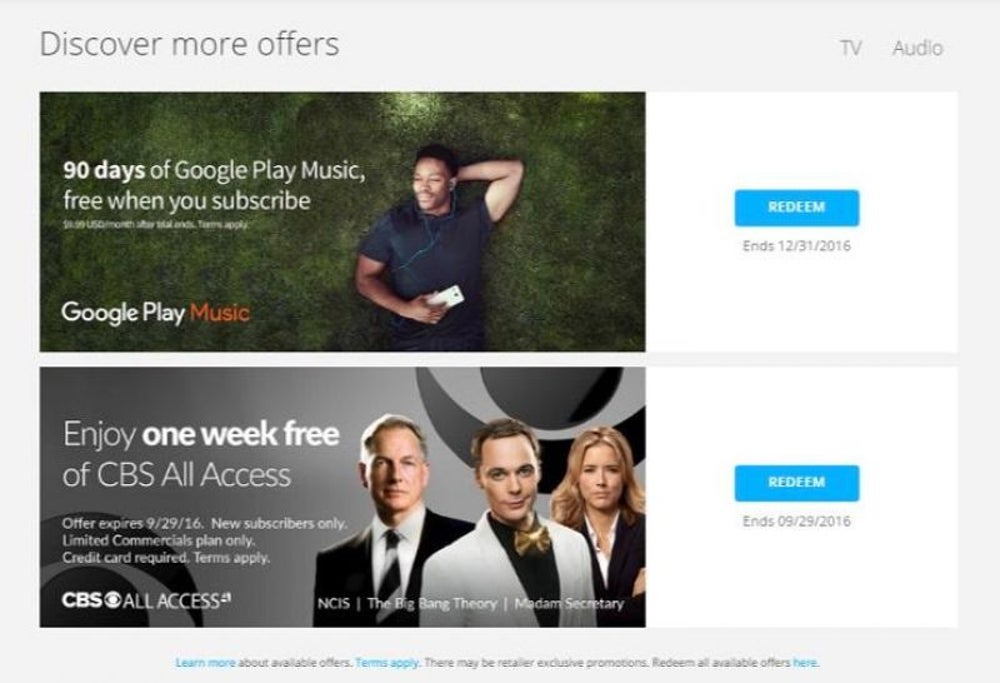 Google often gives away free movies and other perks to those who have a Chromecast. Check out Chromecast's Offers page to see all current ones. 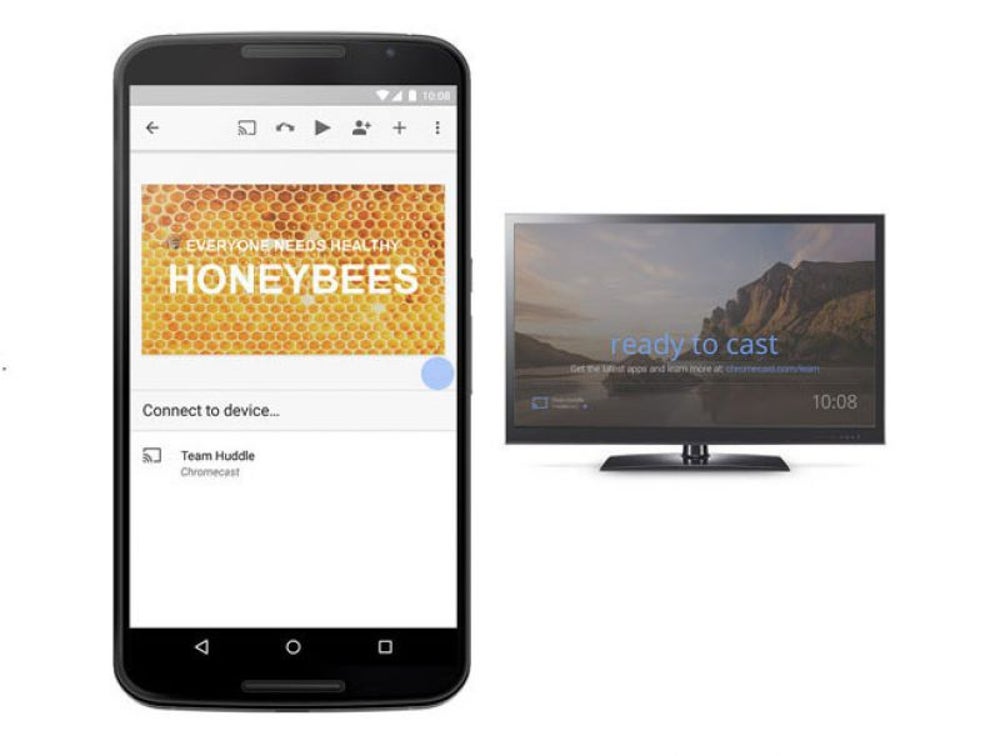 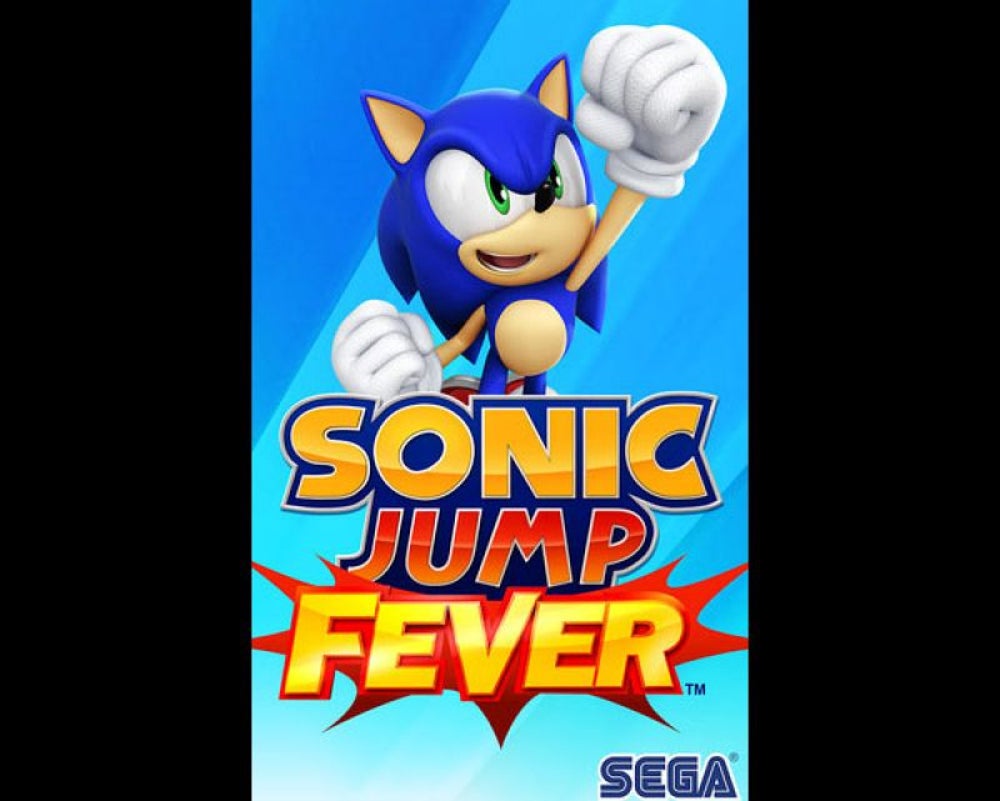 It's not a PlayStation 4, but the Chromecast can be used to play some fun family games. Test your trivia knowledge with Trivia Bash, get your groove on with Just Dance Now, or serve up some nostalgia with Sonic Jump Fever. Download games to your Android or iOS device to use your phone or tablet as a controller, while the game runs on your TV. About 100 games for Chromecast can be found in Google Play alone.

Pretty as a picture 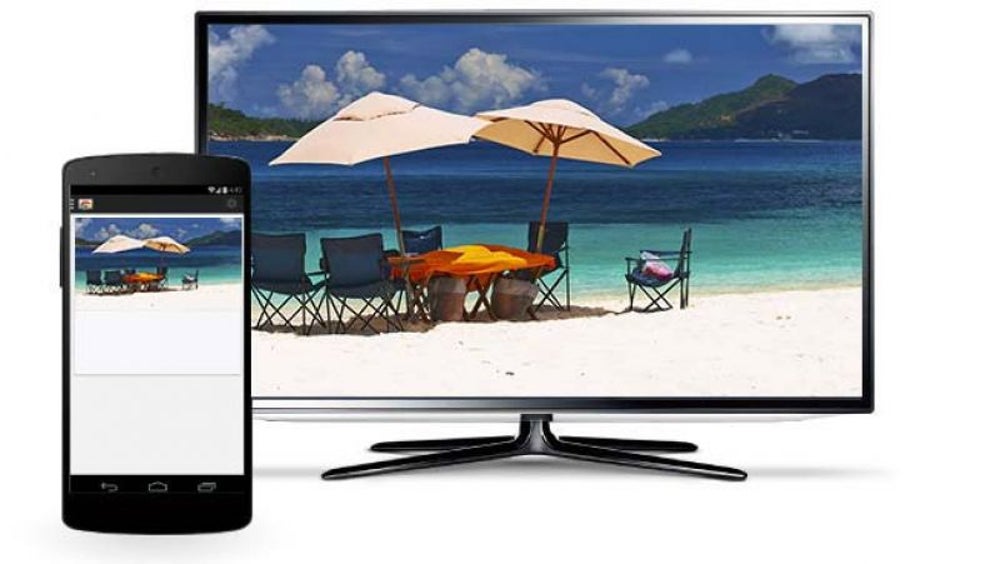 Image credit: PC Mag
Use your own photos -- or choose from Google's selection of beautiful art, landscape photography and satellite images -- to switch up your Chromecast background. In the Google Cast app, go to the Devices tab and select the Chromecast you want to customize. In the top-right corner, tap the hamburger menu and select Backdrop Settings. There, you can pick a photo from Google Photos, Facebook albums or Flickr, or opt to display news, weather, art or satellite images. 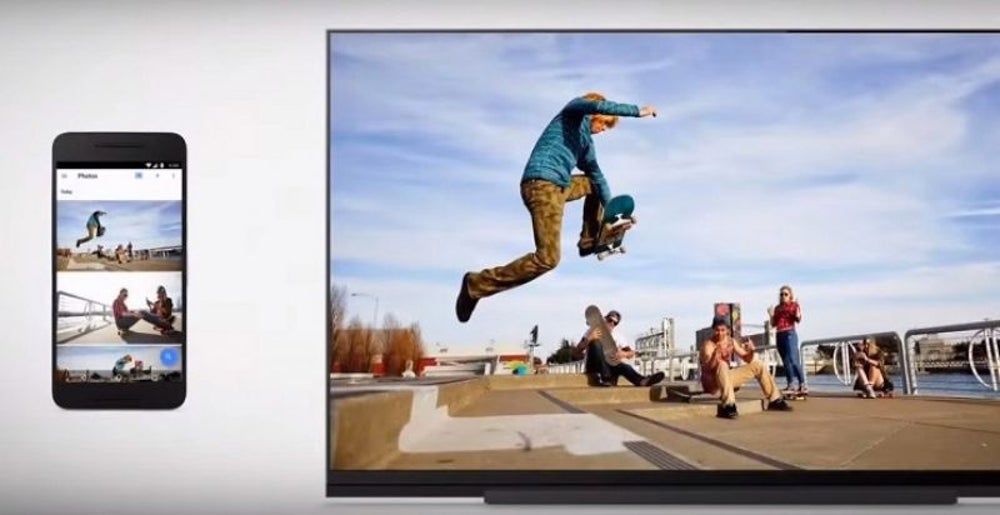 Image credit: PC Mag
Similarly, Chromecast can serve as a modern-day alternative to old-school slideshows; no projectors here. Last year, Google Photos got Chromecast support, so you can now cast your pics from Google Photos on iOS, Android and the PC to your TV.

TV as a DJ 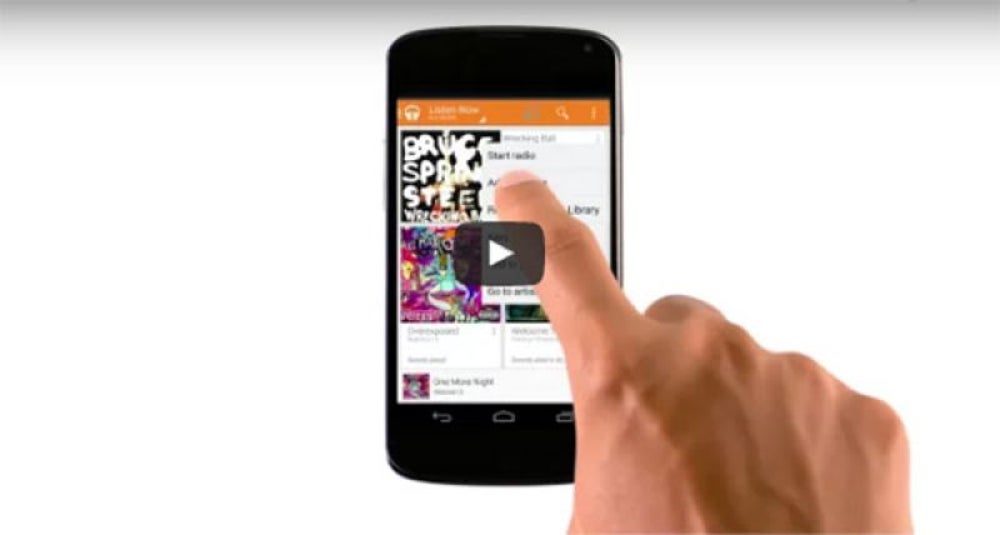 Image credit: PC Mag
To play music through your TV with Chromecast, download Google Play Music (Android or iOS). Open the app, select the cast icon, choose Chromecast from the device list and select what you want to play. For more than your own music, join Google's subscription service for $9.99 a month (those buying a new Chromecast get 90 days free) or $14.99 for a family plan, which also includes free streaming radio and YouTube Red (in Australia, New Zealand and the US).

If you want sound that your TV speakers can't provide, Google's Chromecast Audio device hooks into your speakers and streams music from nearby devices via Wi-Fi. 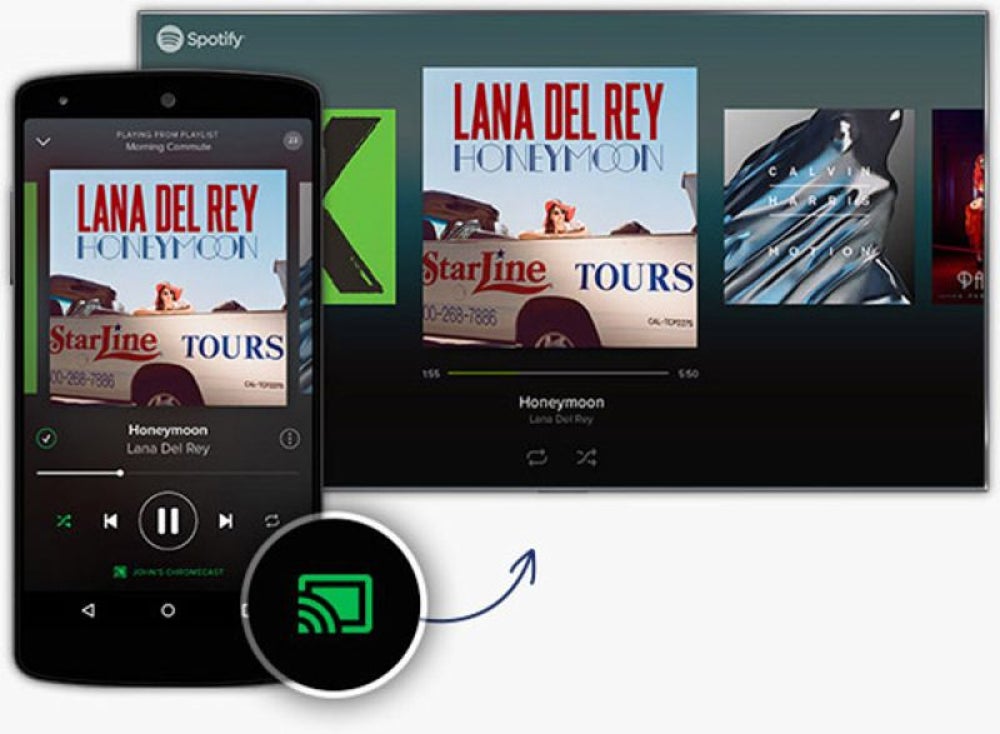 Image credit: PC Mag
If you're a Spotify Premium subscriber, you can finally cast tunes through your Chromecast. Make sure your device is on the same Wi-Fi network as your Chromecast. Open the Spotify app, play a track, select Devices Available and then select your Chromecast. It should work with new and old Chromecasts. Pandora is also an option. 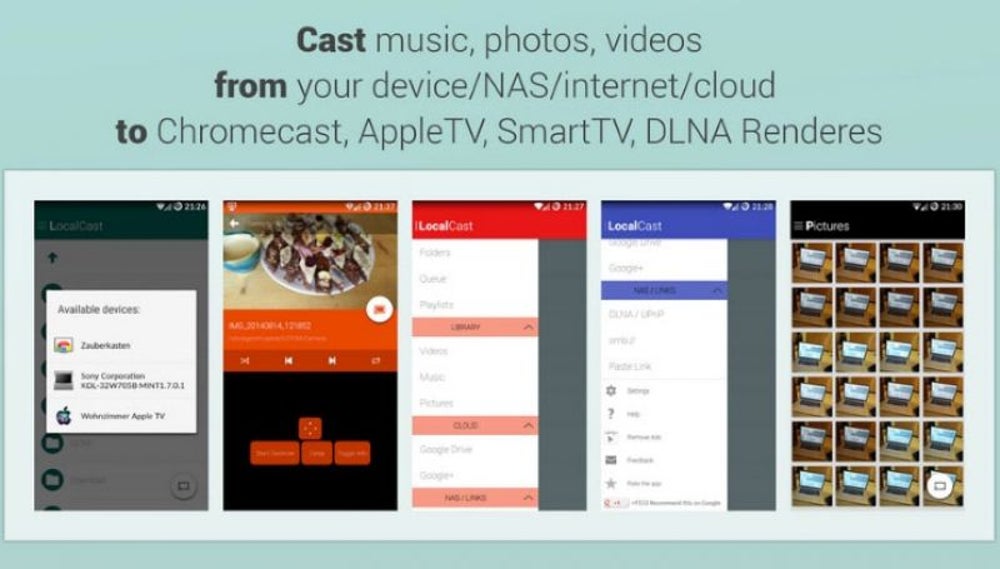 Image credit: PC Mag
If you want to watch something on your TV but don't want the sound to disturb others in the room, then download LocalCast for Android. It lets you cast video to your television while keeping audio on your device. Tap "Route audio to phone" on the "Now playing" screen and plug in some headphones. Note: the app description warns that it's in beta and might be buggy.

Life is but a stream 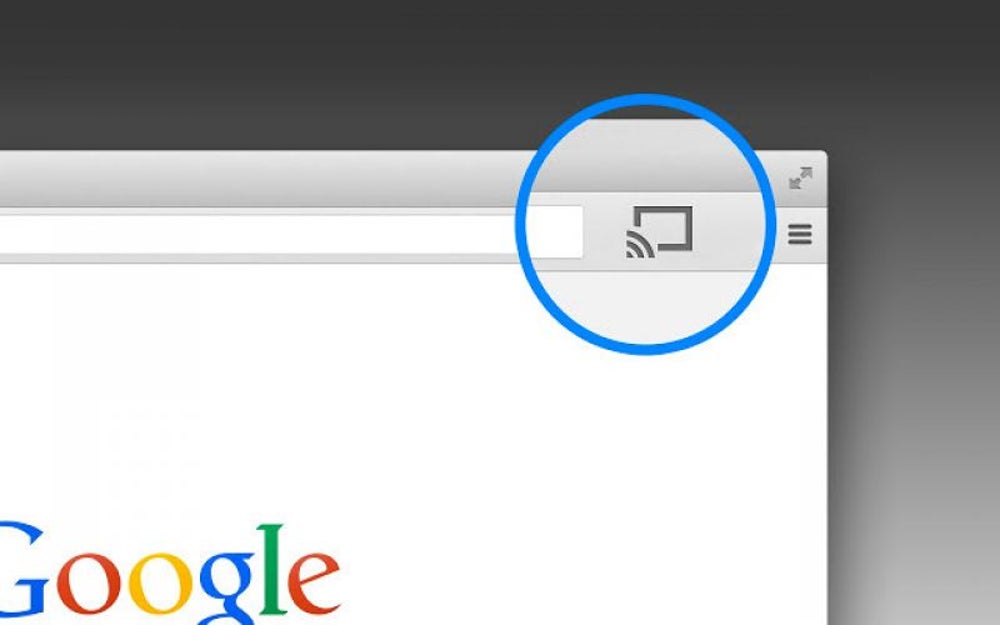 Image credit: PC Mag
Do you feel that your streaming is murky? When casting from the Chrome browser, you can change its quality. Make sure the Google Cast extension is installed, and click the Cast icon on the top right side of your browser. Select Options and a new tab will open, allowing you to change settings. Choose from standard (480p), high (720p) and extreme (720p high bitrate) to clear things up. 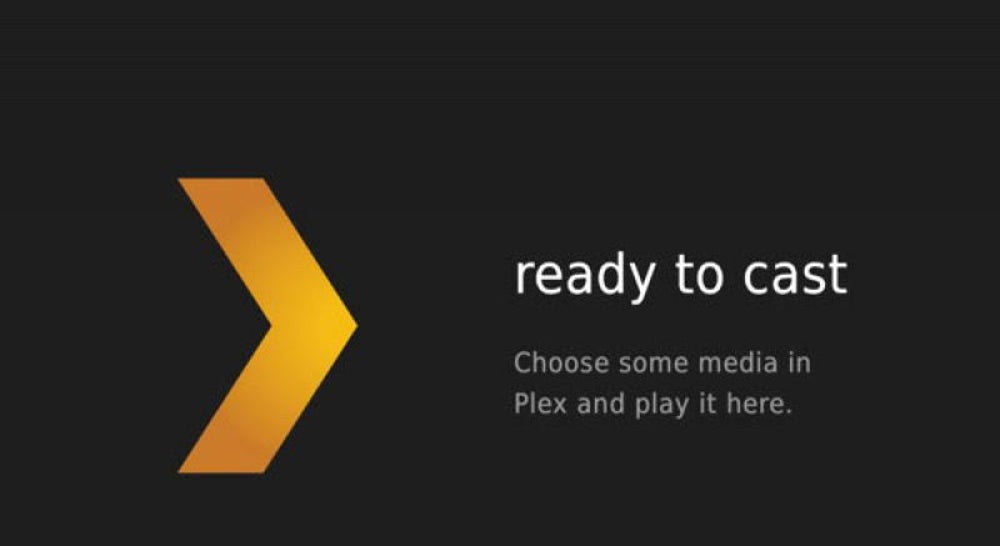 Image credit: PC Mag
One of the chief complaints about the Chromecast is that it doesn't support local media playback, so you can't tap into content you have saved in the cloud. But with media management app Plex, you can stream music, movie and photos via the Chromecast. Plex organizes your scattered content and lets you watch it from tablets, TVs, phones and more. Sign up for the service, then download the Plex app, open it and send your content to the Chromecast. 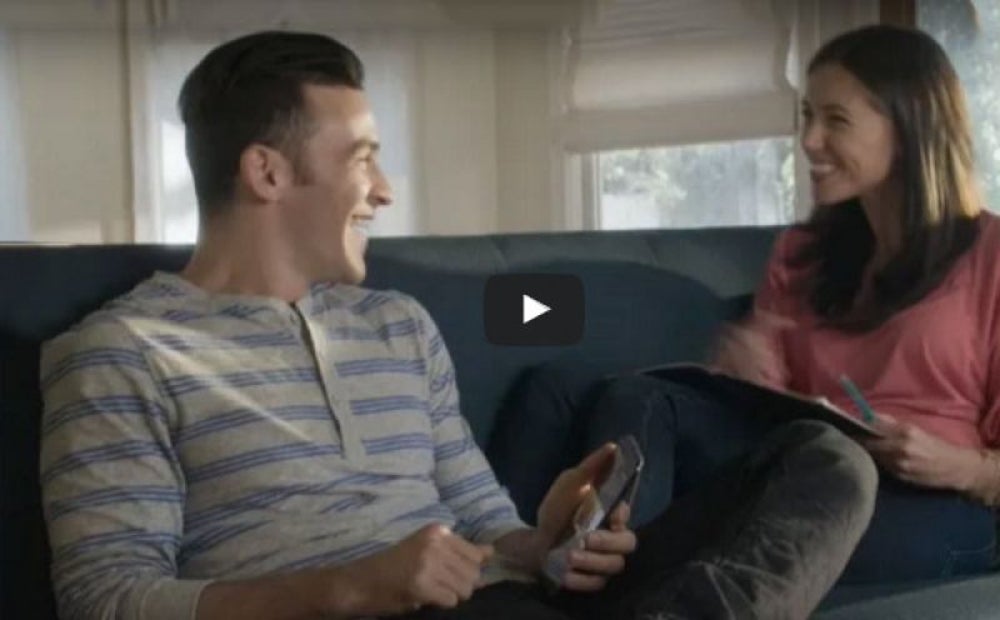 Image credit: PC Mag
On Android, you can mirror your Android device to your television, meaning that you can cast whatever you see on your phone to the TV. It's currently available on several devices with Android 4.4.2 (KitKat MR1) and above; see the Chromecast support page for a full list. 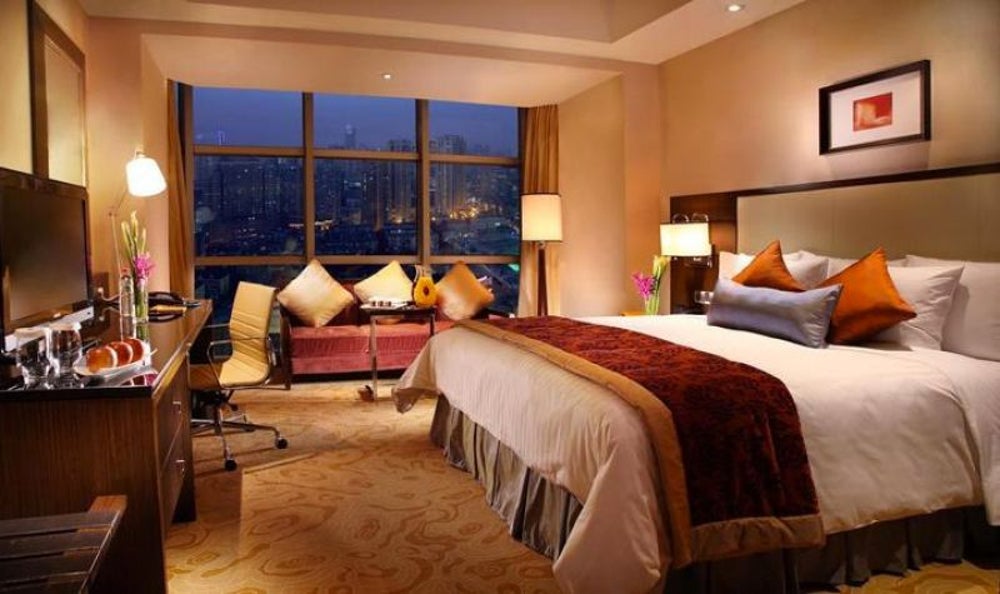 Image credit: PC Mag
On your next vacation, forget about having to watch the limited channels available on the hotel's TV. Using your Chromecast on the go isn't quite as simple as it is at home, but it's doable. Make sure to pack a portable wireless router, like the ZyXel MWR102 Travel Router and plug it into the Ethernet port in the wall. Then plug your Chromecast into the HDMI port on the TV and connect it and the device you're using to cast to it. (If you're at a Marriott, you might be able to get Netflix without the Chromecast, though.)

Can I stream that? 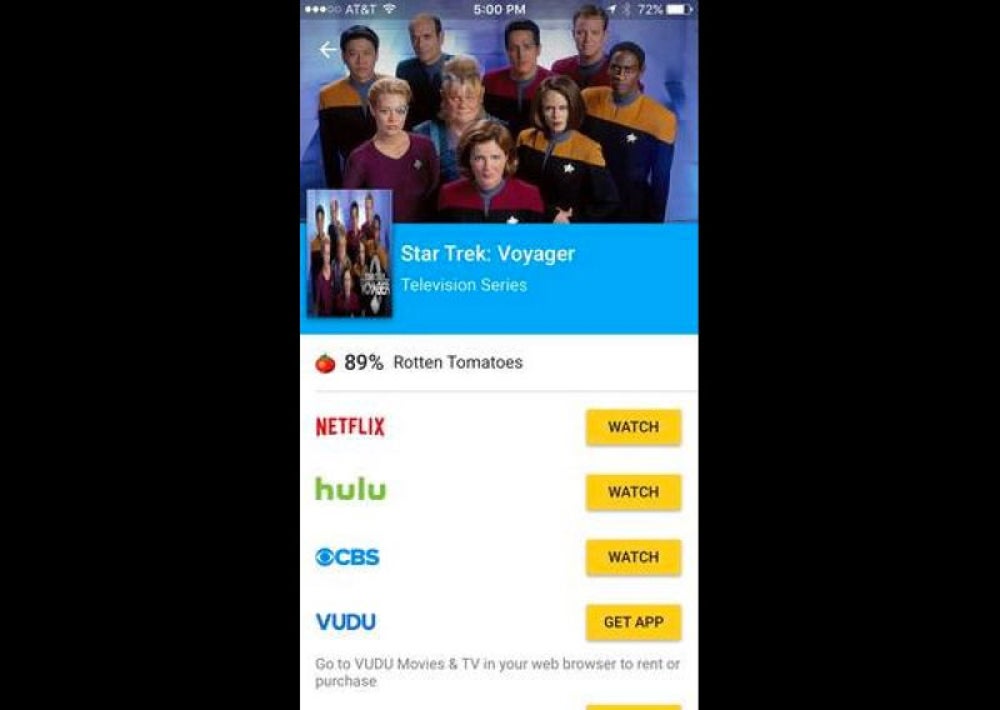 A recent upgrade to the Cast app (Android, iOS) helps you find popular content from Cast-enabled apps. Let's say you want to catch up on Start Trek: Voyager, for example, but are not sure where it's streaming. Open up the Cast app, type the name of the movie or TV show you want to watch in the search box and tap your desired content. The app will tell you which Chromcast-enabled apps are streaming that content, and give you the option to jump to that service or download an app that does.

Apps, meanwhile, are being added all the time. To find out what its latest tricks are, visit Google's Chromecast page and click on New. 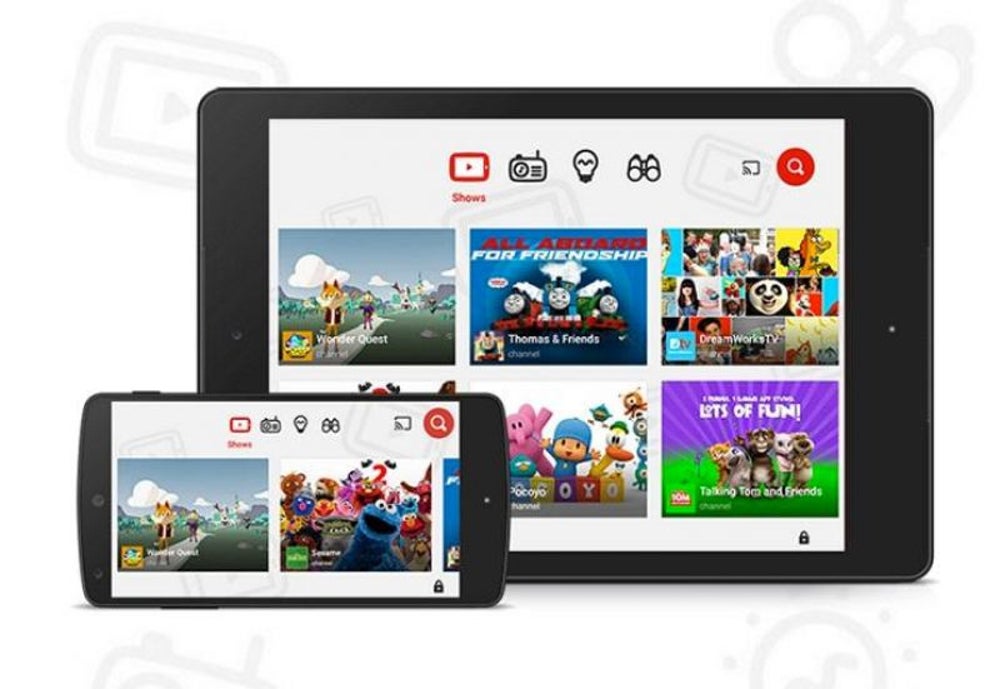 YouTube Kids lets junior watch age-appropriate videos from the Google-owned video site. The app restricts content on the app, even on search, and tech-savvy kids can now cast their favorite videos to the TV. 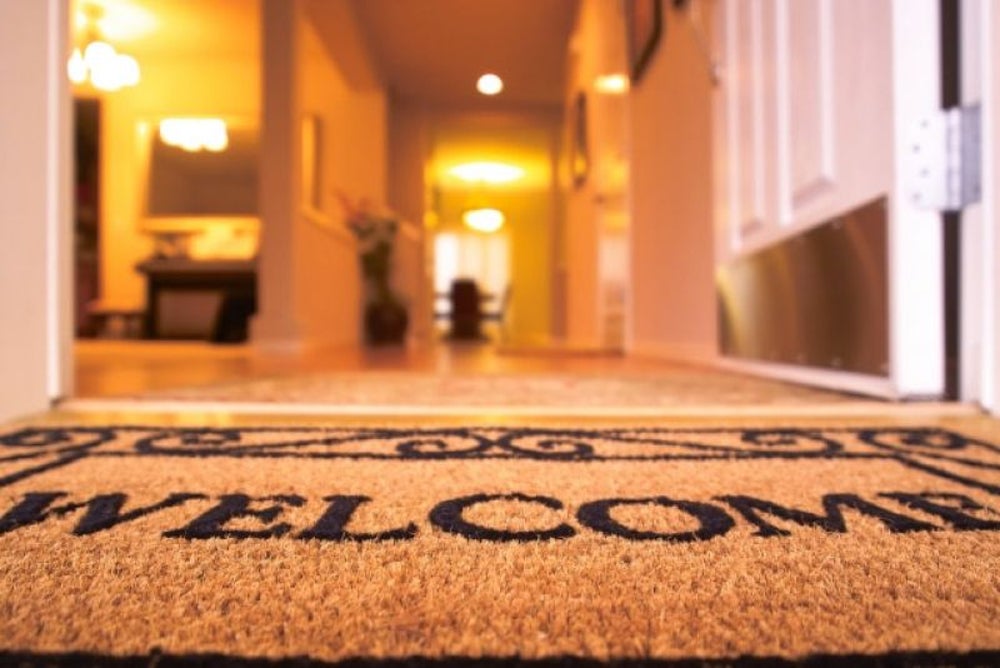 Whether you have houseguests for a week or party guests for an evening, you might want to let them decide what to watch without giving them access to your Wi-Fi. You can now turn your Chromecast to Guest Mode in the device settings, and anyone with a Google Cast Ready app that's open within about 25 feet of the Chromecast will be able to cast once the option shows up on their device. If this fails, the user can manually enter the four-digit PIN that will be displayed on the TV into the app's settings on their device. 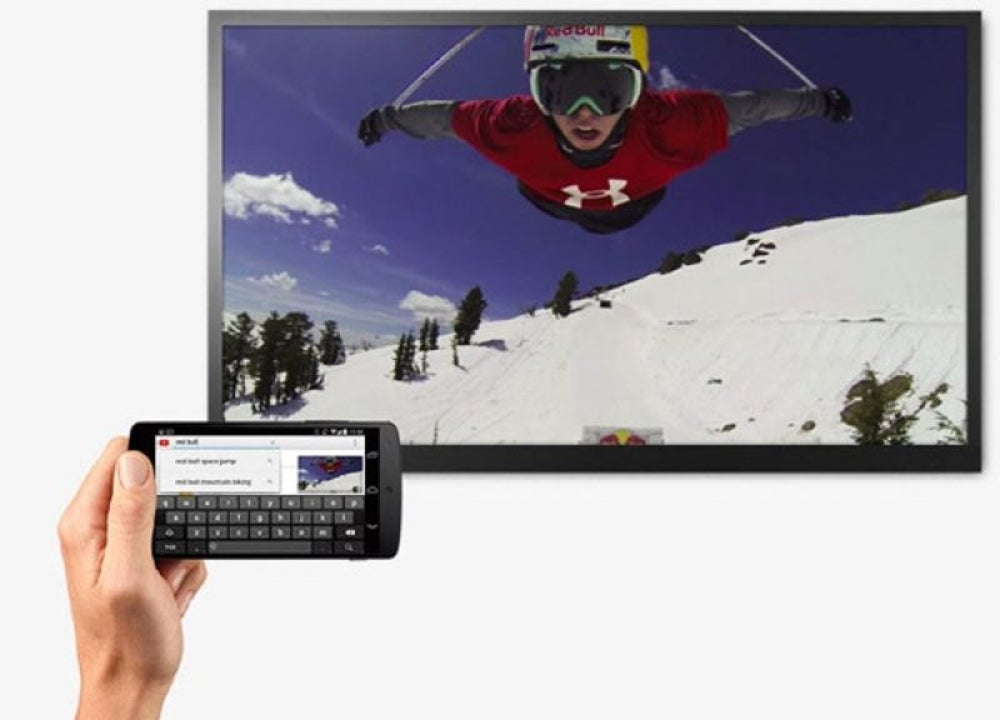 You've probably used your phone as a remote for your cable or Chromecast, but you might not know that you can use it to bypass the process of having to change the input to cast if your TV supports HDMI-CEC. Google the model of your TV and the trade name for HDMI-CEC that matches the brand:

If you have it, then use the TV remote and go to Settings and select the HDMI-CEC option and enable it. Now when you cast to your TV, you don't have to change the input. You can start casting to your Chromecast from another device and the Chromecast will send a signal to the TV, forcing the TV to switch to the Chromecast. The TV remote control will now also work to pause, play, rewind and fast forward whatever you're watching on the Chromecast. 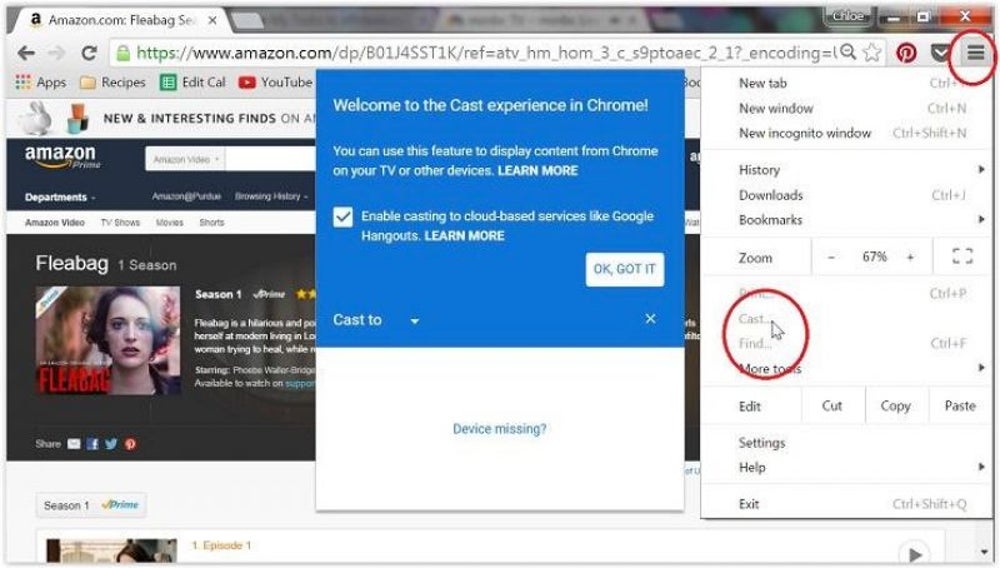 You can watch Netflix with ease on a Chromecast, but there's no easy way to stream Amazon Video since Amazon has its own streaming dongle. There is a workaround, though, as long as you keep a computer with the Chrome browser handy while you're watching on your TV. Open the browser and navigate to Amazon Video and whatever you'd like to watch. Click the hamburger icon on the top right. Select "Cast" and a pop-up window will ask you to select the device to which you'd like to Cast. The downside is that you'll have to go into the browser to control the video. 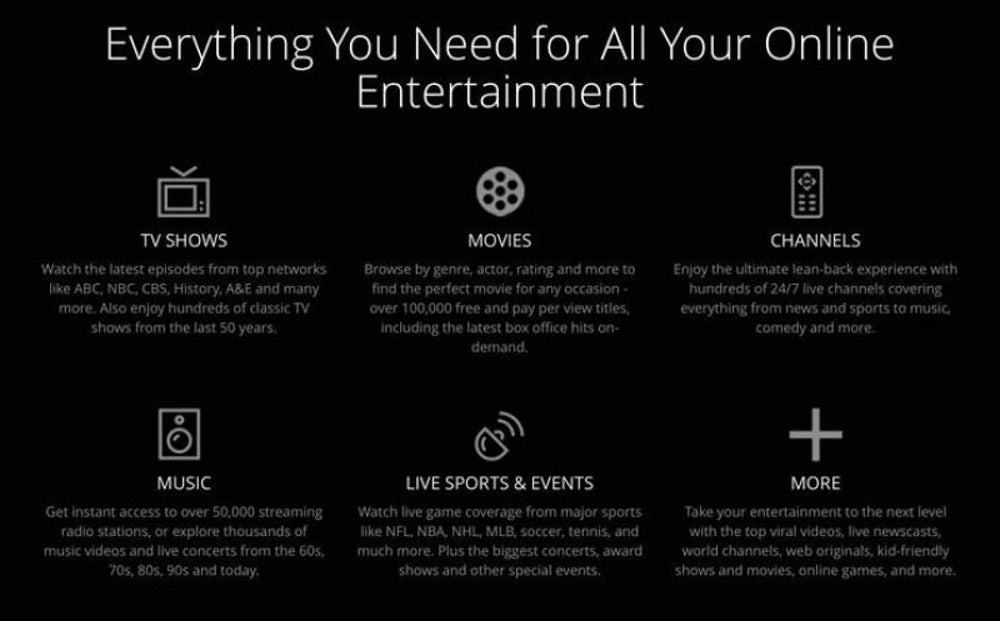 RabbitTV Plus aggregates free content that can be found online and organizes it in a way that will be familiar to anyone who uses a streaming service. While it's not revolutionary, it can save less savvy users frustration and time. The service was previously limited to smaller screens, but it has now added Chromecast support so you can watch from your TV. With the RabbitTV Plus app (Android, iOS), smartphones and tablets can be used to browse the channel guide and act as a remote.

Not for all audiences 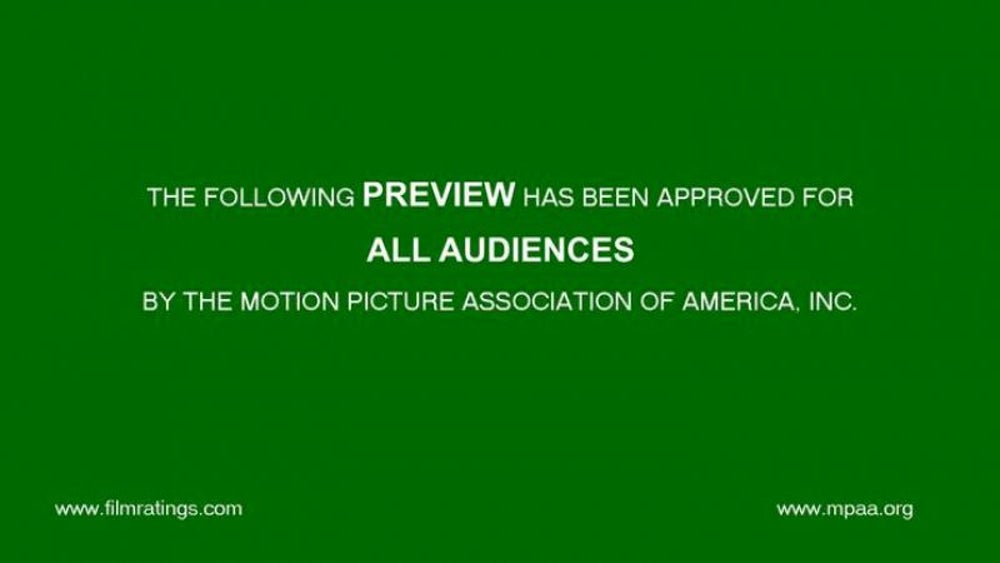 If spoilers never dissuade you, then you'll want to join the Chromecast Preview Program. This will get you the absolutely latest Chromecast features before they're released to the public. Google says the program is not beta but rather just a preview of stable features.

To sign up, open the Google Cast app on an Android or iOS device. Tap Devices, locate the one that you want to use for the program and select it. Now select Device Settings, then Preview Program. Use the slider to select whether or not you want to receive email notifications of updates as they are pushed to your Chromecast device. When you're done, select Join Program, then review everything you've selected and tap OK, Got It.

You may not be successful in enrolling; should you not see Preview Program under settings, then Google isn't accepting members at the moment and you can try again later.
More from Entrepreneur

22 Hidden Chrome Features That Will Make Your Life Easier

3 Chrome Extensions That Can Boost Your Ecommerce Business

How the Google's Upcoming Privacy Settings Will Affect Digital Marketing