Marriott CEO to Trump: 'We Should Keep the Welcome Mat Out'

'Disprove your critics,' he tells the president elect.
Next Article

The country is continuing to process and grapple with what Donald Trump's victory means for all of us. Leaders from sectors from tech, business, entertainment to politics have continued to share their words of encouragement and plans of action.

Related: Hillary Clinton on Why Failure Should Not Hold You Back 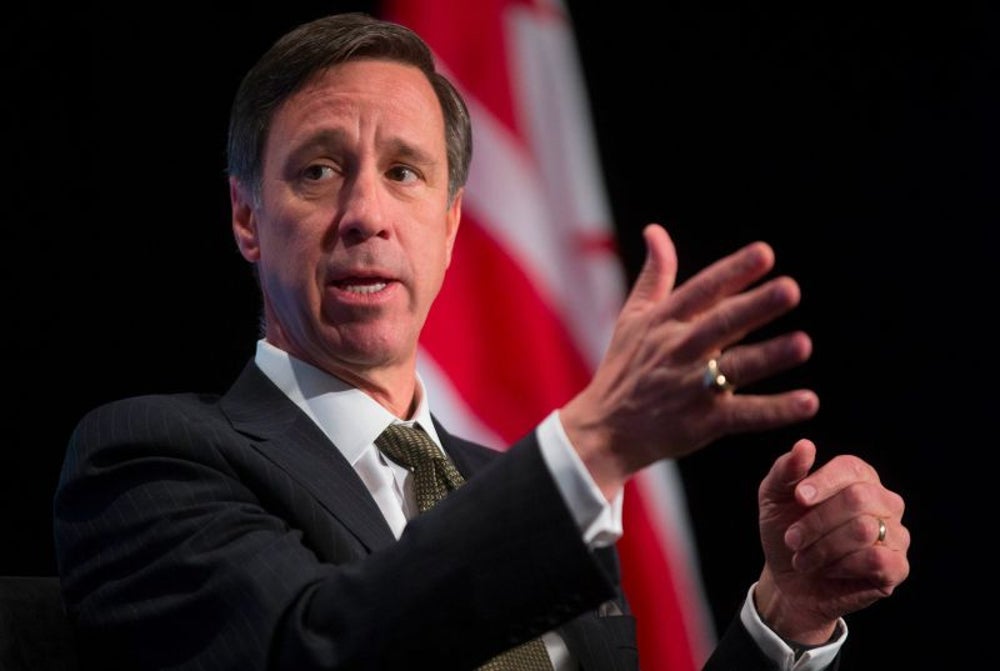 Published to LinkedIn, Marriott CEO Arne Sorenson penned an open letter to president-elect Donald Trump congratulating him on his victory, voicing his hopes for the future and touching upon topics of infrastructure, tax reform and immigration. He encourages Trump to “disprove his critics” and “make America even greater.”

As a hotelier, Sorenson used his letter to touch upon the hospitality industry and how it may be impacted by border security. Although agreeing that strengthening our borders is a good idea, Sorenson writes that he believes we should not close our borders from travelers coming into America. “We should keep the welcome mat out for foreign travelers,” he writes.

“The 75 million foreign visitors we welcome every year support in excess of 2 million jobs in the U.S.,” Sorenson writes. Additionally, when it comes to immigration and job opportunities, the CEO also mentions that some of the most talented, hardest working hires come from all around the world -- and in this way, we should not completely restrict immigrants from coming to America for work. “Our economy and our society benefit from immigration done right.” 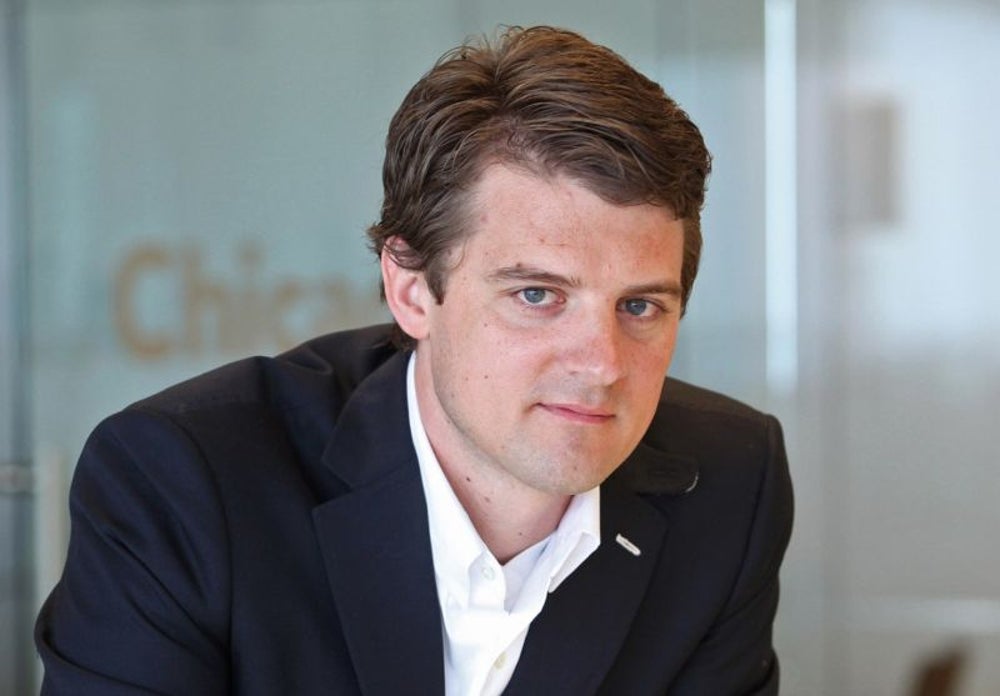 In a memo to his employees, GrubHub CEO Matt Maloney wrote about rejecting intolerance.

"We have worked for years cultivating a culture of support and inclusiveness. I firmly believe that we must bring together different perspectives to continue innovating -- including all genders, races, ethnicities and sexual, cultural or ideological preferences. We are better, faster and stronger together."

While Maloney's intentions may have been to ease any worry of his colleagues, he ended up facing some criticism because of this passage:

"I absolutely reject the nationalist, anti-immigrant and hateful politics of Donald Trump and will work to shield our community from this movement as best as I can. As we all try to understand what this vote means to us, I want to affirm to anyone on our team that is scared or feels personally exposed, that I and everyone else here at Grubhub will fight for your dignity and your right to make a better life for yourself and your family here in the United States.

If you do not agree with this statement then please reply to this email with your resignation because you have no place here. We do not tolerate hateful attitudes on our team.I want to repeat what Hillary said this morning, that the new administration deserves our open minds and a chance to lead, but never stop believing that the fight for what's right is worth it."

He later wrote an addendum explaining that he was not calling for the resignations of employees who had voted for Donald Trump, but rather looking to impress upon his staff that hateful speech would not be welcome. 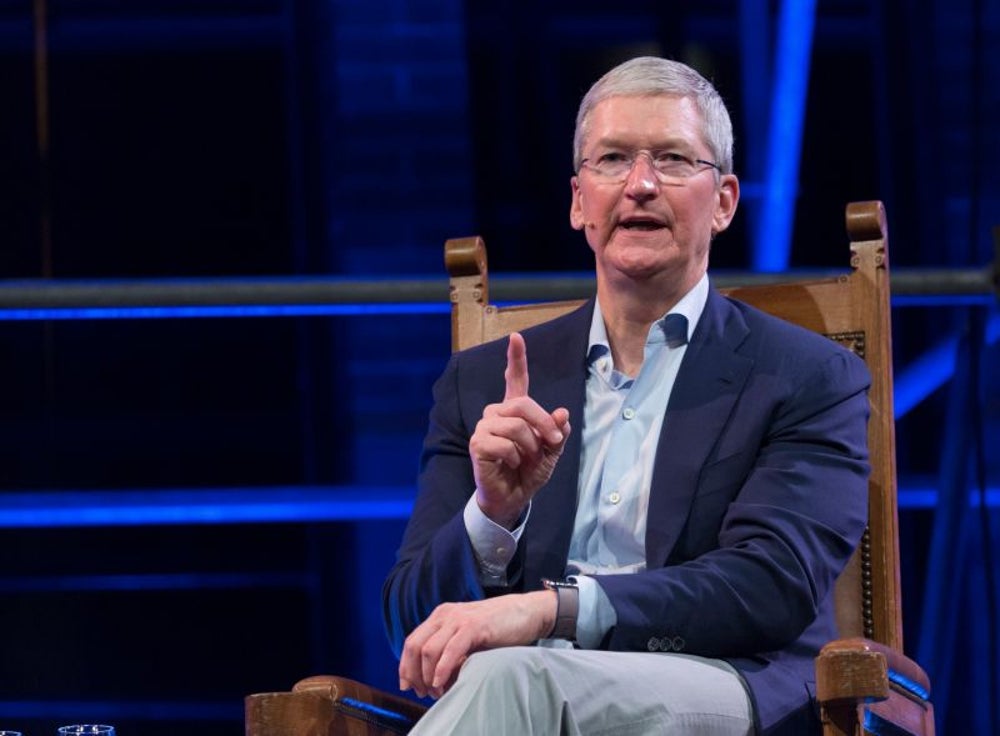 Apple CEO Tim Cook shared a memo with the company urging his colleagues to reach out to each other and to work toward moving forward together.

"We have a very diverse team of employees, including supporters of each of the candidates. Regardless of which candidate each of us supported as individuals, the only way to move forward is to move forward together. I recall something Dr. Martin Luther King, Jr. said 50 years ago: 'If you can’t fly, then run. If you can’t run, then walk. If you can’t walk, then crawl, but whatever you do you have to keep moving forward.' This advice is timeless, and a reminder that we only do great work and improve the world by moving forward."

Alicia Garza, Melissa Harris-Perry and Our100 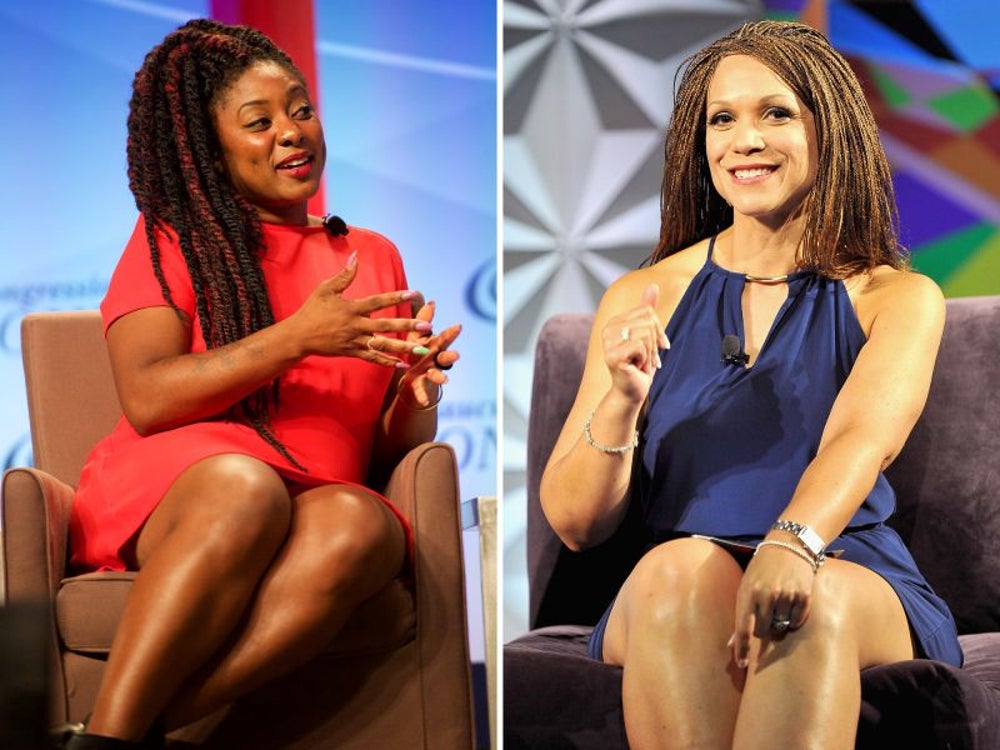 A group made up of 100 female leaders of color including Black Lives Matter co-founder Alicia Garza and professor and writer Melissa Harris-Perry have launched Our100, an organization dedicated to ensuring justice for everyone.

"As women, we stand united in our pledge to continue to take action to bring forward solutions. We know the politics of hate will not get us to the solutions we need.

"As women of color, as leaders, we will build and lead us on a path forward. We must work together to hold civic, administrative and corporate decision-makers accountable. To reach our full potential as people, and as a nation, this democracy must be owned by all of us, for all of us. We pledge our unity and determination to be ready, determined and united behind a vision and plan of action to become a nation where we can all live with dignity, care for our loved ones and the land, and thrive in freedom from all forms of inequality." 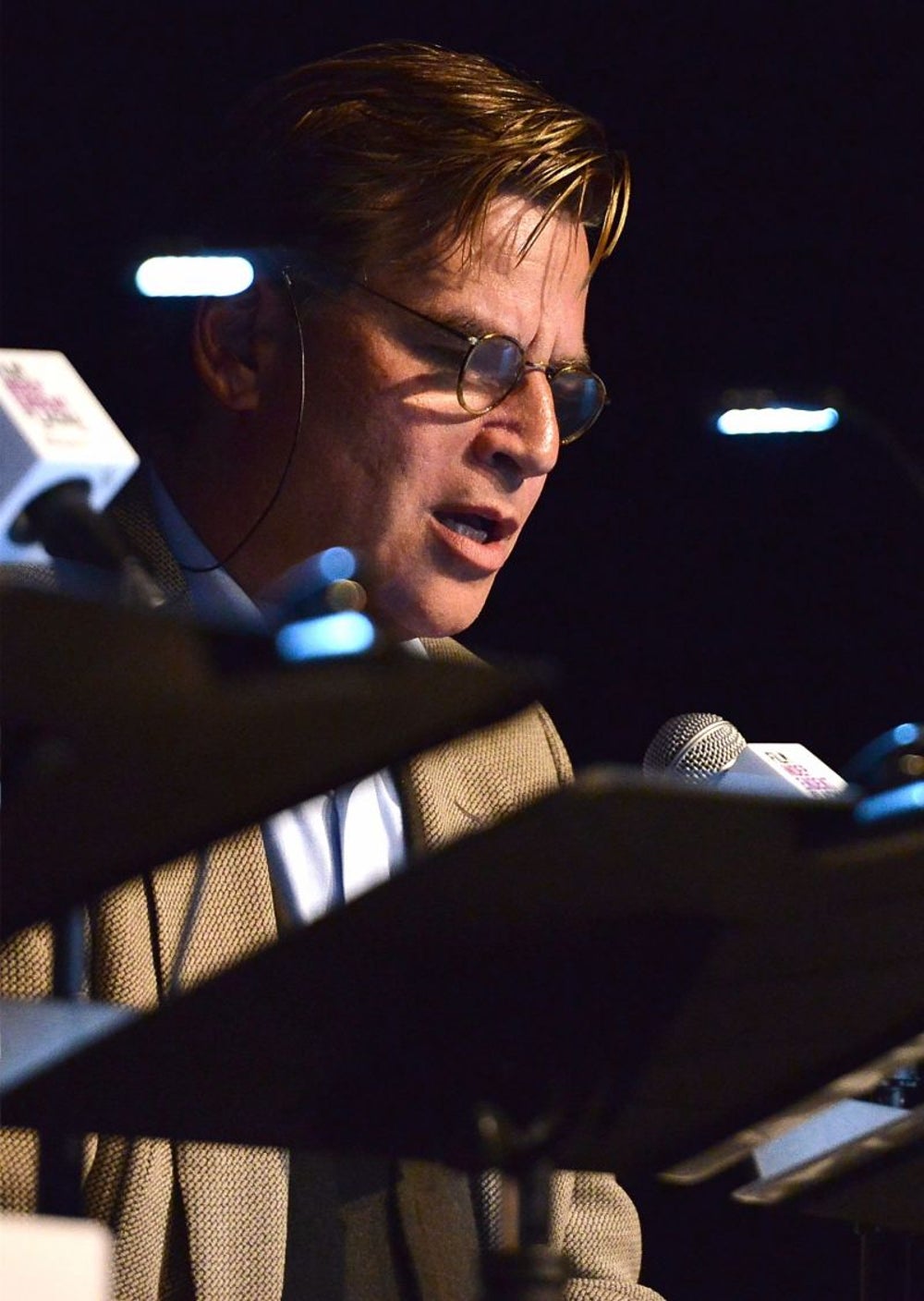 Aaron Sorkin, writer and creator of perhaps one of the most beloved portrayals of the White House, The West Wing, penned a powerful open letter to his wife Julia and teenage daughter Roxy about what they can do as a family to stand up for what's right.

"We get involved. We do what we can to fight injustice anywhere we see it -- whether it’s writing a check or rolling up our sleeves. Our family is fairly insulated from the effects of a Trump presidency so we fight for the families that aren’t. We fight for a woman to keep her right to choose. We fight for the First Amendment and we fight mostly for equality -- not for a guarantee of equal outcomes but for equal opportunities. We stand up. 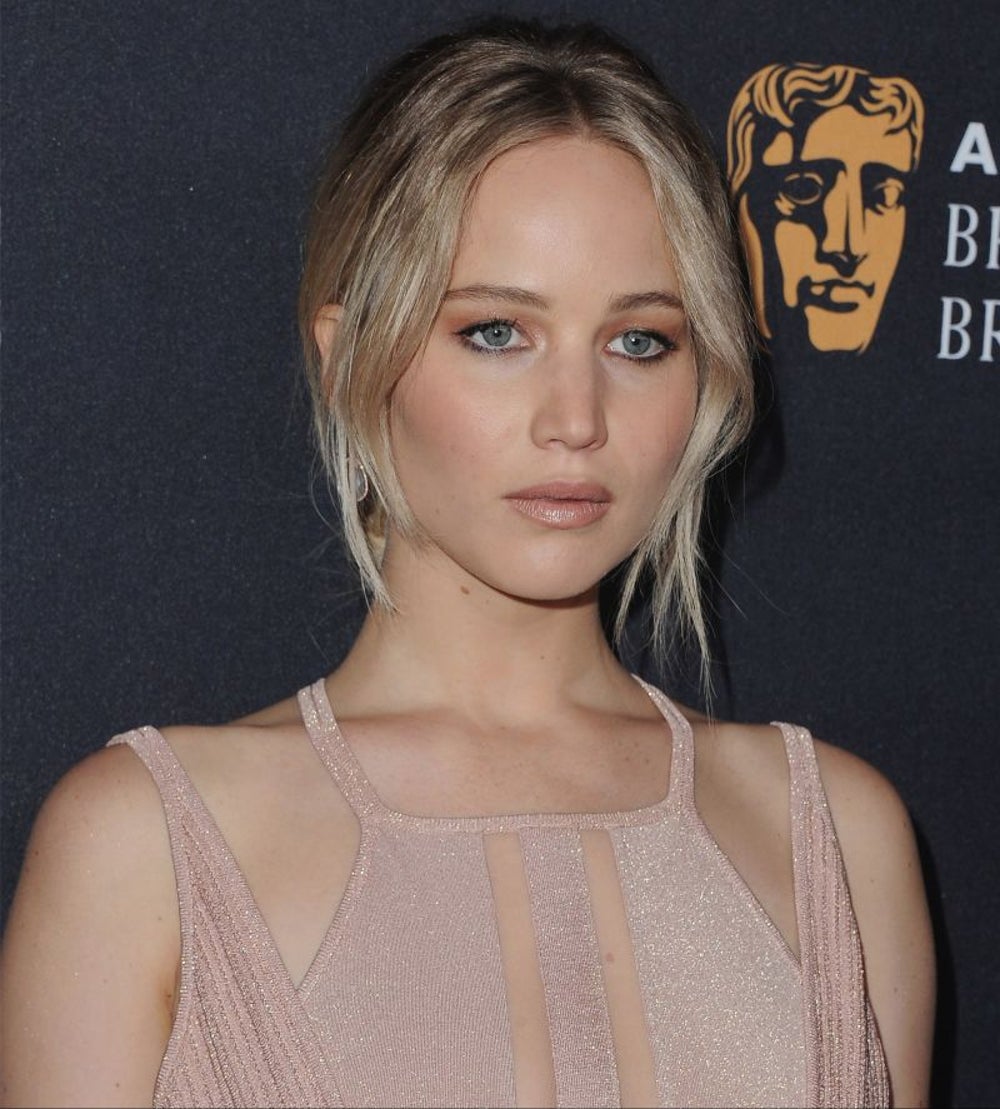 The award-winning actress shared an open letter exhorting people who are unsure of their next steps to do everything they can to educate themselves about the issues that are most important to them.

"If you're a woman and you're worried that no matter how hard you work or how much you learn, there will always be a glass ceiling, then I don't really know what to say. I don't know what I would tell my daughter if I were you. Except to have hope. To work for the future.” 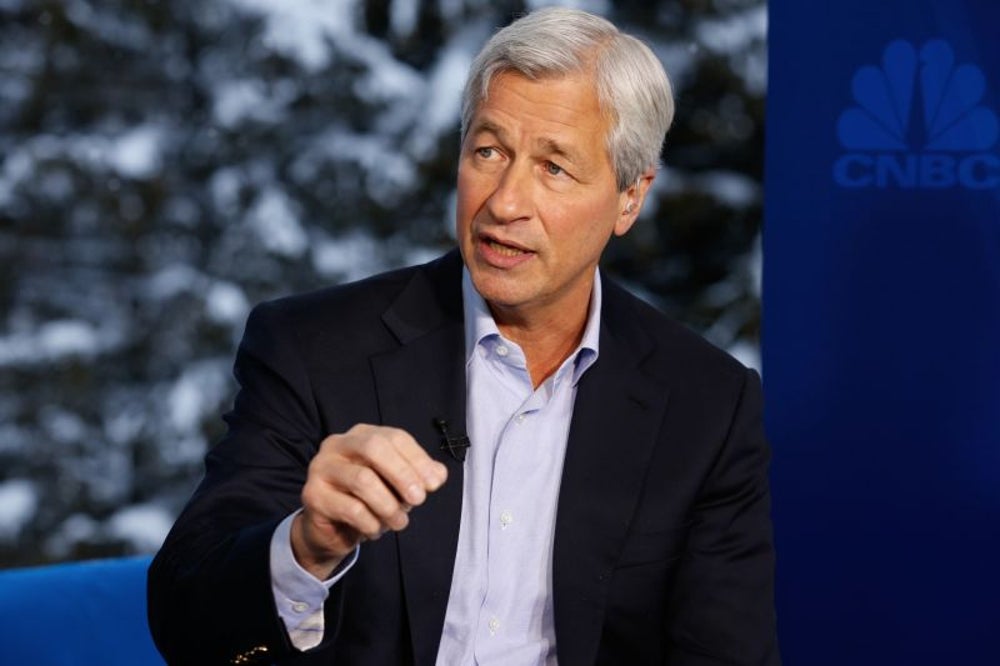 “We have just been through one of the most contentious elections in memory, which can make it even harder to put our differences aside. But that makes it more important than ever to bind the wounds of our nation and to bring together Americans from all walks of life. Recognizing that our diversity is a core strength of our nation, we must all come together as fellow patriots to solve our most serious challenges.” 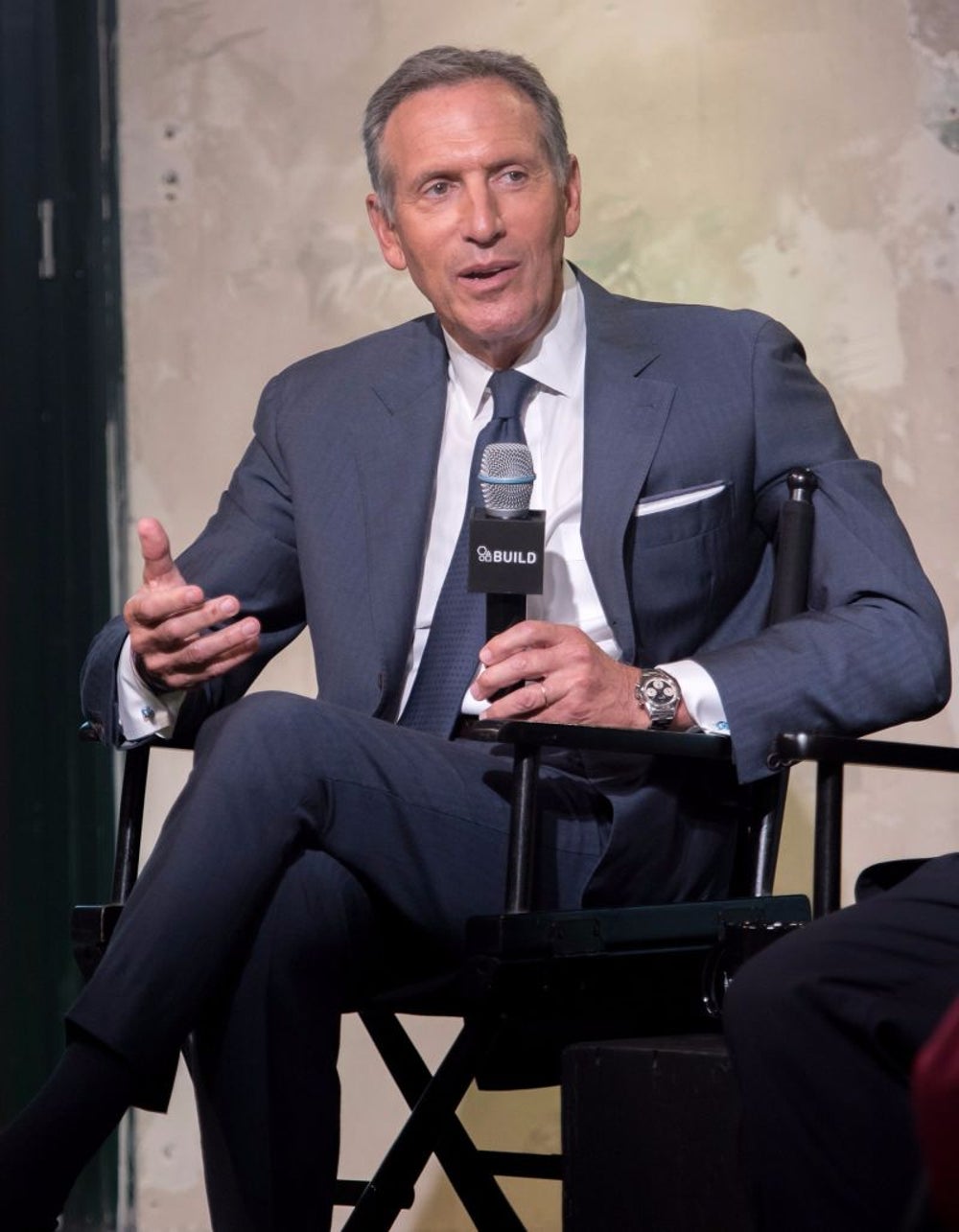 Starbucks Chairman and CEO Howard Schultz weighed in on what we can do to care for each other.

"Whether you are pleased or disappointed by the outcome, we each still have a choice. Today and every day, we have a choice in how we treat one another in our homes, in our neighborhoods, and of course in our stores.

"We can choose to answer the challenges of the day with kindness and compassion. We can choose to listen, to understand and to act with respect. We can choose to live by the values that reside in each of us, and honor our commitment to nurture the human spirit with love, and offer everyone in our stores and communities a place of inclusion and optimism." 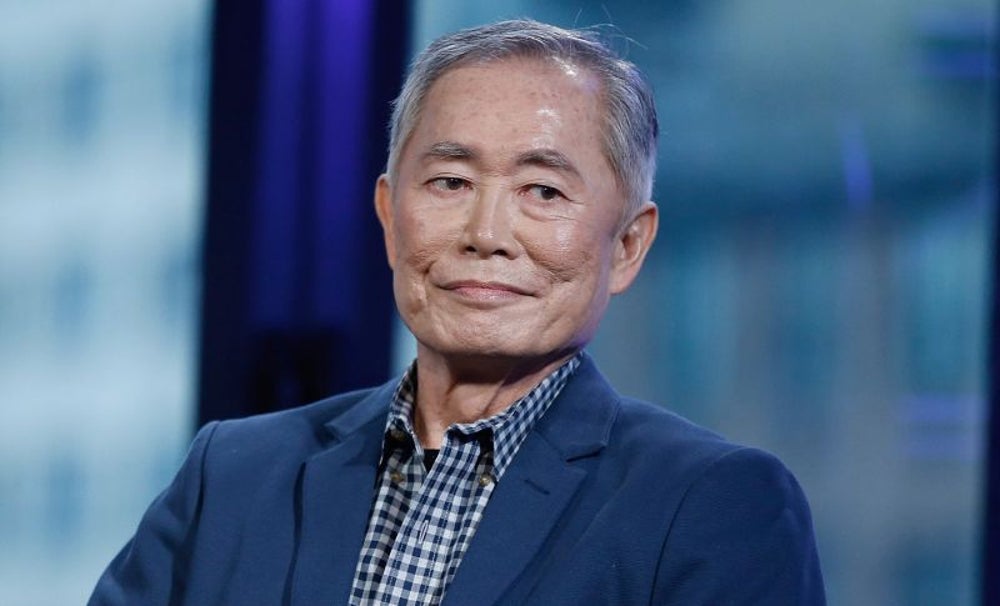 The actor and activist took to Facebook to urge everyone to hold onto the vision they have for the future of the country and fight for it.

"Many of you are, like me, in a state of shock. This does not feel like the America you love and honor. We are in unchartered waters. In times like these we must reaffirm the values we cherish and have fought for: equality, justice, the care of our planet. We must stand up defiantly to any dark or divisive acts, and look out for the most vulnerable among us. It is more important than ever.

"Within our hearts we know the society we wish to live in. No one can take that vision from us. We are each of us keepers of that promise. This country has seen wars and grave injustices, slavery and even civil war in its past. Yet we found our way through."