How to KonMari Your Way to a Happier Digital Life

How to apply Marie Kondo's life-changing organizational magic to your devices and social media.
Next Article


I fell under the spell of The Life-Changing Magic of Tidying Up, a 2014 book from Marie Kondo, which lays out a decluttering and organizing system that promises nothing less than improvements in every aspect of your life.

The book urges readers to take all their worldly belongings, put them in a pile, hold up each one and ask themselves if it sparks joy. If it does not, thank the item and get rid of it; if it does, put it away in an orderly fashion.

The process has earned Kondo a cult-like following and a second book, Spark Joy. In it, Kondo explains her tidying principles in more detail, while a companion iOS app, KonMari (her nickname), keeps track of your organizing efforts, connects you with other "Konverts" who are clearing out their clutter and serves as a recruiting tool for KonMari consultants who want to spread the message.

The KonMari method sounds a little woo-woo, but it worked for me. I bought the book as a Christmas gift for my ever-tidying, ever-cleaning mother. As it turns out, I was not the first person to think of her when I saw it and since she already had a copy, I kept the one I got for her. It sat unread on my shelf in a very un-Kondo-like way for a while. But one day I picked it up, and midway through I was swept up in tidying mania and all of my possessions found themselves on my bed.

After many days of purging, my apartment -- which has always been clean and neat -- reached a new level of order, as did my life. Following the principles of the book, I have evaluated life choices consumer and personal and decided about them, at least partly, depending on whether or not they spark joy.

Though smartphones don't take up much space, they do create emotional clutter. Social media fights and memories that fill up the memory on our gadgets can hold us back. Luckily, Kondo has some advice for tech addicts, too. Read on for that and a few thoughts of my own to KonMari your digital life. 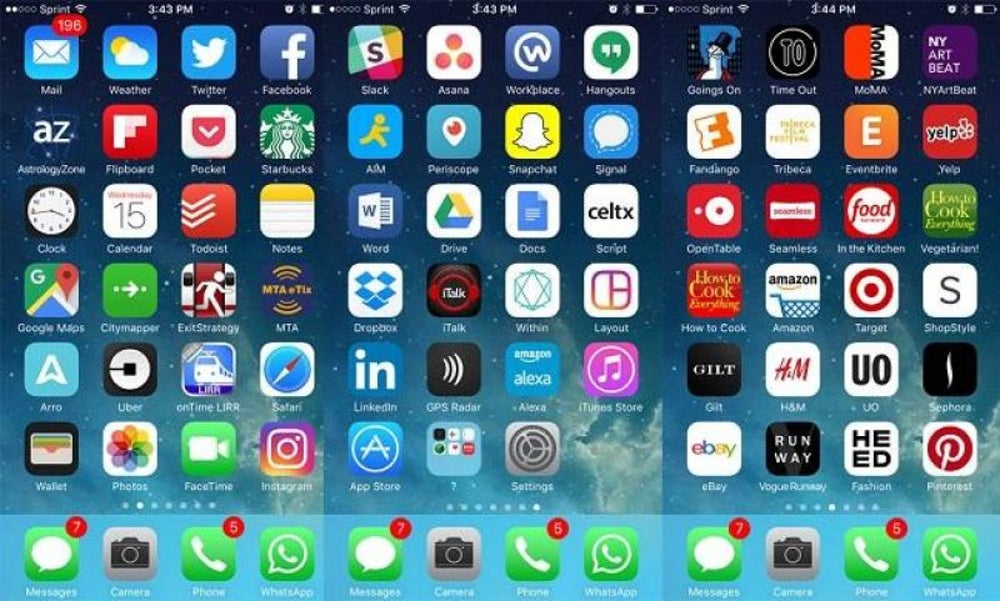 Kondo loves vertical stacking and containers. If you apply this advice to your phone and tablet, it can be taken to mean that you should sort apps into folders. But this is the opposite of tranquil. Already small icons become miniscule ones; you will never be able to tell Netflix from Yelp at that size. So keep your apps out in the open but do organize them by screen.

My Home screen has all of the apps I use in the morning, pretty much in order of use: weather, social media, train schedules, coffee cards and the like. The next screen is dedicated to work-related apps such as Slack, Asana, Workplace and Google Drive. Then there are screens devoted to off-hours entertainment, shopping and health. The bottom tray are the things I turn to constantly: messaging, mail and camera. 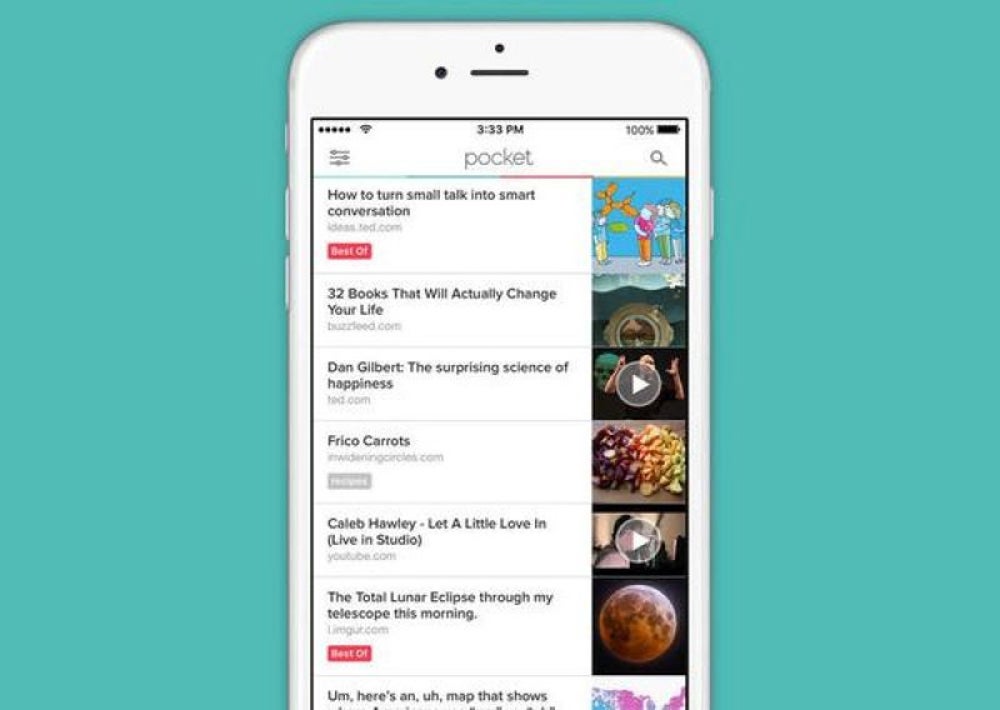 Going through my books and getting rid of them was one of the most difficult things for me. Books are the only thing I keep that I don't truly need. But I followed Kondo's advice about only keeping those that fall into your personal Hall of Fame (admittedly four bookshelves for me).

The corollary here is to go through your computer and phone and get rid of things that you mean to read sometime: bookmarks, endless tabs, ebooks and things you saved to Pocket. As Kondo says, "I'm afraid that from personal experience I can tell you right now, ‘sometime' never comes."

The Sound of Silence 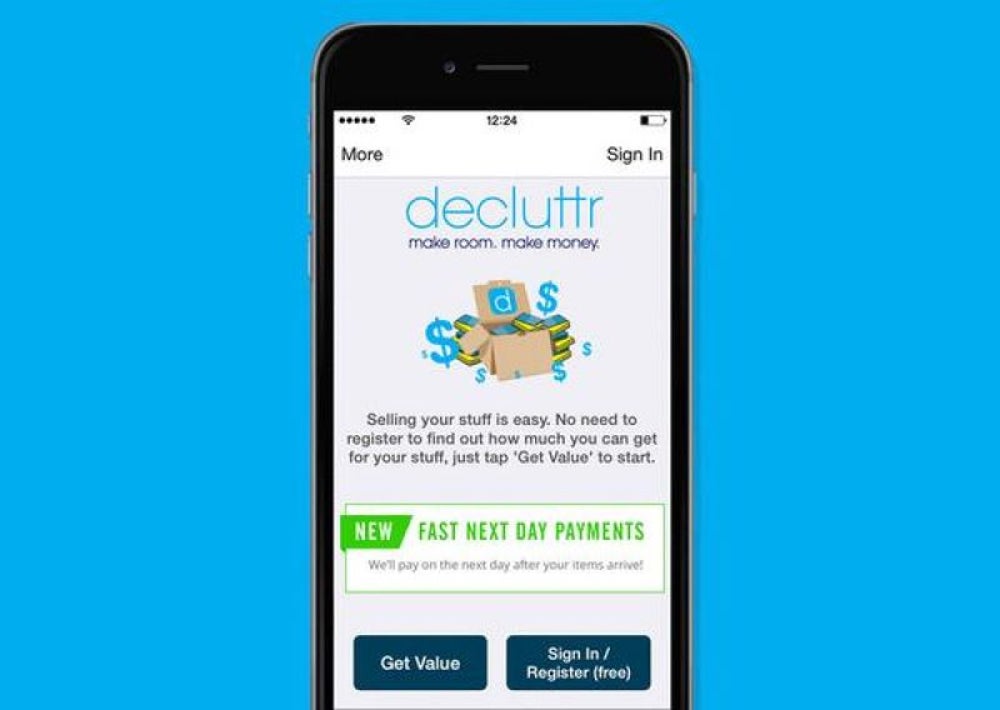 CDs, DVDs and video games are in the same category as books, and should be dealt with in an identical way. Pick each one up, evaluate your feelings toward it and divest yourself of those that do not enhance your joy. If you feel guilty throwing things out, sell them to a site like decluttr. But "whatever you do, don't stop to listen to music or watch a DVD," Kondo warns. 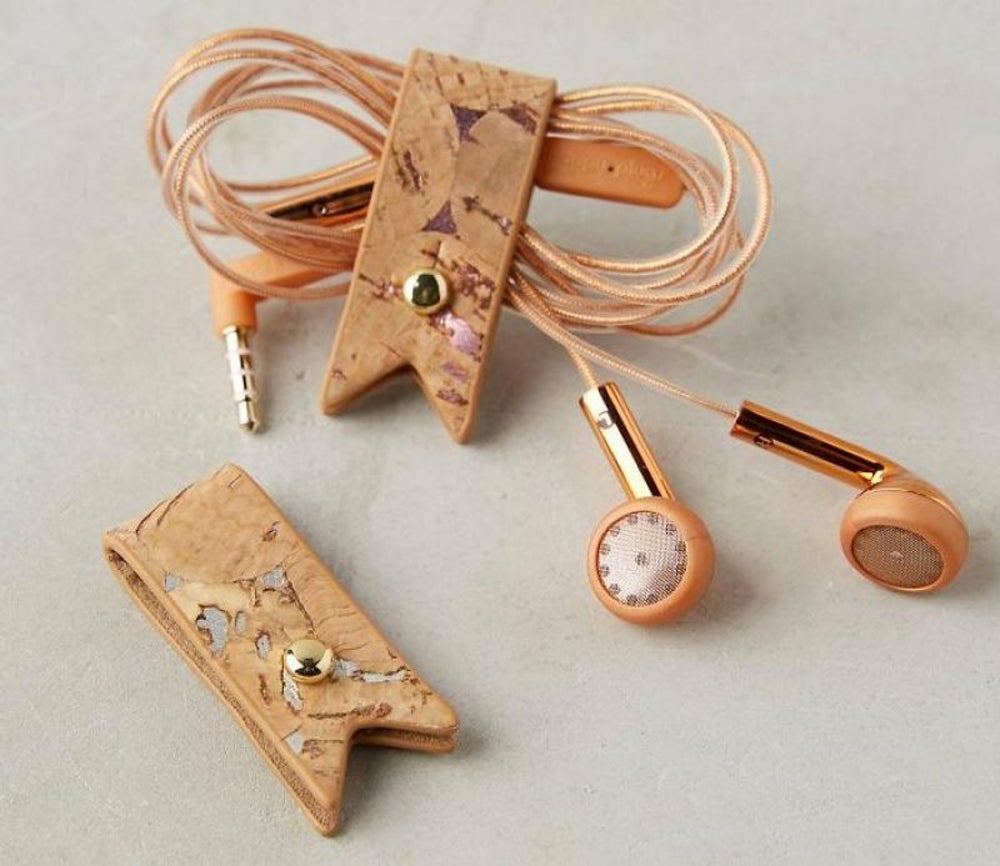 You know that somewhere in your closet lurks a coil of cords whose mystery you may never unravel. Is that the charger that came with your camera? The PalmPilot you owned last century? You'll probably never know so let them go. Recycle them along with any earphones, chargers, printer cartridges for printers you no longer have and other small, abandoned electrical items. For the cords you are keeping, do not store them in the plastic bags they came in. Wrap each one individually around a cord keeper or with a cord wrap and store them all in a box. 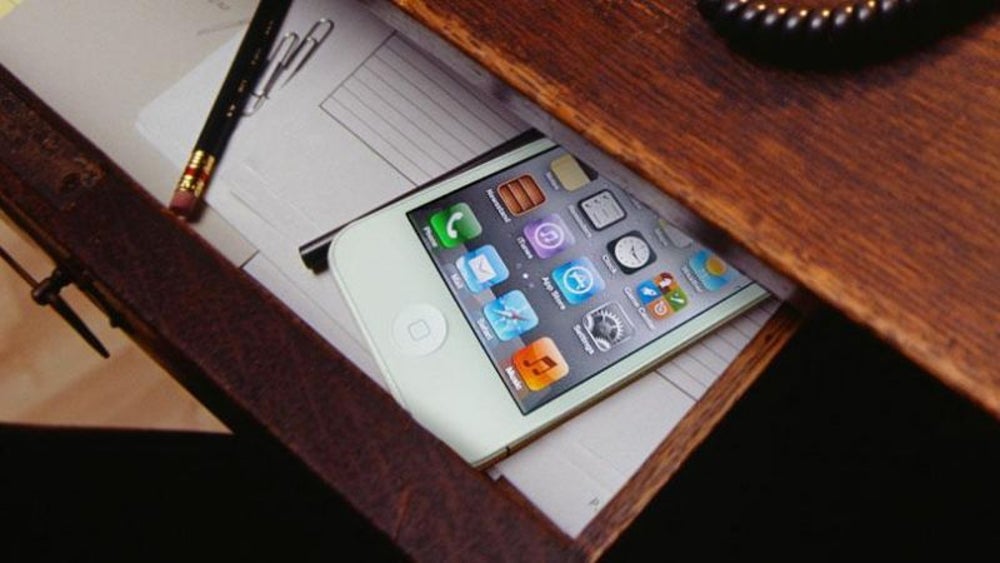 How many old phones do you have lying around? Kondo thinks it might be a lot. "Many people tend to hoard old cell phones," she writes in Spark Joy. If you have no sentimental attachment to the phone and you are not using it, get rid of it. No matter how old your phone is, you can probably get some cash for it; at the very least you should recycle it. If you're holding on to a phone because it contains photos or messages you want to save, download them and deal with them at the end of your tidying efforts and discard the phone itself. 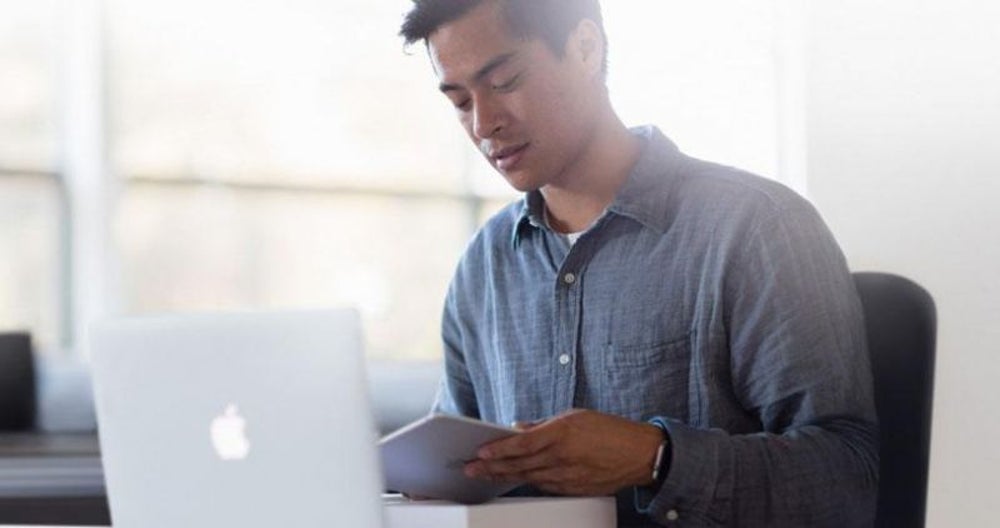 As paper-free as you try to make your life, most digital goods still come with manuals and warranties. Kondo is pretty ruthless here regarding manuals; she advocates throwing them out (well, recycling them) because they can probably be found online. Warranties should all be stored in one clear plastic folder that's sorted through regularly with expired documents tossed. 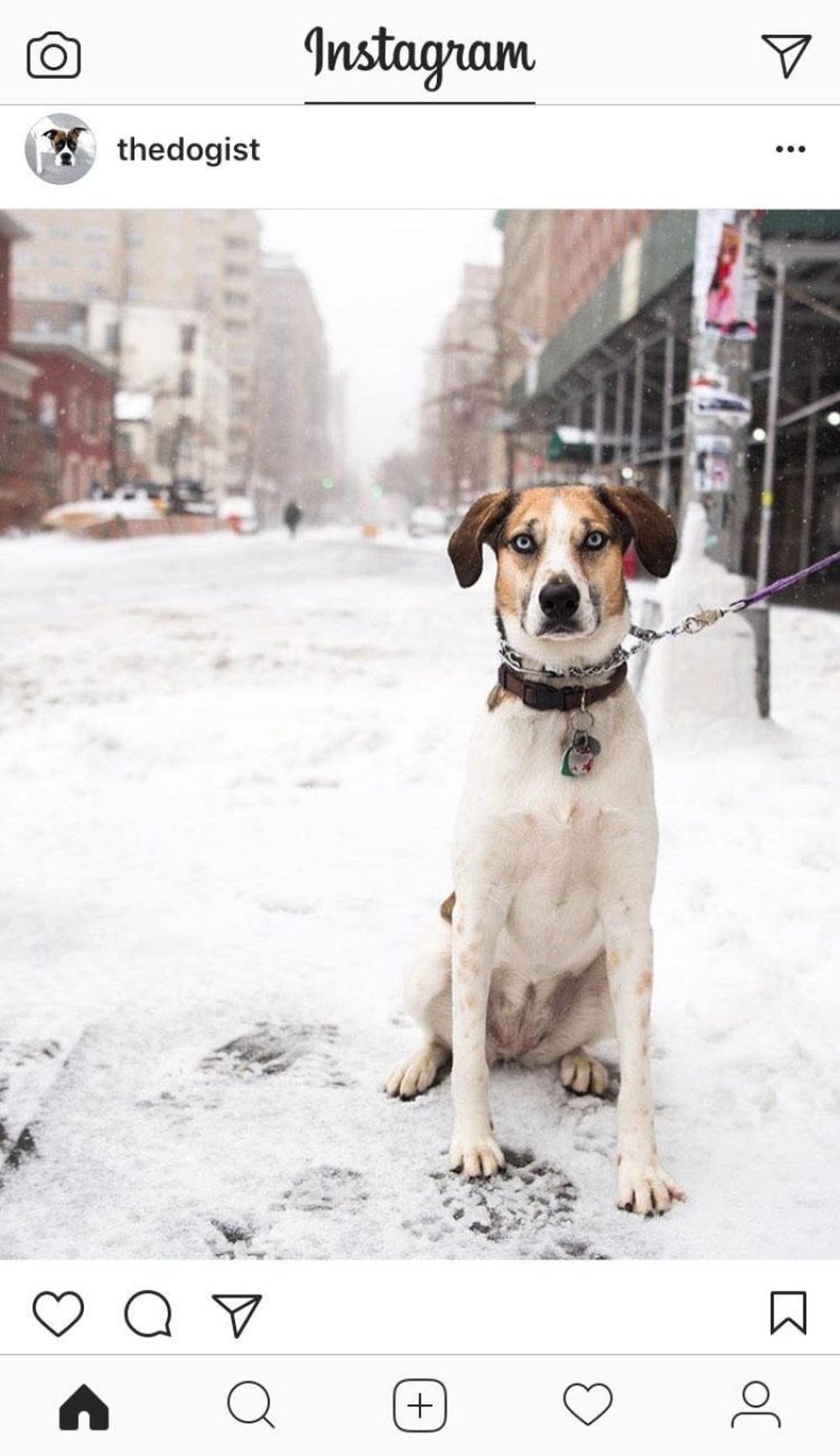 Kondo never addresses social media, but she is very clear on moving beyond the past. So if you are friends with exes or "frenemies" on social media and it is taking a toll, mute or unfollow them.

As for apps that fill you with a sense of dread, evaluate why. Carefully cultivated social media profiles are often blamed for causing depression and anxiety, but before you wipe out Instagram and Facebook altogether, consider who you follow. My personal Instagram is used to follow adorable animals; if you want the formula for sparking joy, that is it.

In these politically divided times, Facebook can be a minefield of fighting family and sparring with childhood friends. If it is too much, visit it less or turn down the volume when you feel overwhelmed. Facebook lets you unfollow people without unfriending them; they don't show up in your News Feed and you avoid having to explain an un-friending episode. Twitter, meanwhile, is an incredible source of information, but it is also populated by lots of racist eggs. Until the service fixes its abuse problem, mute, block and use the tools it provides to filter what you see.

In a Sentimental Mood 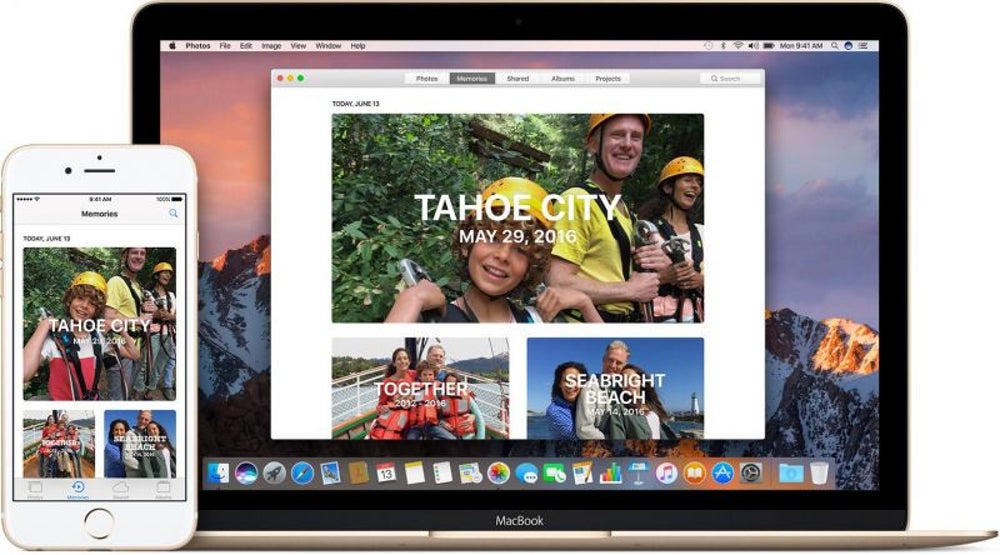 Kondo gives you mental space for sentimentality but does not allow for a lot of actual space. She advises that you save these for the last stage of tidying because they are the most difficult to deal with. Kondo has three basic rules: don't store these items outside your home (or phone, computer, etc.); for things you truly cannot part with, keep them with confidence, not shame; and consider how the future you will benefit should you decide to hang onto something.

Sentimental items fall into every category, so this means going through whatever app you use for notes, as well as your photos app and yes those text messages from past loves. Separate what you decide to keep into a folder or album system. If you're holding on to something from an ex, keep it only if the thing itself is now such a part of your daily routine that you no longer associate it with that person. Kondo is all about acknowledging the past, being grateful for it and moving forward.