This Profession Will Be 'Doomed' in the Robot Uprising

With all the talk of the robot uprising, find out if your job is really safe.
Next Article

Worried that robots will take your job? It's time to find out the truth.

The recently launched website, WillRobotsTakeMyJob.com, helps you uncover whether your career is in jeopardy to future disruptions. By simply typing your job into the search bar, the website generates a percentage of how likely people in your career are going to get the boot. It also lets you know the automation risk level -- your job could be anything from "totally safe" to doomed -- and other information such as projected job growth, median annual wage and number of people employed.

Ready to find out the truth? From software developers to marketing managers -- here's how likely robots will take these 11 popular jobs. 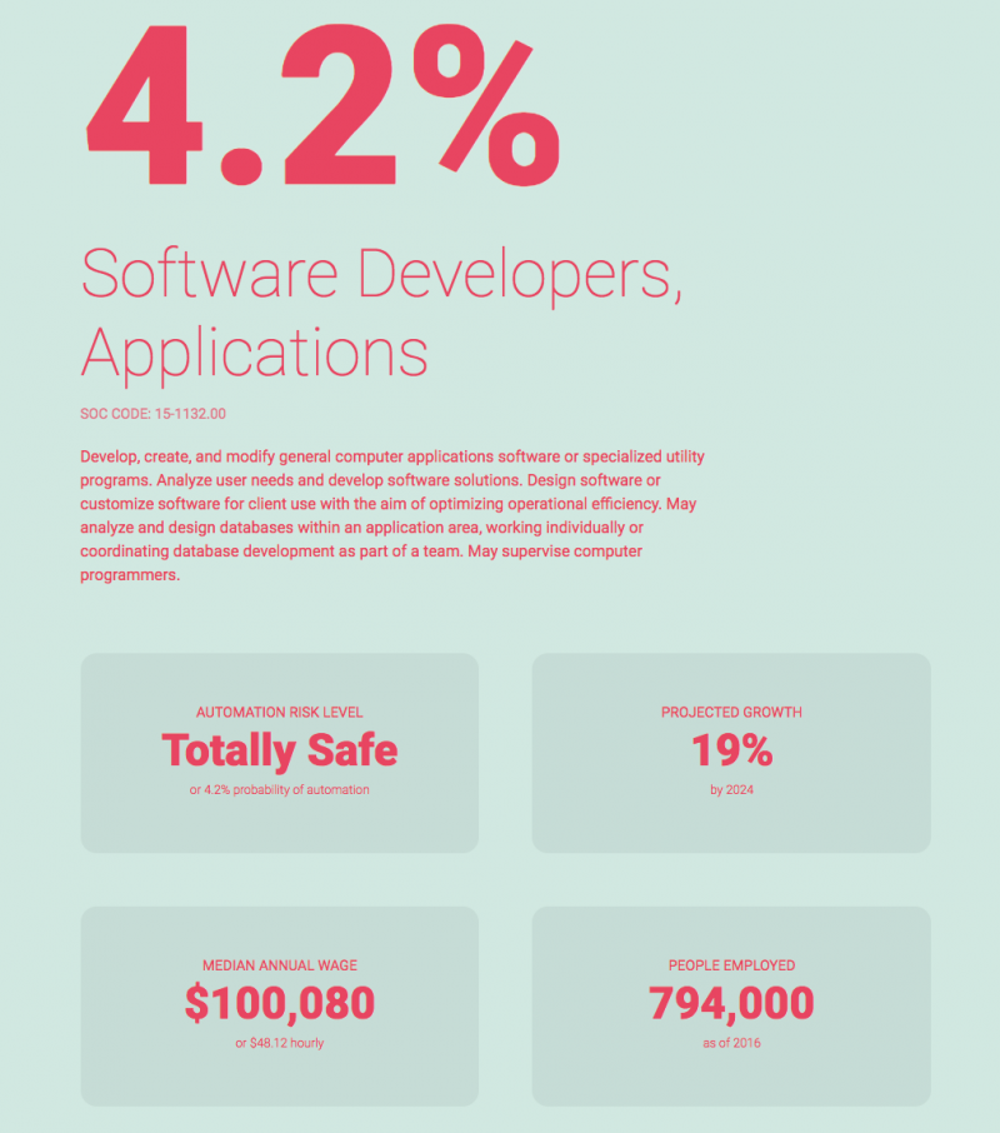 Keep on coding software developers. According to the website, your career is "totally safe" from robots and in fact, this area is expected to see some growth. By 2024, the website predicts an overall 19 percent growth. 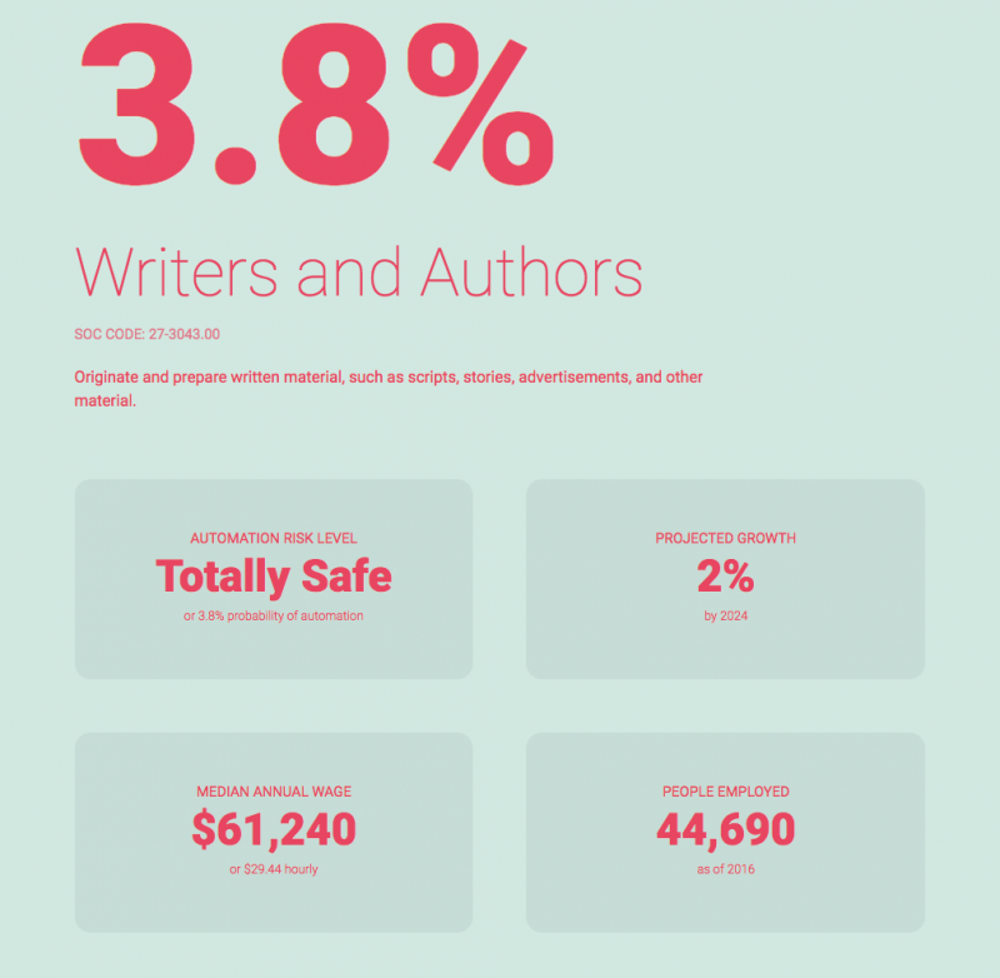 The category of "authors and writers" covers roles from novelists to journalists to copywriters. While this career path isn't likely to see much growth -- in fact, only 2 percent -- it is "totally safe" from robots. (What a relief!) 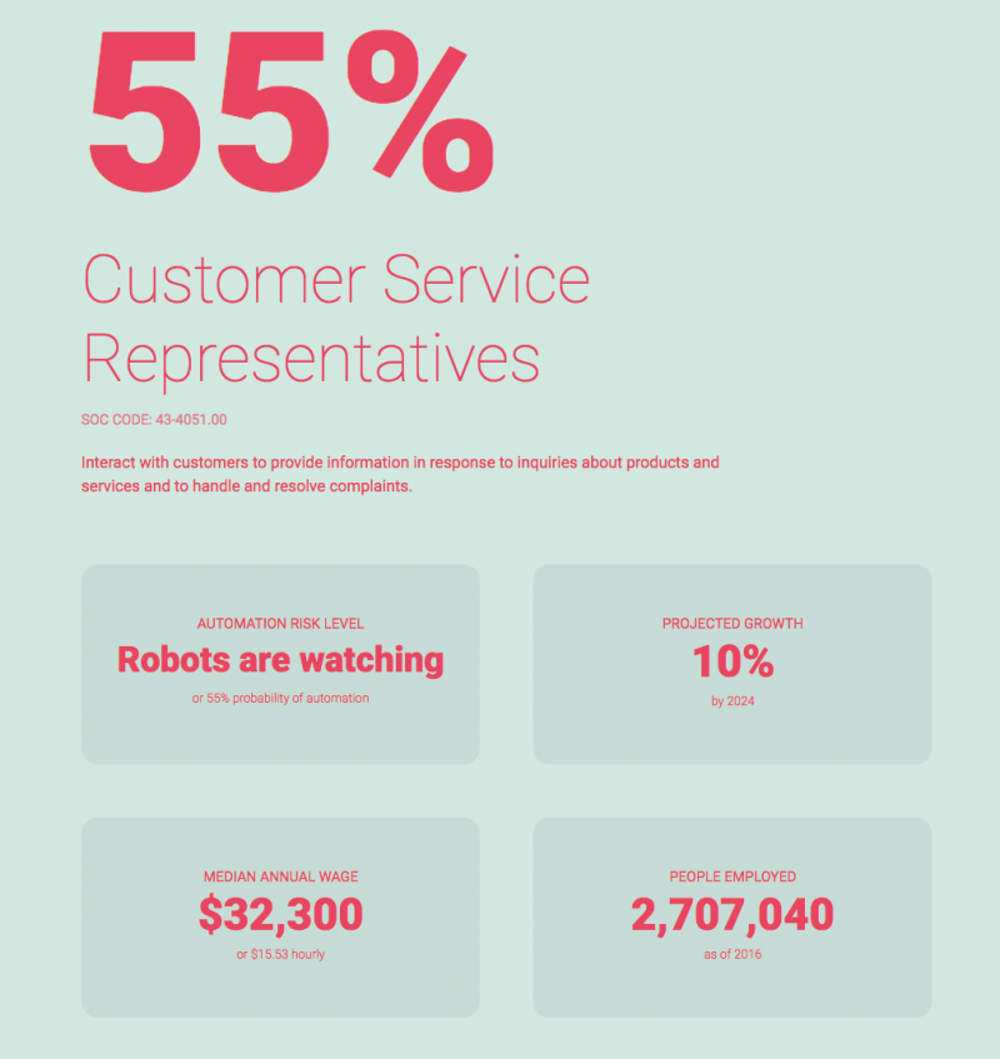 It's a close call, but customer service representatives have a 50-50 chance of losing their jobs to a robot. According to the site, "robots are watching" this career path, which employed more than 2.7 million people in 2016. 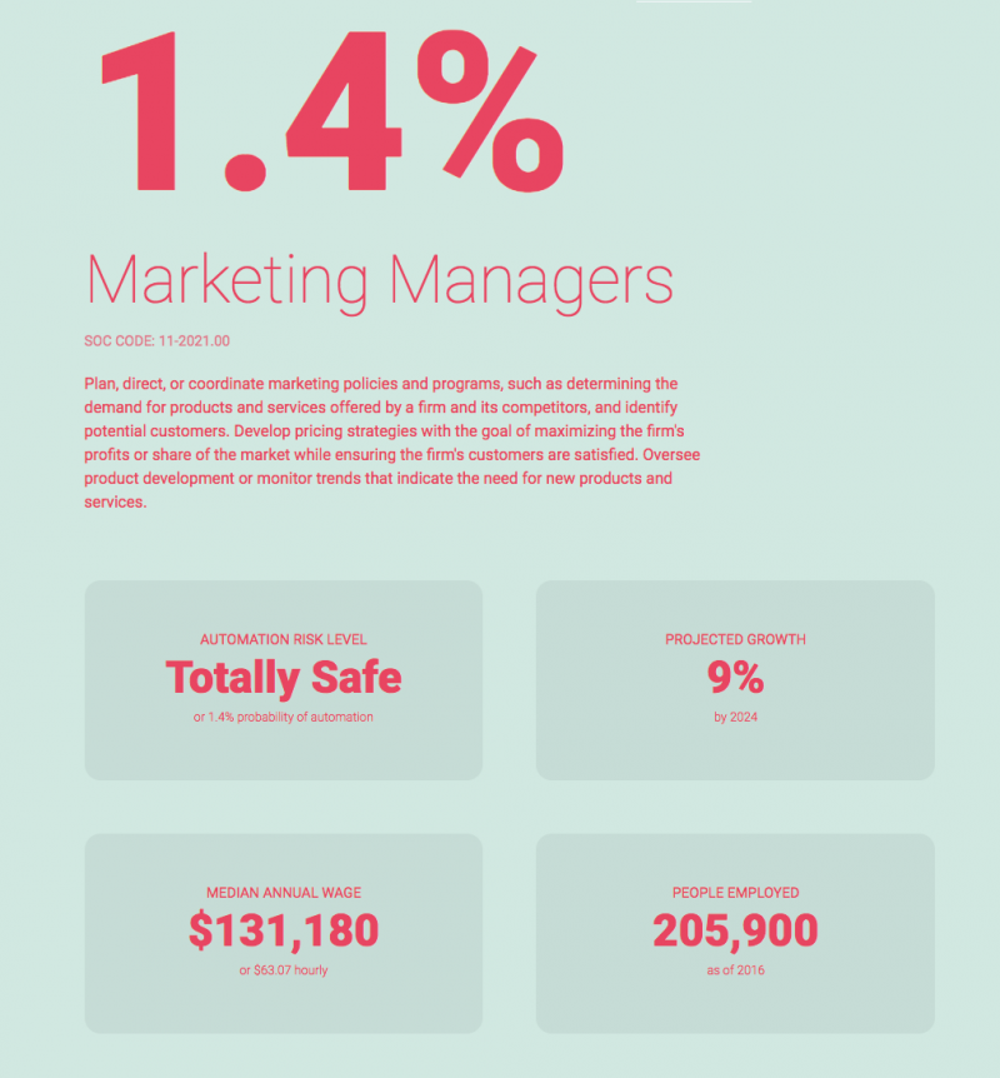 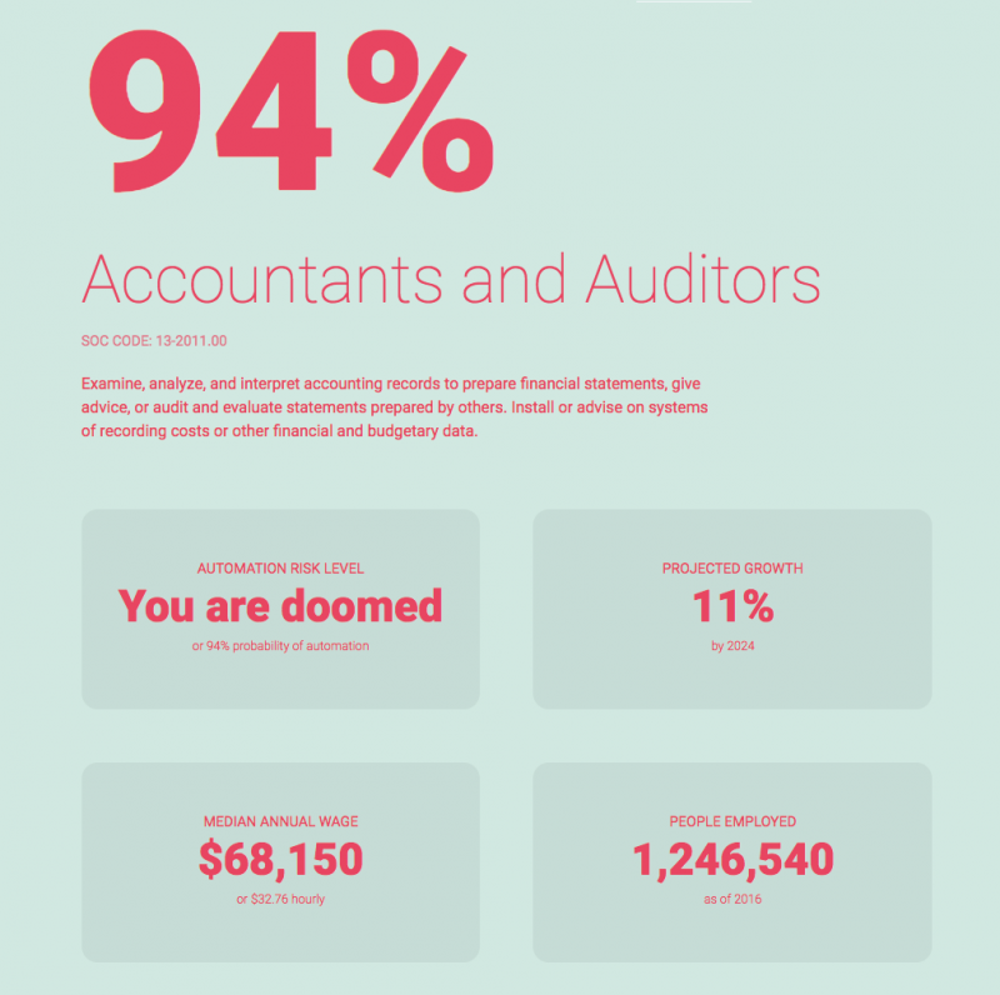 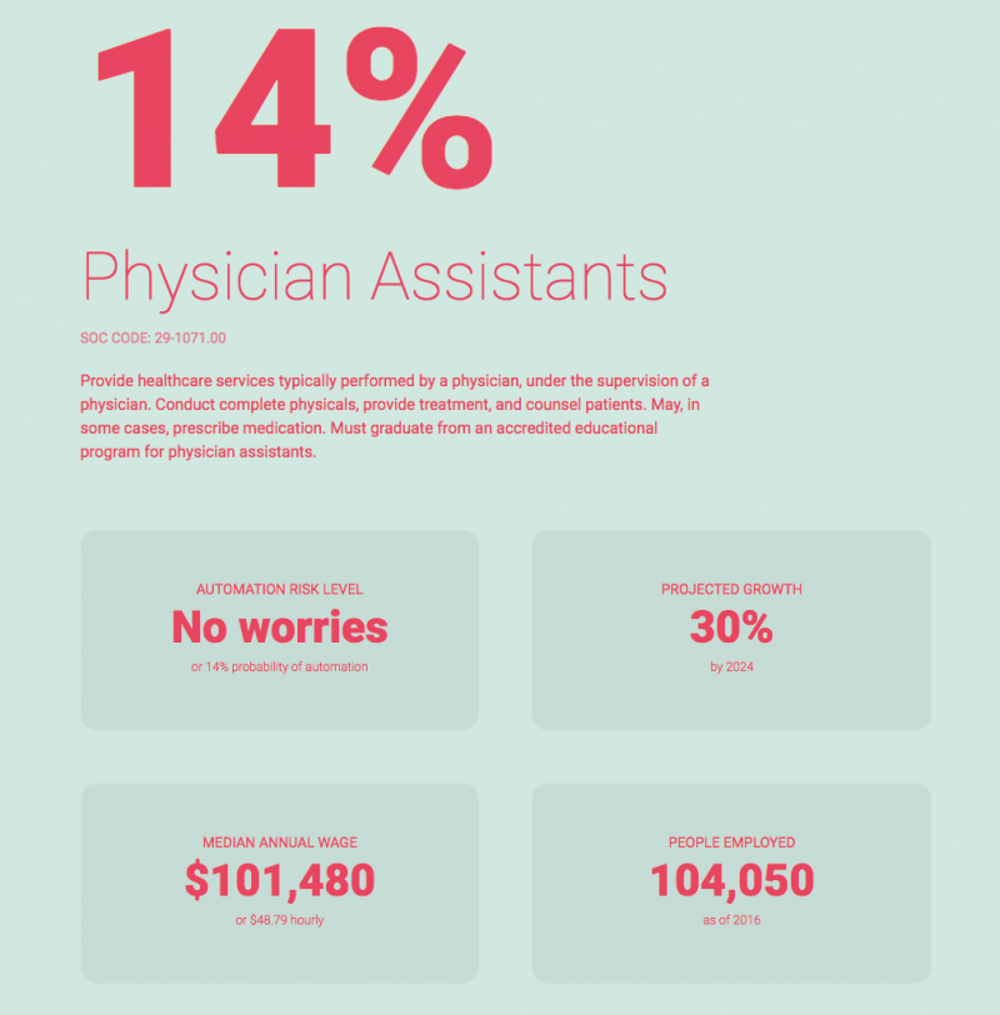 Careers in health care are not too susceptible to a robot takeover -- that's because they require a high level of education and patients need to work one on one with a care provider. Physician assistants should have "no worries," according to the site. 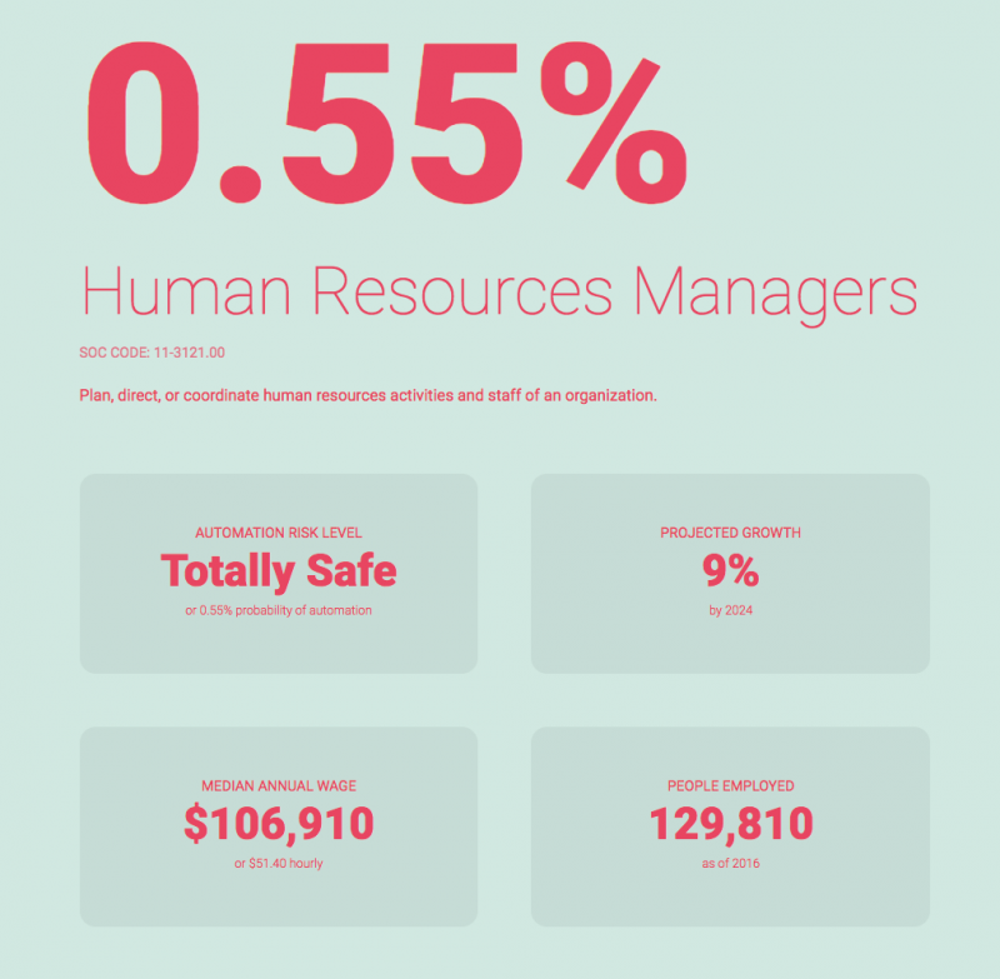 According to the site, HR managers are "totally safe" from robots. That's likely because companies don't want to depend solely on technology when it comes to hiring. 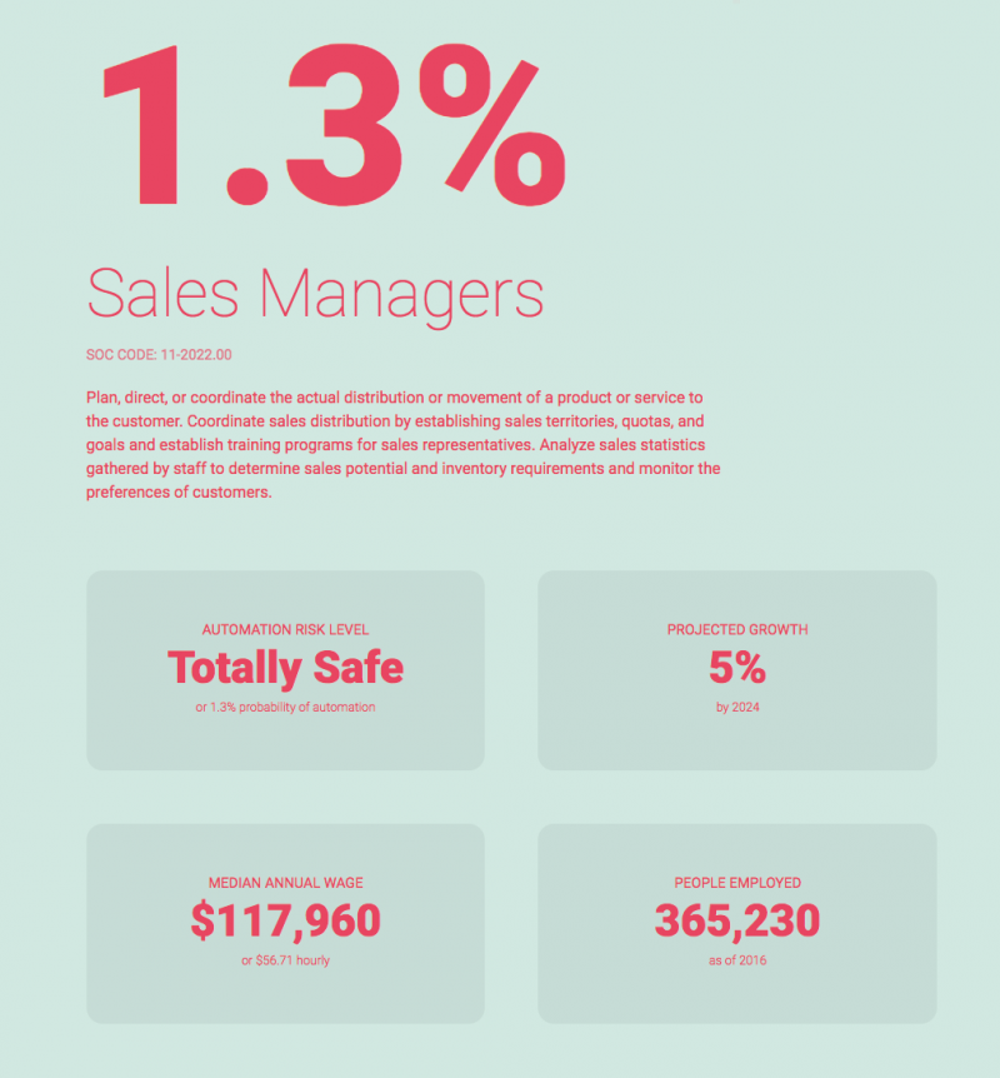 When it comes to sales, people need that human touch to push them to buy. Lucky for these sales managers, their careers are "totally safe" from a robot uprising. 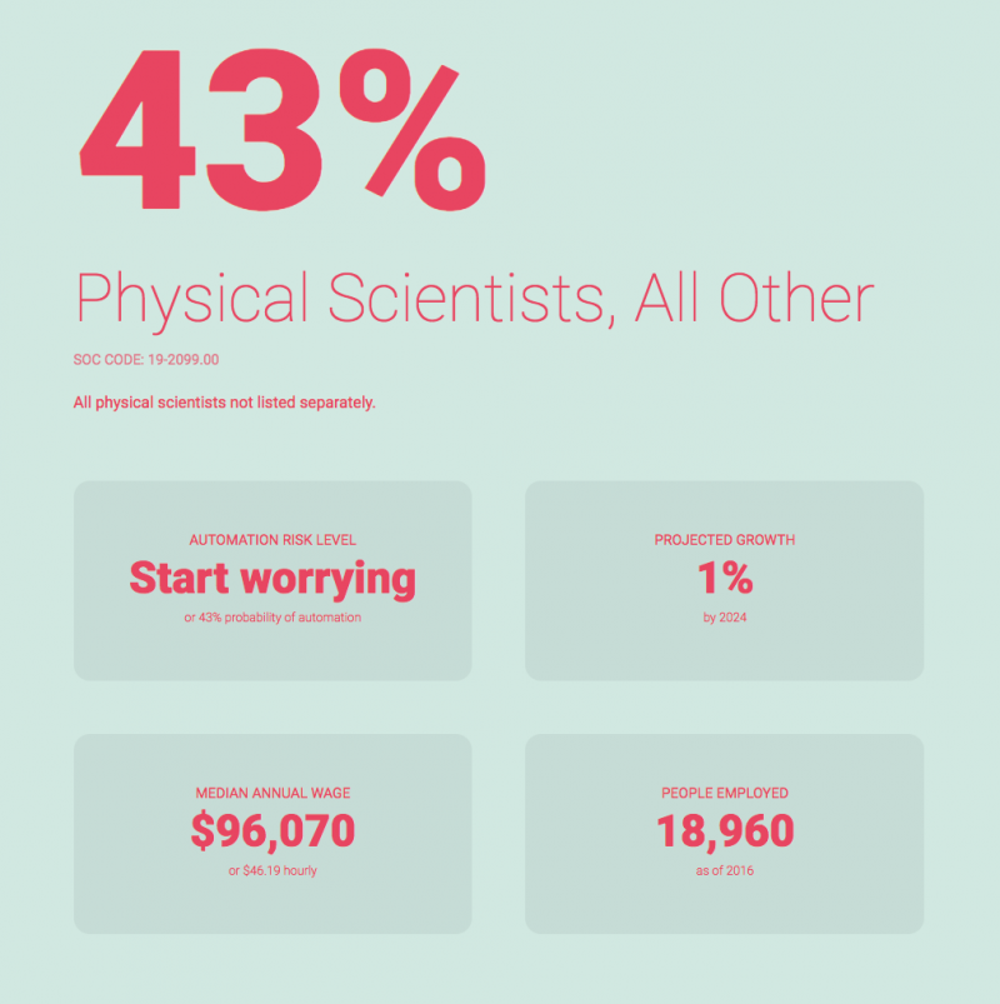 While this is a niche field, it turns out, scientists still need to be concerned about the security of their jobs. According the site, it might be time to "start worrying." 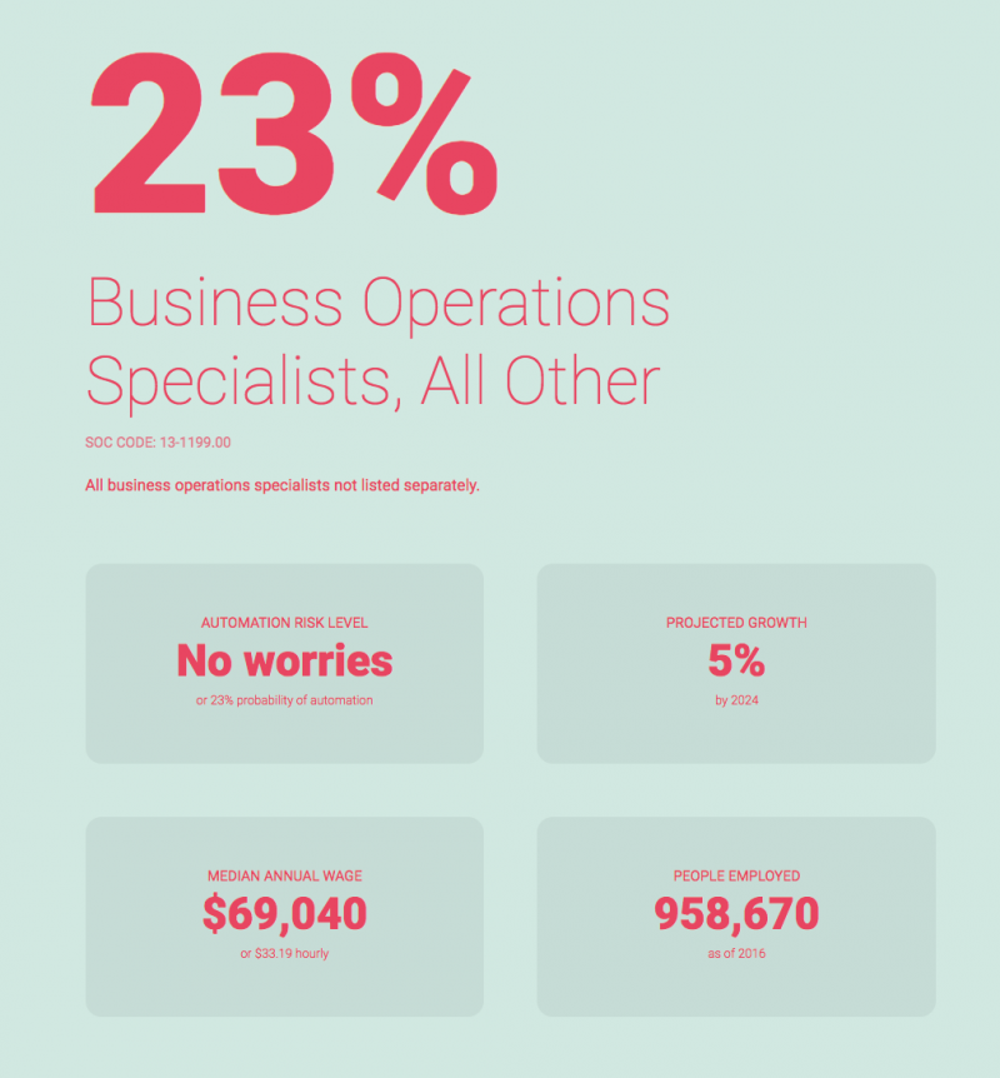 When it comes to robots in the workforce, business operations aren't totally safe from androids, but they are in the "no worries" category. This is good news for a career that more 950,000 held in 2016. 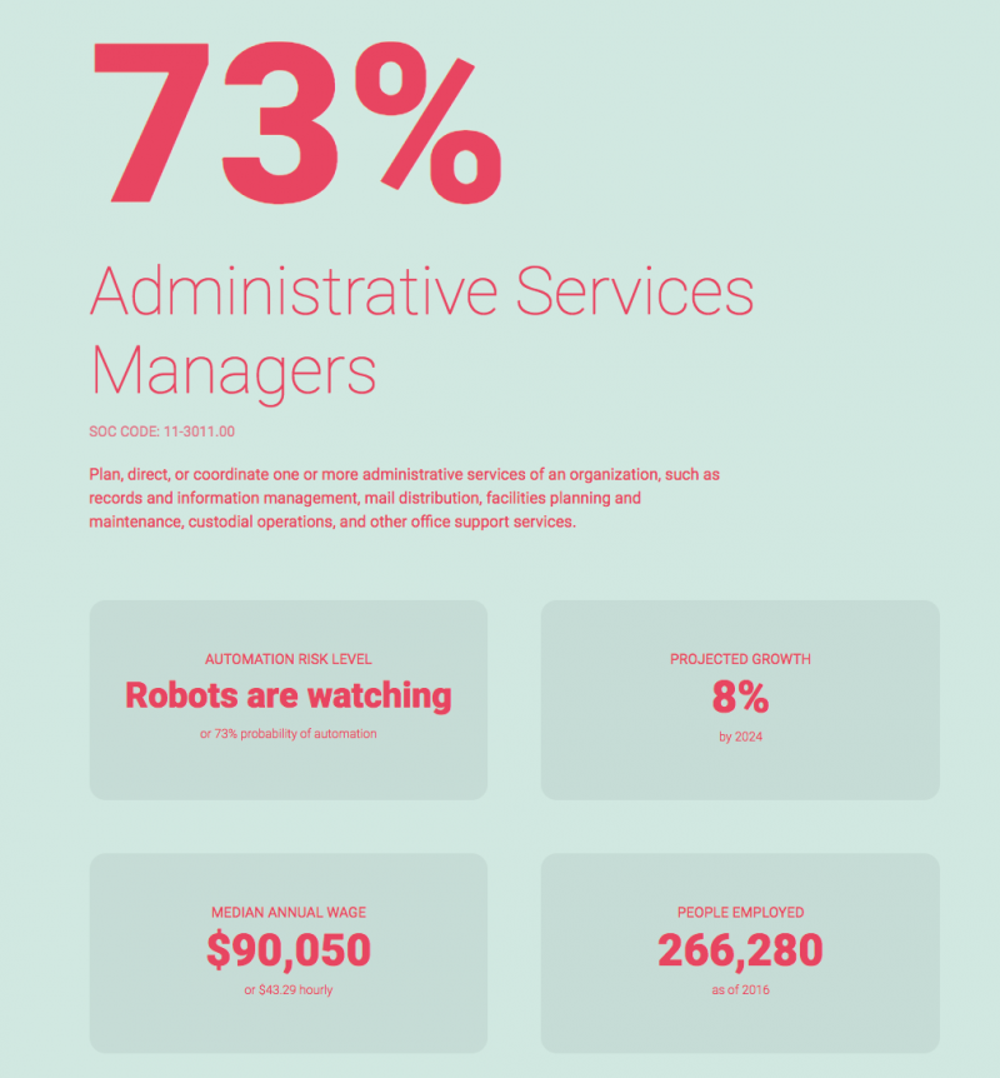 Watch out, administrative service managers -- "robots are watching." Turns out people think that robots might have the abilities to successfully keep an office running.