Franchise Your Business in 7 Steps

Carol Tice
Owner of Make a Living Writing
February 12, 2010 10 min read
Opinions expressed by Entrepreneur contributors are their own.

Franchising your business is a proven route to rapid growth. But becoming a franchisor is not an automatic ticket to success, especially in this challenging economy. In January, for instance, three established franchisors filed for bankruptcy protection: Taco Del Mar Franchising Corp., Uno Restaurant Holdings Corp., and Daphne's Greek Café.

Still, many business owners dream of seeing their brand become a household name, with a network of franchisees from coast to coast or around the globe. When the right concept is franchised effectively, it can be a great expansion strategy that doesn't require as much up-front capital as growing through company-owned units.

If you're considering franchising your business, know that the process of becoming a franchisor is usually long and involves considerable cost. Just because you qualify to sell franchises doesn't mean you will find buyers. Data from the International Franchise Association shows that of the 105 companies that started selling franchises in 2008, more than 40 had not reported the sale of their first unit by the end of 2009.

Becoming a successful new franchisor entails making many thoughtful decisions early on that will affect your business for years to come. There's also a lot of legal paperwork to wade through to make sure your business complies with federal and state laws that regulate the franchise industry.

Here's our guide to the important steps you'll need to take along the road to becoming a new franchisor.

Step One: Step One: Evaluate if Your Business is Ready 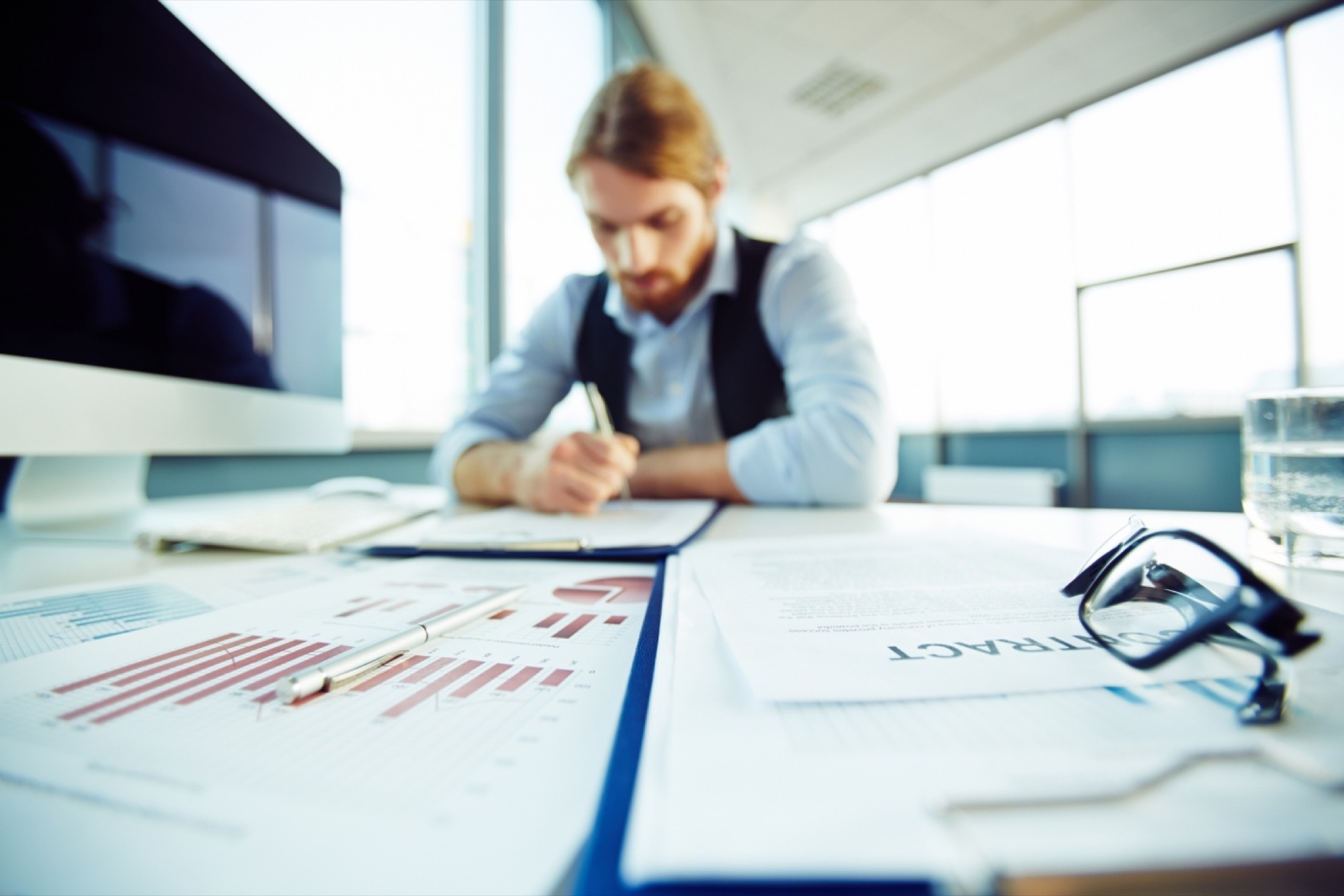 The first question to ask is whether your business is suited to being franchised. Beyond having a track record of sales and profitability at the existing business, there's several factors to weigh here, says Mark Siebert, CEO of the national franchise-consulting firm iFranchise Group.

Most good franchise concepts, he says, offer something familiar, but with some unique twist to it. A good example is Florida-based Pizza Fusion which offers a familiar product--pizza--but with all-organic ingredients, delivered in hybrid-electric cars.

The concept has to appeal both to end consumers and to prospective franchisees. There should be an expectation that more units will create economies of scale and increase profits. Additionally, the business needs to be something you can systematize and replicate, not something that needs your personal touch to be successful.

"Ask youself, is the concept salable?" he says. "Can you clone it? Does it provide good returns?

Most successful franchises take a business that's already profitable and try to replicate that success in other locales. Cleveland-based franchise consultant Joel Libava says he likes to see companies with at least a couple of profitable units beyond the first one already in operation before a company tries franchising.

"Is it just one great restaurant and mama's wonderful pizza sauce?" Libava asks. "Or did you keep growing?"

Don't rely on your gut feeling that your business would be a smash hit across the country. Gather market research to confirm there is widespread consumer demand beyond your home city for what your franchise business would offer, and room in the marketplace for a new competitor.

Becoming a franchisor means you'll be engaged in entirely different activities than you were as a business owner. You'll primarily be selling franchises and supporting franchisees now, instead of selling pizza or fixing toilets.

"Ask yourself if you're comfortable having a role as a teacher and salesperson, selling and supporting franchisees," Siebert says, "as opposed to going out there and doing it yourself."

In addition, franchising your business will require that you relinquish some of the control you've had over how your concept is executed.

"Franchisees won't do it exactly the way you would, even if they do it well," says IFA president Matthew Shay. "If you are so married to your concept that you won't let anyone else touch it, then franchising may not be right for you."

Before you plunge into franchising, you may want to consider other options, Siebert says. Depending on your situation slower growth, finding debt financing or taking on partners are all alternatives that may prove better ways to move forward.

It also can cost $100,000 or more, so ask yourself if your company has the financial resources. Remember that while franchising allows you to grow fast, it also means giving up most of the franchise units' future profits, Shay says. 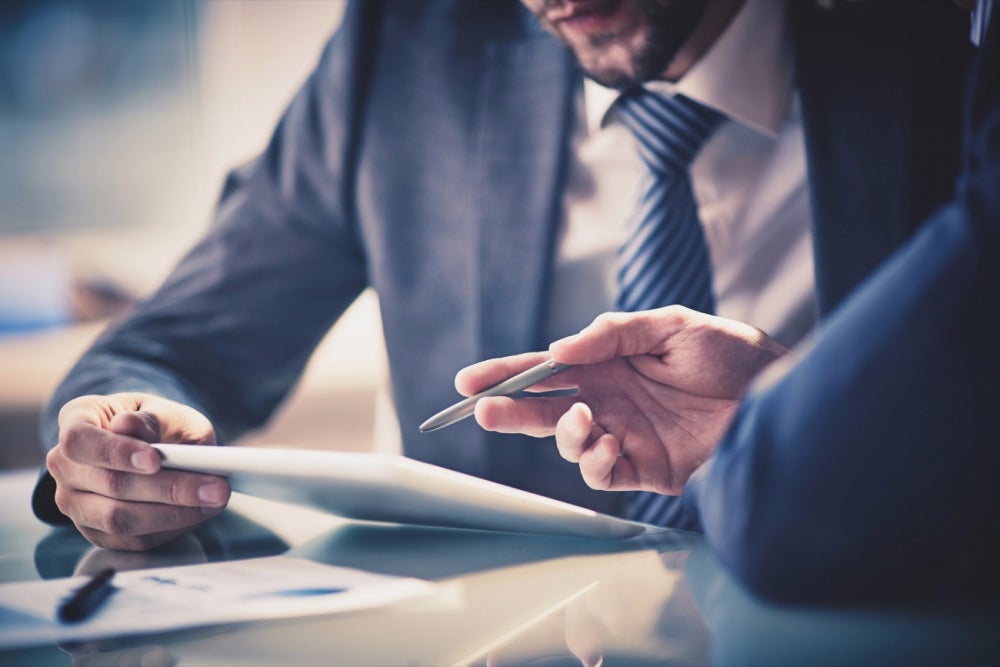 In order to legally sell franchises anywhere in the United States, your business must complete and successfully register a Franchise Disclosure Document with the Federal Trade Commission . In the FDD, you'll be asked to provide a wide range of information about your business, including audited financial statements, an operating manual for franchisees, and descriptions of the management team's business experience.

Beyond the federal FDD requirements, some states have their own rules for selling franchises within their borders. California and Illinois are generally regarded as having the most daunting registration process, says Libava. If you want to sell in one of these states, you'll need to meet their requirements as well, at additional cost.

Franchisor Cindy Deuser, 51, co-founder of five-year-old franchisor Lillians Shoppes, says the rule binder her home state of Minnesota provided was two inches thick. It took the bargain-fashion-accessory company a full year and cost more than $100,000 to qualify in 45 of the 50 states, she reports.

"It took longer than we thought, and was very intense in terms of all the things you have to cover," she says.

To advise and assist in this process, consultant Libava recommends hiring an experienced franchise consultant or franchise attorney. Often, a new company will be set up to act as the franchisor. Find an expert who can make sure you're doing every required step correctly. 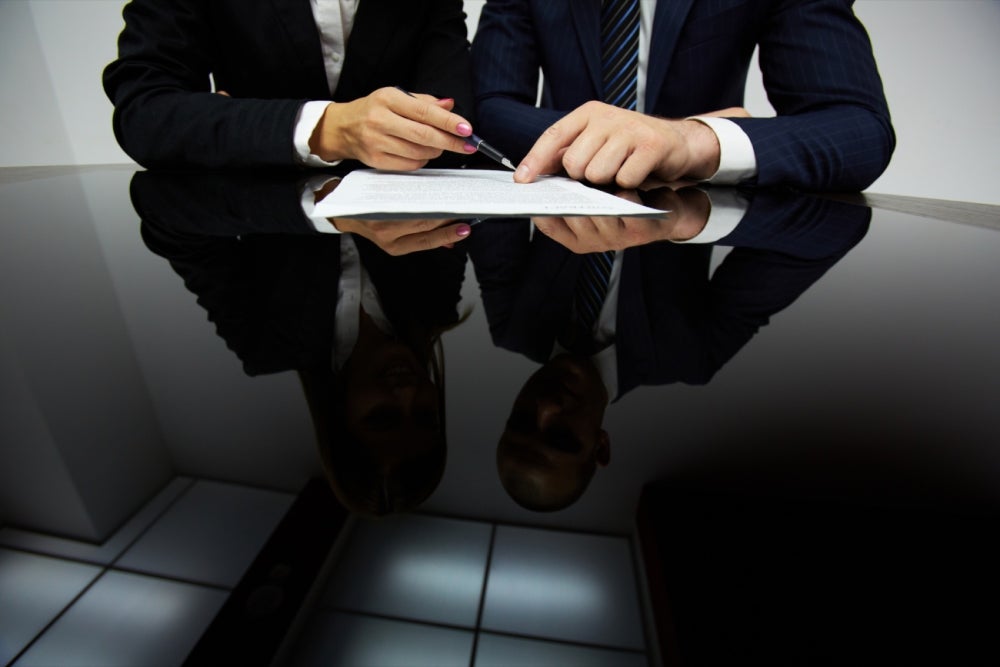 As you prepare your legal paperwork, you'll need to make many decisions about how you'll operate as a franchisor. Key points include:

New franchisors don't realize how much each of these decisions can affect their future profitability, says Siebert.

"If you're thinking either 5 percent or 6 percent royalty, for instance, the difference doesn't sound big," he notes. "But five years later, when you have 100 franchises sold, and they each make $700,000 a year, that's a $7 million annual mistake. And you've signed a 10-year contract."

Lillians' Deuser says she and her sister/partner Sue Olmscheid, 45, ran many business-model scenarios with their franchise attorney before settling on their $25,000 franchise fee, 7-1/2 percent royalty and 10-year contract term. They seem to have hit a winning formula--Lillians has grown to 32 shops in its first two years as a franchisor with its unique concept, in which stores are only open a few days a month.

Be careful to note whether geographic variables such as weather or local laws may affect franchisees' success. Territory size is important too, as too-large territories may have to be bought back later at a premium so they can be split up, notes IFA's Shay.

Inadequate training can leave your franchisees ill-equipped to implement your system successfully. Solar Universe spent nearly $1 million preparing to franchise, Bono says, including $150,000 to create a state-of-the-art training center for franchisees complete with indoor roofs where they can practice installations.

Step Four: Create Needed Paperwork and Register as a Franchisor 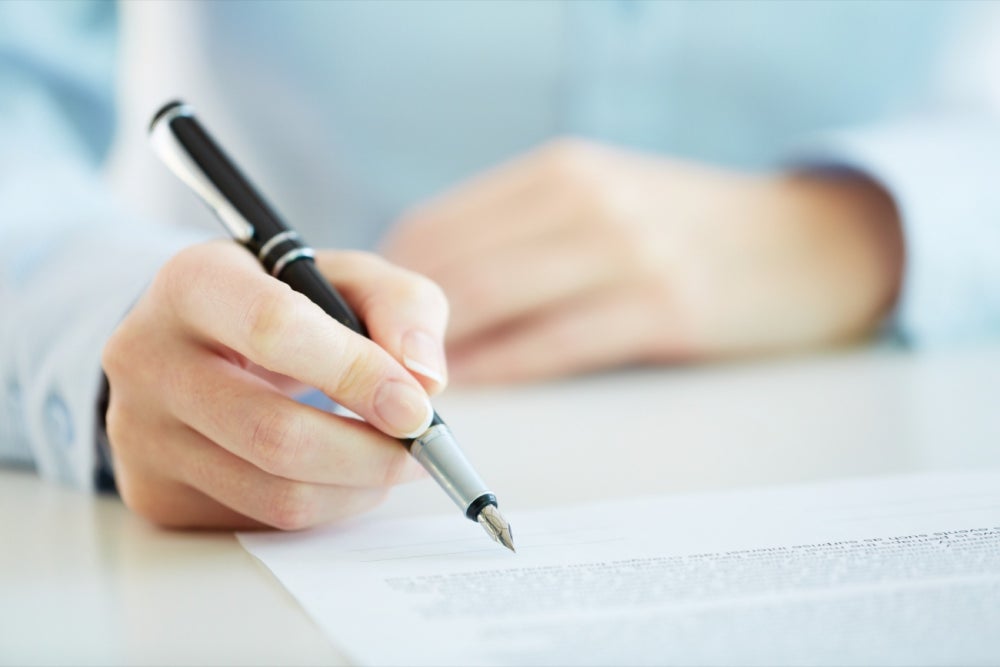 Once you've made the important decisions that shape how your franchise will operate, you're ready to complete your legal paperwork. When you submit it, be prepared for authorities to critique the document and possibly demand additional disclosures before they approve your application.

While the FTC essentially just files your FDD away, you'll need to wait state approval. Bono reports Solar Universe waited several months to receive comments back from the state of California on its filing, and it took four months in all to get approved there. 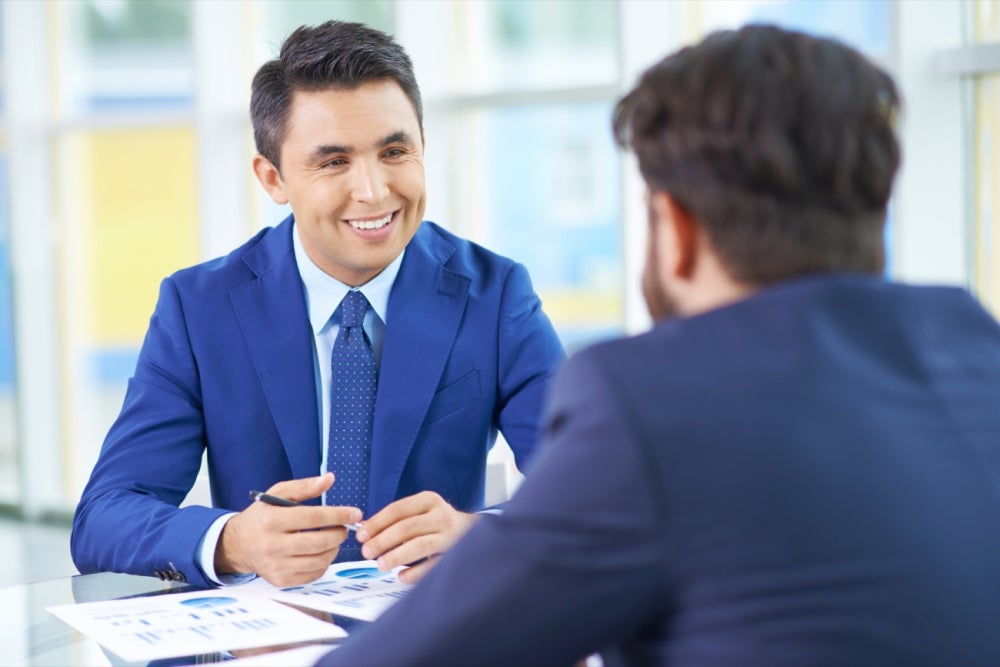 As you prepare to become a franchisor, you'll usually need to add several staff members who will focus solely on helping franchisees. In the case of Solar Universe, the company sells its franchisees the solar panels they use, so founder Bono says he needed a full-time hire to staff the order desk. The company also hired a trainer and a full-time "franchise advocate" to answer franchisee questions and resolve any problems.

For its part, Lillians Shoppes hired a trainer, a creative director, a marketing assistant and a franchise-process manager who helped get franchisees using company software and systems, says CEO Deuser. Lillians now has a full-time staff of seven. The founding sisters still do all the buying for the growing chain, but Deuser says growth means they are already looking into hiring a second trainer. 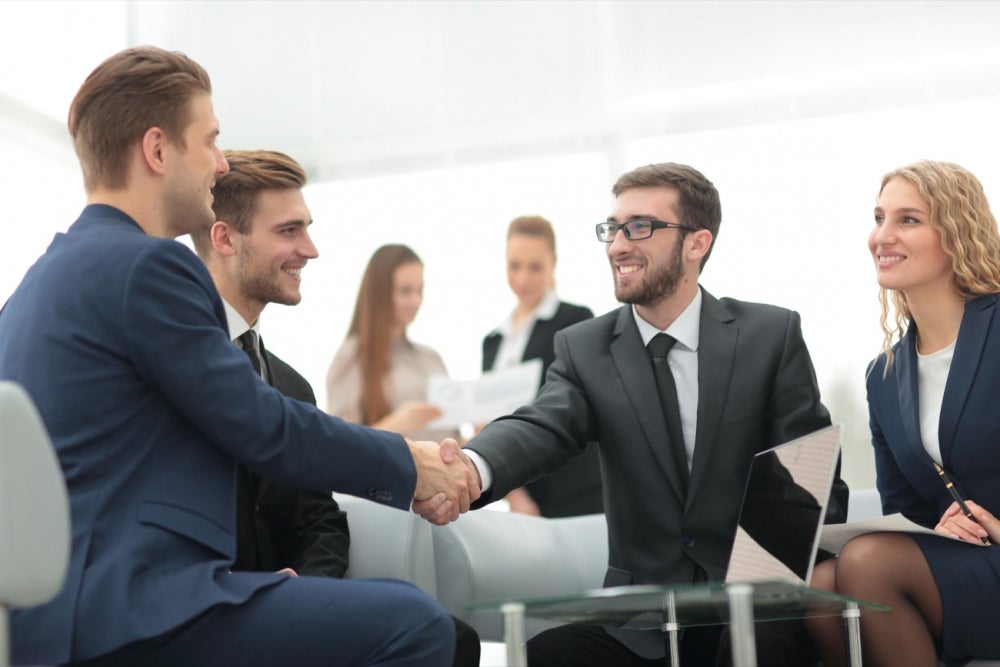 Now that you're in business as a franchisor, one of your most pressing activities will be to find franchisees and convince them to buy your concept. Lillians is unusual in that the company has sold all its franchises by word of mouth and doesn't have a sales representative. To help stimulate interest, the company offers a $1,000 referral fee to anyone who sends the company a new franchisee.

At Solar Universe, Bono says they've hired two in-house salespeople to handle franchise marketing. The company has also entered into a partnership with the national franchise-consulting chain FranNet, whose consultants may present the company to their prospects. Other common sales techniques include attending franchise fairs or hiring independent franchise marketing firms to help locate investors.

Selling franchises is difficult because of the high risk involved for franchisees, notes Siebert. Your salespeople should know your business well and be able to tell a compelling story about why you're a worth the investment of their time and money.

Siebert boils down the issue this way: "You're saying, 'I want you to give me all your money. Then, quit your job, give up your security and benefits, and go into a business you've never been in before. And follow my rules.' You'll need to establish a pretty high level of trust." 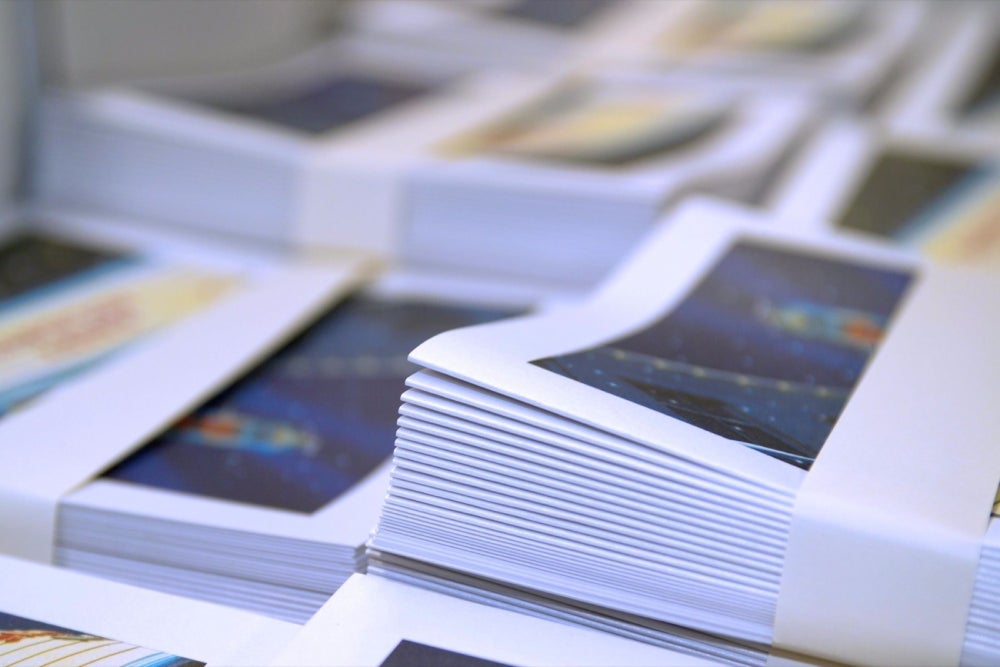 As a franchisor, you'll have gone through a lot to reach this point. But here - at the point where you begin supporting your franchisee network - is where a chain ultimately succeeds or fails. Your training programs and other support efforts will create quality control, notes Siebert, making sure the brand provides a uniform experience no matter which unit customers visit. With the Internet, this has increasingly come to mean providing ongoing online learning modules for franchisees to use.

"If you're a restaurant operator and employ 20 people in a unit," he notes, "you have thousands of new employees going through the system every year. Without ongoing training, it's pretty easy to institutionalize wrong behaviors."

At the same time, you'll need to start marketing the growing chain to drive sales to franchisees. Many new franchisors underestimate how much this marketing and support effort will cost, says consultant Libava. Marketing encompasses everything from radio or print ads to uniforms, logos, fliers, and logo art on company vans.

"Trust that you're going to need a lot of money for marketing," he says.