17 Business Books Everyone Will Be Reading in 2018

The memoirs, career guides and analyses to get most excited about.
Next Article


As the year draws to a close and we catch up with the best business books of 2017, we're also looking toward what's coming up in 2018.

We've looked through titles that have already been announced for the new year and have highlighted the memoirs, career guides and analyses we're most excited about.

Your Best Year Ever by Michael Hyatt (Jan. 2) 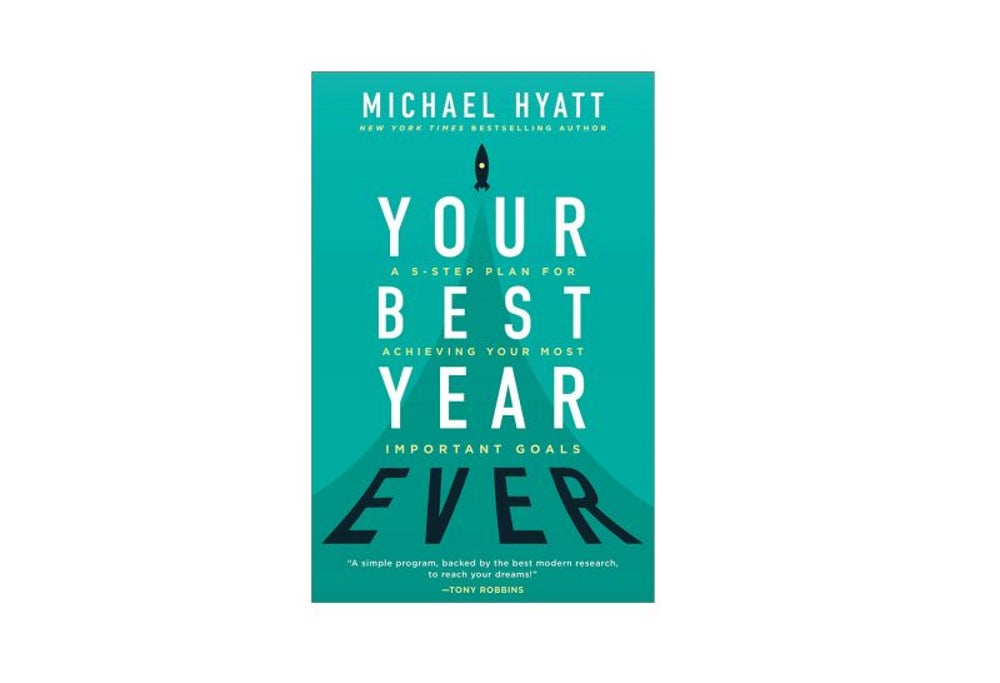 Hyatt has led a varied career. After years as a CEO and an entrepreneur, he published bestsellers like Living Forward and Platform; he also hosts a podcast called "This is Your Life" and created a productivity system called "Free to Focus."

Your Best Year Ever is all about goal setting and achieving, at home and at work. It's an outgrowth of Hyatt's course "5 Days to Your Best Year Ever." The idea is to stop getting stuck in the day-to-day and accomplish what really matters to you. 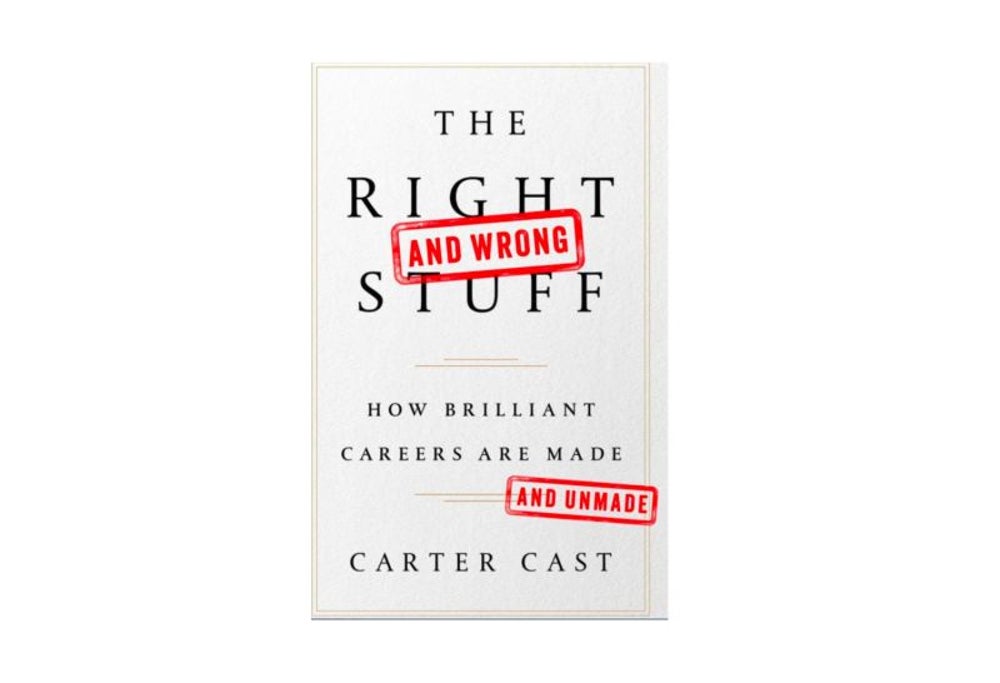 Northwestern's Kellogg School of Management professor Carter Cast has spent years researching career development, and what factors lead some employees to rise to the top while equally talented employees "derail."

Cast has settled on five career archetypes that cut across gender, industry, and experience level and he's highlighted the strengths and weaknesses of each. Use his guide to determine what you most closely align with, and how to use that to your advantage. 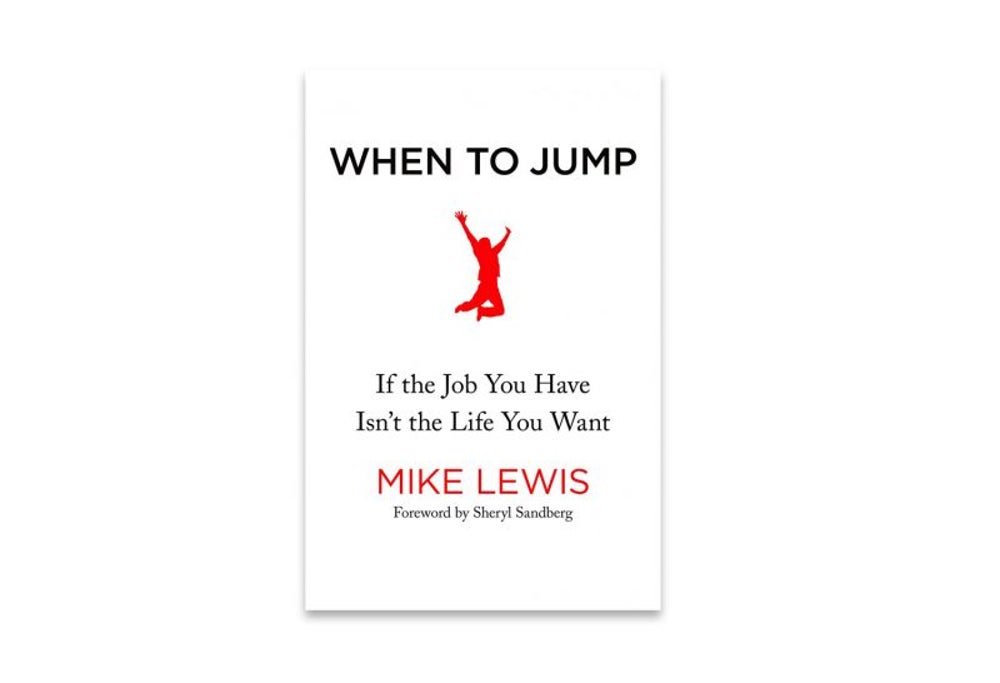 After college, Mike Lewis took a job at Bain because it seemed like the thing to do. But while the job was prized, his heart wasn't in his work and he decided to go against everything he was conditioned to believe and left to pursue his real passion, the game of squash.

Lewis lived out his dream of being a pro squash player and then decided he would like to inspire others to stop pursuing careers that make them miserable. Featuring a foreword by Facebook COO Sheryl Sandberg, When to Jump is a guide for assessing what you need to get from your work in order to be fulfilled. 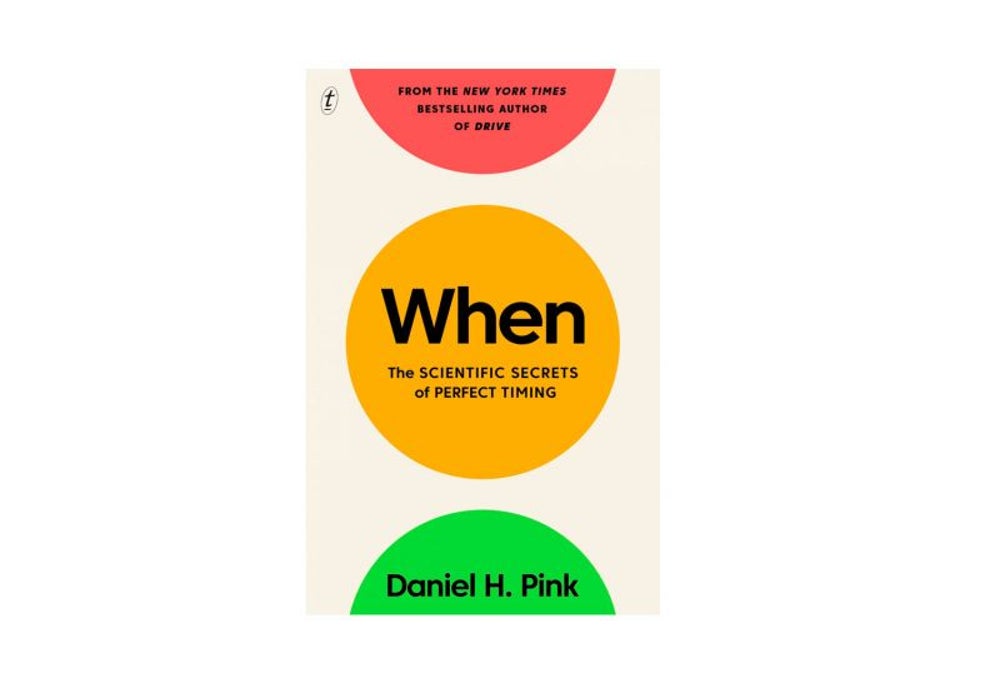 Daniel Pink is a household name in households that like books about self-improvement and professional success. His previous works include the bestsellers Drive and To Sell is Human.

In When, Pink tackles the subject of time and how it affects all facets of our lives. For example: What should be your ideal daily routine? What's the best time to quit your job? And when should you get married? It's all in there, backed by extensive research and told through compelling stories. 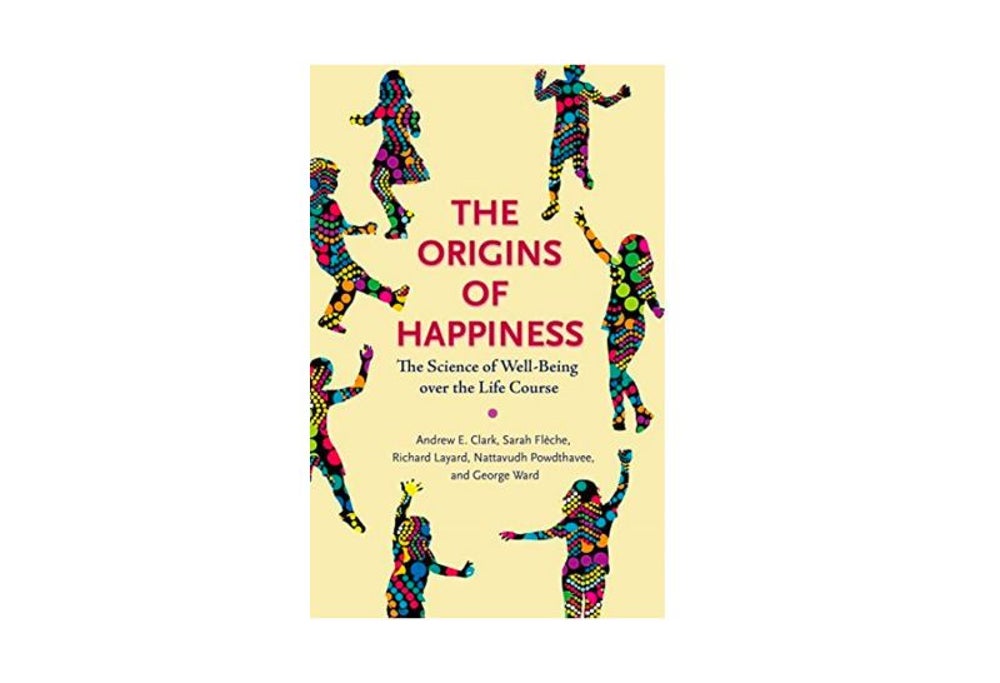 The authors behind The Origins of Happiness are a dream team of social scientists, all members of the Wellbeing Programme at the London School of Economics' Centre for Economic Performance.

Their book explores what really affects well-being, drawn from research on over 100,000 people in different countries. The book also raises questions about potential changes to public policy, with human well-being as the No. 1 priority. 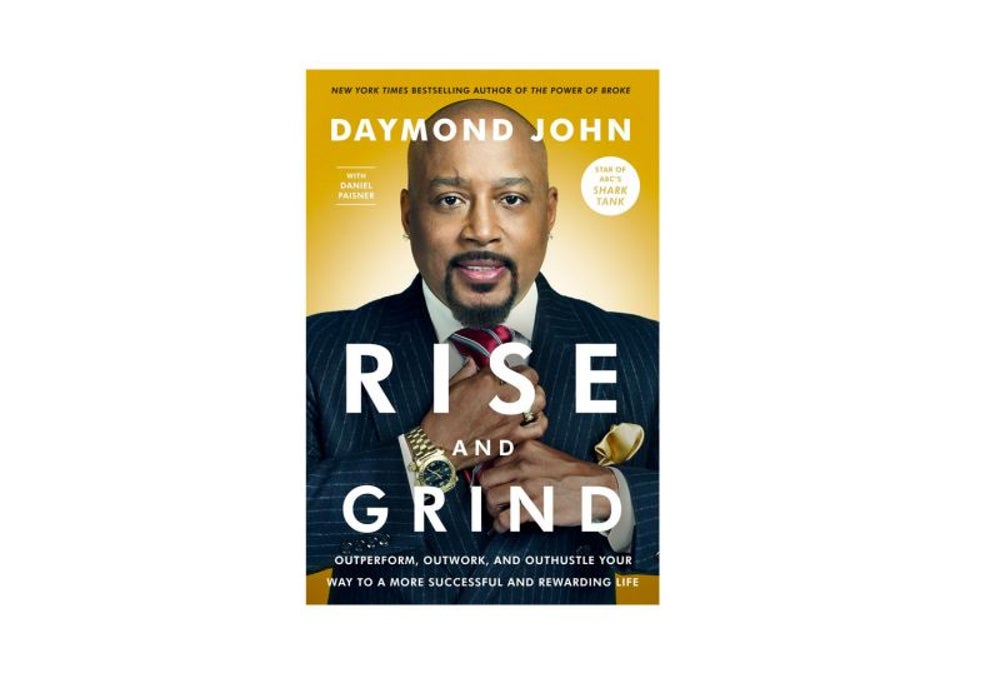 Over the past nine seasons of Shark Tank, Daymond John has established himself as a mentor to a portfolio of young entrepreneurs.

Rise and Grind is John's followup to 2016's Power of Broke, in which he detailed what it takes to start a business from virtually nothing -- as he did when he started FUBU out of his mom's apartment back in the 1990s -- and grow it to a mature company.

Now he's drawing from his own career and those of fellow entrepreneurs to compile the rituals, habits and best practices for sustained success, whether you're leading your own company or not. 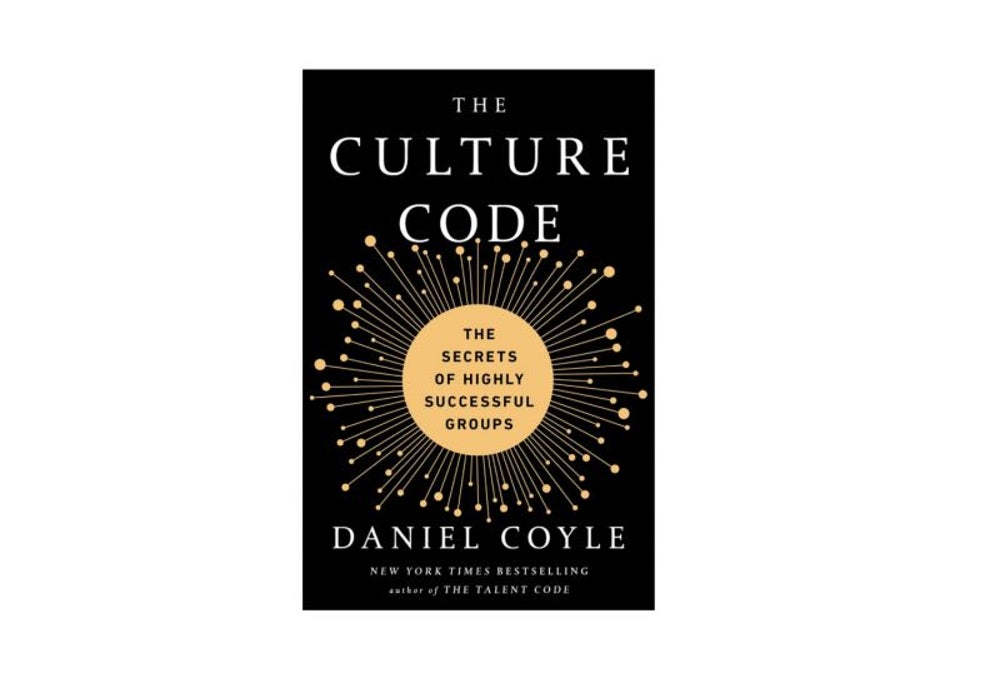 Coyle is the author of the 2009 bestseller The Talent Code, in which he taught readers how to capitalize on their own talent.

In The Culture Code, Coyle, who currently works with the Cleveland Indians on performance culture and player development, turns his attention to successful groups. Coyle studied teams from Pixar to the U.S. Navy SEAL Team Six, and concluded that group performance boils down to safety, shared risk and purpose.

Laszlo Bock, the former senior vice president of people operations at Google, has already called the book a "must-read." 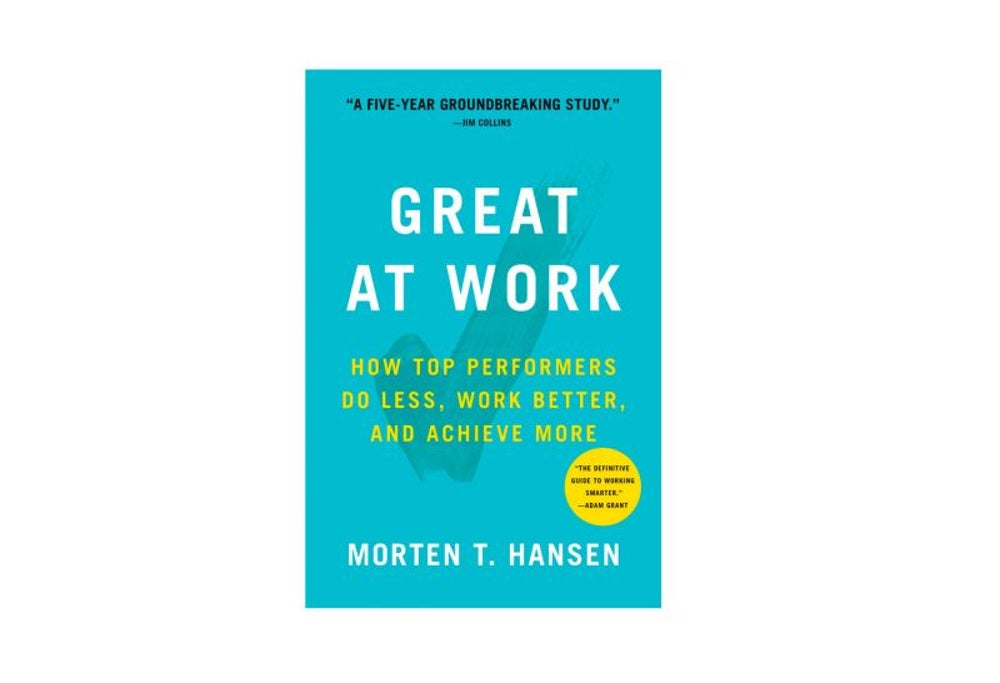 Hansen, a professor of management at University of California, Berkeley, is also the author of the 2011 bestseller Great by Choice and one of the top 50 most influential management thinkers in the world.

In Great at Work, he illustrates what it means to work smarter, not harder, by describing the results of a study he conducted with more than 5,000 managers and employees. He distills those results into seven "work smarter" principles that can help any reader improve their job performance -- and their overall quality of life.

Crushing It by Gary Vaynerchuk (Jan. 30) 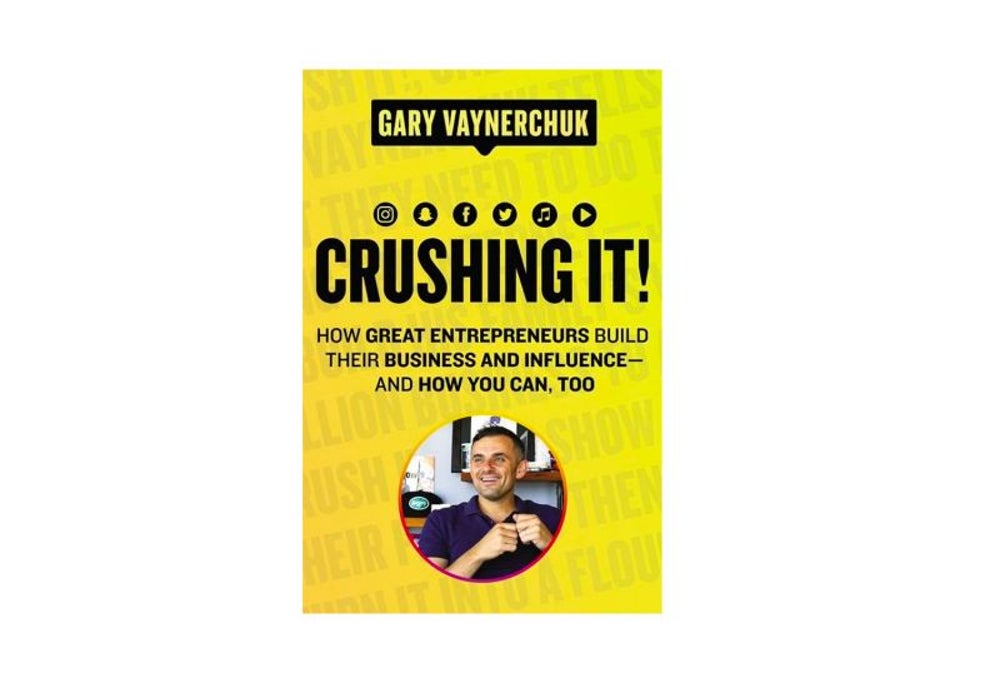 Gary Vaynerchuk is not only the founding CEO of ad agency VaynerMedia -- he's one of the world's most popular personalities in the entrepreneurial and career insight spheres.

Drawing from his agency's work as well as his interviews from his podcast, Crushing It! is Gary V's latest collection of knowledge through the lens of his limitless energy and outspoken style. 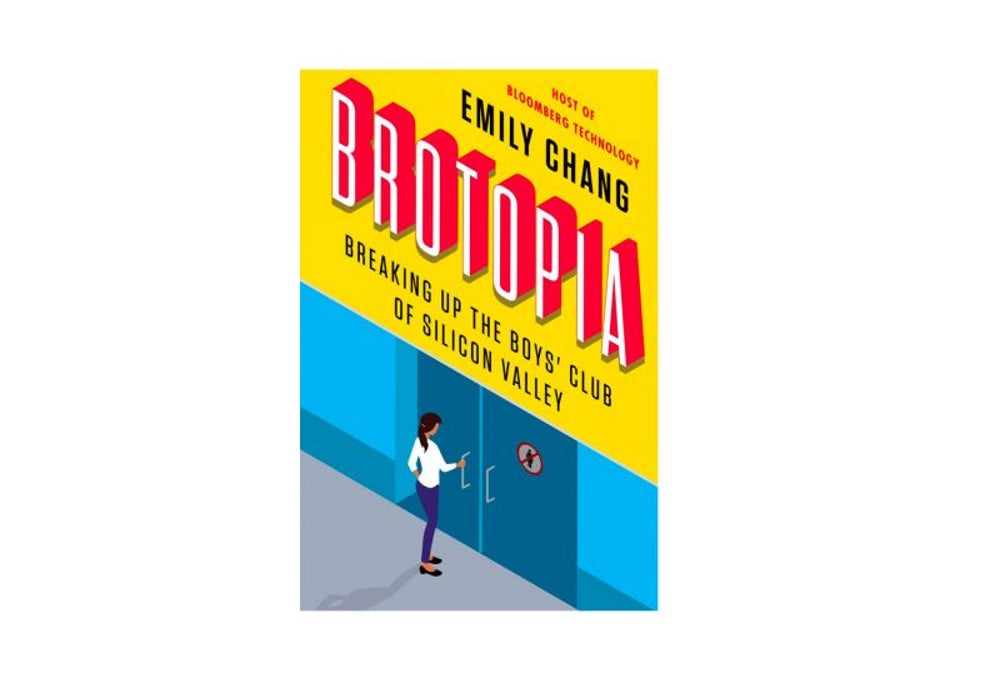 Bloomberg Technology host and executive producer Emily Chang has conducted multiple interviews with the most powerful people in tech, and in Brotopia, she's taking a look at how the promise and glories of Silicon Valley can be real -- but only for men.

Chang drew from interviews with tech's foremost women, including Facebook's COO Sheryl Sandberg, YouTube CEO Susan Wojcicki and former Yahoo CEO Marissa Mayer, to illustrate how women risked their careers to pave the way for others, and sheds light on how the Valley has a long way to go in terms of treating women as equals. 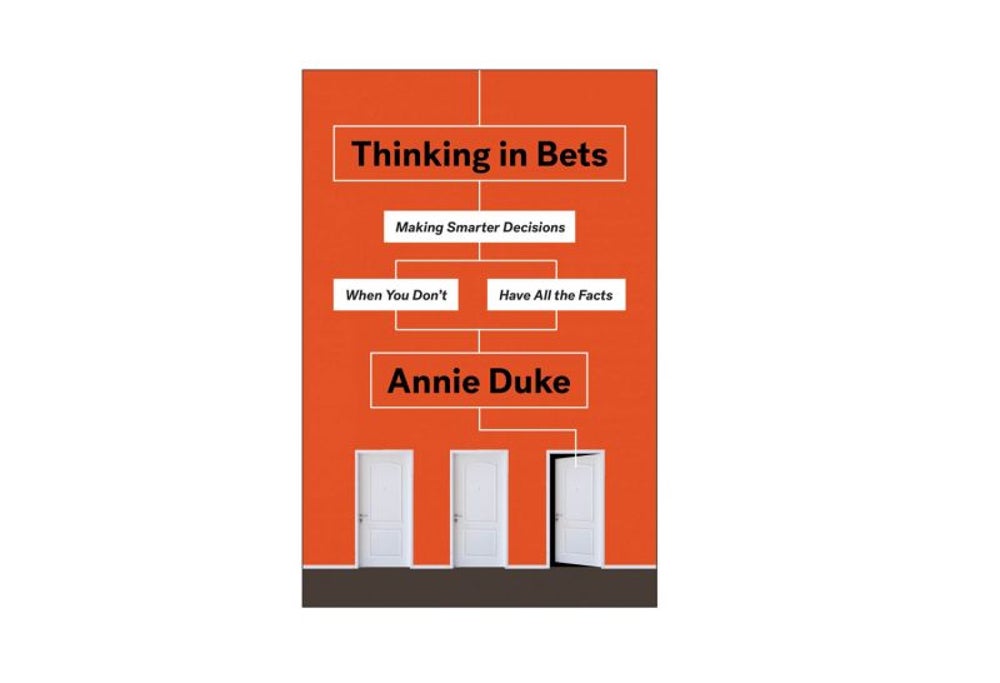 Annie Duke is a World Series of Poker winner who became a poker celebrity when televised games took off in the early 2000s.

She currently serves on the board of several philanthropic organizations, and while she spends most of her time on issues like school reform these days, her latest book draws from her years playing elite poker.

Thinking in Bets is a practical guide to risk assessment and emotional control.

The Kings of Big Spring by Bryan Mealer (Feb. 6) 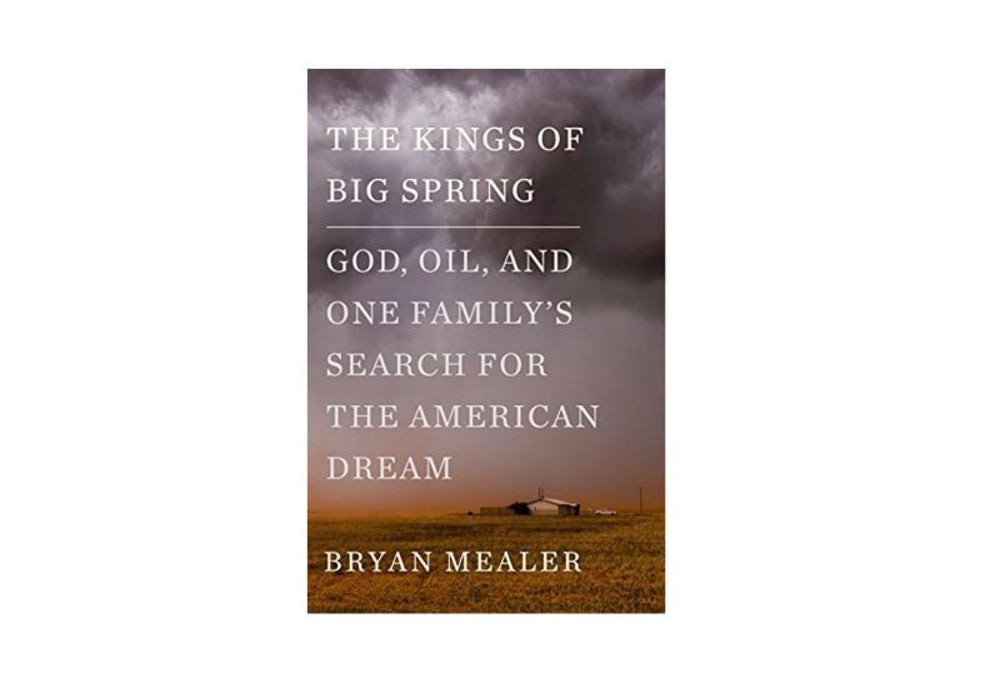 Spanning from the 1890s to the 1980s, and across the United States, this narrative follows four generations of the Mealer family on their quest to achieve the American dream.

Mealer is a journalist and the co-author of the 2009 bestseller The Boy Who Harnessed the Wind. In his latest book, he takes the reader on a journey through poverty and riches, religion and faith, bringing to life stories that might otherwise have been forgotten. 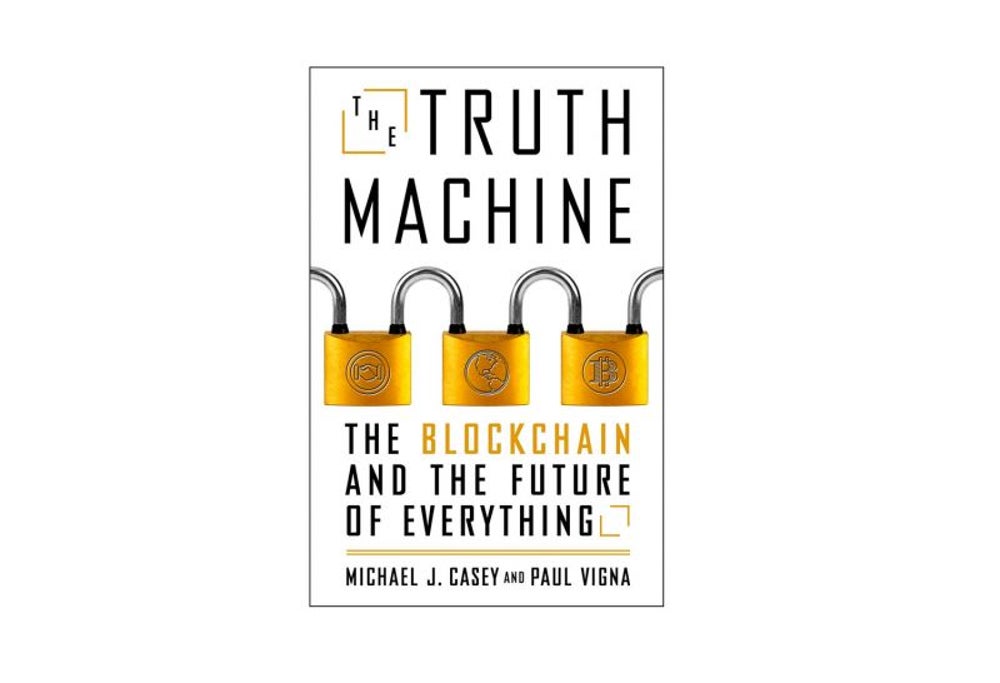 Two years after publishing The Age of Cryptocurrency, this duo -- a current and former reporter at The Wall Street Journal -- is out with a book exploring the blockchain and its potential for disruption.

It's Amazon's No. 1 new release in financial engineering, and promises to be an in-depth, fair and engaging account of a massive technological shift that affects everyone. 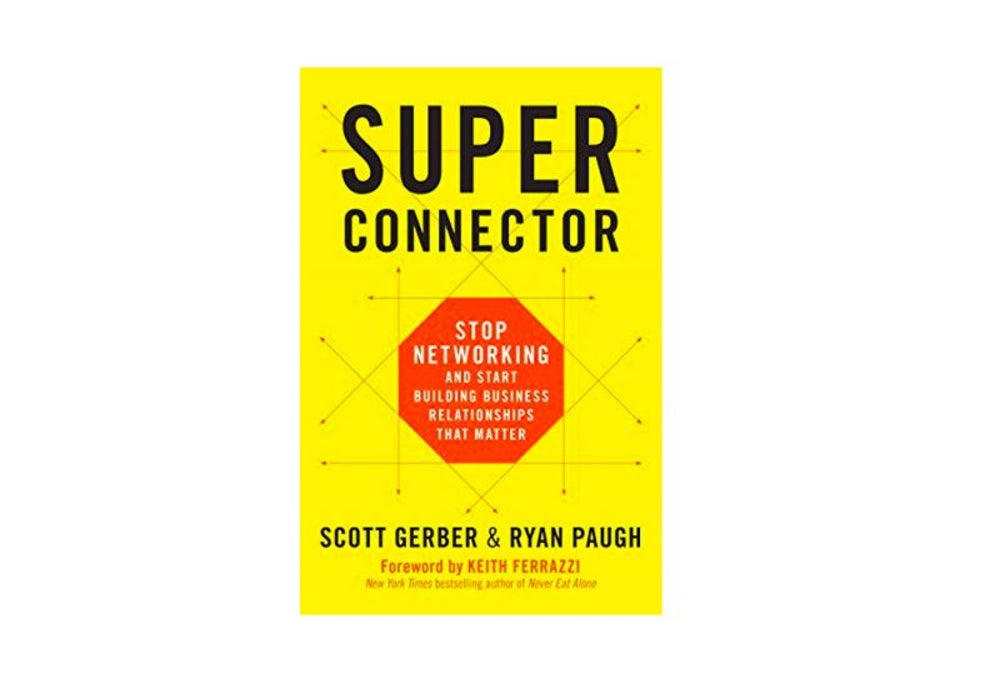 The authors behind this book are the real deal," says Shark Tank investor and real-estate mogul Barbara Corcoran. Gerber and Paugh are the CEO and COO, respectively, of CommunityCo, where they build and manage membership communities for global brands.

In Super Connector, they offer a revamped approach to professional networking -- called Vision-Executing-Profiting -- and share examples from a range of successful people. 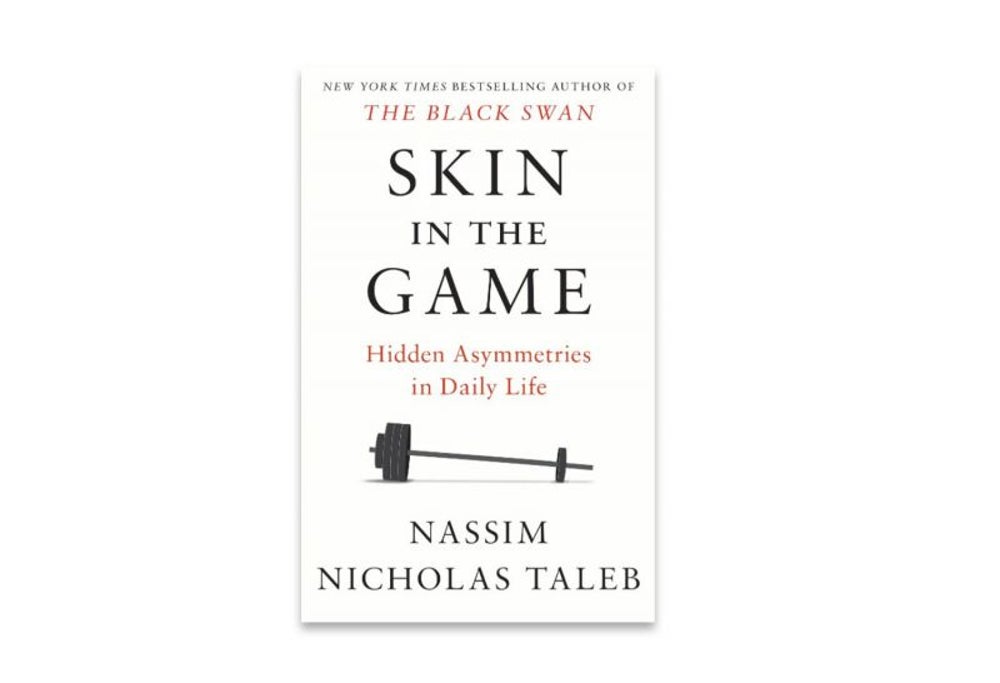 Nassim Taleb, author of hugely influential books like Black Swan and Antifragile, is back. This time, he's focusing on risk assessment, using examples from the lives of Hammurabi to Donald Trump, and drawing lessons like "You can be an intellectual and still be an idiot" and "Beware of complicated solutions (that someone was paid to find)."

Always provocative, Skin in the Game is sure to have Wall Street talking.

We the Corporations by Adam Winkler (Feb. 27) 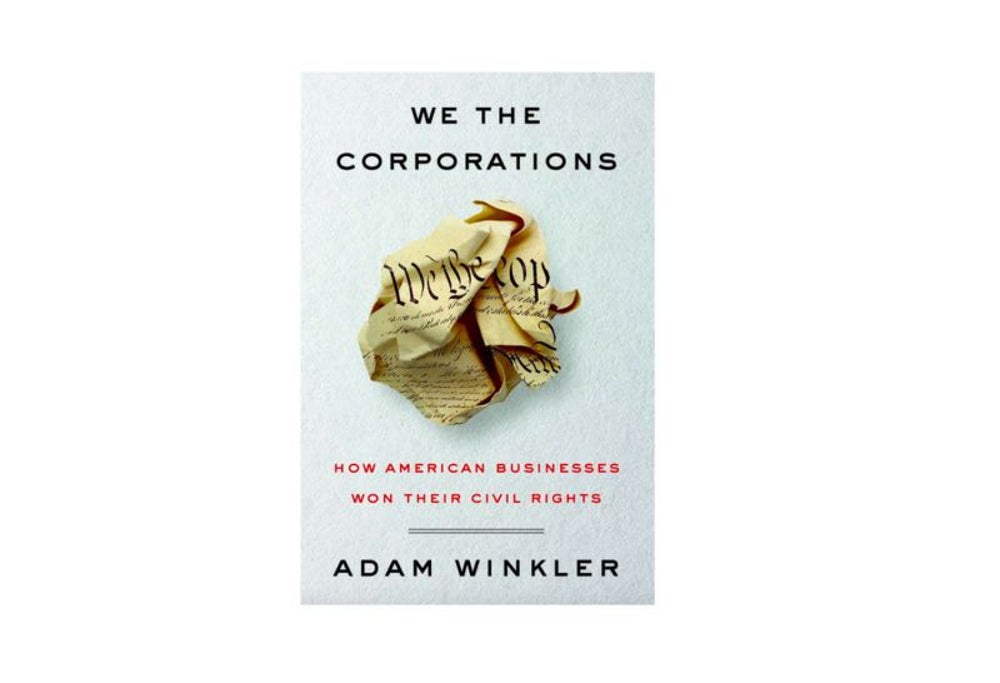 "An incisive account of the unlikely rise of an idea that has nearly turned American politics upside down," says Jill Lepore, a staff writer at The New Yorker and the author of The Secret History of Wonder Woman.

Winkler, a professor of constitutional law at the University of California, Los Angeles, traces the history of the Citizens United Supreme Court decision in 2010. He guides readers through the complexities of the American judicial system and explains what the ever-evolving corporate rights movement means for them. 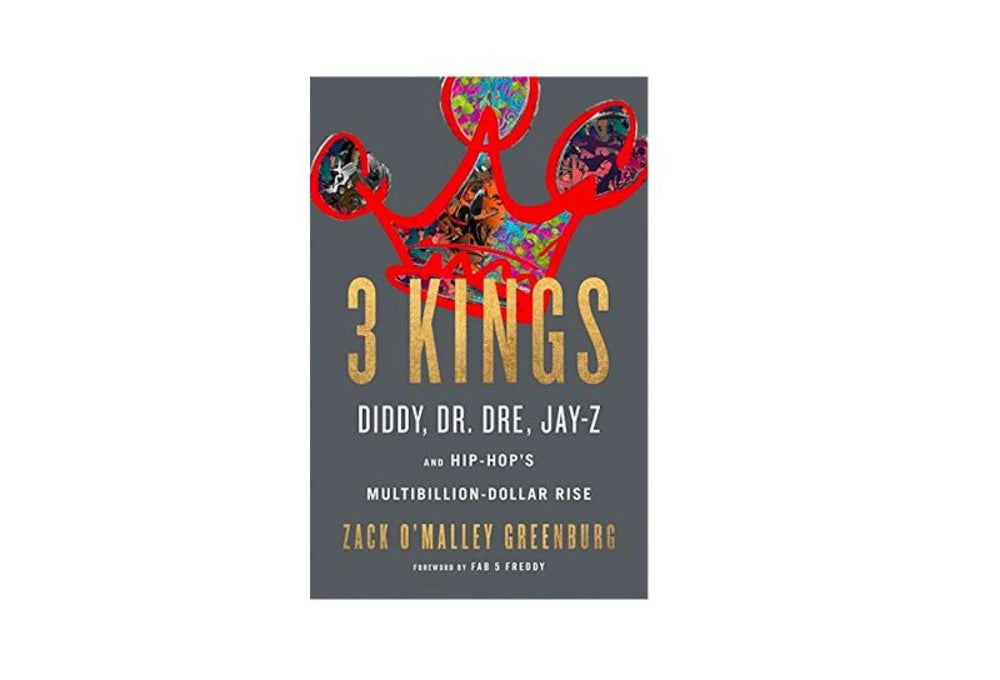 Forbes senior editor Zack O'Malley Greenburg has tapped his deep network in the entertainment industry to tell the story of the rise of the hip hop industry by focusing on three of its biggest moguls: Diddy, Dr. Dre and Jay-Z.

This isn't a book about the evolution of the music -- it's about how a cultural movement helped create multimillionaires with lucrative lifestyle brands, from Diddy's Ciroc vodka to Dre's Beats line of headphones.