How Does Your Education Compare to Oprah Winfrey's, Elon Musk's and Sheryl Sandberg's?

These business powerhouses got their educations in a number of ways.
Next Article

Are the wildly successful that way because they’re educated? Or is their success a result of circumstances or qualities beyond education? The short answer is the higher the education, the higher the employment rate.

However, with the rise of technology and the growing demand for STEM and computer science skilled workers, the definition of what “education” is considered is shifting. It can be self-taught, learned online or in a trade-specific educational environment. A business education is not limited to the M.B.A. from Harvard.

Prominent business leaders have certainly risen to where they are through the more traditional route of a prestigious undergraduate university and an M.B.A. However, increasingly, particularly within the tech world, what rises to the top are skills. See how your education compares to these 15 business savants.

Related: How Does Your Parenting Technique Compare to Elon Musk's, Sheryl Sandberg's and Jeff Bezos'? 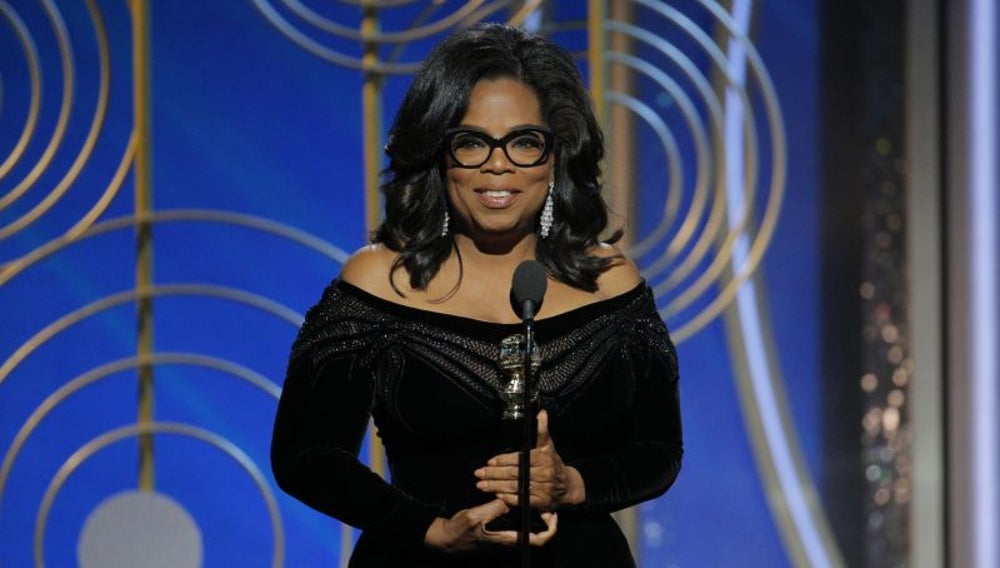 Books played a big part in shaping Oprah Winfrey’s imagination and escape from an impoverished life in Mississippi. "Books were my pass to personal freedom. I learned to read at age 3, and soon discovered there was a whole world to conquer that went beyond our farm in Mississippi," she said.

Winfrey earned a full scholarship to Tennessee State University, where she studied communications. She went on to work as an anchor for a Nashville television station as the first black female news anchor in the station’s history. However, her education never ends, and the endlessly curious Winfrey remains a dedicated reader. 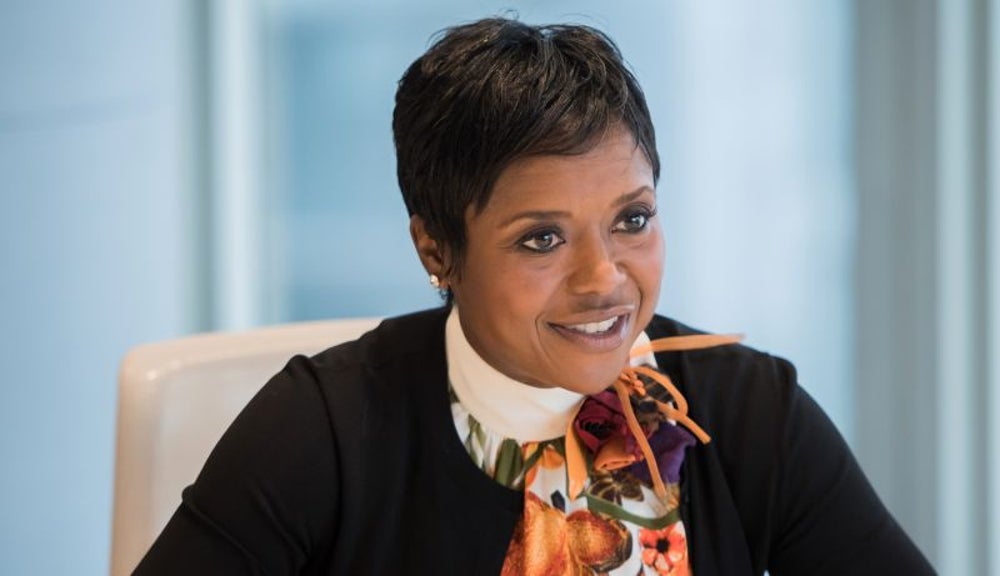 Mellody Hobson has yet to become a household name, but she's renowned in the prominent circles she runs in. Sheryl Sandberg has credited her for inspiring her to write Lean In, and Howard Schultz, Starbucks chairman, gushes about her: “When I think of her, I think of grace. She’s the most unique individual. I love Mellody Hobson.” She serves on the board of Starbucks and is the current chair of the board of directors of DreamWorks Animation. In 2017, she became the first black woman to head The Economic Club of Chicago.

Hobson grew up impoverished in Chicago’s south side, and she attended the Woodrow Wilson School of Public and International Affairs at Princeton University. Soon after her graduation, she joined Chicago-based Ariel Investments, where her potential was quickly spotted by its chief executive, John Rogers. She's now president of Ariel Investments, and a prominent voice pushing for financial literacy and investor education.

Related: What Do Elon Musk, Oprah Winfrey, Warren Buffett and Other Business Titans Have on Their Desks? 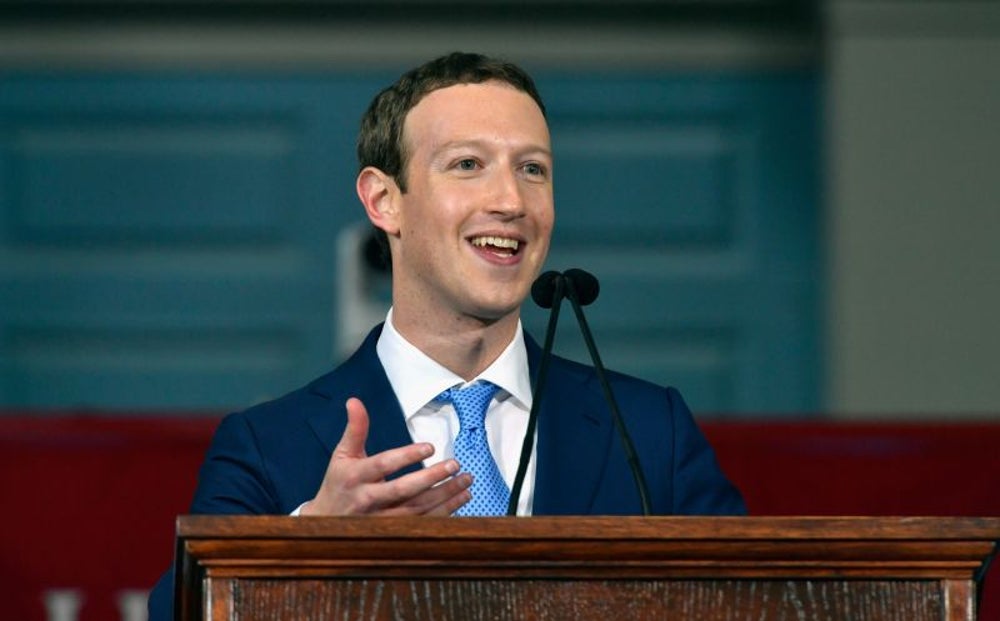 In high school, Mark Zuckerberg attended the elite Phillips Exeter Academy in New Hampshire, where he became the head of the fencing team and graduated with a diploma in the classics. For his undergraduate studies, he attended Harvard University, but dropped out during his sophomore year in 2004 and moved to Palo Alto to run Facebook full time.

Related: How Mark Zuckerberg Wins at the Long Game -- And How You Can, Too 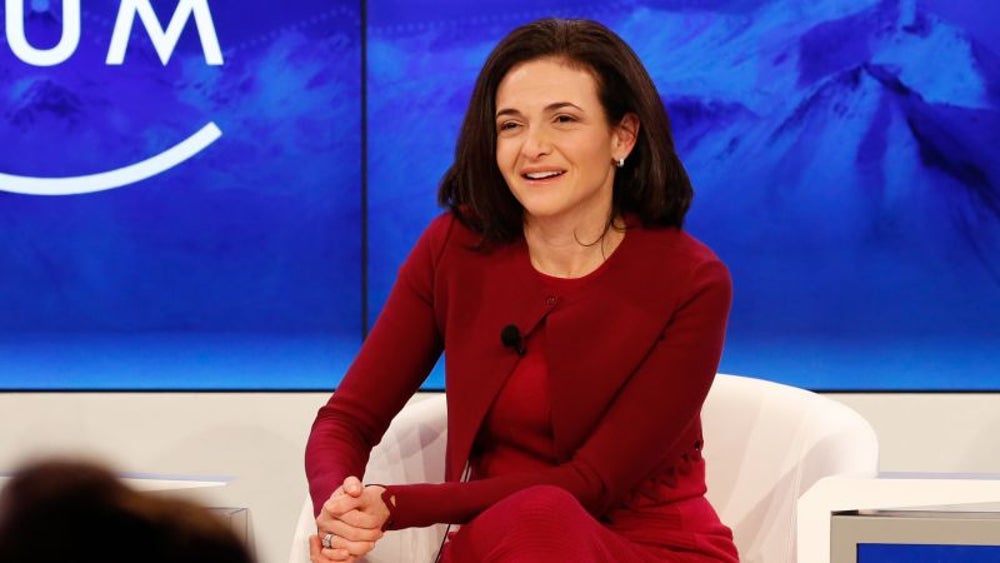 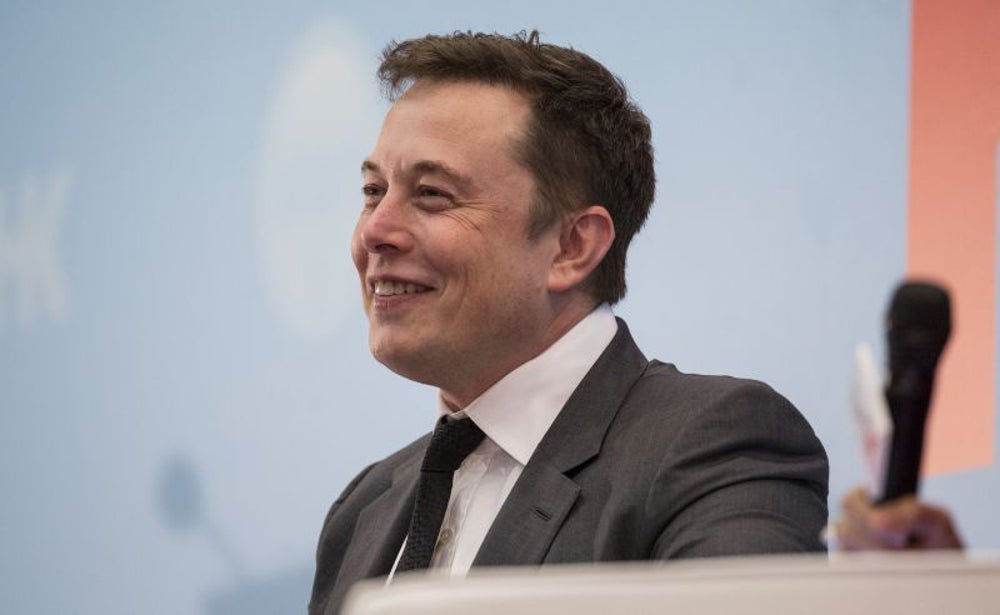 Elon Musk moved to Canada to avoid mandatory military service in his native South Africa at the age of 17. He attended Queen’s University in Kingston, Ontario, for two years and transferred to University of Pennsylvania on a scholarship, where he earned two bachelor’s degrees in physics, as well as, business.

After University of Pennsylvania, Musk headed to Stanford University to get his Ph.D. in physics -- but he dropped out after only two days to pursue his first internet company, which became Zip2 Corporation.

Related: Here's What You Need to Know About Elon Musk 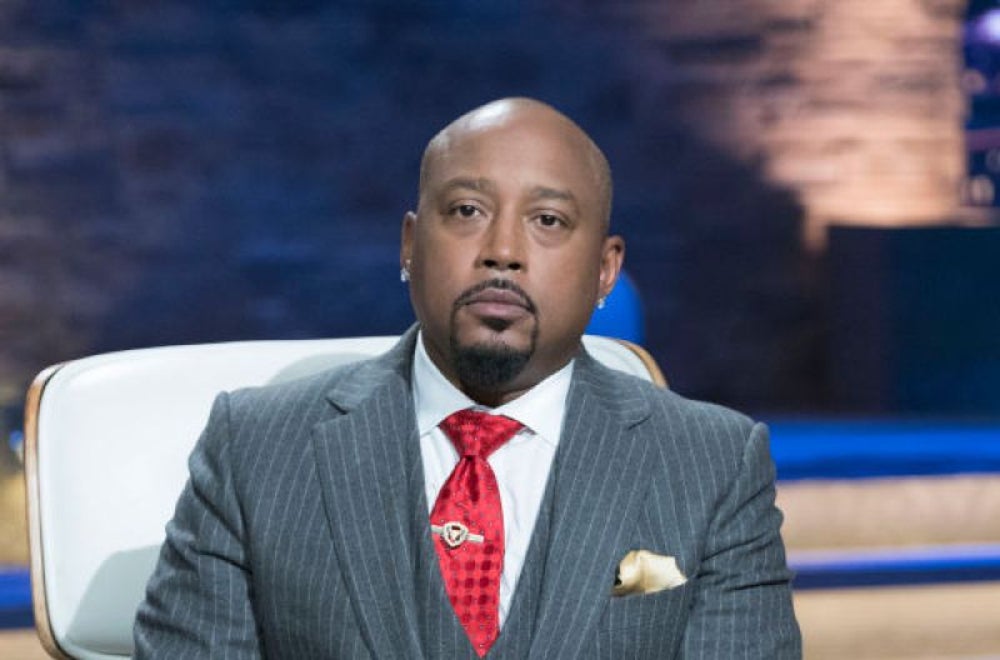 Shark Tank investor Daymond John didn't pursue a college education. His education comes from being broke and having his back against the wall, he’s said. The investor worth an estimated $300 million grew up poor in New York City’s Hollis neighborhood in Queens and raised by a single mother. He spoke of becoming “the man of the house” at a young age and handing out flyers for $2 an hour. His entrepreneurial spirit emerged in grade school, when he would find discarded pencils on the floor, personalize them with people’s names and sell them to kids.

John graduated from a special program at Bayside High School in Queens, which allowed him to attend high school and work, and he struggled with dyslexia throughout his education. After high school, John got a job as a waiter at Red Lobster, and his mother mortgaged her house in order to help him launch his clothing line, FUBU. While it was an uphill battle to profit, John says he uses that hustle and “broke mindset” to thrive, according to his book The Power of Broke. 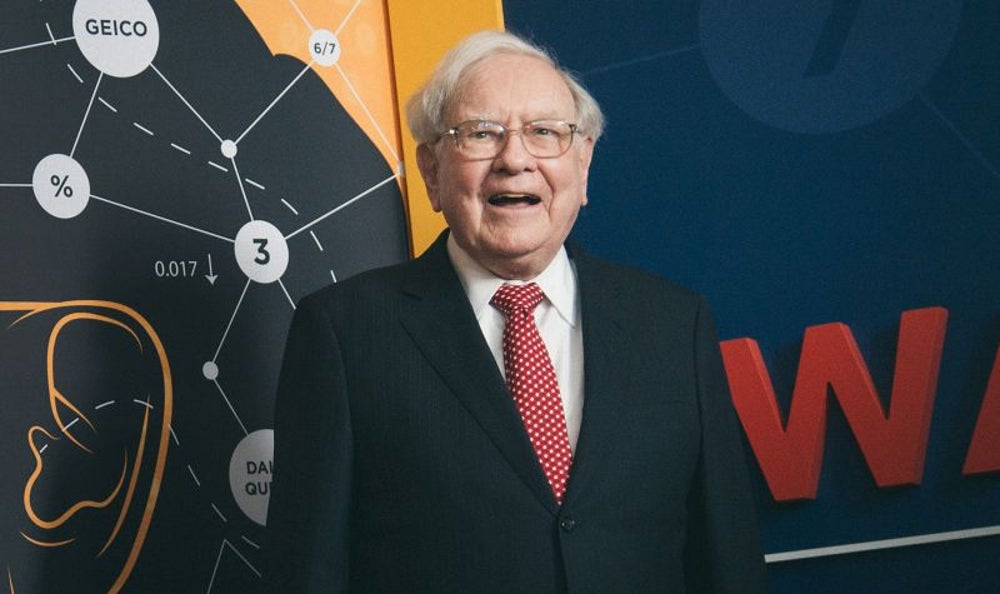 Warren Buffett started his undergraduate studies at The Wharton School of Business at the University of Pennsylvania, however he transferred after two years to, curiously enough, the University of Nebraska, where he earned an undergraduate degree in business administration. "[T]here wasn't a class that disappointed me," he said about his time there. He went on to earn his master’s in economics at Columbia Business School, where he studied under Benjamin Graham, then chairman of GEICO and author of The Intelligent Investor, a book Buffett had read at 19 and would serve as a foundation for his investment strategy. 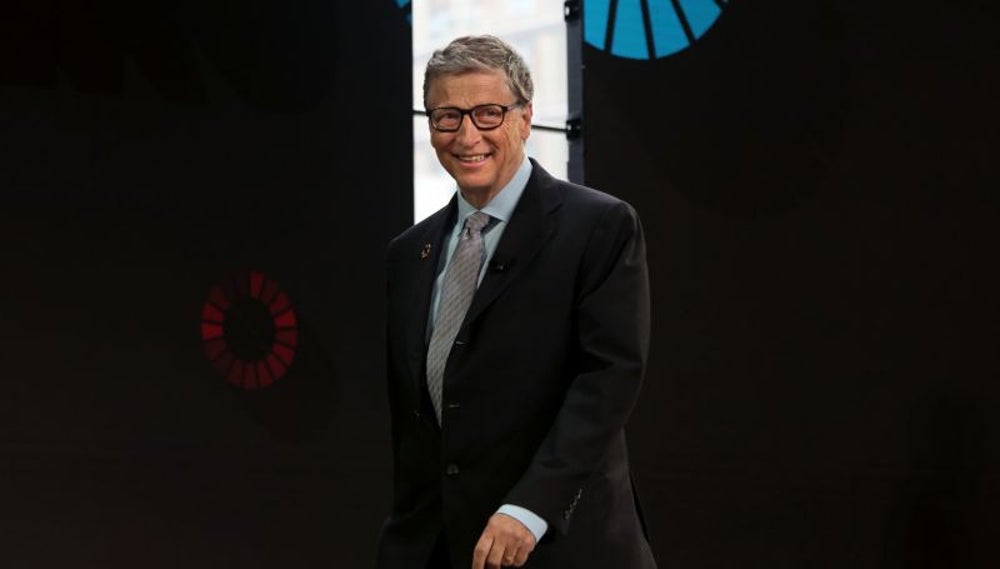 Education is very important to Bill Gates, even though he’s a Harvard dropout. As a child, Gates went to Lakeside School, a private school in Seattle where he met Paul Allen, his future partner in Microsoft. At Lakeside, Gates was given access to a computer lab, where he spent most of his free time. He went on to study at Harvard University, considering a future in law, like his father. However, his instincts shone through, and the young Gates spent most of his time in the computer lab. He eventually left Harvard after two years, in 1975, to start Microsoft with Allen. 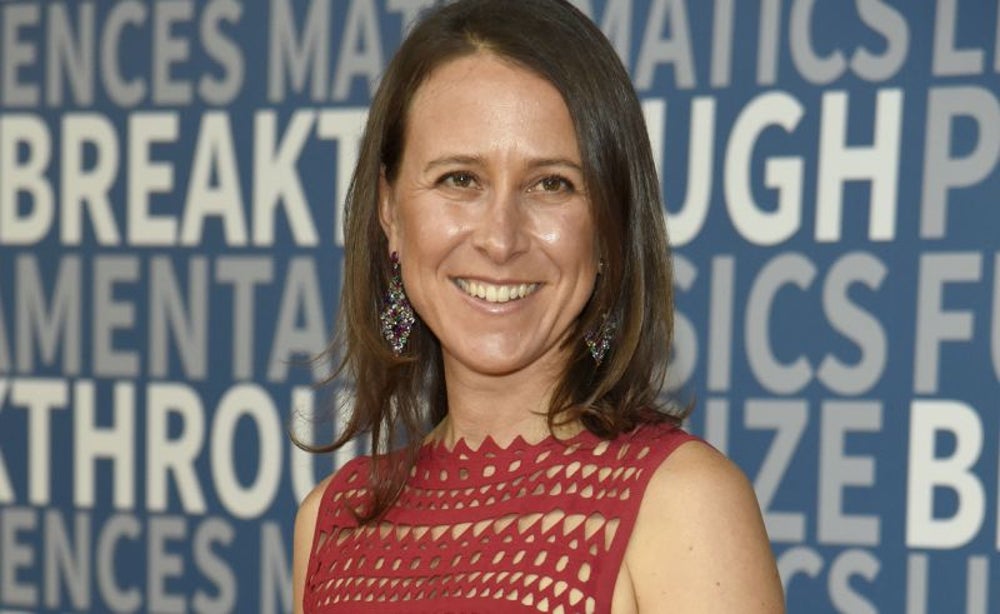 Anne Wojcicki, co-founder and CEO of 23andMe, grew up in Palo Alto where she went to Gunn High School and became a top editor for the school newspaper, The Oracle. “People who knew her in high school in Palo Alto said that she was studious but far from isolated,” said The New York Times. Wojcicki went on to study at Yale University, where she majored in biology, and according to her mother, was a sporty and active student who “was a competitive ice skater and played on the varsity ice hockey team. She also had a job as an activities coordinator in her dormitory.” 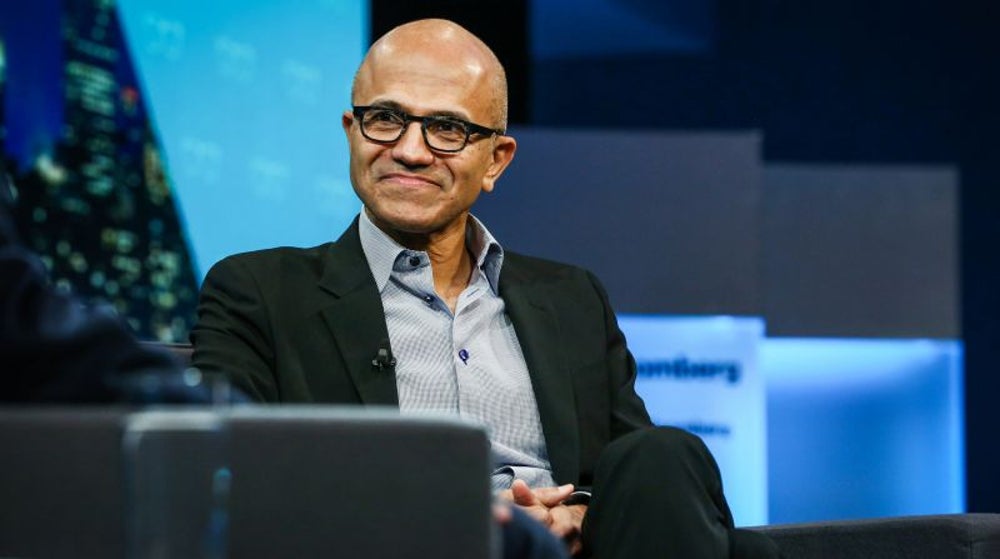 Microsoft CEO Satya Nadella began his education in India with a degree in electrical engineering from the Manipal Institute of Technology, the M.I.T. of India. The graduate moved to the United States, where he pursued a master’s in computer science at the University of Wisconsin-Milwaukee. He joined Microsoft after graduation, where he eventually became head of R&D for Microsoft’s MSN business arm. While working full time, Nadella decided to pursue his M.B.A. at The Booth School of Business at the University of Chicago. He flew back and forth from Seattle to Chicago for more than two years to accomplish that feat.

Related: Fuel Your Drive With These Motivational Stories of Elon Musk, Jeff Bezos and Oprah Winfrey 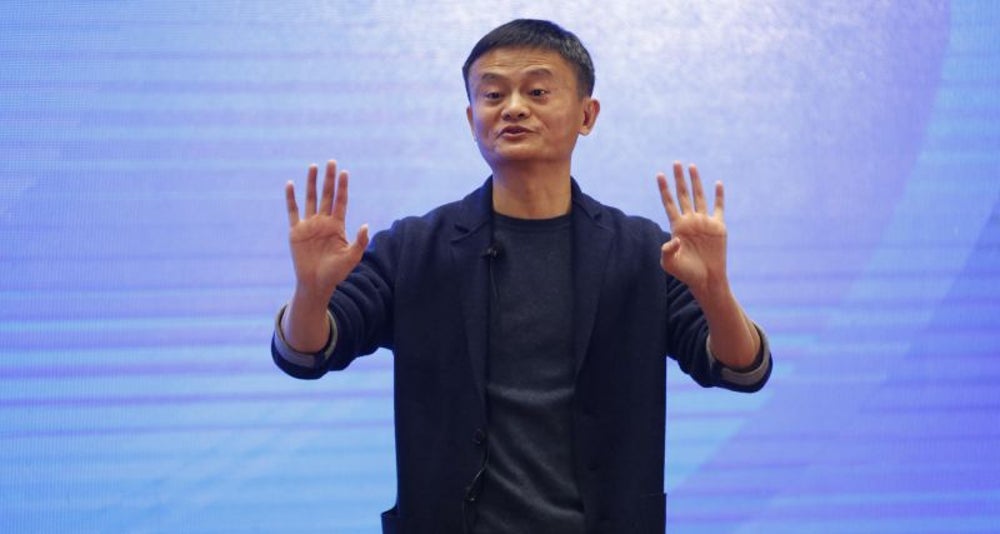 Alibaba founder and chair Jack Ma has been open about his struggles in school on the road to becoming one of the richest men in China. "I failed a key primary school test two times, I failed the middle school test three times, I failed the college entrance exam two times and when I graduated, I was rejected for most jobs I applied for out of college,” he shared. "I applied for Harvard 10 times, got rejected 10 times and I told myself that ‘Someday, I should go teach there.’"

Ma graduated from Hangzhou Normal University with a B.A. in English in 1988 and became an English teacher. However, he didn’t remain one for long and became an entrepreneur, starting several failed businesses. While building Alibaba in the early 2000s, he earned his M.B.A. from Cheung Kong University. 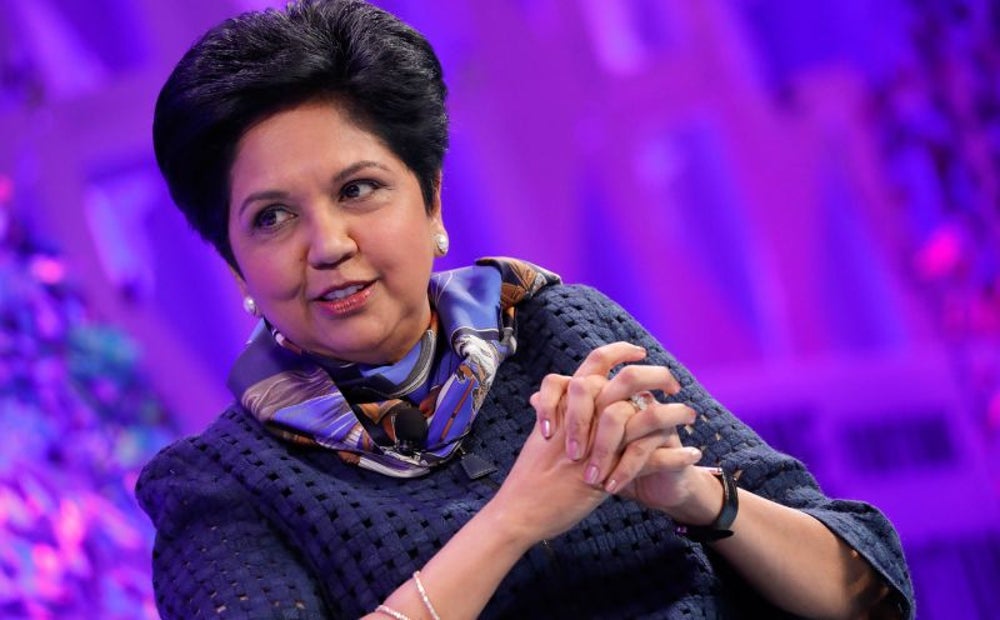 PepsiCo CEO Indra Nooyi is one of the most powerful female CEO in the world. Nooyi earned her undergraduate degree at Madras Christian College in Madras, India, where she immersed herself in chemistry, physics and math. After graduating, she went on to get her master’s at the Indian Institute of Management in Calcutta, one of the two schools in the country, at the time, that offered an M.B.A. degree. Later, she moved to the U.S. to get another M.B.A. at the Yale School of Management. She spoke of how, during that time, she didn’t have the money to buy business clothes, so she went to job interviews wearing her sari.

Related: Are You More Interesting than Average?' in 5 Questions 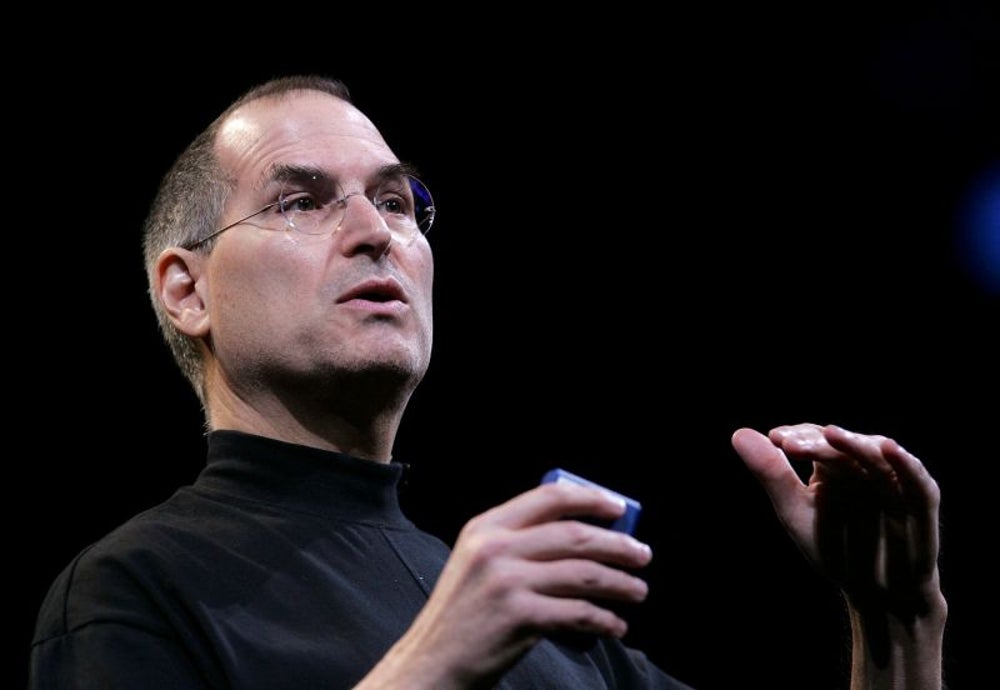 Like some other big names in tech, Jobs was a college dropout. He didn’t excel in a formal education setting, although he tested well ahead of his grade in aptitude tests. His parents moved to Los Altos, Calif., so Jobs could be part of the Cupertino School District, and it was at Cupertino’s Homestead High School that Jobs met the resident computer wiz, Steve Wozniak. Jobs attended Reed College in Portland, Ore., and dropped out after only six months. However, over the next year and a half, he would monitor various classes at Reed, including calligraphy, a course he later credited for his love of typography.

Related: 6 Reasons Why Steve Jobs Was Truly One of a Kind 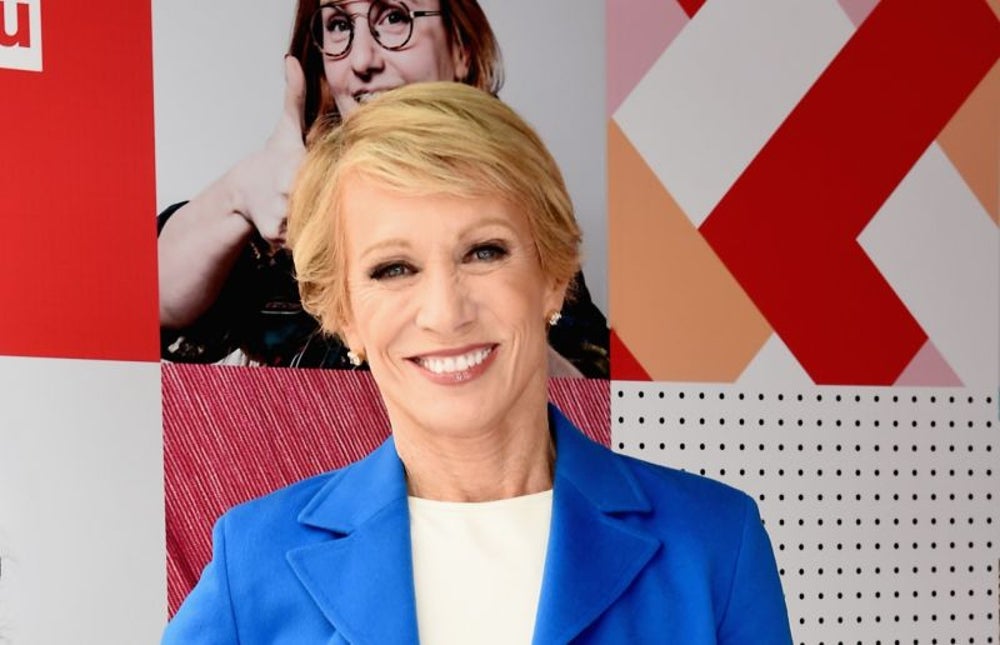 Barbara Corcoran has said she wasn’t an exceptional student. The real estate mogul and Shark Tank star spent her undergraduate years at St. Thomas Aquinas College in New York, where she got a degree in education. After graduating, she tried teaching for a year, however the job didn’t suit her, so she did many odd jobs, including waitressing, until she used a $1,000 loan to co-create a business in real estate which she called “The Corcoran Group.” 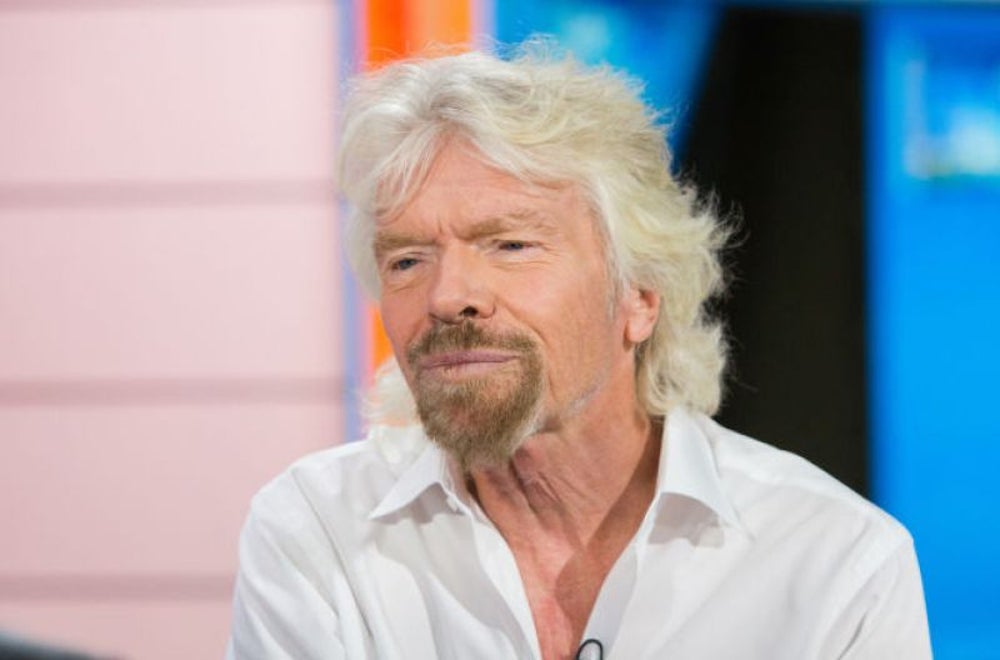 Branson went to the all-boys Scaitcliffe School in Surrey, England, and transferred at the age of 13 to Stowe School, a boarding school in Buckinghamshire, England. Branson recalls struggling in his school years, compounded by his dyslexia. Branson dropped out at the age of 16 to start a magazine called Student.

He writes: “I couldn’t keep up in class, and I didn’t fit in. So my parents agreed to let me leave school on one condition: that I would do everything I could to turn my ideas into reality. In the end, focusing on what I was passionate about (rather than forcing things that weren’t right for me) opened my eyes and my world."

Related: Quiz: 'Are You a Natural-Born Leader?' Measure Your Leadership Ability in 4 Questions.