Leaders of Alibaba, Google, IBM and Others Share What You Need to Do to Thrive in Today's World

At the World Economic Forum, top business and state leaders, thinkers and activists are talking about how to accelerate progress.
Next Article

Each year, leading thinkers head to Davos, Switzerland, to have a discussion across industries and interest areas about the needs and realities of today’s global world at the World Economic Forum.

Representatives from leading technology companies, from Google to IBM to Alibaba, have voiced their ideas onstage so far, as have university professors, authors, actors and activists.

The #MeToo movement, the Trump presidency, the rise of artificial intelligence, efforts to practice more conscious capitalism and a host of other forces and developments have converged in conversations at the annual meeting.

For an overview of the points Salesforce CEO Marc Benioff, PepsiCo CEO Indra Nooyi and several other leaders have made so far, click through the slides.

Related video: How Real Leaders Focus on What Really Matters 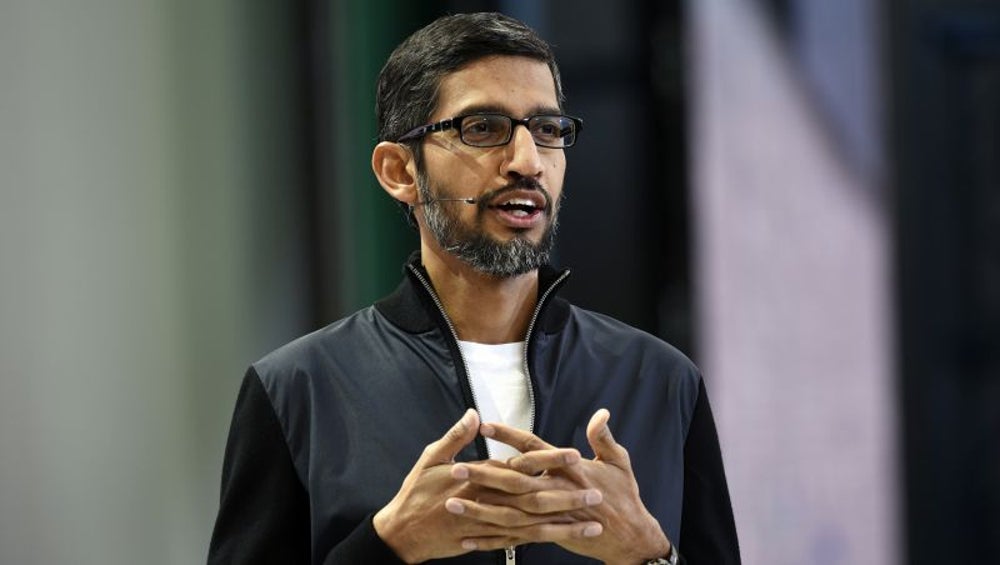 In conversation with World Economic Forum founder and Executive Chairman Klaus Schwab, Google CEO Sundar Pichai addressed his company’s firing of James Damore, who circulated a memo about the qualifications of women engineers.

Related: What You Need to Understand About the Google Firing and Free Speech at Work

"The participation of women in tech is very, very low, but technology products affect everyone," Pichai said. "The only way to fix that is to involve more women in the development of technology."

Pichai asserted that the tech industry needs more women workers. Meanwhile, Google has faced a number of gender-pay lawsuits, from the government and female former employees.

Pichai also spoke about the implications of artificial intelligence as being more profound than humanity’s mastery of electricity or fire, and he underscored the importance of prioritizing safety and transparency as AI becomes accessible to more people.

"AI is a great equalizer," Pichai said. "It’s tough to weaponize because everyone will have the same ability to get you back." 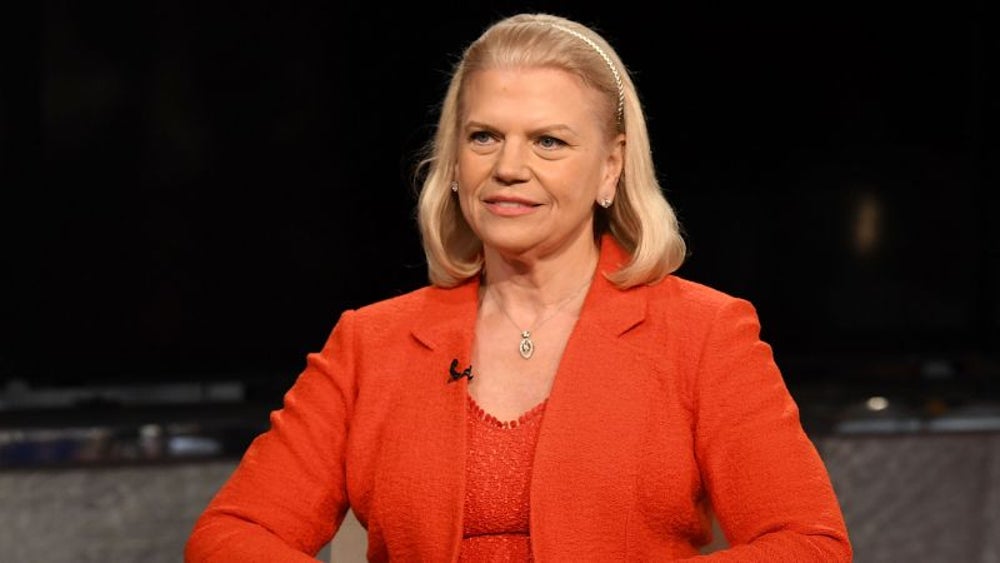 As one of the seven women co-chairs of this year’s World Economic Forum, IBM chief Ginni Rometty is making the ethics of data and AI a major talking point.

If a company can’t explain how the AI in its products makes decisions, those products should not be on the market, she explained in an article published in conjunction with the conference in which she called for a “new era of data responsibility.”

“Does it reflect professional expertise? Are unintended biases built in?” Rometty wrote. “We must explain why its algorithms make the decisions they do.”

This responsibility also involves being clear about who owns and has access to data generated by a company’s products, she noted. 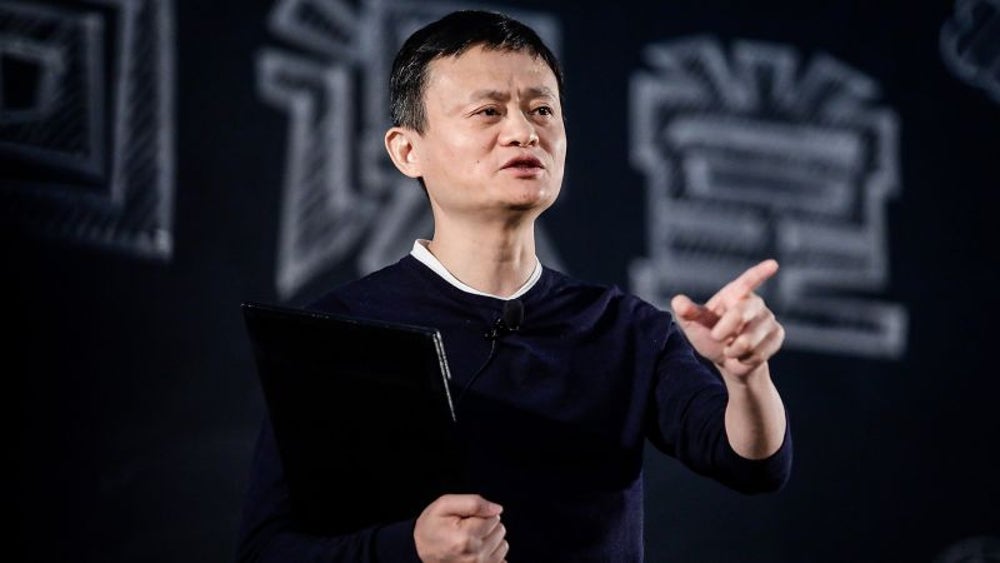 The Alibaba founder and chairman shared his beliefs about the need for open global trade, just days after U.S. President Donald Trump imposed tariffs on solar panels and washing machines imported to the United States.

“I think, today, the world has changed,” Ma said. “Because of new technology, I would say, in the future there will be no ‘Made in China,’ no ‘Made in America,’ no ‘Made in Peru.’ It’s going to be ‘Made on the Internet.’”

He emphasized the power of small businesses to buy, sell, deliver and pay for goods globally in today’s society, stating, “This is the trend. Nobody can stop it.” He admitted he is “scared” of the potential for a “trade war” to start in resistance to all of the ecommerce activity enabled by smartphones and other technology worldwide. 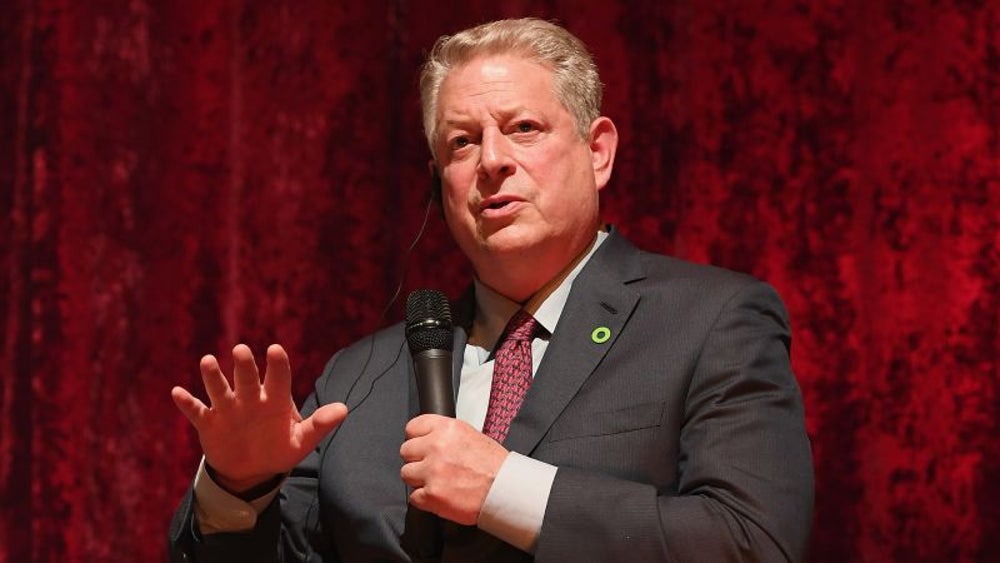 In contrast to Ma, former U.S. vice president Al Gore defended Trump’s 30 percent tariffs on solar panels. He explained that circumstances prior to Trump’s election drove the decision, and that because China subsidizes the production of solar panels, other companies in the market are at a disadvantage.

The Inconvenient Truth co-creator spoke about the state of the environment in another session in Davos, explaining that America’s withdrawal from the Paris Climate Agreement does not signal that the country won’t be able to uphold the terms of the accord.

"Several governors of our largest states, hundreds of cities and thousands of U.S. businesses are now ensuring that the U.S. will not only meet but exceed the commitments it made under the Paris Agreement,” Gore said. "The technologists and the business leaders are finding that there are amazing advances in solar energy and wind energy, batteries, electric vehicles, efficiency, so we can increase the commitments." 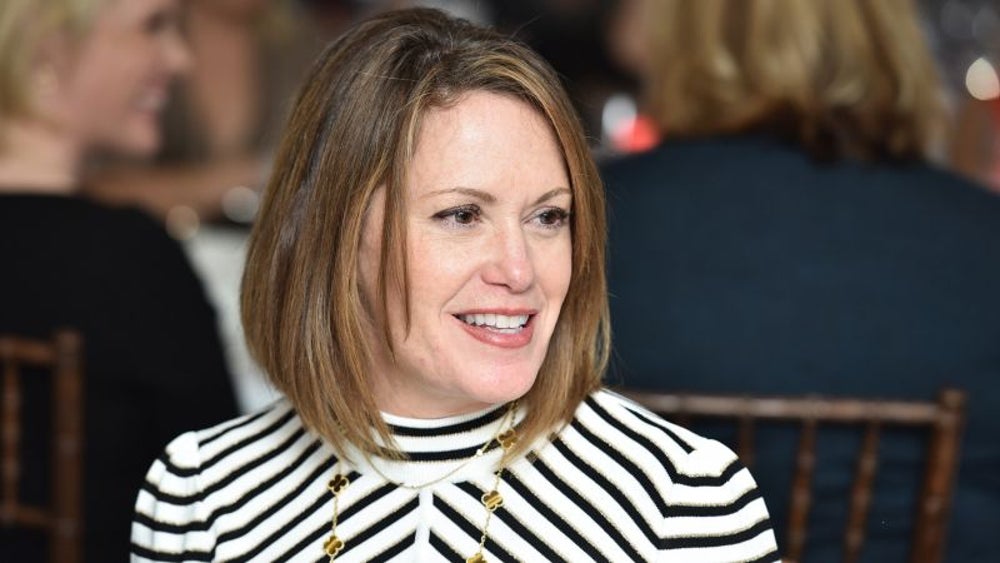 Johnson, who is Microsoft’s executive vice president of business development, shared her thoughts on the #MeToo movement, noting that “literally everybody has a story” and that sexual harassment in the workplace has the added element of harming business.

“Not only should we be changing this because it’s the right thing to do,” Johnson said, “there’s a business impact to this, and that just angers me when I look back at it now.”

She made references to former female colleagues of her avoiding certain male colleagues and customers because of their reputations for making inappropriate comments and advances, explaining that time spent navigating this behavior takes away from women’s career development.

She added that earlier in her career, she used to think she should laugh at inappropriate jokes made by men in the office.

“I don’t anymore, because I’m in that position of power,” she said. 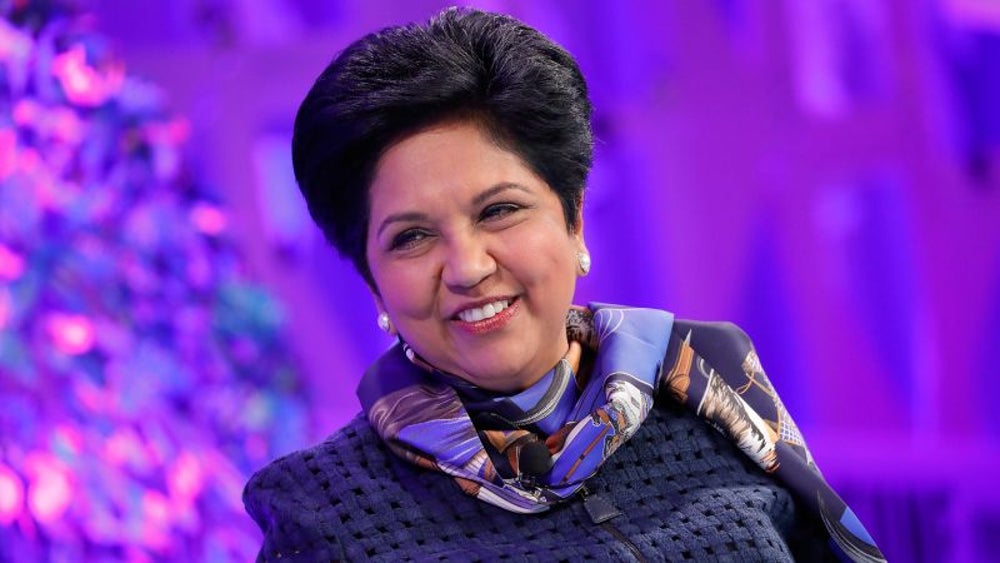 The PepsiCo chair and CEO of touched on the difficulty of balancing long-term strategy with keeping investors happy in the short term, noting that Coke’s share price was higher than Pepsi’s for her first five years in her executive role.

"If you are doing something really strategic and transformative, it always evokes criticism,” Nooyi said in a panel discussion about improving capitalism. “So I always said, I have the results to show for long-term management but the scars to show for short-term management."

She also stressed that executives need to educate investors to ask the right questions.

"As CEO, you must start with an external perception of the world and look at the mega trends in order to build a strategy that will stand," Nooyi said. 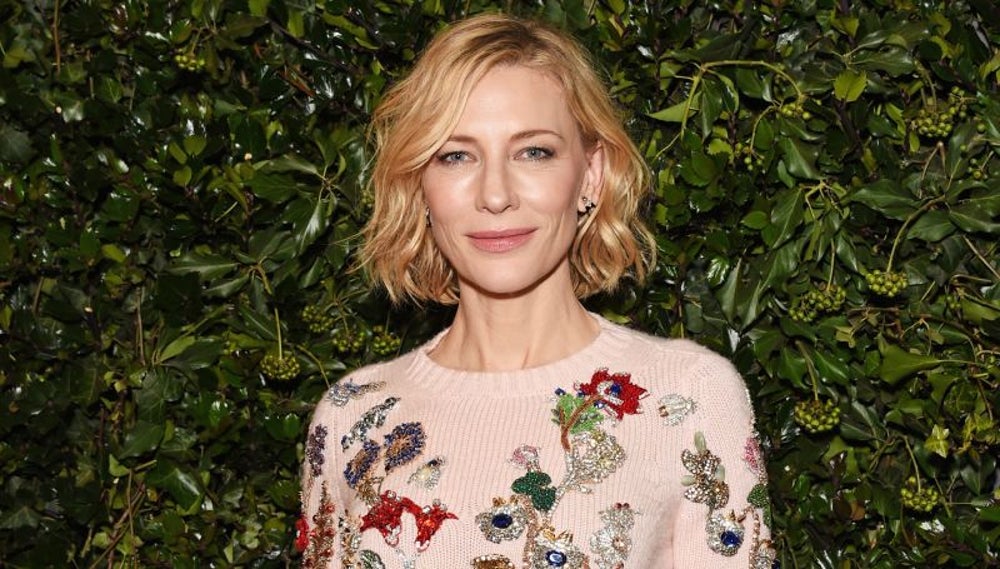 The actress, who is a Goodwill Ambassador for the United Nations High Commissioner for Refugees, spoke about the refugee crisis and what the world has yet to learn and do to address the problem.

“We try to teach our children to be compassionate, to be tolerant, to accept diversity, to share,” Blanchett said. “But all the structures that are around them are not doing the same, so it’s quite a schizophrenic world they’re living in.”

She explained that there is misinformation about what refugees have to offer the countries that are reluctant to accept them.

“The numbers are so overwhelming that you need individual stories,” she said.

Blanchett was also awarded a Crystal Award at the Forum. 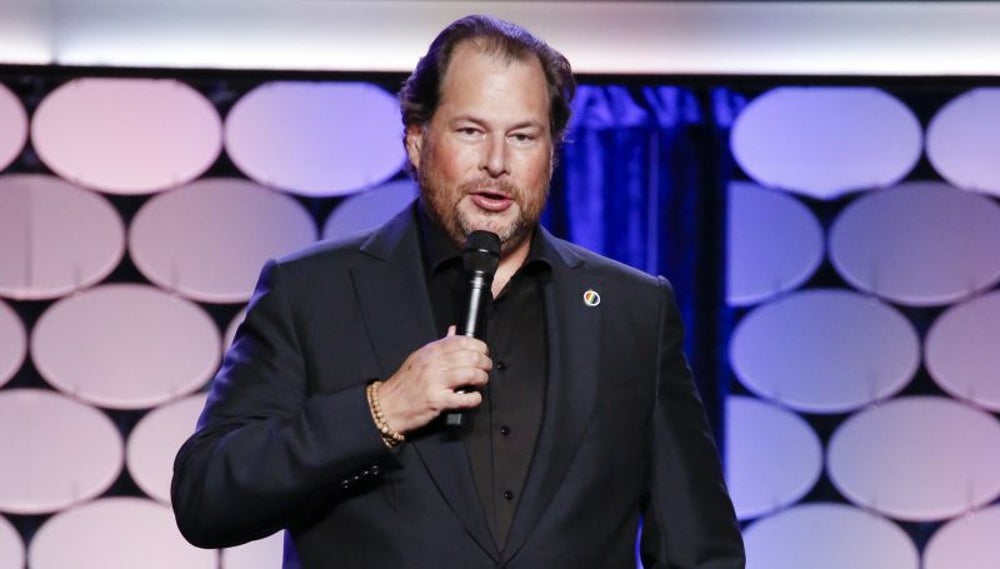 Salesforce founder, CEO and chair Marc Benioff used Uber as a case study to lay out why, in the “Fourth Industrial Revolution,” a period shaped by tech products that connect us, companies must hold trust as their number-one value.

He detailed how former employee Susan Fowler’s blog post about the lack of trust in the Uber company culture -- and how it trickled down from the top -- ultimately led Uber users to boycott the app and the board to fire former CEO Travis Kalanick.

“We basically got to a point where the whole ‘super majority vote structure’ thing that’s kind of going on in Silicon Valley of, ‘I’m the entrepreneur and I’m in charge no matter what happens,’ kind of gets blown up,” Benioff said.

He concluded: "What is the most important to you, in your company? Is it trust, or is it growth? … If anything trumps trust, we’re in trouble.” 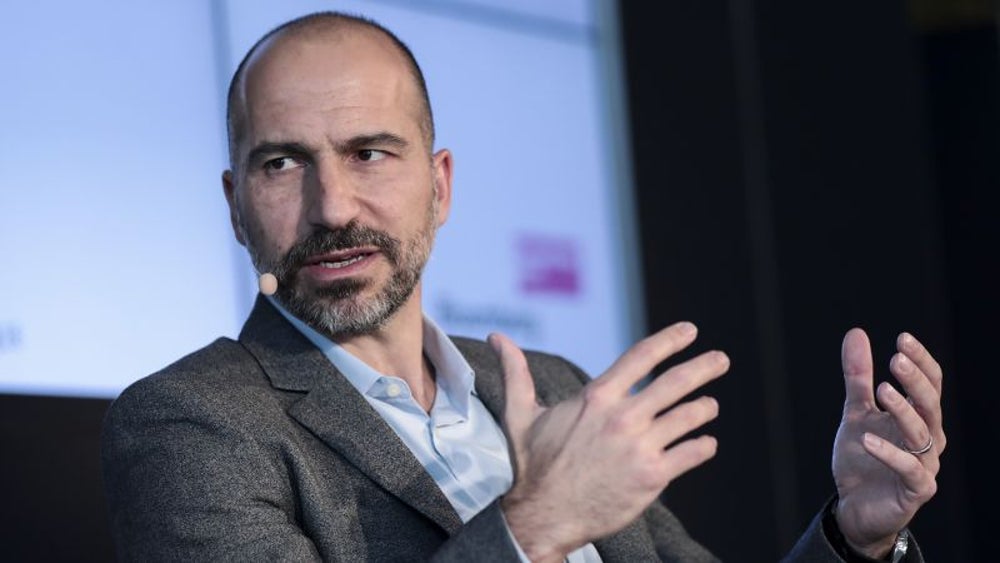 In conversation with Benioff, Uber CEO Dara Khosrowshahi, who took over for founder Travis Kalanick in August 2017, discussed the state of the company.

“The leaks and the Susan Fowler exposure, etcetera, it not only started a real cultural change that was painful for Uber, but incredibly positive,” Khosrowshahi said. “The leaks etcetera led Uber to finally understand that it had to make the changes that it is making as a company to break from the past and go forward as a company that does the right thing.”

In another conversation in Davos, Khosrowshahi told Bloomberg News Editor-in-Chief John Micklethwait that his goal is for Uber to go public in 2019 and be profitable by 2022. Uber was “guilty of hubris” in the past, he said, but under his leadership, it will cooperate with regulators to further developments such as flying vehicles -- perhaps within the next decade. 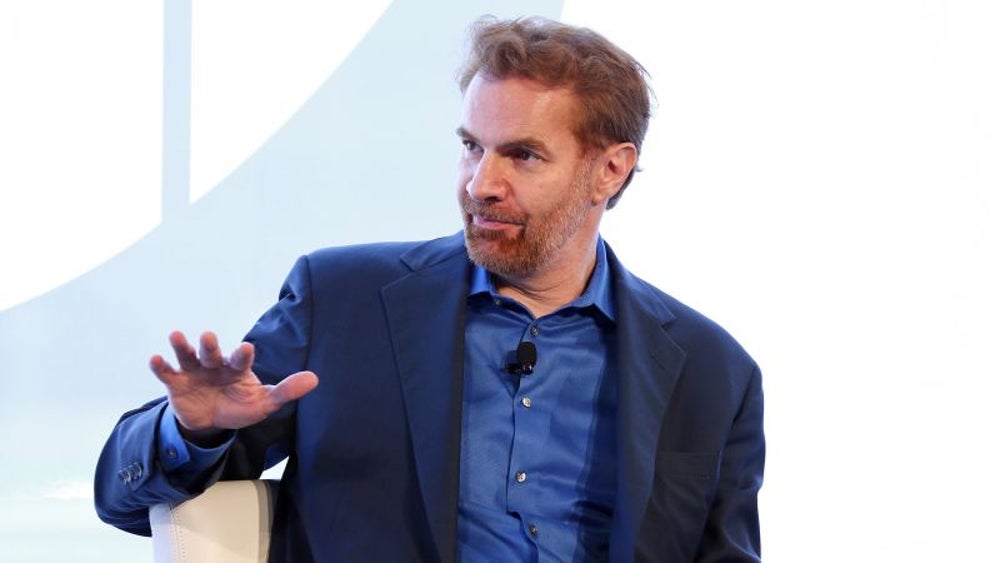 Brynjolfsson is a professor and author who is the director of MIT’s Initiative on the Digital Economy and a research associate at the National Bureau of Economic Research. At the World Economic Forum, he addressed the fact that humanity’s productivity has been growing at a slower rate in recent years, despite the advent of promising technologies such as desktop printing and AI.

Until companies and organizations figure out how to adjust their business models, supply chains and other processes to optimally harness technological development, a productivity drop is a sign of a learning curve.

“We need to invest in human capital and education. We need to speed the process of learning and diffusing these new techniques,” Brynjolfsson said. “We need even more entrepreneurs … who are developing new ways of doing things as the old ones get automated and removed. And government needs to step in with things like investments in infrastructure and R&D …” 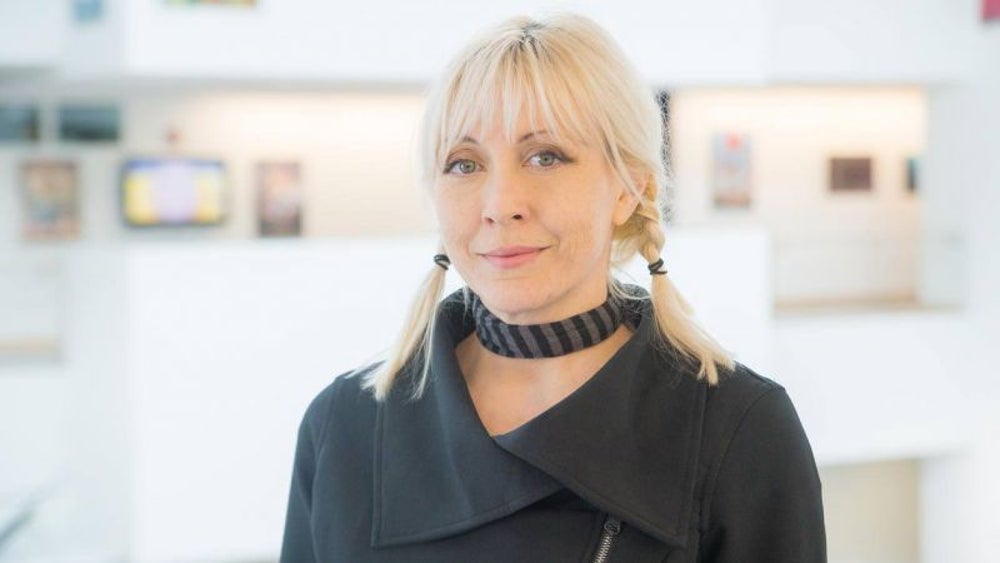 Flanagan is a digital humanities professor at Dartmouth College known for her thought-provoking works of art that often take the form of games.

In Davos, she shared her predictions about the increased need for human beings to complete certain kinds of tasks as technology replaces some traditionally human roles. In turn, she explained, new markets will emerge.

“I think we’re going to be seeing a lot of formats for corporations and companies that we don’t actually have a good understanding for now,” Flanagan said during a talk about jobs and the future of work. “And I think we’ve seen this in also the the push towards the handmade -- with the automation and with advances, we also will have a return to the kind of boutique fetishization of the object as well.” 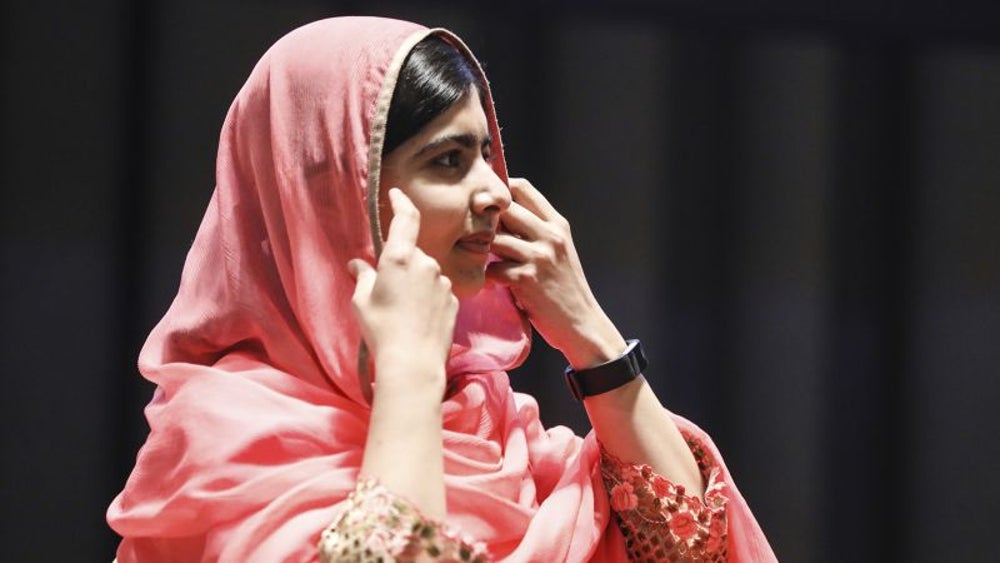 The 20-year-old Pakistani activist and Nobel Peace Prize winner, who was shot by the Taliban in 2012 for defying the ban against women attending school, spoke about feminism and the role of men in working toward equality.

“It should not be the decision of anyone else to tell women how to dress, how to speak, how to act, how to walk, how to talk,” said Yousafzai, who now attends Oxford University. “As long as it’s that woman’s decision, as long as it’s her choice, it is OK. There is not a standard that defines OK.”

Despite stressing the importance of educating men about the rights of women, Yousafzai concluded that women have a responsibility for their own advancement and the betterment of society.

“I said long ago during a UN speech that first we wanted men to do something for us, but that time has gone now, we’re not going to ask men to change the world, we’re going to do it ourselves.”