How These 10 Companies Are Powering the Winter Olympics

From VR livestreams to 'snow camouflage,' technology will enhance athletes' performances and spectators' experiences.
Next Article

Years of practice, perseverance and skill only take athletes competing at the Winter Olympics so far. Companies in a range of industries, from apparel to chemicals, have developed technologies to help them cross the finish line faster.

Performance, however, is just one aspect of the Olympics where cutting-edge tech comes into play. Livestreams in virtual reality will be available to spectators at home this year, and those on the ground in PyeongChang, South Korea, will be able to don special Visa wearables that will allow them to buy souvenirs and other items without even taking off their gloves.

Related: The Inspiring Stories of These Trailblazing, Triumphant U.S. Olympic Athletes Will Warm Your Heart

Click through the slideshow to see how 10 companies are enhancing this year’s Olympic games. 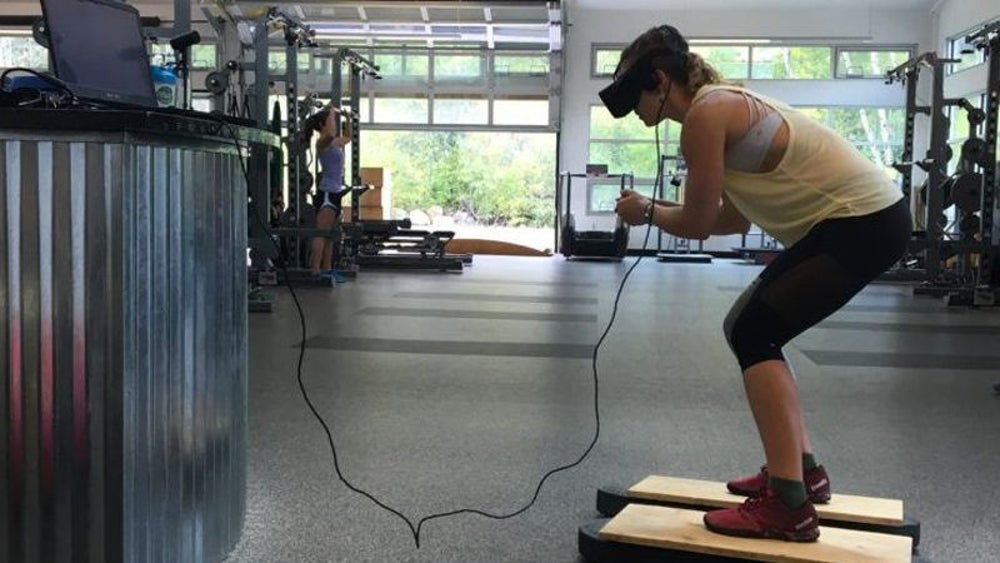 This year marks the first time that Olympians will train via virtual reality experiences, with the help of Strivr Labs.

Members of the U.S. ski team can don a VR headset anywhere in the world and get a 360-degree view of the exact terrain they’ll face in PyeongChang. They can virtually ski the runs and memorize them in advance of their races.

The team at Strivr developed the experience two years ago by attaching a camera to a coach’s head as he skied. Strivr edited the resulting video footage and even increased its speed to correspond with that of faster races. The company also stabilized the footage to prevent the nausea that sometimes accompanies VR experiences.

Palo Alto-based Strivr has previously created training environments for professional and college sports teams in the U.S., as well as for Walmart’s associate training academy. The partnership with the ski team was Strivr’s first foray into adapting ski runs to VR. Going forward, the company sees potential for its VR skiing experiences to help injured athletes to stay on top of their game, according to The Washington Post.

Related: Why This Restaurant Chain Has Started Using VR to Train Employees 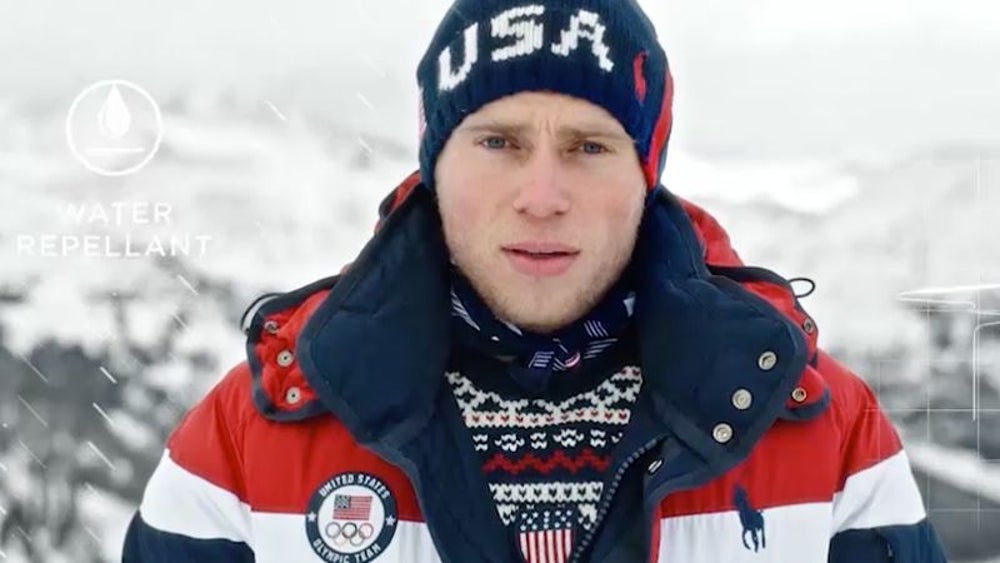 Athletes won’t wear mere coats to the Opening and Closing Ceremonies. In partnership with Ralph Lauren, the 2018 U.S. Olympic and Paralympic teams will be outfitted with parkas and bomber jackets at the respective events, and each of the garments will contain a special heating system to keep the athletes toasty.

Each is made up of stretchable “electronic printed conductive inks, printed in the shape of an American flag in carbon and silver ink and bonded to the interior of the jackets,” according to the Team USA website. A battery pack powers the system, which can keep a wearer warm for up to 11 hours on a full charge.

Dow Chemical is giving the Luge Team a boost. 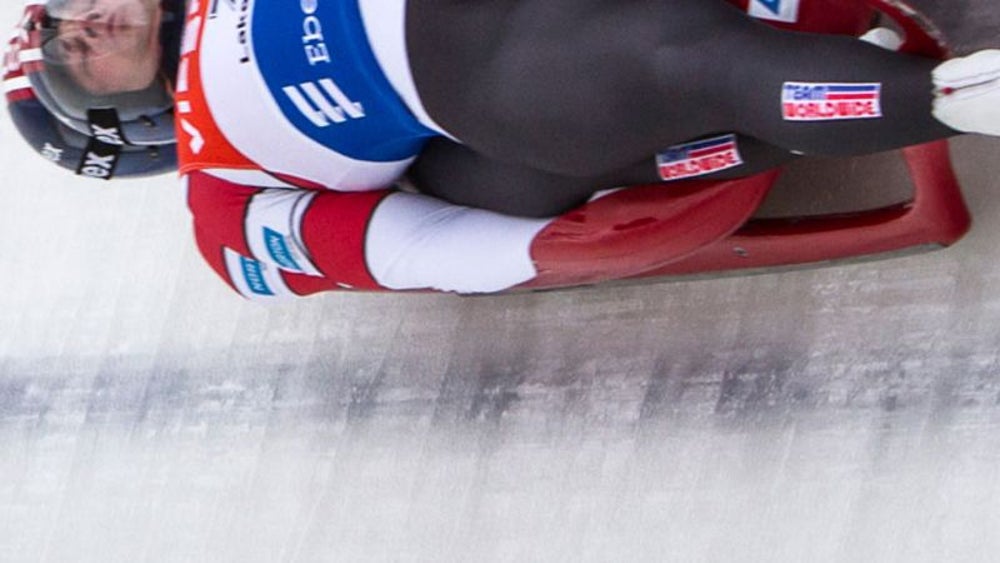 Engineers from the chemicals giant have taken tactics they’ve long used to help Nascar drivers increase their speeds and shared them with the U.S. Luge Team.

Updates to luge sleds involve sensors such as accelerometers, GPS data, physics models and lab testing, with the goal of helping the team prepare to race faster and adapt to what the ice track will be like in PyeongChang, SportTechie reports.

Dow’s Materials Engineering Center has worked alongside the Luge Team for years, taking below-zero temperatures and aerodynamics into account when fine-tuning the sleds’ materials.

“They have contributed tremendously toward our success, by transforming our entire sled R&D, design and manufacturing process,” said Gordy Sheer, a luge silver medalist and director of marketing and sponsorship of U.S.A. Luge, on a recent panel at the University of North Texas.

The insights Dow provides through data collection and GPS mapping will help the team understand what to expect before they even hit the track.

Intel is capturing the Olympics live in VR. 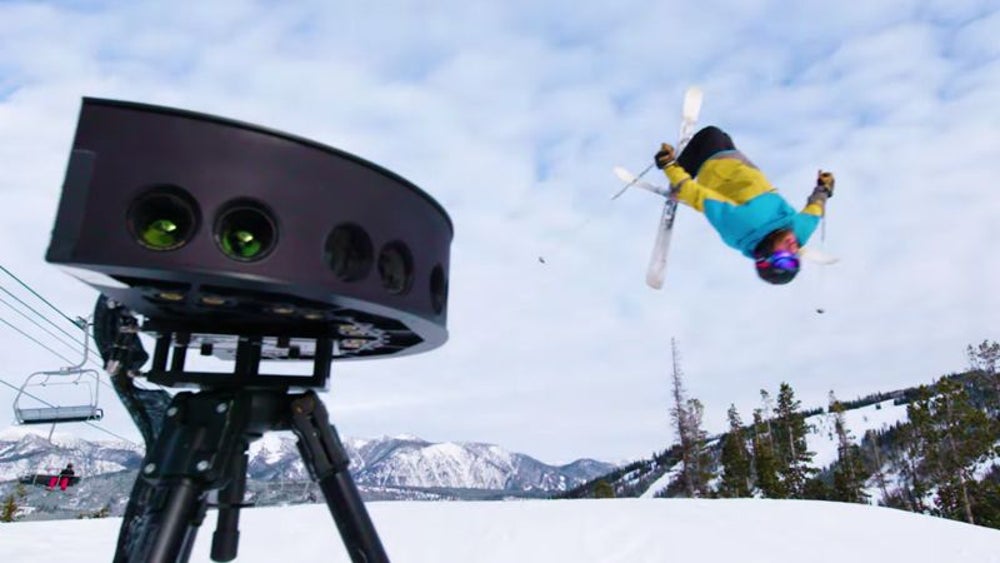 Through 2024, the International Olympic Committee and Intel have a partnership that will include virtual reality live broadcasting, 3D and 360 video, drones (such as for a light show) 5G connectivity and other emerging technologies. The fruits of this partnership are debuting in PyeongChang but are set to evolve throughout future games.

The VR broadcast is a major undertaking that will involve approximately 50 Intel employees on the ground in South Korea to capture Olympic events. Two dozen 180-degree cameras will capture 18 live events in VR (six camera per event) over the course of the games, while the company will shoot 12 additional events with 360-degree cameras. Live VR streams will incorporate all of the usual graphics that appear on televised feeds.

Intel will also edit the VR footage for those who can’t tune into the experience live, according to SportTechie.

Learn more from the video below. 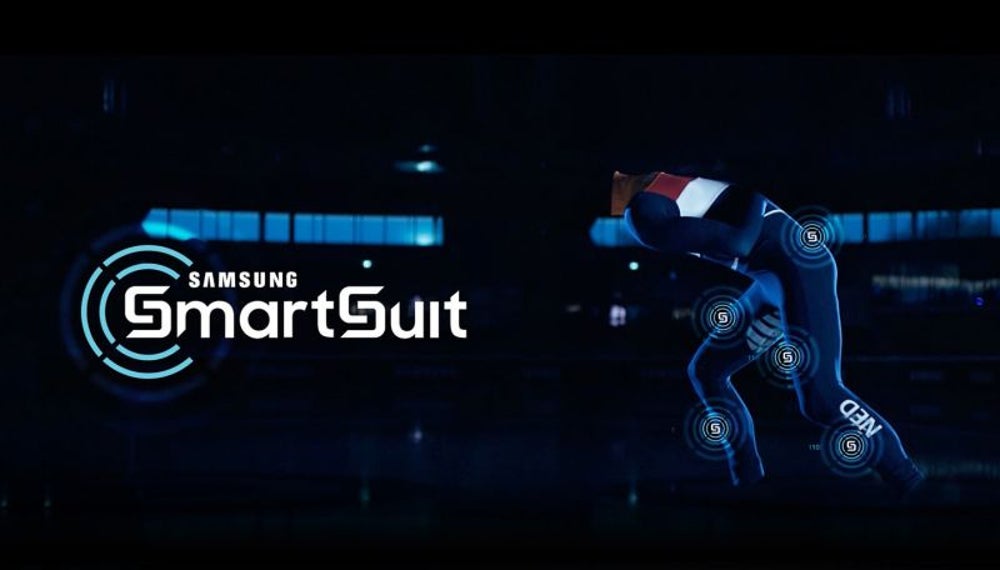 Two Dutch short track speed skaters, Sjinkie Knegt and Suzanne Schulting, used the Samsung SmartSuit to train. Five sensors in each suit gathered data about their performance, and their coach then reviewed the results via a smartphone app that also generated feedback about how the athletes could improve.

Among the data the suit collects are body posture and distance between the skaters' hips and the ice (which has an effect on speed). The suit can deliver vibrations to athletes’ wrists as they skate in the event that they can benefit from a posture adjustment.

Under Armor developed speed skating suits for the actual races. 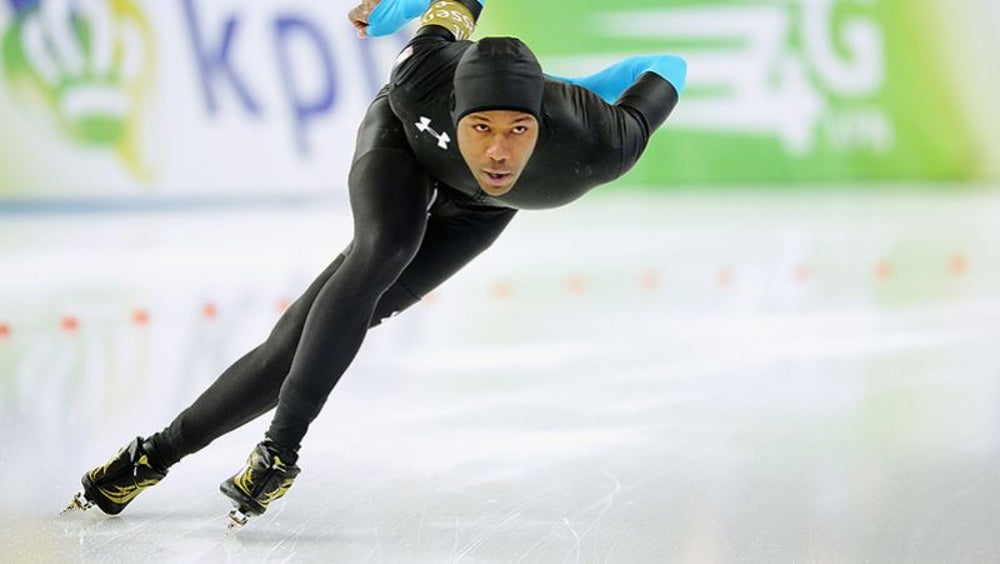 In 2014, many people blamed Under Armour’s Mach 39 suits for the fact that no U.S. speed skaters won medals in Sochi. Midway through the games, in fact, the skaters abandoned the Mach 39 and wore an older model for latter races, The Baltimore Sun reported. But the team didn’t fault Under Armour for their underperformance, and this year, the company is back for another try with a new and improved model.

The stretchy, polyurethane suits have a spandex material on the arms and legs that is surprisingly rough on the surface. The way the material is structured is designed to make it optimally aerodynamic and combat the vacuum that can form as skaters fly across the ice at up to 30 miles per hour. While the Mach 39 had a vent in the back, the new suits do not, but they do have an asymmetrical seam to accommodate the left turns the speed skaters have to make.

The skaters have tested the suits ahead of time and each has been tailored to the individual athlete. The suits have also undergone hundreds of hours of wind tunnel testing, Wired reports. 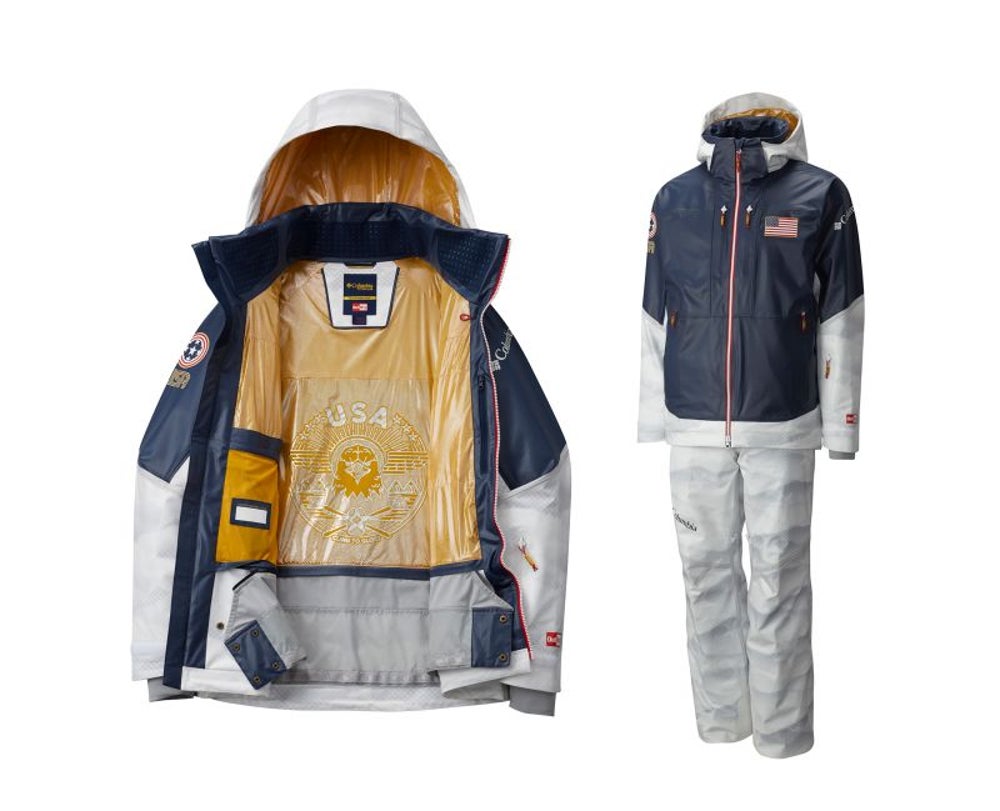 Freestyle skiers from Canada, the U.S., Brazil, Belarus, Kazakhstan and Ukraine will wear uniforms made by Columbia during the Winter Games in PyeongChang, Gear Junkie reports.

The exteriors of some of the uniforms will feature snow camouflage, designed to minimize the appearance of leg movement as skiers encounter bumps, making their performance appear more smooth. (However, the athletes do wear knee markers, and this is taken into account during judging.)

Each uniform also includes an especially stretchy version of Columbia’s waterproof, breathable fabric called OutDry Extreme, as well as the lightweight and flexible Light Rail Zipper that appeared in Sochi. Plus, all of the uniforms are lined with a gold (rather than the traditional silver) Omni-Heat insulation layer to inspire gold medal wins. 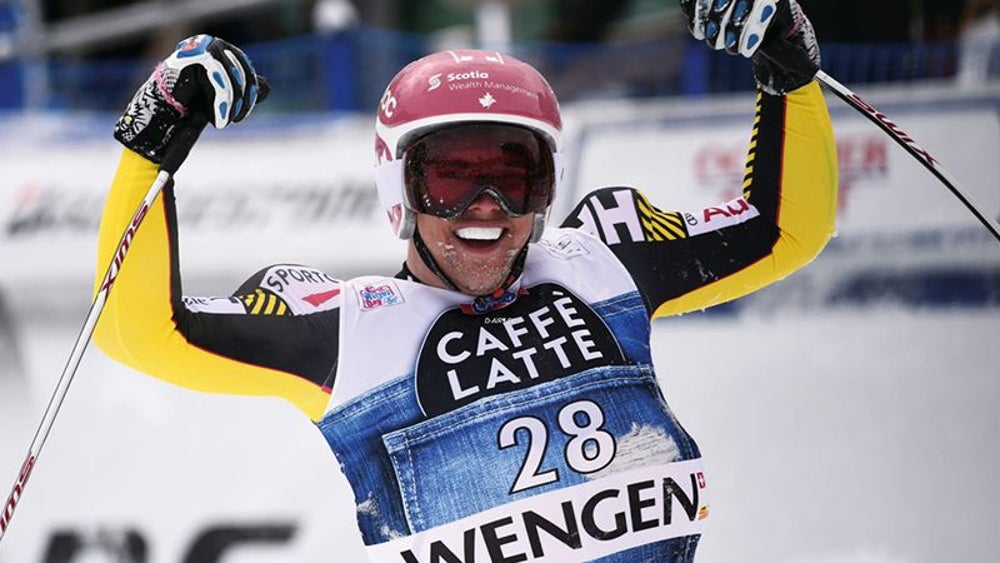 In September 2014, Italian protective sporting gear company Dainese announced its role as the official supplier of safety equipment for the U.S. Ski Team and stated its intentions to continue its development of its D-Air inflatable vest for skiers.

The international governing body of skiing, the Fédération Internationale de Ski, has been working with Dainese on the D-Air inflatable vest for more than a decade, Outside reported in 2015, the same year the vest was first worn by a skier in a race.

Sensors allow the vest to detect when the wearer’s ski pattern is out of control, and the garment can inflate in milliseconds, protecting athletes from severe injuries, according to the company. 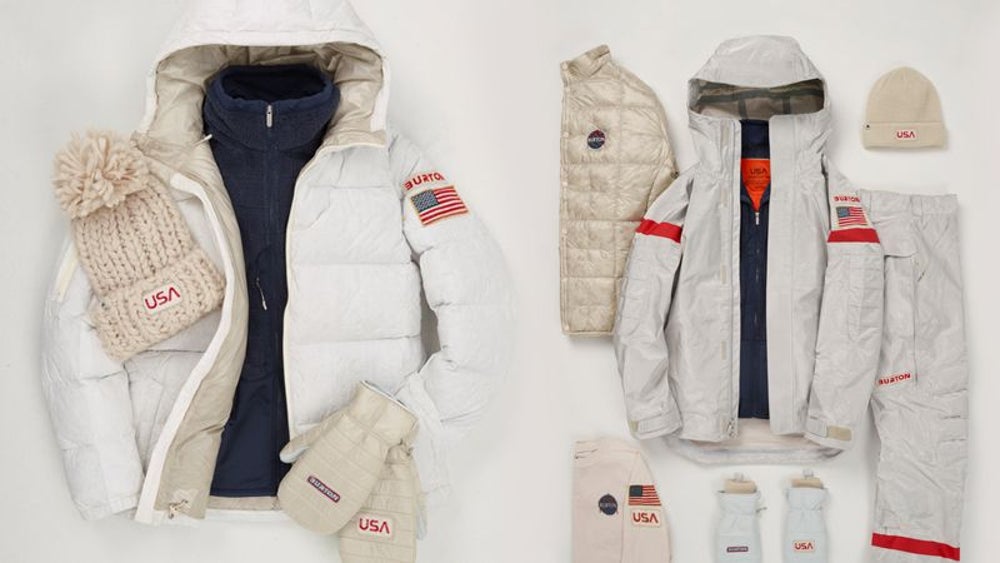 Snowboarding brand Burton in November revealed the results of its fourth consecutive partnership with U.S. Ski & Snowboard to create uniforms for the Olympic Games.

The 2018 garments, which athletes will wear during halfpipe, slopestyle and big air snowboarding competitions, are inspired by the American space program. The pants, which have a “liquid metal” look, are coated in aluminum -- the resulting lightweight fabric is typically used for audio equipment, but Burton has adapted it for snowboarding on a sunny or snowy day. The material reflects not only light, but sound as well.

A puffy white down one-piece suit as well as a jacket are inspired by the moonwalk suit from the 1960s and made from Dyneema, the world’s strongest fiber, according to Burton. They’re complete with American flag and “USA” patches, as well as stitched Korean translations of phrases such as “Do you speak English?” and “Wish me luck!”

Uniform accessories include leather mittens, fleece gloves and beanies, along with “international orange” wool base layers (a color used by the American space program).

“I have always loved the astronauts' suits, because not only do they have such a cool and amazing aesthetic, they also were designed to function under the most extreme conditions,”  said Greg Dacyshyn, head designer of Burton's Olympic uniform program, in a press release.

Visa made gloves that let people pay for things. 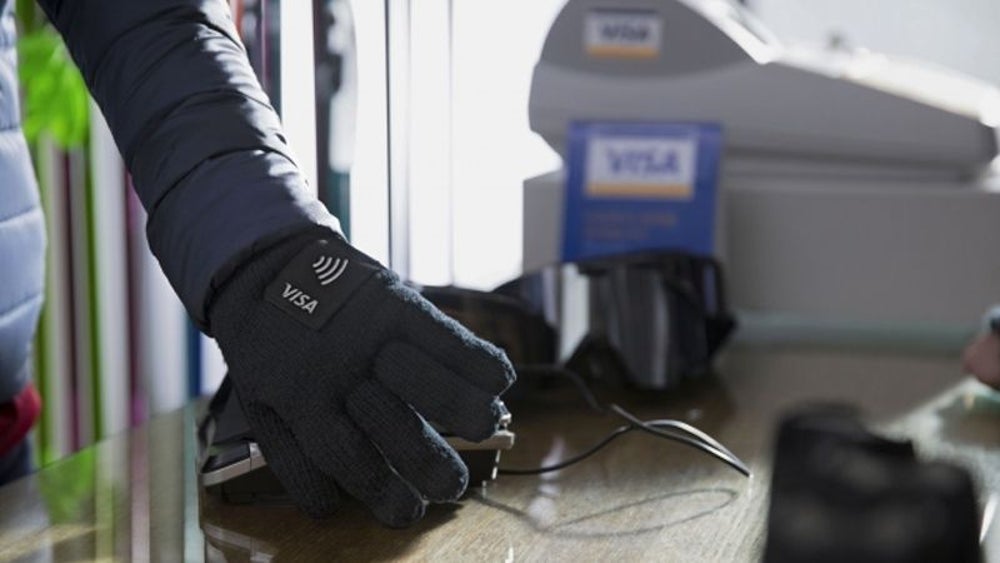 In Rio during the 2016 Summer Olympics, Visa issued special rings to athletes, with embedded tech that allowed them to pay for things by waving a hand over a corresponding terminal. Now in PyeongChang, those bundled up to guard against below-freezing temperatures will be able to buy souvenirs without even taking off a pair of gloves -- the newest wearable technology from the payments company.

Other wearable payment options from Visa will include a commemorative Olympic lapel pin and even a flexible sticker, both with near-field communication technology incorporated.