For his birthday, check out these Shaq quotes.
Next Article

One of the NBA’s greatest players of all time Shaquille O’Neal, or as most people know him “Shaq,” can teach you a number of lessons in hard work, motivation, leadership and more from his nearly decade-long basketball career. In fact, even after his retirement in 2011, Shaq’s gone on to be a major face in sports broadcasting and business.

Attending Louisiana State University for basketball, by his junior year in 1992, Shaq dropped out of school to pursue a career in the NBA on the Orlando Magic. In his first week, Shaq became the first NBA player in history to be named “Player of the Week” in such a short amount of time. And it wasn’t long after that Shaq quickly impressed the world and shook up professional basketball forever. In 1996, Shaq signed the biggest contract in NBA history: $120 million to play on the Los Angeles Lakers for seven years.

After retiring, Shaq earned his PhD in education in 2012 and today, the basketball giant works as an NBA sports analyst and has had much entrepreneurial success, owning a number of Five Guys and 24 Hour Fitness franchises, investing in Google before it went public and launching his own residential and commercial real-estate firm The O’Neal Group. Suffice to say, Shaq’s accomplishments are many and they got beyond the basketball court. 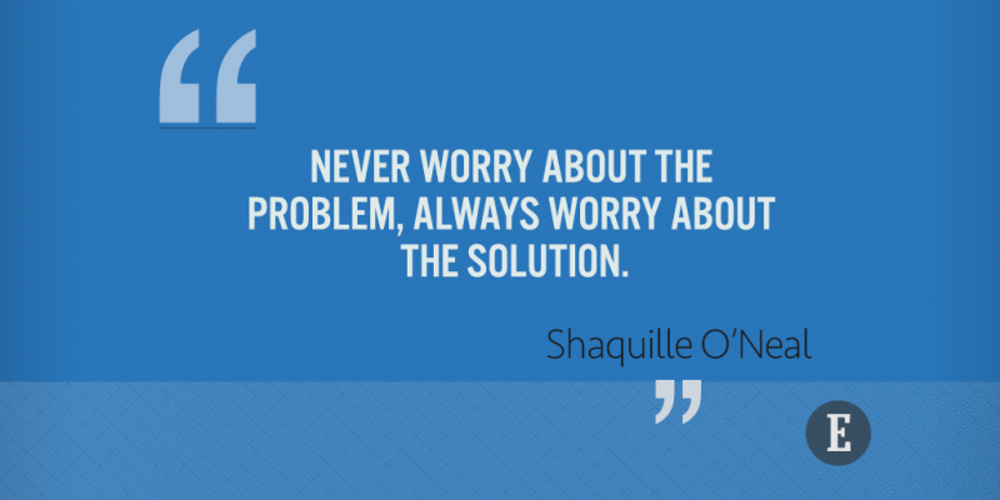 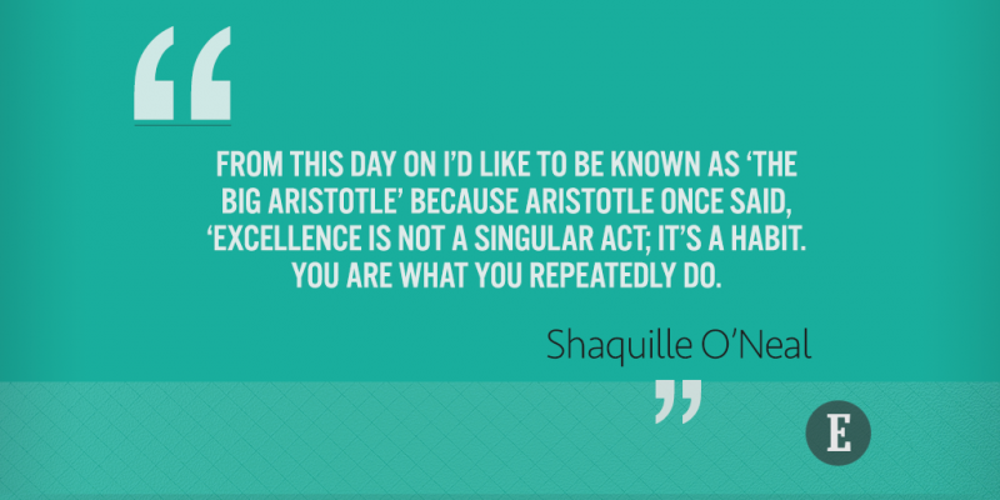 Image credit: Entrepreneur
"From this day on I’d like to be known as ‘The Big Aristotle’ because Aristotle once said, ‘Excellence is not a singular act; it’s a habit. You are what you repeatedly do.’” -- Shaquille O’Neal 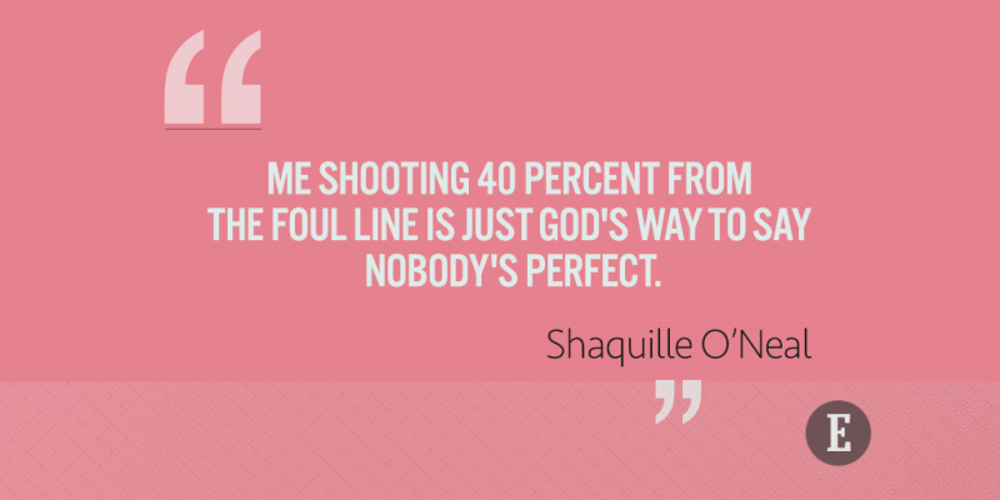 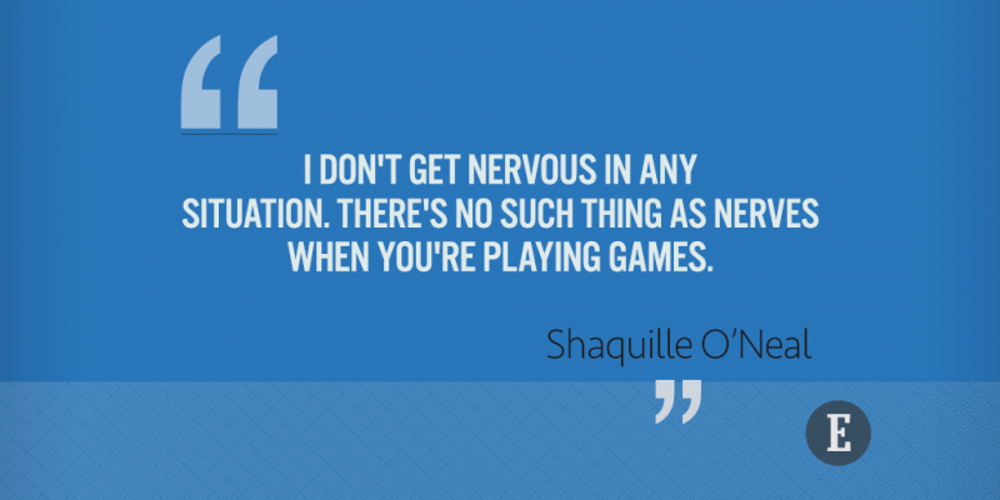 Image credit: Entrepreneur
“I don't get nervous in any situation. There's no such thing as nerves when you're playing games.” -- Shaquille O’Neal 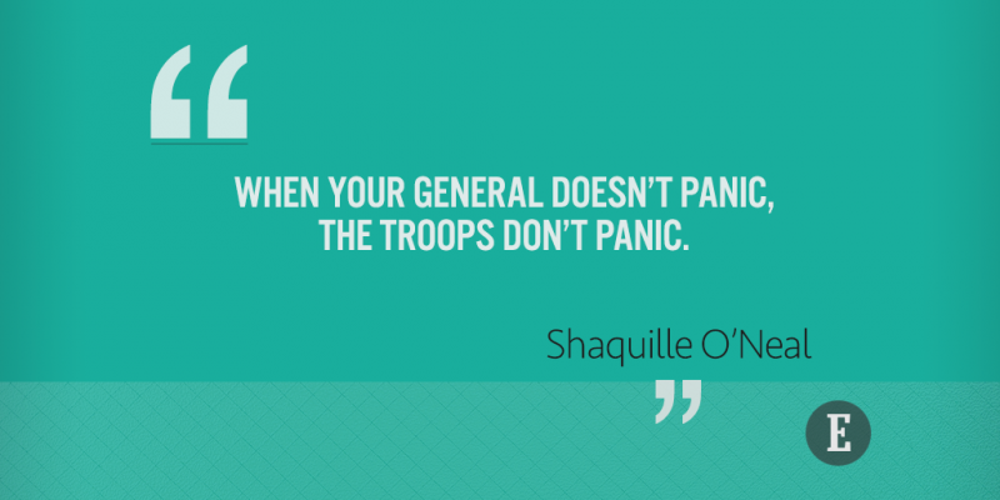 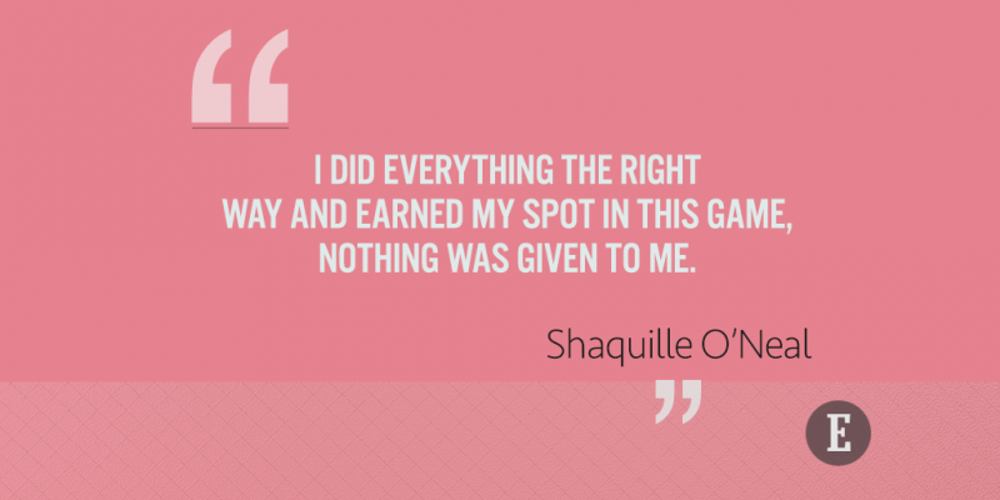 Image credit: Entrepreneur
"I did everything the right way and earned my spot in this game, nothing was given to me." -- Shaquille O'Neal 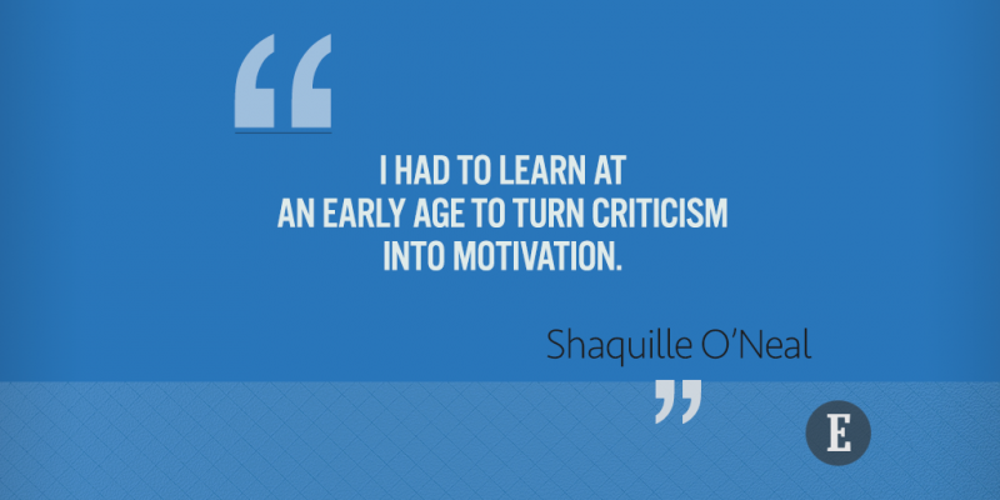 “I had to learn at an early age to turn criticism into motivation.” -- Shaquille O’Neal 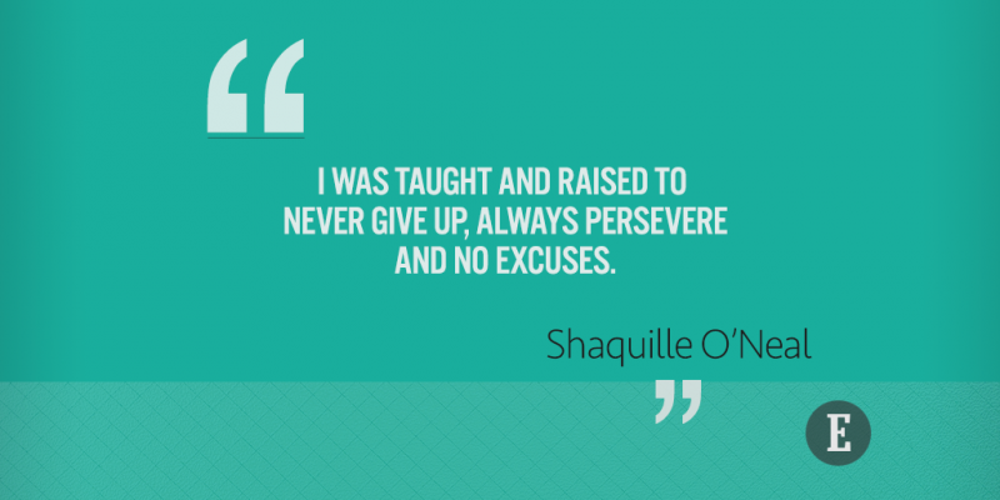 Image credit: Entrepreneur
“I was taught and raised to never give up, always persevere and no excuses.” -- Shaquille O’Neal 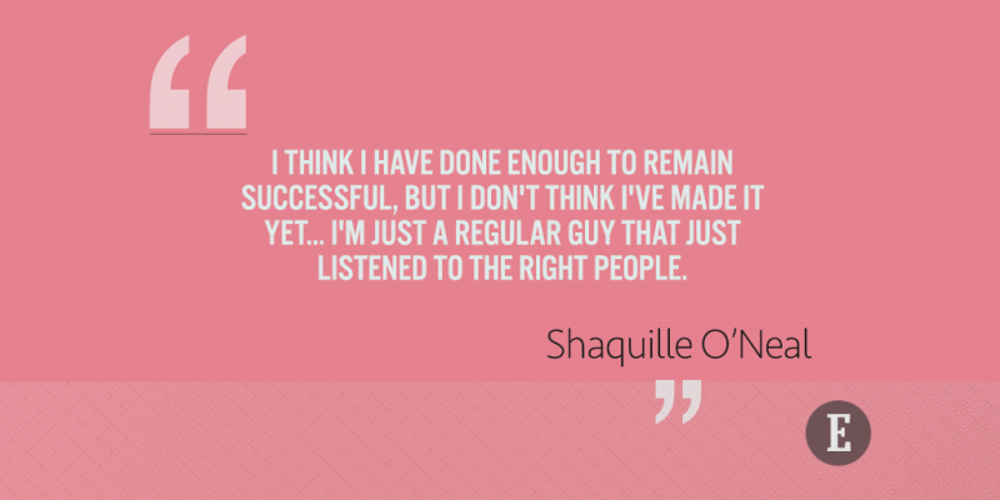 Image credit: Entrepreneur
“I think I have done enough to remain successful, but I don't think I've made it yet… I'm just a regular guy that just listened to the right people.” -- Shaquille O’Neal
More from Entrepreneur