10 Working Women Pioneers Who Changed the World for Good

From Mary Tyler Moore to Shirley Chisholm, take a look at these trailblazing female voices.
Next Article

There's a long road ahead of us when it comes to achieving gender equality. Thankfully, with the help of influential women, progress has been made.

Related: The Top Challenges Faced by Women in Business in 2018 (Infographic)

In fact, without many of these women and iconic figures, our rights to enter the workforce, earn equal pay and even run for office could have been at stake today. From Eleanor Roosevelt's reshaping of the role of first lady to Shirley Chisholm becoming the first black woman elected to U.S. Congress, here are 10 working women pioneers who changed the world for good. 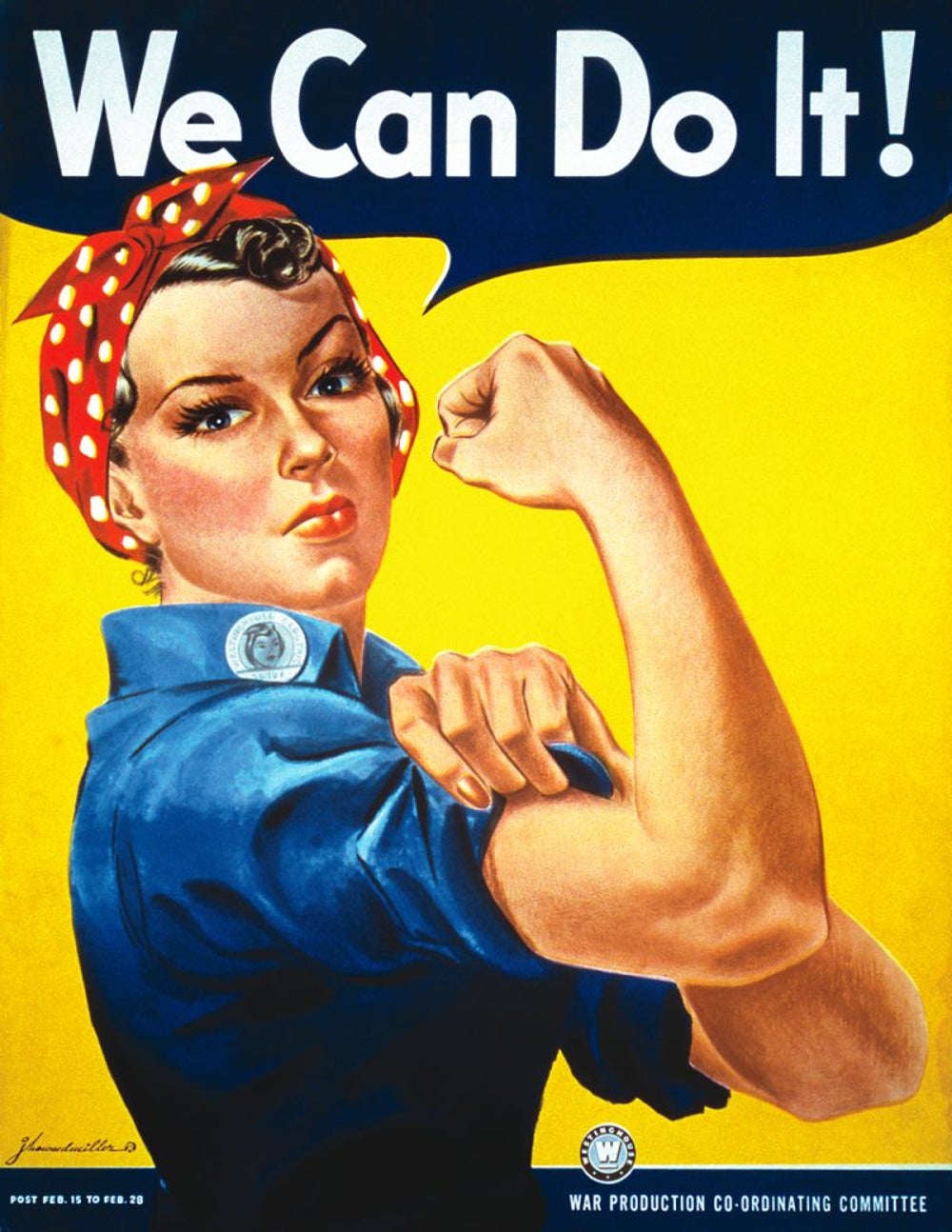 Image credit: Westinghouse | Wikimedia
During World War II, Rosie the Riveter became the iconic image of working women. During a time when women were primarily seen as housewives, she represented female strength and resilience as women rose up and joined the labor force as men were shipped off to war. From manufacturing to aviation, working women played a major role during the war and the female workforce grew 50 percent between 1940 and 1945. Naomi Parker Fraley, the real woman who Rosie was based on, recently died at the age of 96. 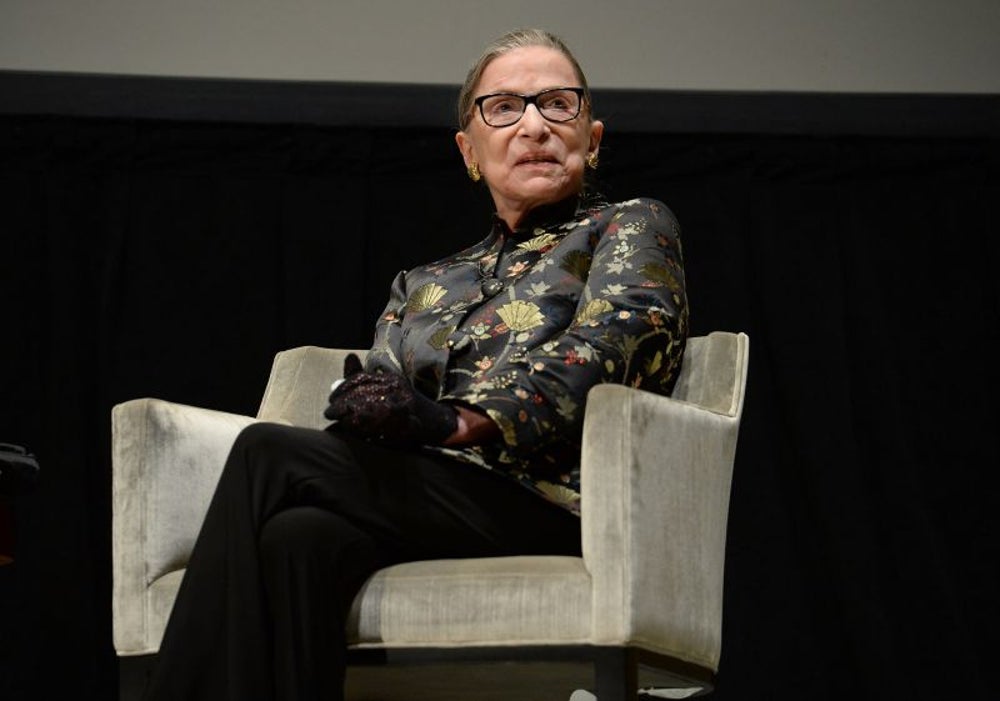 Image credit: Michael Kovac | Getty Images
Ruth Bader Ginsburg is the second female justice to ever be confirmed to the Supreme Court. Bader Ginsburg was appointed associate justice by Bill Clinton in 1993, and before that judge of the U.S. Court of Appeals for the District of Columbia Circuit by Jimmy Carter in 1980. However, Bader Ginsburg's accomplishments go beyond the courtroom. Throughout her career, Bader Ginsburg has been recognized as a major voice and advocate for gender equality and women's rights. She's worked as a volunteer lawyer for the ACLU, launched the ACLU's Women's Rights Project, became the first Supreme Court Justice to officiate a same-sex marriage and has received some of the country's highest awards including induction into the Women's National Hall of Fame, the American Bar Association's ABA medal and named seven times on Forbes' 100 Most Powerful Women list. 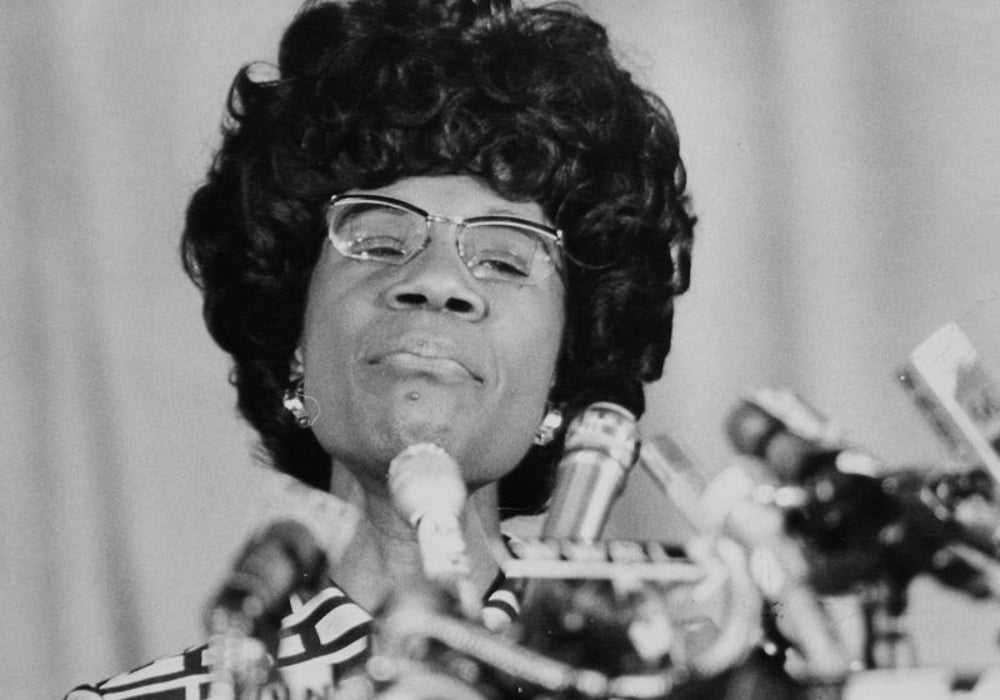 Politician, teacher and author Shirley Chisholm was the first black woman elected to U.S. Congress as well as the first woman to run for the Democratic Party's presidential nomination. Born and raised in Brooklyn, Chisholm worked for and ran various schools and daycares throughout Brooklyn and Manhattan until getting into politics. Joining the League of Women Voters, the National Association for the Advancement of Colored People (NAACP), the Urban League and the Democratic Party Club in Bedford-Stuyvesant, Brooklyn, Chisholm eventually made her way to becoming a member of the New York State Assembly. Throughout her career and during her seven terms in the U.S. House of Representatives, Chisholm became a major advocate for women, minorities, early education and child welfare. 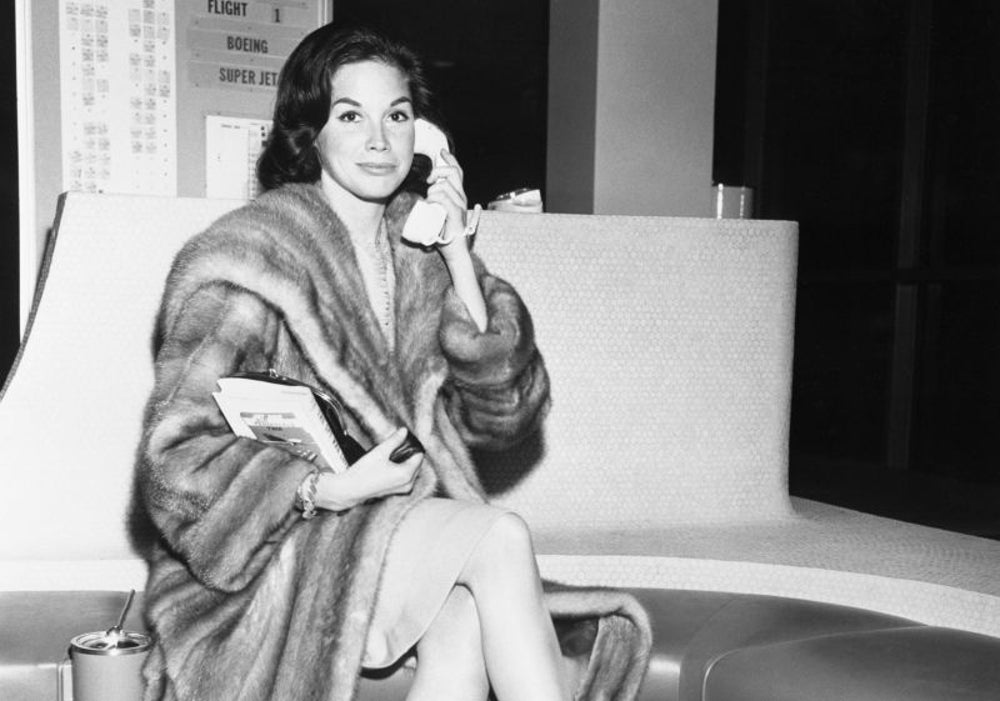 Image credit: Bettmann | Getty Images
Mary Tyler Moore is recognized for starring in roles that pushed gender norms and combatted female stereotypes of the 1960s, '70s and '80s. After her breakout role in The Dick Van Dyke Show, which landed her two Emmys, Moore went on to star in her own hit show The Mary Tyler Moore Show. Playing a television producer named Mary Richards, The Mary Tyler Moore Show rebelled against gender norms of the 1970s and shed light on the idea of not only women in the workplace but successful female industry leaders. The show gained major recognition and Moore won several awards for her performance. Later starring in several successful films and even receiving a Best Actress Oscar nomination for her performance in Ordinary People, Moore's social, political and professional achievements are extensive and impressive. 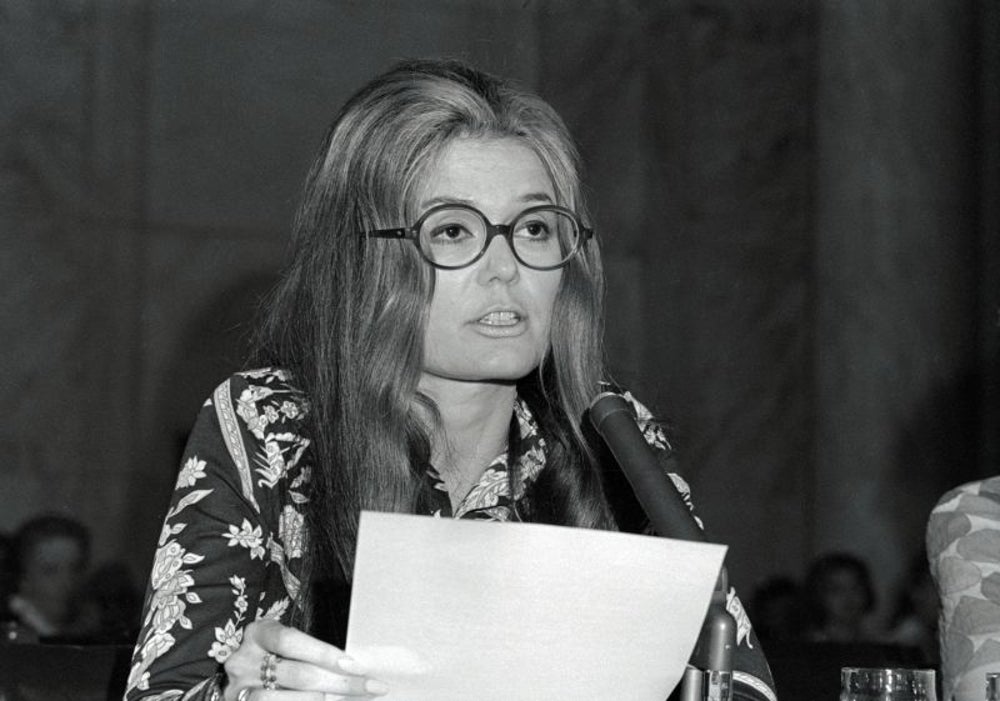 Image credit: Bettmann | Getty Images
Even in her 80s, Gloria Steinem continues to fight the long-winded battle of gender equality. Feminist, journalist, activist and lecturer Steinem is most recognized as the leading voice for the feminist movement in the 1960s and '70s. Steinem established herself as a freelancer for Esquire, The New York Times and various women's publications, and co-founding Ms. Magazine and New York Magazine. While writing, Steinem also focused her efforts on political activism and throughout her career found and co-founded various nonprofits, foundations and initiatives, including the Women's Action Alliance, the National Women's Political Caucus, Women's Media Center, Choice USA, Ms. Foundation for Women and Take Our Daughters to Work Day. She's won various awards for both her editorial and political efforts, including an Emmy for television writing, a Lifetime Achievement Award in Journalism and a Presidential Medal of Freedom from President Barack Obama. 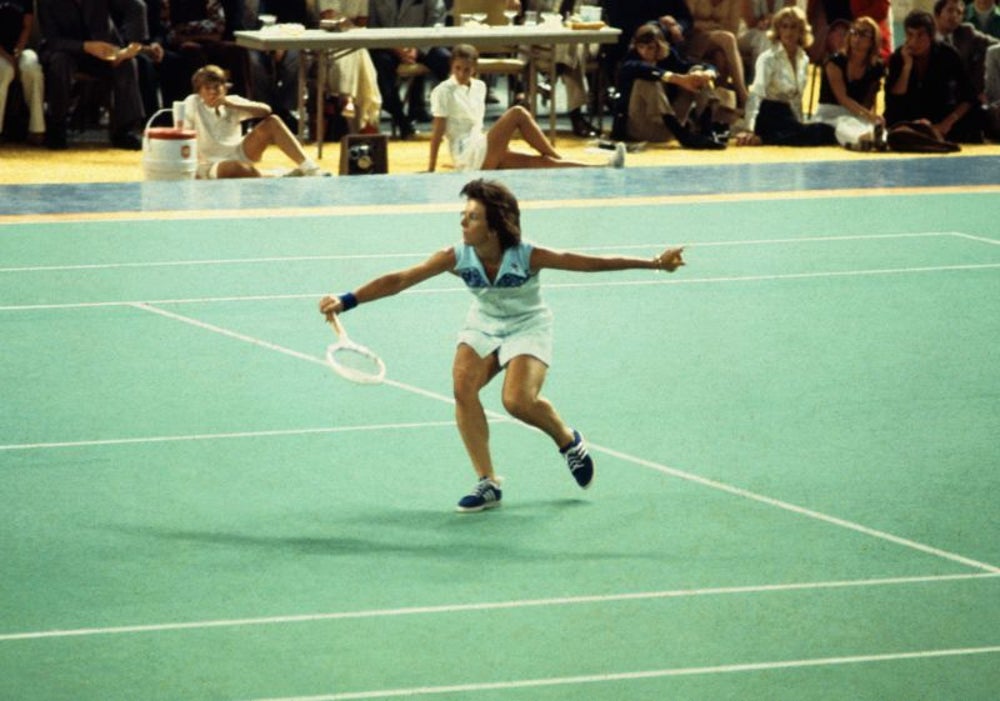 Image credit: Bettmann | Getty Images
One of the greatest tennis players of all time, Billie Jean King was not only an amazing athlete but a voice for women and gender equality. On top of being a six-time number-one world-ranking tennis player and winning 39 total Grand Slam titles, King also founded the Women's Tennis Association and Women's Sports Foundation. From being named Time's Person of the Year to being inducted into the National Women's Hall of Fame and receiving the Presidential Medal of Freedom from President Barack Obama, King used her fame as a tennis player to bring light to gender inequality in sports. 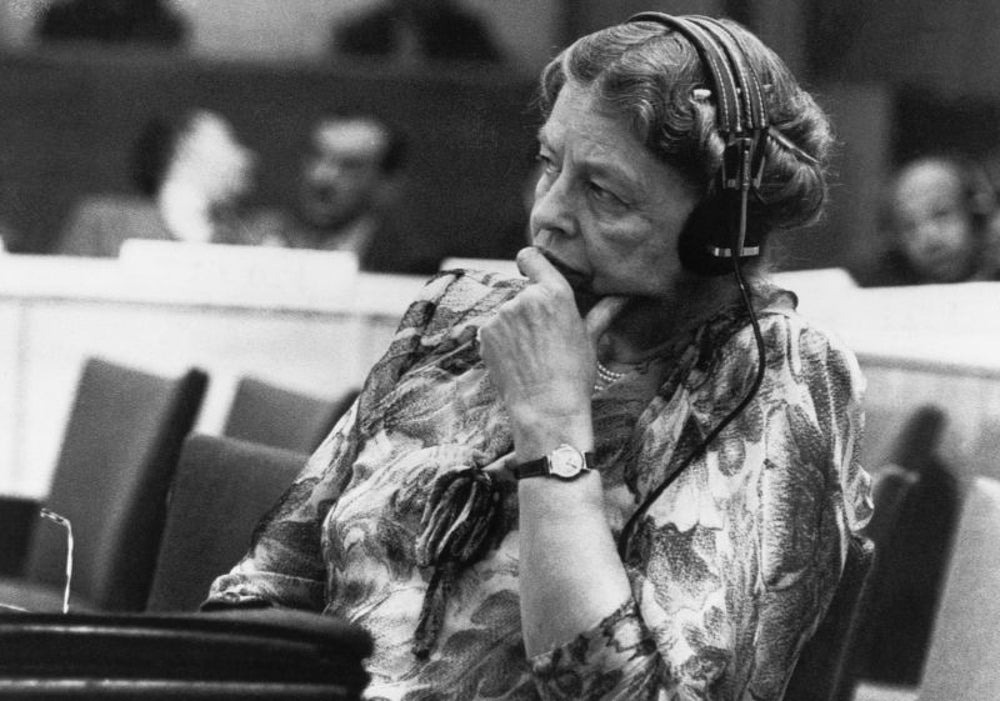 Eleanor Roosevelt was the first First Lady to step out of her husband's shadow and actively participate in politics, ultimately reshaping the role of First Lady altogether. She was a major advocate for human and women's rights, working with the League of Women Voters, Women's Trade Union League and the International Congress of Working Women and writing about gender equality in her newspaper column, "My Day." After her husband Franklin D. Roosevelt passed away, Eleanor Roosevelt continued her work in public service as a delegate to the United Nations General Assembly and later chair of the U.N.'s Human Rights Commission under President Harry Truman. When John F. Kennedy took office, he named her to the National Advisory Committee of the Peace Corps and as chair of the President's Commission on the Status of Women.

Related: These Female Entrepreneurs Created a Fake Male Co-Founder to Work Around Sexism. How Well It Worked Is Incredibly Eye Opening. 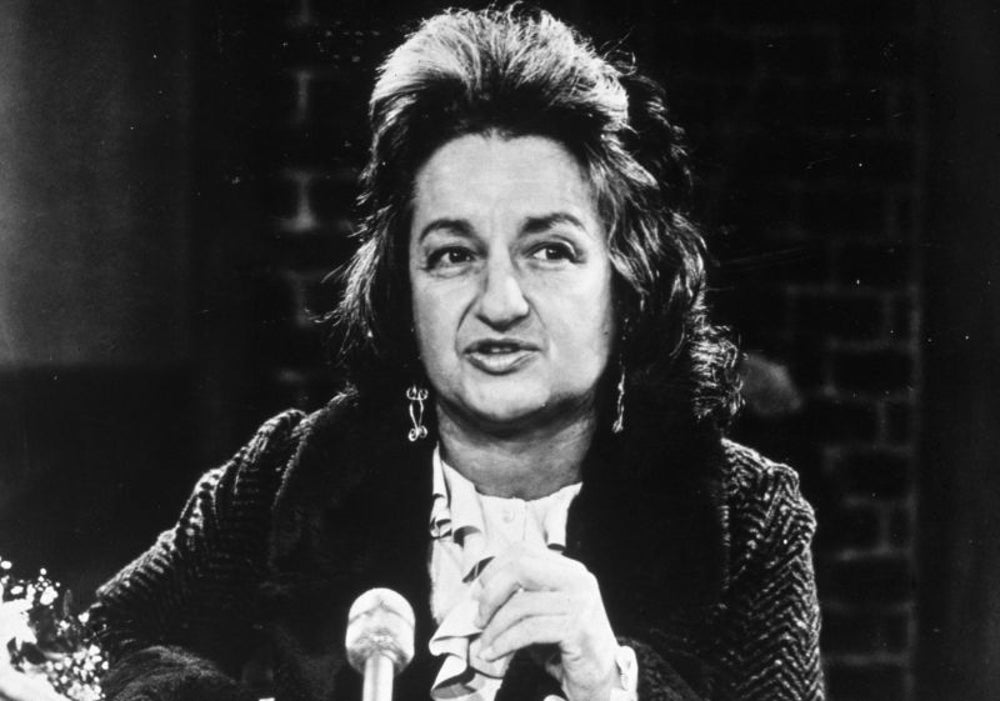 Image credit: B. Friedan | Getty Images
Journalist and women's rights activist Betty Friedan is most notably recognized for her 1963 best-selling book, The Feminine Mystique, which is credited for helping spark widespread activism for gender equality in the 1960s and '70s. In 1966, she co-founded the National Organization for Women (NOW). Friedan is also credited for organizing and leading the Women's Strike for Equality, helping found the National Abortion Rights Action League (today NARAL Pro-choice America) and in 1971, with Gloria Steinem, Shirley Chisholm and other leading activists of this time, helping launch National Women's Political Caucus. Throughout her lifetime, Friedan published a number of books and won various awards, including the Humanist of the Year Award. 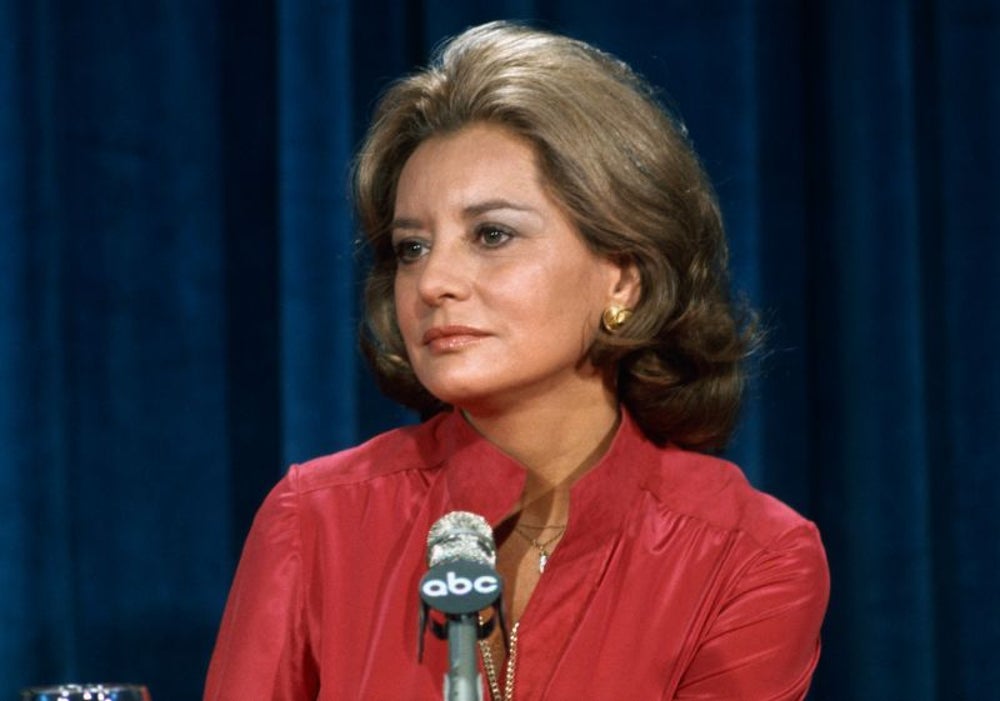 Image credit: Bettmann | Getty Images
While Barbara Walters' efforts weren't necessarily aimed at political and social activism, she nonetheless had a major impact on working women. As the first female co-host of a news show, she changed the scope for all women in broadcasting -- and beyond. Working for various networks and also producing various shows, her work extends to both in front and behind the camera. She's received various awards including multiple Emmys for her work on The View, which she also produced. 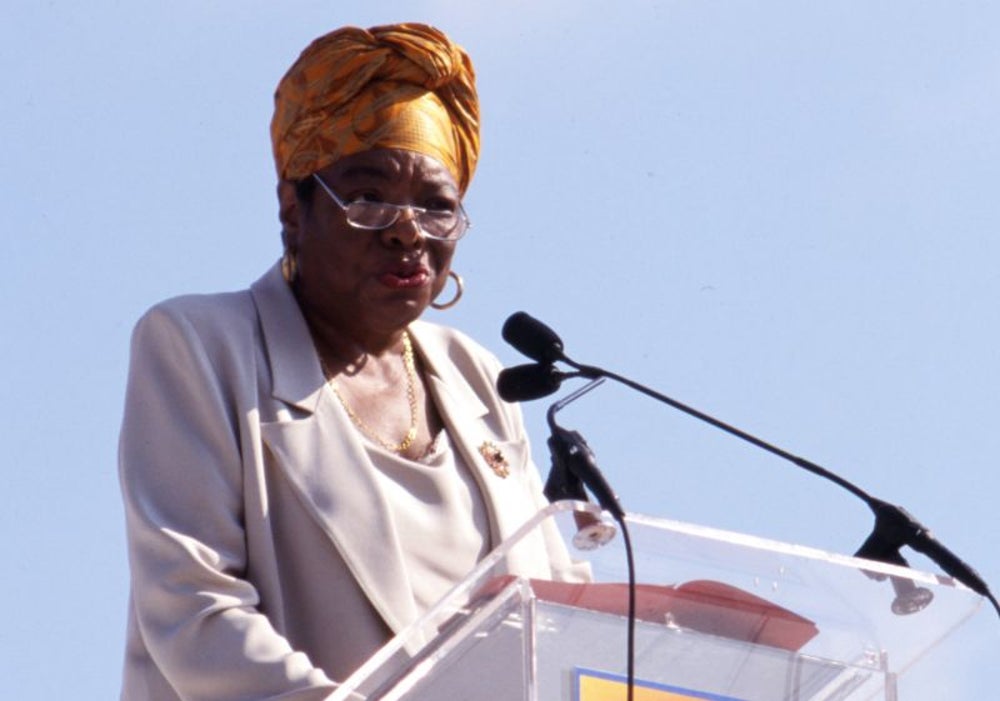 Image credit: Walter McBride | Getty Images
Author, poet, playwright, dancer, singer and civil rights activist are only a few of the titles that Maya Angelou successfully carries. Sharing her personal life and hardships with the rest of the world through memoirs, poetry and various books, Angelou has become one of the most successful writers of our time. In addition, she was the coordinator for the Southern Christian Leadership Conference, appointed by Martin Luther King Jr., a journalist in Egypt and Ghana in the 1960s and even the first black female director in Hollywood. Recognized for her achievements, all of Angelou's work has been focused on justice and racial and gender equality. She was appointed to the Commission for International Woman of the Year by Jimmy Carter, received a National Medal of Arts in 2000 and a Presidential Medal of Freedom by President Obama in 2010.
Join The Newsletter
Close
Subscribe to our email list and be in the know
Thank You
For Subscribing To