Aside from the occasional indulgence, most financially successful people keep a close eye on their budgets and bank balances.
Next Article

Aside from the occasional indulgence, most financially successful people keep a close eye on their budgets and bank balances. They rarely waste money on goods and services that don't offer much in return.

See below for which items to cut from your budget and get expert tips on how to manage your money better. 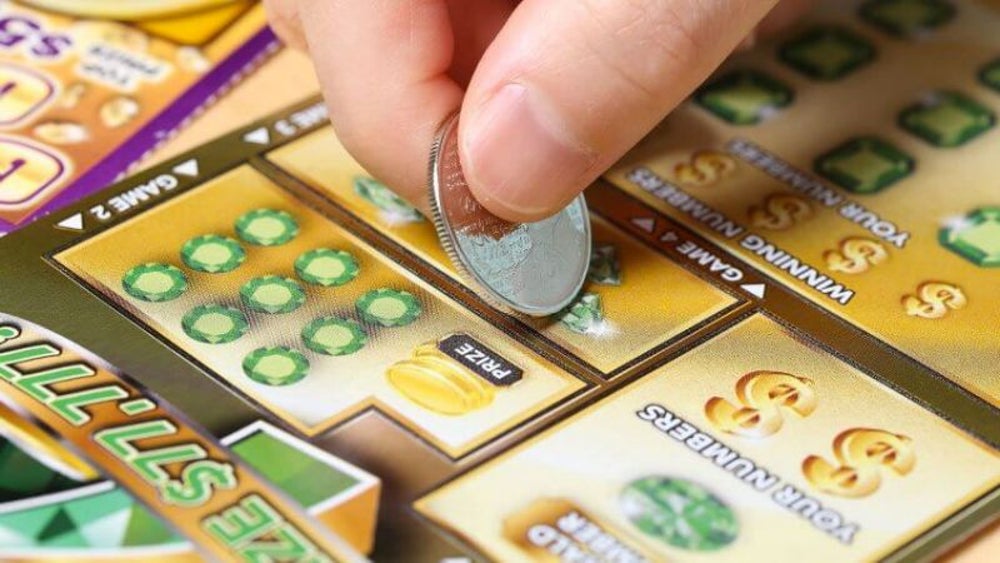 If you truly want to strike it rich, don't play the lottery. This is a sure way to burn money fast -- and rich habits simply don't include a weekly stop at the convenience store lotto line. Your chance of winning the Powerball grand prize is about one in 292 million. Those odds are not in your favor.

Take a look at the math: A Powerball ticket costs $2. That might not seem like much, but if you play twice a week for a year -- and buy two tickets each time -- you'll have flushed more than $400 down the drain.

Don't waste your hard-earned money on chance when you can put it toward wealth-building goals, such as retirement or college tuition. Invest the same $416 each year, getting just a 5 percent return, and over 30 years you'll have $28,055. 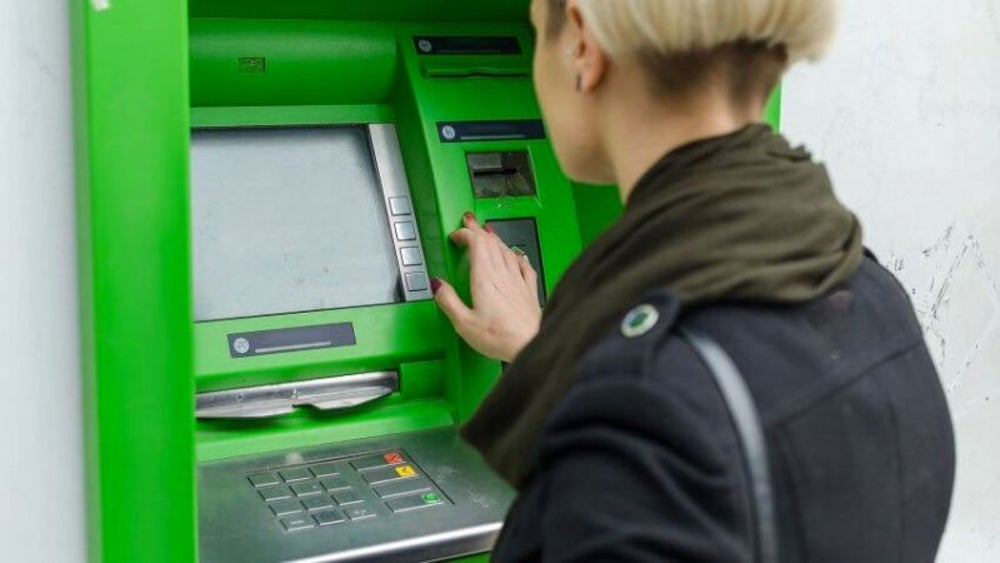 Image credit: etoncy / Shutterstock.com
If you're always paying bank fees, you might as well just flush your dollar bills down the toilet. Successful, rich people are much too money savvy to waste precious dollars on fees that can often be avoided.

Like many businesses, banks charge fees for their services. For instance, many banks require monthly maintenance fees for certain accounts. And America's three largest banks -- JPMorgan Chase, Bank of America and Wells Fargo -- earned more than $6.4 billion in 2016 from ATM and overdraft fees alone, according to a CNNMoney analysis.

The easiest way to avoid these fees? Play by the banks' rules. For example, Bank of America's Core Checking account charges a $12 monthly fee. But you can get the fee waived if you meet one of the several requirements, such as maintaining a specific average daily balance or arranging at least one direct deposit that exceeds a set minimum. 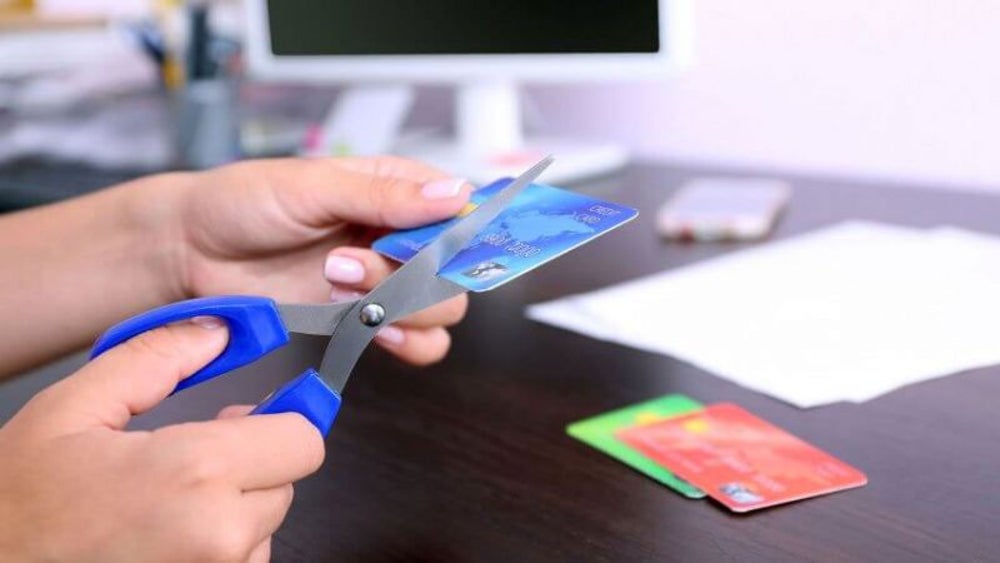 A credit card can be similar to eating from a tub of ice cream. You might feel a little guilty for overindulging afterward, but it's just too convenient. Sure, it's easy to swipe the plastic -- but you won't catch wealthy people accruing high credit card interest. They know it's a waste of money.

To avoid accruing interest, only buy what you know you can pay for when your statement comes. If you are carrying a balance, transfer or consolidate your debt to a credit card with a zero percent introductory APR. Just be sure to pay off your balance before the promotional period ends. 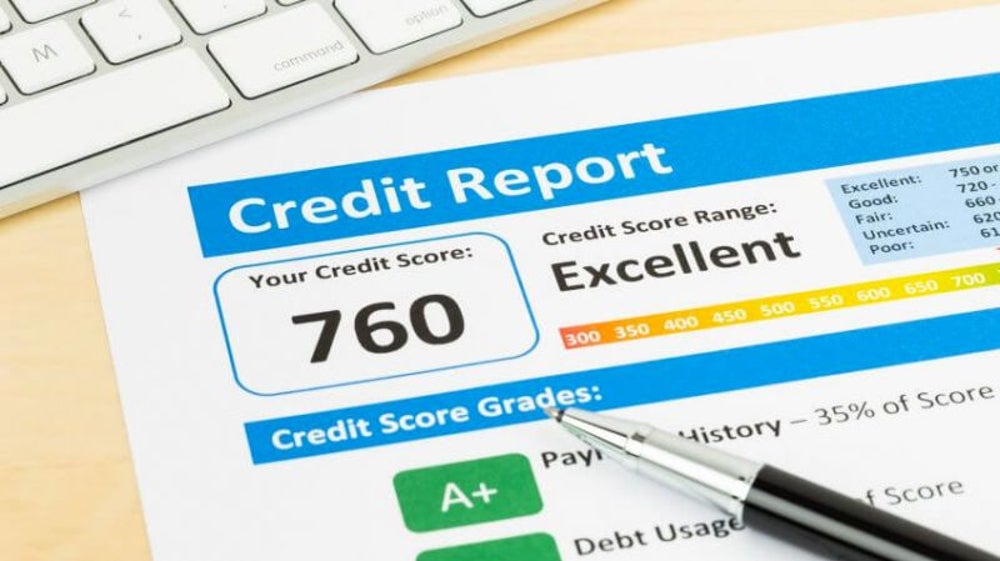 Related: 12 Essential Money Tips for Every Phase of Your Financial Life

Credit scores play a leading role in determining your interest rate for auto loans, mortgages and more. Just by having a higher credit score, you can save hundreds or thousands of dollars in interest over the life of a loan. People with substandard scores, however, might not be able to land loans at all.

Financially successful people keep their credit reports pristine by paying bills on time, keeping debt levels low and fixing mistakes on their credit reports. And if you already have a decent credit history, but carry a balance on some credit card accounts, consider calling card issuers to request a higher credit limit. A higher limit will reduce your credit utilization rate -- the percentage of available credit you are using -- and could boost your score.

While you're on the phone, it can't hurt to ask for a rate reduction. The lower your interest rate, the faster you can blast balances. 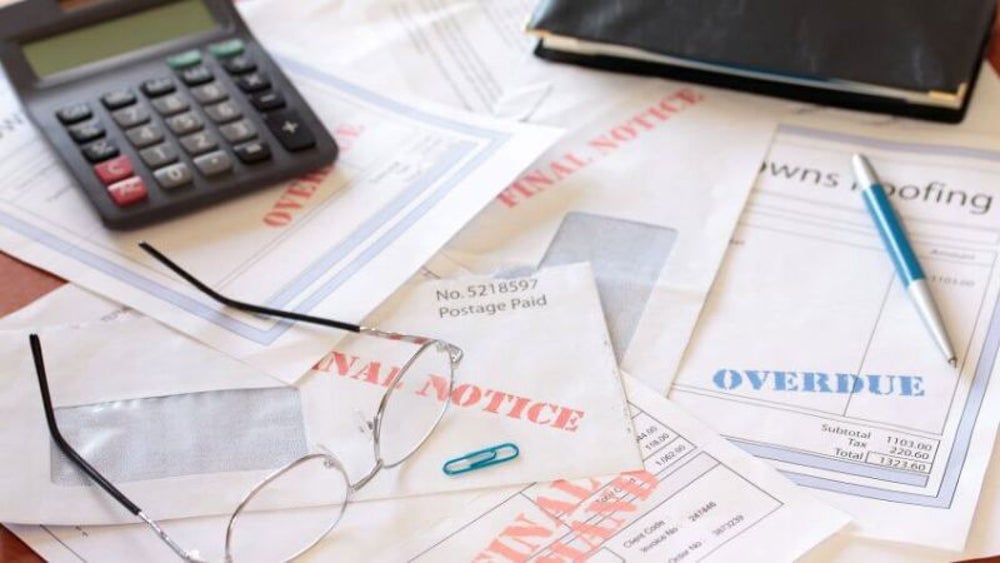 Successful people don't get saddled with late fees that can chip away at their bank balances and credit scores. In 2016, credit card companies raked in $12 billion in penalty payments, including late fees, according to R.K. Hammer data as reported by The Motley Fool. Paying late can even cost people who pay off their balances every month. Just about every other monthly bill carries its own procrastination penalty as well.

Savvy spenders avoid late fees by automating everything. If you've ever asked yourself, "How can I get rich?" -- automating your payments so you don't get hit with high fees and penalty rates can help you hold on to more of your money. 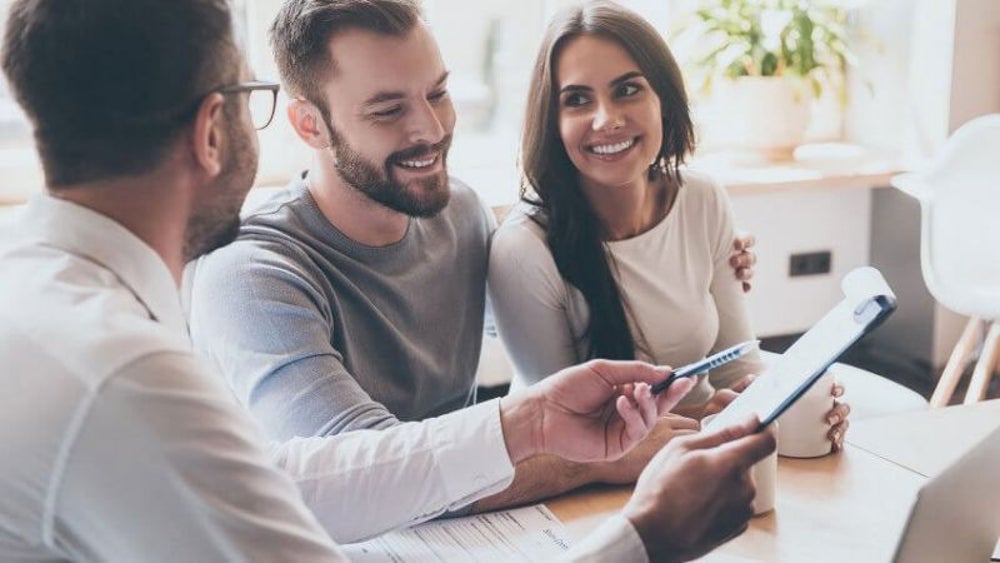 Somewhere along the line -- say, if you bought a new 4K TV -- you were probably asked, "Would you like to purchase an extended warranty?" But according to Consumer Reports, a financially successful person has a simple answer to that question: "no."

So, what do rich people do? Their research -- and you should follow their lead. For instance, check your manufacturer's warranty before saying yes to an extended warranty. You might have more coverage than you initially thought.

Also, compare the cost of potential repairs versus the extended warranty. You'd typically be better off putting aside the money you'd spend on a souped-up warranty to cover future repairs yourself, according to Consumer Reports. So the next time a salesperson tries to sell you on that extended warranty, shut the conversation down fast. 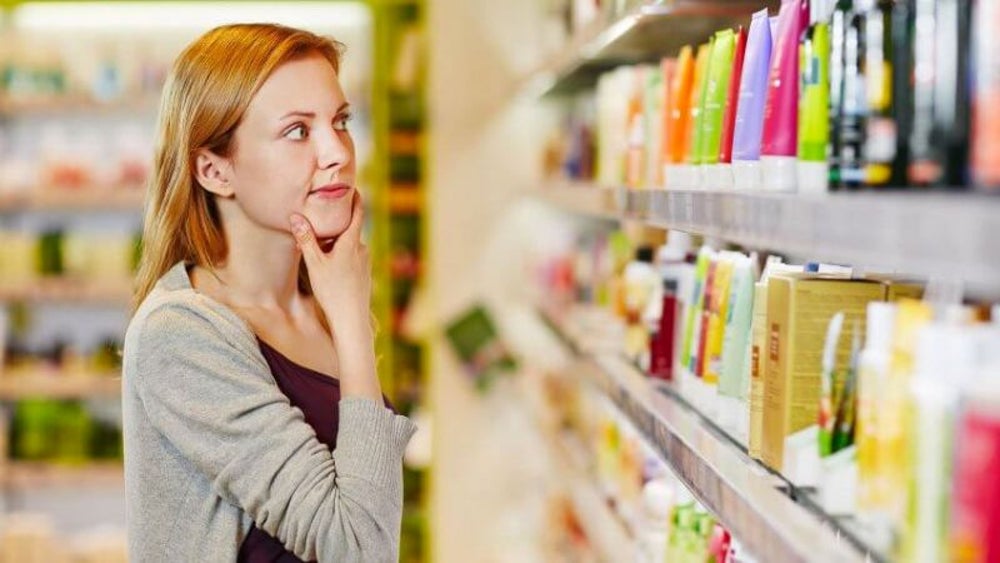 Have you gone into a store intending to purchase one thing but come out with a cart full of stuff? Maybe it was BOGO at the grocery store, so you snagged a few extra items. Or perhaps it was a flash sale on your favorite clothing website and you bought designer shoes. Whatever the case might be, this isn't a shopping practice for the wealthy.

Successful people are planners, and impulse purchases tend not to mesh with this quality. If you want to emulate their behavior, be much more cautious with your money, said Leslie Tayne, author of Life and Debt. Tayne suggested going cash-only to curb your spending.

"Use the envelope system, bringing with you only a predetermined amount of money to spend at each store," she said. "This approach will help you stay on budget and curb any habits you might ordinarily have in impulse buying and overspending." 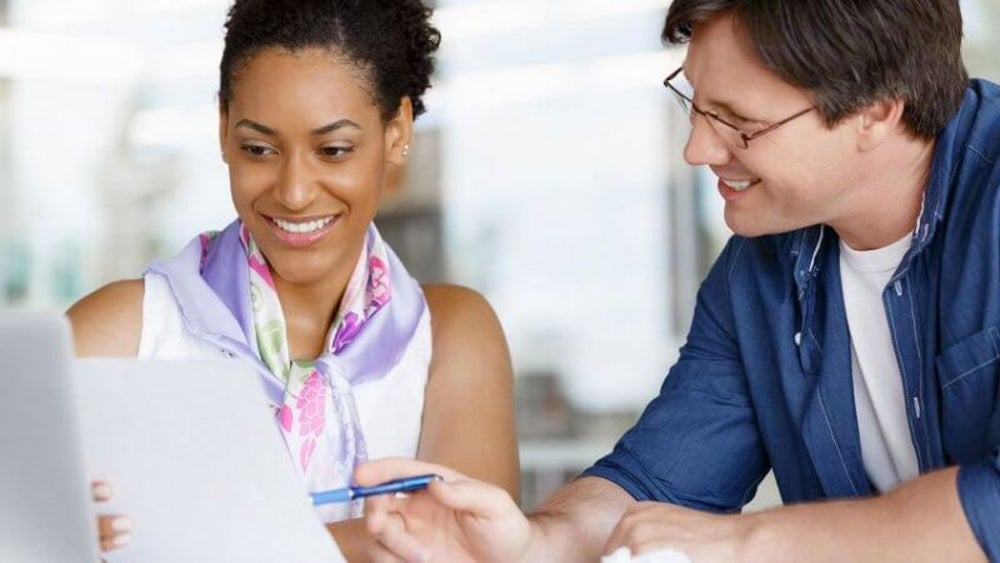 Do you like stashing cash in savings because it's secure and you can pull out money on a whim? Would you like to see more than pennies on your interest? If you answered "yes" to both, change your strategy to truly emulate a financial mogul.

You can find high-yield savings accounts by looking beyond traditional brick-and-mortar banks. Online banks, for example, frequently offer the highest return rates because they have no or lower overhead costs. Credit unions also offer attractive rates. In fact, a GOBankingRates survey found the best savings account rates in the country tend to be at credit unions, where some rates top 7 percent APY.

If you're looking to boost your wealth by making wise decisions with money, explore your online savings account options. Furthermore, automating works as a smart savings strategy. David Bach, the author of The Automatic Millionaire, suggested diverting dollars directly to your high-interest savings account before you even see it. That way, you won't have the opportunity to second-guess or sabotage your savings plan. 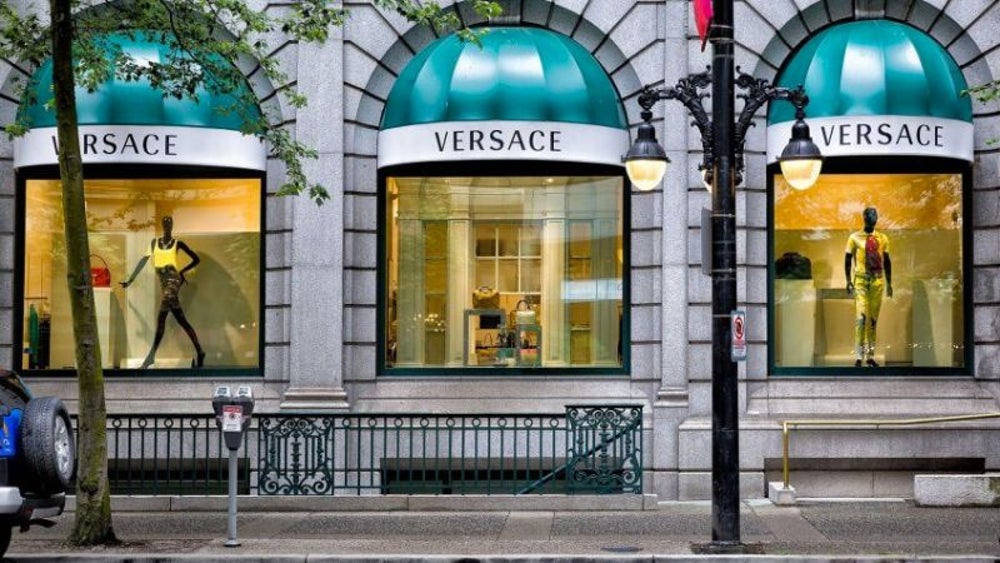 You might see a lot of designer labels on the red carpet, but many rich people don't choose designer labels for every purchase. Though they have the funds to splurge at luxury retailers, they understand that doesn't always mean they should.

"Financially successful people comparison shop and understand the importance of both quality and cost," said Tayne. "They may go for a cheaper item or buy the higher quality item from a cheaper store in order to make the wisest financial purchase."

Related: 15 Weekend Jobs and Side Gigs to Boost Your Income

What do rich people buy? The answer can depend on the day. For example, former first lady Michelle Obama donned her share of designer duds. But she was also seen boarding Air Force One and making press appearances while wearing dresses from Target during her husband's presidential tenure.

So, if you want to emulate the habits of rich people, stop and ask yourself if that $200 pair of designer jeans is really worth the investment -- or will $30 discount store denim do the trick? Always shop wisely, and keep your budget and financial goals in mind. 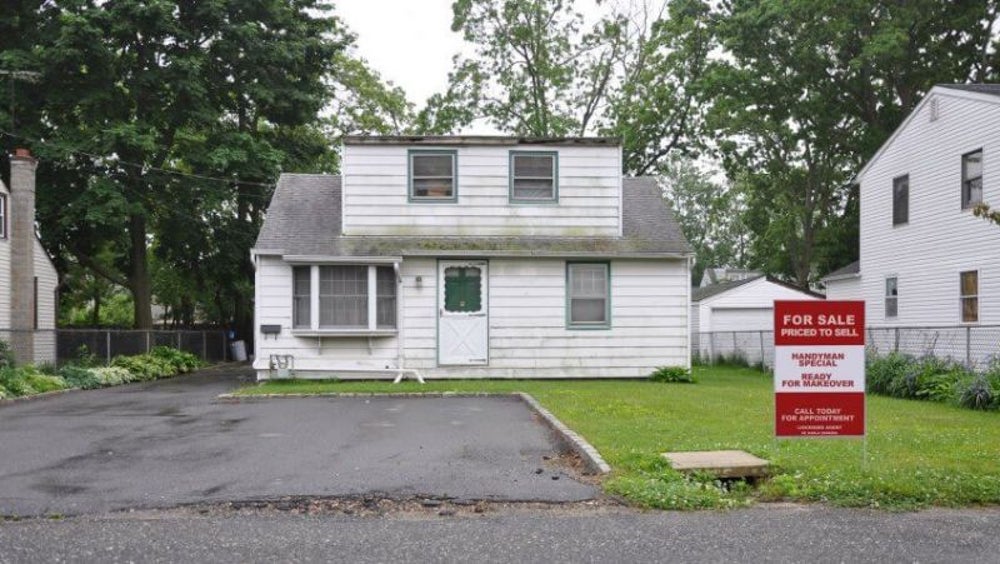 Author and entrepreneur Tony Robbins advised millennials to look at property as an income engine rather than as a place to put down roots. The truth is few homeowners will be as lucky as Warren Buffett or hang on to homes for as long, and there's no guarantee a home's value will appreciate at all.

Robbins takes his own advice when it comes to his Fiji resort. Not only is the Namale Resort and Spa one of the millionaire's favorite places to vacation, it has the bank account-building bonus of commanding between $1,244 and $2,500 per night for all-inclusive accommodations for two. 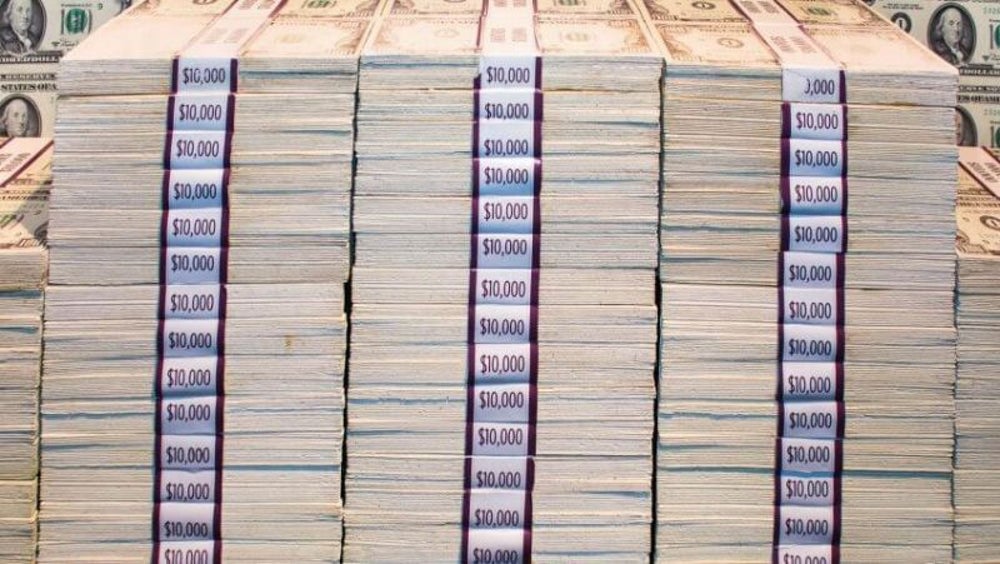 Image credit: DJ40 / Shutterstock.com
Financially successful families are often in a position to give the younger generation a helping hand when it comes to expenses like tuition and housing. According to a 2017 survey from online financial advisor Personal Capital, 18 percent of affluent parents -- those in households with investable assets of $500,000 or more -- planned to completely cover their children's rent, while 14 percent planned to pay for their kids' homes.

But, for the most part, supporting their kids for life is just not one of the things rich people do. Many millionaires -- and billionaires -- have publicly announced plans to leave a big bundle to charitable causes rather than keeping it all in the family.

Read: 36 Celebrities Who Use Their Wealth to Pay It Forward

For example, Bill Gates has said he plans to donate the bulk of his billions to the Bill and Melinda Gates Foundation rather than leaving it to his three children. And Facebook founder Mark Zuckerberg and his wife Priscilla Chan, who have two daughters, have pledged to donate 99 percent of their Facebook shares to charitable causes during their lifetimes. 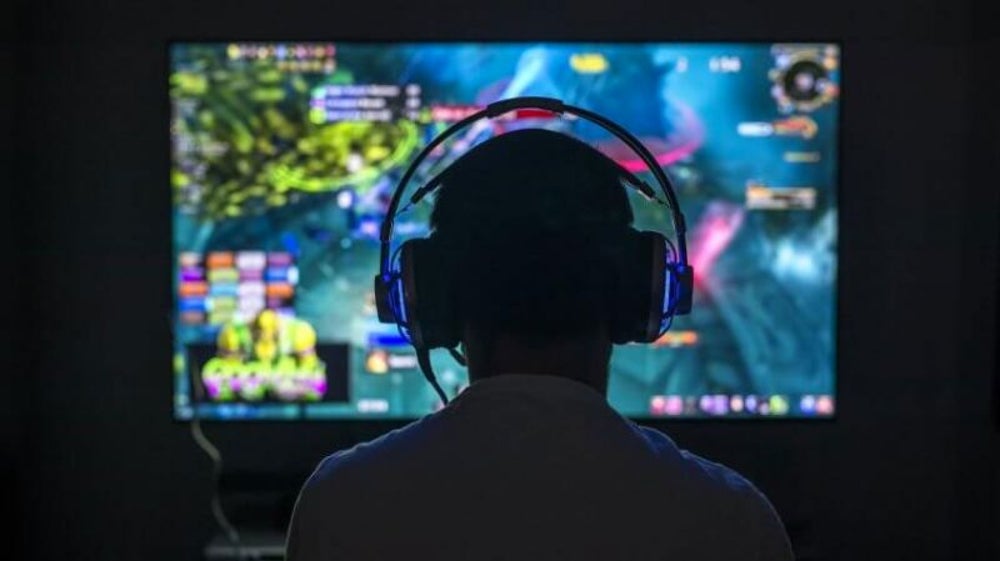 Financially successful people spend significantly less time glued to screens of all kinds than their lower-income peers. That's especially true when it comes to TV and video games, according to 2015 data from Nielsen.

That's more than three episodes of "The Big Bang Theory" -- including commercial breaks -- that wealthier people spent doing something different with their time. So try turning off the tube if you want to see how highly effective people spend their Saturdays.