Oracle's billionaire co-founder has a few things to teach you on being a business leader.
Next Article

Oracle's Larry Ellison's rag-to-riches story is one of inspiration and motivation. Before becoming an incredibly successful tech entrepreneur and one of the wealthiest people in the world, Ellison was raised by his aunt and uncle in Chicago, where he eventually went to college. After he dropped out, Ellison packed his bags and moved to Berkeley, Calif., where he worked various jobs and picked up important tech skills at companies including Wells Fargo and Amdahl Corporation.

Related: The Best 25 Motivational Quotes To Kick Start Every Morning

After Ellison landed a programming job at Ampex Corporation, Ellison and his team were asked to develop a database management system for the CIA under the codename "Oracle." Ellison and two of his colleagues eventually broke off from Ampex to launch Software Development Labs in 1977, which would soon become Oracle.

Fast forward 40 years, and Oracle is one of the most successful technology companies in the world. Ellison, its chairman and chief technology officer, is the seventh wealthiest person in the U.S. In addition to his success, Ellison is also a major philanthropist and investor, pledging to give a portion of his wealth to charity and helping to use his money to launch startups. 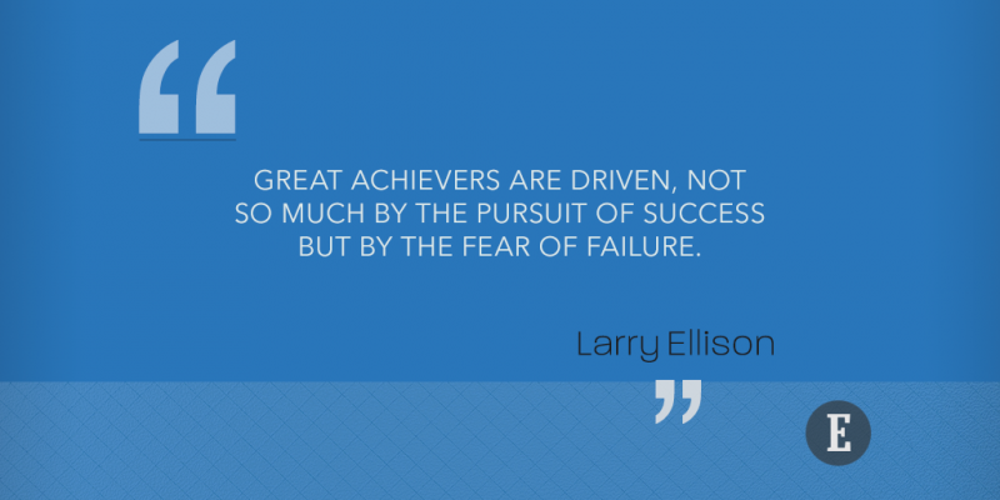 Image credit: Entrepreneur
"Great achievers are driven, not so much by the pursuit of success but by the fear of failure." -- Larry Ellison 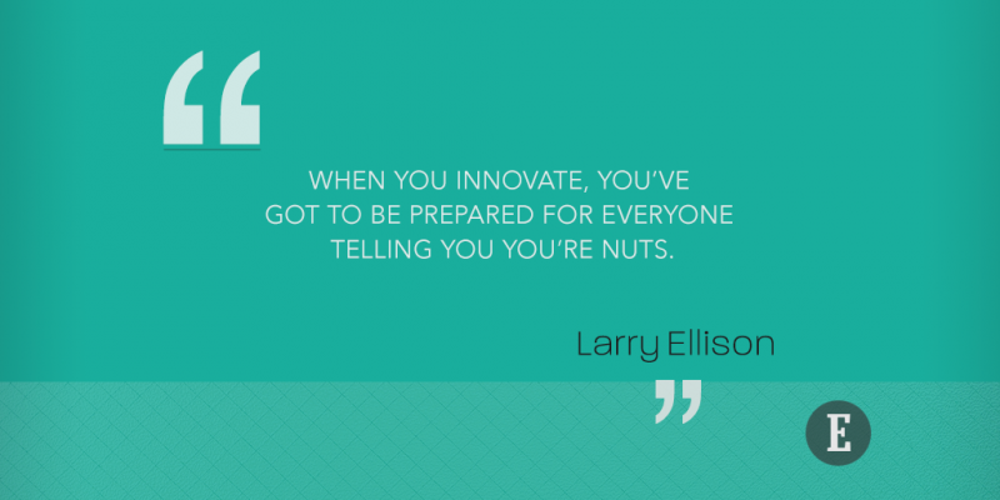 Image credit: Entrepreneur
"When you innovate, you've got to be prepared for everyone telling you you're nuts." -- Larry Ellison 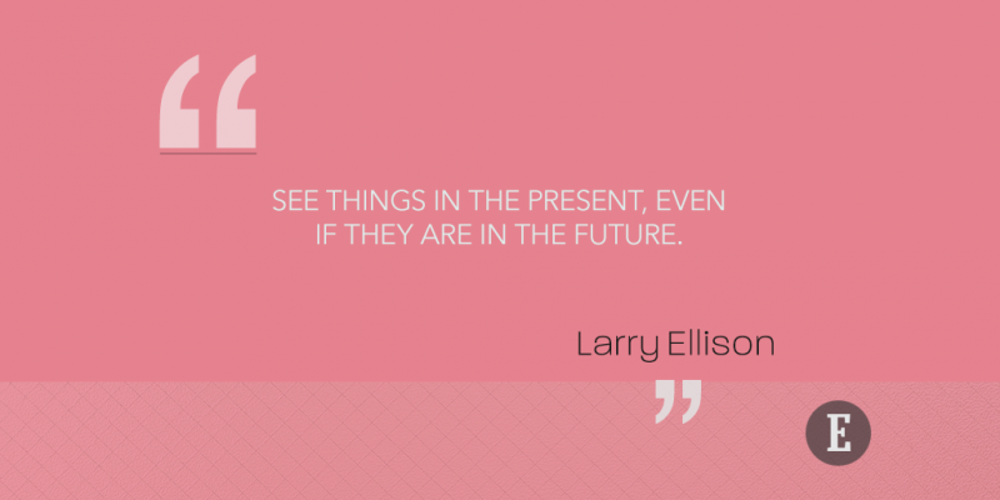 "See things in the present, even if they are in the future." -- Larry Ellison 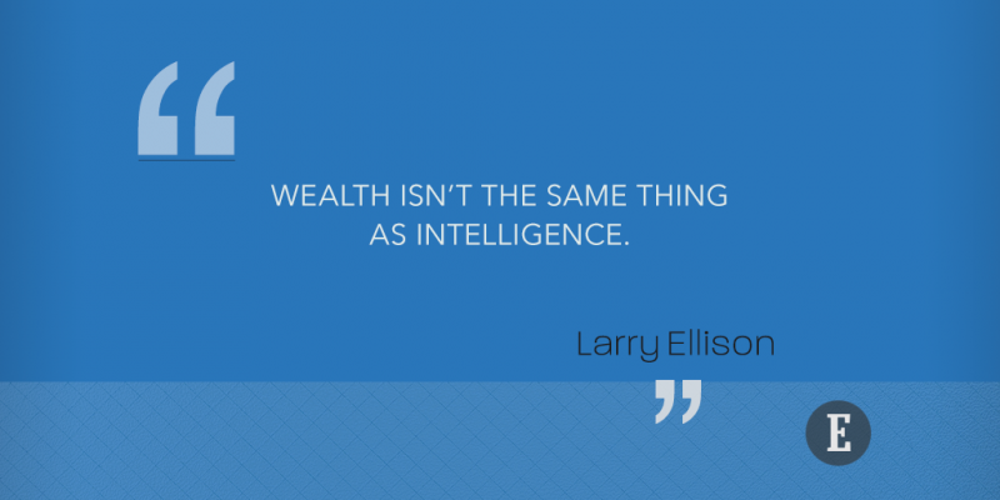 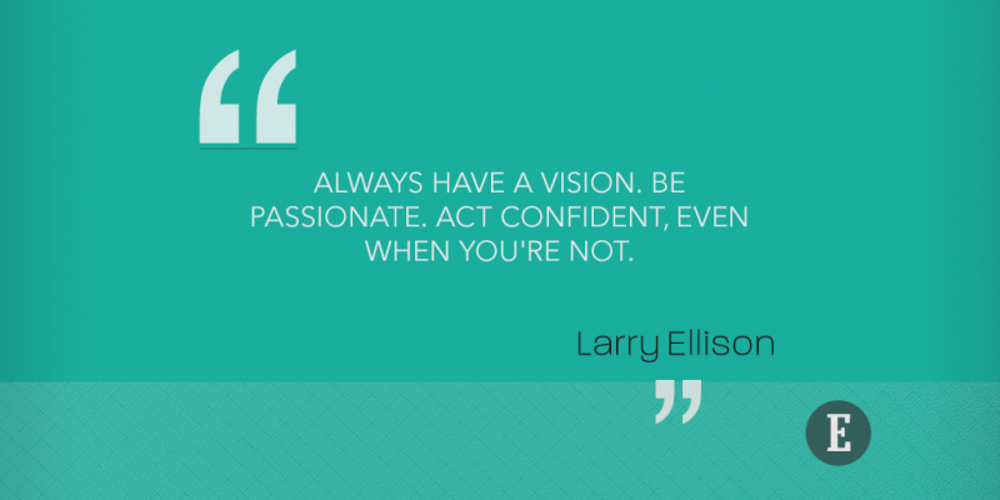 Image credit: Entrepreneur
"Always have a vision. Be passionate. Act confident, even when you're not." -- Larry Ellison 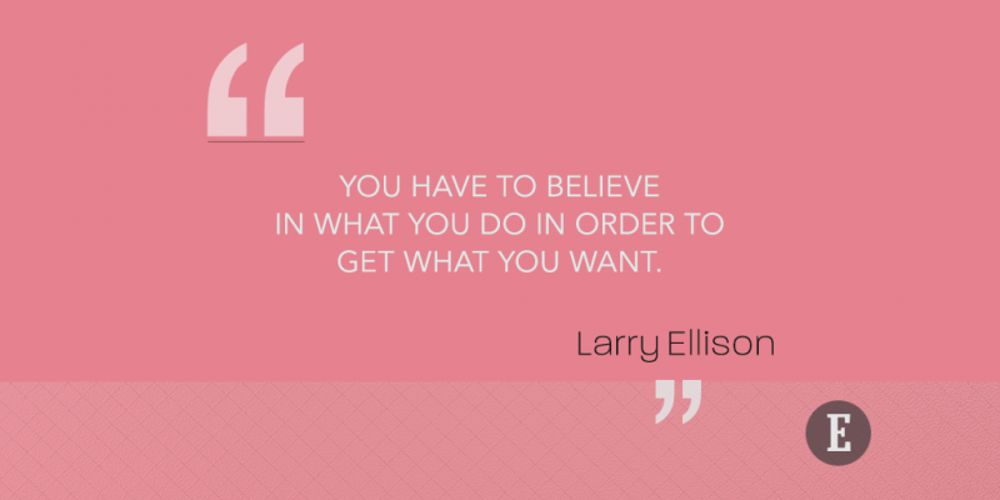 "You have to believe in what you do in order to get what you want." -- Larry Ellison 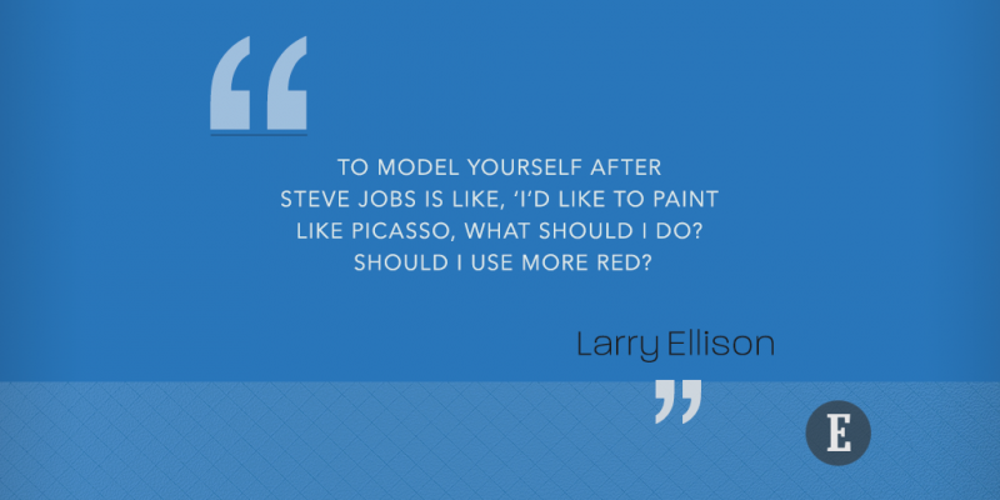 Image credit: Entrepreneur
"To model yourself after Steve Jobs is like, 'I'd like to paint like Picasso, what should I do? Should I use more red?" -- Larry Ellison 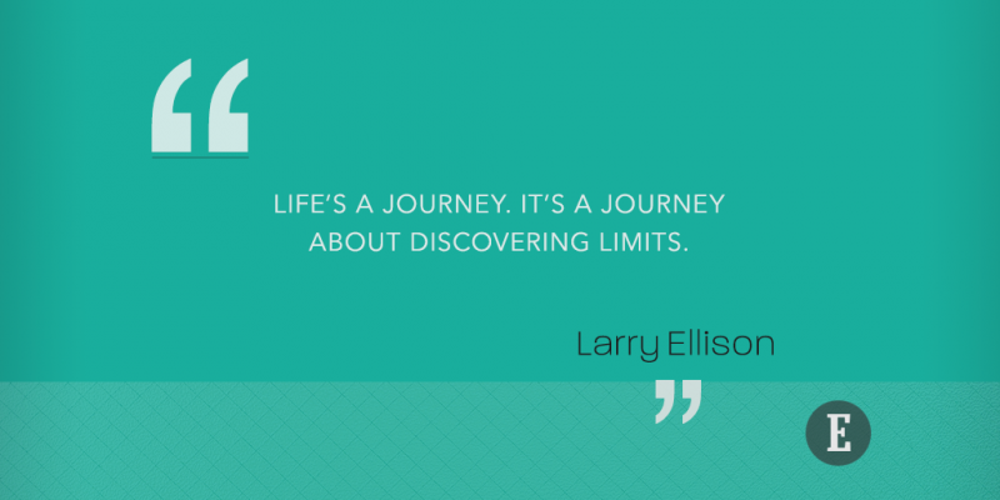