From January to June, Brian Bordainick traveled 120,000 miles on domestic flights for work. With his food-tech startup, Dinner Lab, based in New Orleans, he says becoming a certified road warrior was critical for him to be able to secure VC funding.

All of those tens of thousands of airline miles appear to have paid off. Today, Dinner Lab announced that it has raised $7 million in new funding -- $5.3 million in venture funding led by James River Capital and $1.7 million through crowdfunding from its member base of subscribers.

Bordainick says that while crowdfunding was an incredible validation for the company and provided precious customer feedback, he needed to raise more money, and faster, than he could manage one investor at a time. "It's really difficult to get the amount of money that we needed in the door from individuals," he says.

Dinner Lab started out in August 2012 as a late-night dining option run out of Bordainick's basement. It quickly transformed into a membership-based dining experience where budding chefs serve experimental meals in non-traditional spaces (think old churches and airplane hangars). Last summer, the company expanded into catering private events and was hired for the star-studded New Orleans wedding of Solange Knowles, Beyonce's sister. Its catering services are now about 20 percent of its business. 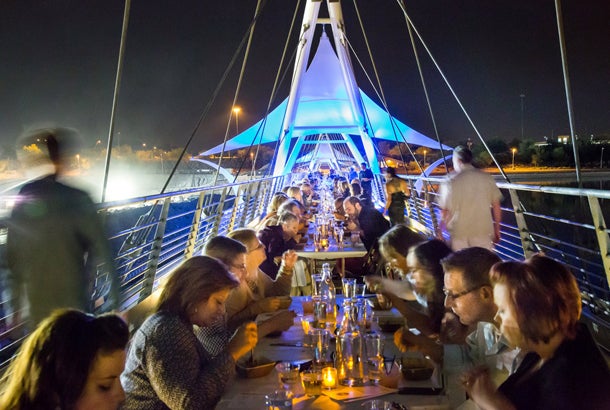 By requiring that members provide detailed feedback on each experience, the company has an ever-growing trove of data that it uses to develop new recipes and move into new markets. It currently operates in 31 cities across the U.S.

With the new funding, Dinner Lab plans to develop its technology systems, raise employee salaries and bring in senior-level management talent to help take it to the next level. The company previously raised $4.1 million in two rounds of fundraising from investors including Whole Foods chairman John Elstrott.

Raising VC funding has brought into focus the realities of growing a business outside of San Francisco, New York or any other major startup hub. Being in a larger city not only makes it easier to meet with established VCs, but to take advantage of the social scene and the unexpected business deals that might come from it. "All those stupid little moments that actual where the majority of business gets done, you are at such a crazy strategic advantage" if you are living and working in New York or Silicon Valley, he says. 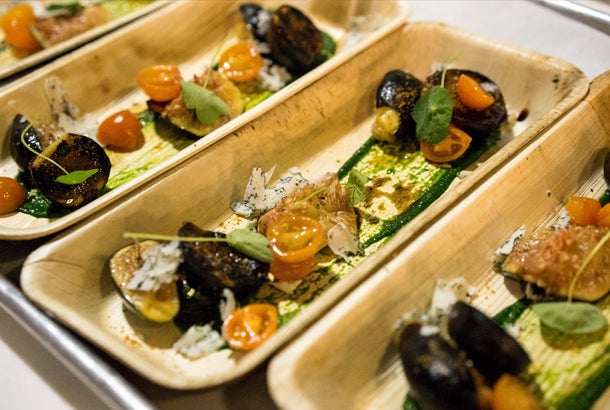 Dinner Lab's latest round came out of one of those moments. Bordainick was introduced to the investors at James River Capital by Adam Eskin, the founder of New York City-based eatery Dig Inn, whom he knew through his brother's friend. They kept in touch, grabbing lunch or a beer whenever Bordainick was in town. That social relationship ultimately led to an investment. "You struggle, you struggle and then all of sudden, it's like kaboom! And it all comes down to being at a party."

He also says that being in a smaller city makes it difficult to attract and keep top talent. "We sometimes have younger employees who are talented who are living a great quality of life, but they get higher offers from other cities," says Bordainick. "We wind up having to fight that fight."

Of course, being set up in New Orleans has its advantages. The costs associated with running a business are lower and not being based in a major tech city makes you stand out. "We are building a quirky, off-the-beaten-path business in an off-the-beaten path, quirky city," says Bordainick. "We embody a lot of the character of our city."

Plus, if Bordainick gets his way and Dinner Lab someday goes public, the company could help establish New Orleans as a startup hub.

"That would change the city," he says. "That is such a dream." 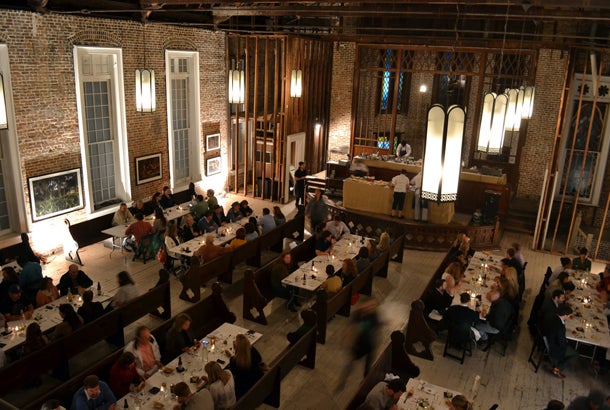