James Proud, a former Thiel Fellow, has come up with a sleep-tracking system that is getting lots of love from the crowd.

A kid who didn't go to college wants to change the way we all sleep. And, judging by the explosive success of his Kickstarter campaign, a lot of people want to sleep better.

Former Thiel Fellow James Proud announced his latest innovation on Kickstarter yesterday. It's a system that tracks your sleep and the conditions of your bedroom to help you sleep more soundly. Since hitting uber popular crowdfunding site yesterday, the sleep device, called Sense, has raised approximately $470,000, already more than four times the $100,000 goal.

A pledge of $99 gets a campaign backer the Sense sleep system, a $30 savings off the pre-order price. 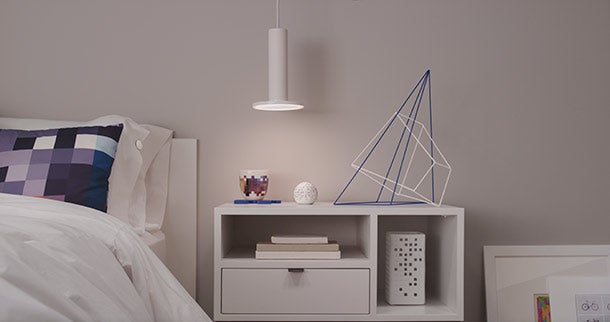 "Let's talk about something that every single one of us does, but most of us don't do as well as we should: sleep," says Proud in a video on his Kickstarter page. "We spend a third of our lives doing it, our days depend on it, but we still neglect it."

The Sense system has three components: A globe-shaped structure that sits on your bed side table, a small pin that clips to your pillow, and, of course, an app that runs on your smartphone. The system monitors temperature in your bedroom, sound, your movement and when you are in your deepest sleep rhythms. The "smart alarm" will only wake you up when you are in an ideal place in your sleep rhythms to be woken up. (Check out the video embedded below to see the device in action.)

"While you sleep at night, you have no idea what is happening. Nobody is even thinking about the most important room of our lives and how it impacts us: the bedroom," says Proud. 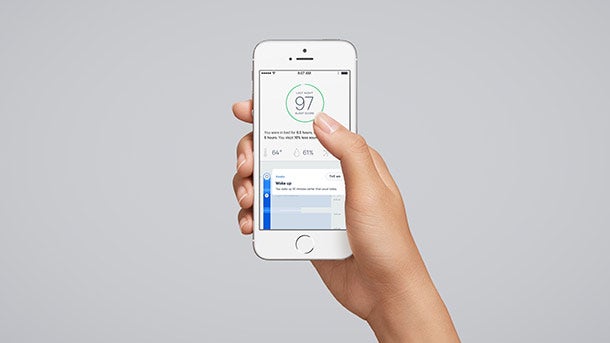 Developments in wearable tech have made it de rigueur to track every every part of your physical day. Sleep is a particularly hot segment of the trend. Several sleep-tracking systems appeared at the Consumer Electronic Show in Las Vegas this year, including Aura and Basis Band.

This is not Proud's first company since graduating from the esteemed Thiel Fellows program. He sold his live music sharing platform GigLocator and his San Francisco-based company that has developed and prototyped the Sense is called Hello.

Proud's use of Kickstarter to launch and promote his newest product is also a definitive comment on the evolving purpose of crowdfunding. Kickstarter is as much about raising cash as it is about prototyping these days. In January, Hello raised $10.5 million from the undisclosed investors, according to Securities and Exchange Commission disclosure documents.

While the $470,000 (and counting) that Proud has raised on Kickstarter is impressive, it's also small change compared to $10.5 million. What's invaluable, though, is the market feedback: the Kickstarter campaign tells Proud that his product is going to hit a hot market when it launches. That's priceless information.