How a unique customer-donation program helped a small cafe pay for energy-efficient lighting. But will this fund-raising method gain traction?

By Carol Tice
April 22, 2011
Opinions expressed by Entrepreneur contributors are their own.

Restaurant owner Arnie Sturham knew his growing business was an energy hog. Operating in a 70-year-old building on Bainbridge Island, Wash., Treehouse Café needed $3,000 to retrofit part of its space with more energy-efficient lighting. If the upgrade was done, the business stood to reap an estimated $1,800 a year in reduced electricity bills.

With money tight, Sturham tried an unusual method for raising the needed up-front money: He got donations from customers.

Sturham didn't pass the hat -- instead, all patrons who spent more than $10 had a 1 percent surcharge added to their bill. A check-box allowed customers to "opt out" if they didn't want to make the donation.

The result? In less than six months, Treehouse raised the total needed for its lighting upgrade. About 90 percent of patrons participated. Treehouse's fundraising campaign ended in March, and Sturham says the lighting upgrades are expected to be completed this summer. 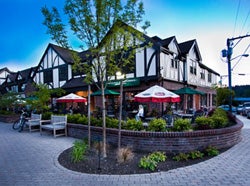 How did this 50-employee company pull it off? It had help from the Foundation for Responsible Technology, a small, 26-year-old nonprofit in Carson City, Nev., dedicated to energy technology and efficiency. The foundation created the customer-donation program software that automatically adds the correct donation amount to customers' bills. It also conducted an energy audit to identify changes that would bring the best energy savings and helped Treehouse apply for available utility rebates.

The cost to Treehouse café? About $500 to customize the point-of-sale software provided by the foundation, so that patrons spending less than $10 wouldn't get the surcharge.

Sturham says he expected to hear from a lot of customers about the 1 percent charge, but there was surprisingly little reaction.

"It went almost unnoticed," he says. "I had a few people pull me aside and pat me on the back and say what a wonderful thing it is, and a few other people said it should be opt-in rather than opt-out."

Lessons Learned
Whether this fundraising model could become a trend for small-businesses looking to go green remains to be seen. The foundation's plans for the Bainbridge project, a pilot program, fell short of its original vision of creating a larger community campaign. And despite fundraiser's success, the restaurant called off plans for a second project with the organization. 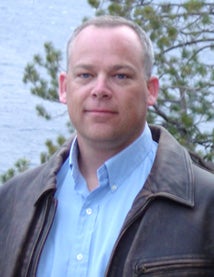 The foundation's goal was that several area businesses would run donation campaigns at once, creating a critical mass of public awareness about the drive to "green" local businesses and reduce energy use, according to Kevin Cross, the foundation's business-relations director. But the foundation has yet to sign up other Bainbridge merchants, although some are still considering it, he says.

Sturham says he was disappointed that neighboring businesses didn't participate. While only a handful of patrons objected to the program, he felt stretched to make time to speak to each one.

"I don't have time to personally field every disapproval," he says. "I was tired of being the only guy doing this."

Treehouse received positive press about its initiative in the local paper, but not until its fundraising campaign was nearly complete -- too late to help generate buzz. "Creating more marketing materials is definitely on our radar," Cross says.

A drive to help pay to "green" a for-profit business may face more resistance than typical charity fundraisers, says Jennifer Kaplan, partner at the small-business consulting firm Greenhance in Washington, D.C., and author of Greening Your Small Business. "By all demographic studies, only about 10 percent of people are self-motivated to do green activities," she says.

While crowdfunding projects with customer dollars and other donations is gaining traction with online platforms such as Kickstarter, IndieGoGo and the green-focused 33needs.com, one reason for their success is the incentives offered to participating donors, Kaplan says. Often incentives include only email updates and product samples, just enough to help donors feel involved. It's a model charities have used for decades, offering a coffee mug or t-shirt to donors of a certain dollar amount.

"The act of donating money to green someone else's business is a very hard sell without an incentive," says Kaplan.

The foundation plans to launch a second campaign to raise energy-upgrade funds at a Seattle-area grocery and café soon, according to Cross. Meantime, the foundation is seeking out other communities for similar fundraisers, he says. "We are prepared to partner with any size business, anywhere in the country."

Related: How Crowdfunding Leverages the Power of Peer Persuasion