Knowledge on Tap: The Business of a Beer Sommelier

By Matt Villano
June 21, 2011
This story appears in the July 2011 issue of Entrepreneur. Subscribe » 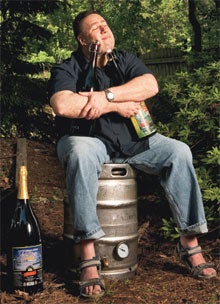 Every frat house and bar has its self-appointed beer expert. But if you really want to learn what's worth drinking and which brews complement your favorite foods, the go-to guy is Matt Simpson, aka The Beer Sommelier.

Based in Marietta, Ga., the fast-talking Simpson has built a formidable one-man business around his knowledge of beer. He studies different styles. He discerns flavor profiles.

"Just like with wine, it's all about balance," Simpson says. "At the end of the day, this job comes down to knowing beers, knowing beer styles and understanding which combinations of beer and food are going to work best."