Meet the Entrepreneur of 2010 Award Winners

This story appears in the January 2011 issue of . Subscribe »

Finally! After all the wishing, wondering and waiting--we know, it's been hard on us, too--the results are in:

Daniel Lubetzky, founder of New York's KIND Healthy Snacks, is our Entrepreneur of 2010, capturing customers--and votes--with his scrumptious snack bars and his mission to inspire random acts of kindness among strangers.

Derek Zobrist, on the Pacific coast, is our Emerging Entrepreneur of 2010, making waves with Enovative Kontrol Systems, which installs hot water recirculation systems that save building owners big bucks (and we loved the Ferris Bueller-inspired video).

And this year's College Entrepreneur of 2010 honors go to Allen Kim, who's starting Bebarang, an online baby clothing rental store, from his University of Michigan dorm room.

So if 2010 got you down, just remember: These three entrepreneurs braved the economic gloom and lived (well, thrived, really) to tell us about it. 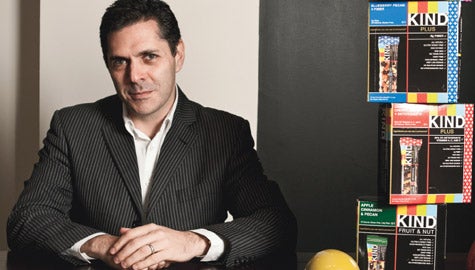 To relax: I spend time with my wife and 2-year-old. On weekends, I intensely soak them up.

The most essential thing to the biz: Trust in my team.

An entrepreneur is … someone who tries to find creative and innovative ways to solve problems in society.

Entrepreneurial idol: My dad. He survived the Holocaust and educated himself by reading used encyclopedias.

Favorite app: PhotoFunia--you can have a lot of fun transforming headshots into virtual ads, paintings, cartoons, you name it; more fun than serious business, but you can share wild pics with clients and customers, too.

Fresh out of law school, Daniel Lubetzky had this crazy idea: start a "not-only-for-profit" business that could be used as a force to solve social problems. In 1994, he launched New York-based PeaceWorks, a food company that encourages trade and cooperation between Israelis and Palestinians.

It was slow going until 2003, when he alighted on a recipe for snack bars different from anything else in a market crowded with hundreds of options. The product line, which Lubetzky named KIND, features minimally processed snack bars with ingredients you can pronounce and easily recognize through the clear wrapping--think sesame seeds, dried cherries, cashews and coconut slivers. "It took us years to find the right formula, and we hit every challenge you could imagine trying to scale and get into stores," he says.

But the bars, which retail for $1.99, spoke for themselves. In fact, they sold so well Lubetzky renamed the company KIND Healthy Snacks. "People love our product and philosophy--I'd even say some are obsessed fans," he laughs, adding that great products do the marketing for you.

Sounds about right. The 50-plus-person company's revenue and distribution footprint have increased between 60 percent and 100 percent every year for the last four years, and in 2010, sales surpassed $30 million. KIND bars are in 35,000 stores, including Starbucks, which will soon add them in all its airport locations.

Now, Lubetzky is thinking beyond bars. "This company is going to be a platform for all sorts of healthy living solutions," he says, including cereals and trail mixes, and snack products that are diabetic friendly. Stay tuned: He says he's got about 100 different ideas. 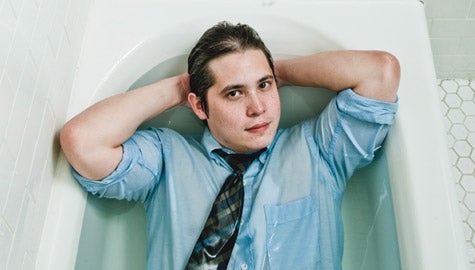 Derek Zobrist of Enovative Kontrol Systems
Photography by David Johnson
Most inspiring stories: Rags to riches (Richard Branson, Paul Mitchell). "I have respect for people who started a company from nothing as opposed to having a good start out of the gate."

Most essential to success: Resourcefulness.

For play: I go to happy hour every Friday. But I really do enjoy thinking about and trying to grow this company, so I spend most of my time tinkering with things--that's fun for me, like playing a game and leveling up.

Career ladder? Derek Zobrist scoffs at such an outdated notion. As president and founder of Venice, Calif.-based Enovative Kontrol Systems, he's only held one other job title: intern.

In 2006, Zobrist, a college junior majoring in business administration at Pepperdine University, was working at a real estate development company that held the rights to a new demand-controlled water pump system. "I just saw it and thought it was cool, so I wrote up a business plan … and raised about $200,000 to start a company around it," he says.

After an initial investment of less than $2,000, which includes installation, a building owner can save 30 percent in water-heating costs, he says. Some recoup their purchase price in as little as four months. "People even ignore us because they think it's too good to be true."

Zobrist embarked on a slow and steady route to success--donating units to build up case studies and data points, and improving the product engineering--nearly going bankrupt in the process. "There was this one point I had two grand left in the corporate bank account, and I slept on a friend's floor for four months waiting for the results of a pilot program with Archstone [Apartments], our first big name," he recalls. "I thought I wasn't going to make it."

But when the program wrapped, success quickly followed. Now, Enovative has pilot programs with several of the largest multifamily building owners in the country (that's thousands of buildings), and support from the Southern California Gas Co. and California Energy Commission.

"We [made] $1 million this year, and my first salesperson just got on the payroll in October," Zobrist says. "Next year could be pretty explosive." 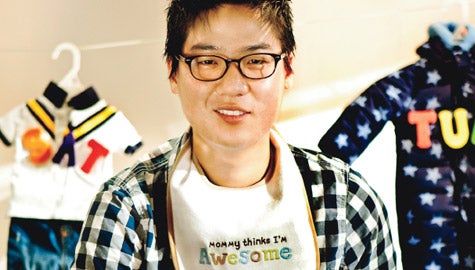 Helpful reading: The Art of the Start by Guy Kawasaki.

Essential to success: Establishing and keeping momentum and customer validation. An entrepreneur is … a visionary with a hunger for change and the guts to jump.

To relax: I take long bike trips to nearby cities on the weekends. It's a great reflection time.

Goals for Bebarang: We want to be everywhere, to help parents all over the world worry a little less about clothing their children.

College seniors skip class for plenty of unproductive reasons, but not Allen Kim. An industrial operations engineering major at the University of Michigan, he and Luis Calderon have been playing hooky to persuade investors to part with around $500,000 for Bebarang, their startup that Kim describes as a "Netflix for baby clothes." (In fact, we chatted with them on a drive back from some pitch meetings in Chicago.)

Kim's "aha" moment: Last year, "my aunt, who had a baby, was complaining about how expensive baby clothes were. And I love Netflix. I thought there had to be a way to combine these two things."

After some serious research, which included discussions with more than 100 moms, it really came down to the numbers.

"It's a $25 billion industry," Kim says. "The average kid outgrows baby clothes 16 times, which works out to be about $150 every two months on things that might be worn just a few times."

Party clothes cost the most but are worn the least. Bebarang offers special occasion baby clothes from premium designers like Burberry and Ralph Lauren.

"Moms will save money, and their babies will still look great," he says. "It's a win-win."

The rental rate for new clothing items is 50 percent off the retail price. For example, a Burberry infant polo dress would rent for $25 a month. ("Gently used" rentals are as much as 80 percent off retail.)

Kim and Calderon hope to officially launch their website this quarter, and they will use the $500,000 in capital to lease a distribution center, build up inventory and brand relationships with baby clothing companies and hire manpower to support roughly 1,000 customers for at least a year.

Their beta site already is off to a good start. Hundreds of moms are signed up, and the rental model seems to be working. A downside? "My apartment is a sweatshop," Kim admits. "My roommates are always complaining about having baby clothes everywhere."

1 Simple Secret for High Performance in 2021

Avoid the Costly Mistake of Assembling the Wrong Leadership Team