Google's Recruiter on How to Build a Superstar Team

Google's recruiter on how to build a superstar team.
Next Article 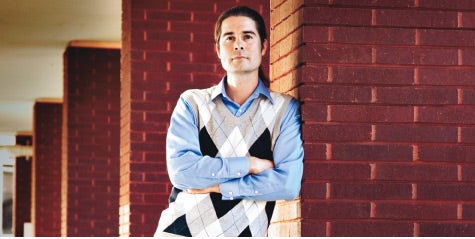 Q: How can I create a superstar team?

For Todd Carlisle, Google's staffing manager and a guy who deals with 3,000 résumés daily, it's simple: Hire people who would have fit in when Sergey Brin and Larry Page were using a pingpong table as a conference table.

Carlisle looks for raw intellect, learning agility, diversity, leadership and innovation in résumés--but to find that startup mentality, he says, you have to ask the right questions during the interview.

"I look for a trajectory in background stories," he says, because that's a far better indicator of focus, intelligence and experience than what you can glean from a résumé. For instance, an Ivy League alum with a high GPA is great, but even better is the person who was the first in the family to go to college and did well while working an extra job.

Carlisle also wants employees who think quickly on their feet. Google recently hired a guy in the HR technology department who had coordinated the efforts of 10,000 volunteers during the BP oil cleanup.

"He didn't have any direct experience, but he was good at logistics in the Army, so they threw him into a big, messy situation, and he handled it well," Carlisle says. "We wanted him because he had the ability to solve a giant scope of a problem very quickly." (A covetable skill at Google, which employs 20,000 worldwide.)

Finally, you have to want to take them out to lunch after the interview. It's important to hire leaders who play well with others, so ask about their experiences working on a team. Their bragging that they convinced everyone else that they were right or taking credit for everything are big red flags.

Carlisle also asks candidates to talk of a time they really screwed up--and that whole spin-your-weaknesses-into-strengths strategy won't cut it. "You have to be humble and talk about what you learned, because you don't win all the time," he says. "That's not how real life works."

To find superstars for your business, look beyond your own network. Poke around on LinkedIn and Facebook--or ask friends and acquaintances if they know someone who'd be a good fit. "The people in your own circle aren't always the best ones for the job. I think you're probably three degrees away," he says, adding that a high percentage of Google hires are from employee referrals.

To keep that superstar team together for a while, Carlisle suggests checking in periodically and asking, "What's motivating you right now and how can I give you more of that?"

"People's needs--money, promotions, cool projects--will change," he says, "but if you give them what they want, your staff won't."