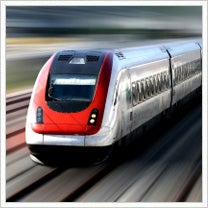 Many small-business owners have been unable to hire new workers over the past couple years. It's a problem that has contributed to our still-high unemployment rate. No real answer has emerged on how to get small businesses in a position to hire again.

One program that's working is from the ever-entrepreneurial Kauffman Foundation. New York City tried out its FastTrac NewVenture initiative recently -- and the results may offer a ray of hope.

Here's how the program works:

FastTrac offers several programs tailored to help entrepreneurs at all points in their journey. "FirstStep" is for people thinking about starting a business, "NewVenture" aims to assist new businesses that have launched, "TechVenture" is geared toward tech businesses and "GrowthVenture" aims to help existing businesses to thrive.

The courses are 30 hours of instruction and cost $1,200 -- but in many cases municipalities or local organizations may sponsor all or part of the cost.

FastTrac has been around for 17 years, but since the downturn has seen an explosion in interest and has added more locations where the courses are taught. There are more than 200 universities and community organizations that offer FastTrac.

There's proof that it works, too: In a major initiative, the city of New York has seen 1,000 entrepreneurs go through FastTrac program at SUNY's Levin Institute since 2008. The results: The Institute estimates 300 jobs were created.

The SBTDC also helped raise more than $3 million in capital for the participants. So the course can also help connect entrepreneurs to funding.

This is all great news, since small-business job creation is a proven engine of economic growth. The Kauffman's research data from 1980-2004 showed that firms less than five years old account for all net job growth in the U.S.

Besides being offered at local universities and through other providers, entrepreneurs can take the programs online through Kaplan University.

What will you do to make your business grow in 2011? Leave a comment and let us know  your strategy.