Why Customers Unsubscribe, Unlike and Unfollow You 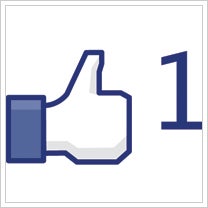 There you are, busily marketing your business or brand through social networking and suddenly you're experiencing a rash of unsubscribes, unfans, unlikes or unfollows on your email, Facebook or Twitter accounts. What's going on here? It's like that old Righteous Brothers hit, "You've Lost That Loving Feeling." Only this time around it's not a mid-60s teenager who's hurting -- it's you!

ExactTarget, an Indianapolis-based interactive marketing services provider, has released "The Social Break-up," a report exploring why consumers terminate their relationship with businesses and brands through these three major social media channels: Facebook, Twitter and email marketing. Much like a romantic relationship, social network bonding begins with an initial attraction, whereby the consumer becomes a subscriber, fan or follower. But what is it that prompts that same enamored person to unsubscribe, eliminate their "Like" status or just ignore communications from your business completely?

In the case of email marketing, the trigger that prompts 54 percent of consumers to unsubscribe is when the offending company bombards a subscriber's email with too many marketing messages. Another 49 percent opt out when your content is boring. Becoming overwhelmed by email in general accounts for 47 percent, and those who say the content was never relevant from the beginning makes up 25 percent of unsubscribers.

Of the 73 percent of online consumers who have created a profile on Facebook, whopping 64 percent claims they are "fans" or have "liked" a company or brand. The bad news is, 55 percent of those fans find they no longer want to view your posts, and 51 percent say they rarely if ever visit your business page on Facebook after "liking" it.

Not surprisingly, excessive posting accounts or 44 percent of the decision to "unlike," while 43 percent of Facebook users indicate their account is too crowded with brands. Thirty-eight percent say marketers aren't keeping the content fresh, while 26 percent say all they were after were the one-time offers and discounts. I suppose you could call those "one-night-stand-fans."

For the 17 percent of consumers who have a Twitter account, 56 percent have "followed" a company. The bad news here, however, is two-fold: First, almost half of those who create an account on Twitter say they no longer use Twitter. And second, almost half of those who admitted to following a company said they later stopped the practice. And the top reasons why people quit "following" companies on Twitter? Fifty-two percent say it was because the brand was repetitive and boring in its tweets; 41 percent say the tweet stream is too crowded with marketing posts; 39 percent cite companies that posted too frequently; 27 percent say they only signed up to take advantage of a one-time offer. And then, of course, another 27 percent said companies didn't offer enough deals.

The good news for marketers is that Twitter users are perfectly comfortable with using Twitter as a platform for interacting with brands. And since it's considered more of a two-way communication tool than email or Facebook, its users are the most active and connected of all online consumers, according to ExactTarget. In fact, when it comes to social network break-ups, only 41 percent of Twitter users are likely to opt out, compared to 55 percent of Facebook users and 91 percent of email users.

Just as in a romantic relationship, it all boils down to caring. Consumers want content that interests them. They want you to honor their permissions, and don't overdo the emails. They want to interact with brands they already know and trust and they also want posts to be engaging and limited. So marketers, take note. Love is all about caring and not talking about yourself too much.