Business owners reveal the expenditures that paid off -- big-time.

By Gwen Moran March 11, 2011
Opinions expressed by Entrepreneur contributors are their own.

Salaries, technology, supplies. Every day, you spend money and time on your business. But do you know which investments are giving you the most bang for your buck?

Taking a close look at what is actually helping your business grow and generate revenue can help you make wiser decisions that pay off for your company.

Here are 10 of the top investments in which business owners can get the best return for their money. 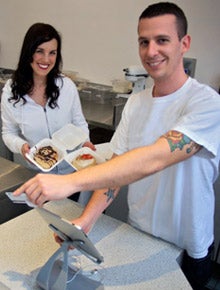 To keep their Berkeley, Calif., bakery both cool and functional, Shannon and Florian Radke, co-owners of Cinnaholic installed iPads instead of registers.

1. Publicity
Before opening upscale Berkeley, Calif., bakery, Cinnaholic, Shannon Radke launched a blog chronicling the details about location-hunting, permit challenges and difficult landlords. Within a couple of months, the frank, but funny blog was getting 15,000 hits per month and led to coverage in popular regional publications like SF Weekly and East Bay Express. The duo also invested about $3,000 dollars in a website and spends $150 a month on Facebook ads. When the bakery opened last June, there were "lines around the block," says husband and co-founder Florian Radke.

2. Customer research
Brett Brohl spent a month and about $300 polling healthcare professionals about their preferences before launching his Minneapolis-based online scrubs and medical uniforms retailer, Scrubadoo.com. Through the online-survey service SurveyMonkey, he asked about favorite brands, buying volume and preferred media. That research helped improve his understanding of the brand-driven nature of his business and his target customers. He was then better able to make a range of decisions from inventory selection to marketing. 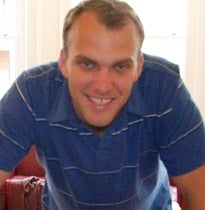 Before starting up, Brett Brohl, the founder of Scrubadoo.com, a medial scrubs retailer, used SurveyMonkey to poll what exactly his target audience would buy.

3. Automation
When Brohl first launched his site, he logged every transaction by hand. With tens of thousands of barcodes to manage, it took precious time away from selling to bigger accounts. A $1,500 investment in software to automate his ordering system paid for itself in three to four months, Brohl says. An added benefit: He can take a vacation. Automating features and writing out procedures for repeat tasks allows others to step in when you can't.

4. Outsourcing
Sometimes, it pays to offload tasks that don't need to be done in-house, says Jennifer Crews, founder of Pearl Advisory Partners, an Asbury Park, N.J., business-consulting firm. If you can generate more money in an hour spent doing these tasks than it would cost you to pay someone to do it for you, you're losing money, she says.

5. Better book-keeping
Organizing your books is critical. Tapping a freelance bookkeeper or even just investing in accounting software, which can cost anywhere from $39.95 to $1,000 or more, can help you take advantage of early-payment discounts and avoid late-payment fees and finance charges, Crews says. You'll also keep your credit history sterling, which can help when negotiating for better terms with vendors and rates on loans and lines of credit, she says. 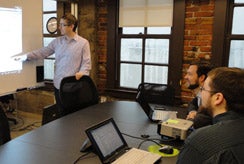 Sean Clemmons upped the training he and other execs offered Piraeus Data's 40-person staff. That training has turned neophytes into managers in half the time.

6. Training
For those activities that you can keep in-house and delegate, training is essential, Crews says. Sean Clemmons found that to be true. He owns a 40-person business-intelligence consulting firm, Piraeus Data in Seattle. He upped internal training, spending more time with employees and offering daily feedback sessions, and productivity surged. He estimates that the time it takes a new hire to become a manager has shrunk from more than a year to just two or three months. The cost? About $1,000 in staff time per week.

7. Technology
When Radke was designing his bakery, he wanted the hip factor to carry through to point-of-sale. So, instead of buying a big, boxy cash register or computer system, which would have set him back more than $3,000, he opted for a $600 iPad equipped with Square, a free app and reader that turns iPad, iPhone, and Android devices into credit card payment systems with no contracts or merchant account required. Though cash purchases can be processed for free through the Square app, credit card transaction fees, which range from 2.75% to 3.5% plus 15 cents, still apply. "So, in addition to saving hundreds of dollars, it helps our brand, and we've gotten a lot of publicity because it's unusual," he says.

8. Sales data
Even though Clemmons and co-founder Ethan Chin run Piraeus Data, which is a data-driven company, they realized they weren't doing a good job of tracking customers and their buying habits. To remedy the problem, they now use a customer-relationship management tool from Salesforce.com. In exchange for roughly $4,000 a year, Piraeus' salespeople can access more comprehensive and current customer data. Clemmons says the frequency of contact with customers and prospects has gone from as long as year to no more than 90 days, which has doubled the number of client meetings. Even in 2010's tough environment for consulting firms, he says the firm's revenue grew 5%.

9. 'Scope creep' curbs
Twenty percent of Piraeus' consulting projects were suffering from "scope creep" -- a term used to describe projects that grow beyond original expectations. Although particularly problematic for consultants and their ilk, scope creep can be a challenge for many companies, as they try to keep customers satisfied. Clemmons and his team spent approximately 160 hours -- about $20,000 in billable hours -- analyzing and evaluating how they manage projects and finding ways to prevent scope creep, saving nearly $200,000 in uncompensated work hours for the firm. "Now, it's the project manager's job to say 'I'm sorry. That's out of scope. Let's talk about how we can do that in Phase 2,'" he says.

10. Quality suppliers
An ideal vendor will not only work to keep your business by keeping prices reasonable and provide timely deliveries, you may even benefit from pitching their products or services. Radke says the top-of-the-line ingredients he gets from his suppliers allows him to charge $5 to $6 for cinnamon rolls, while his competitors charge about $3.50.