Ready to Declare Your Independence? A Seven-Point Checklist

How to tell when it's time to say good-bye to the steady paycheck.
Next Article Add to Queue

If you feel trapped in a cubicle, the thought of being your own boss can be intoxicating. But are you really ready to declare your independence from that steady paycheck and start your own business?

California native Mark Holtzman, 57, says had reached a stage where he needed something of his own. He had hit a dead end in the small, family-owned truck dealership where he worked after more than two decades in sales. The only career progression was to become a part owner and the owners weren't offering that to him.

"I had a family, wife, and kids that I wanted to at least have something for in the future and I wanted to be able to get ahead and not at the mercy of the whims of somebody else," he recalls. 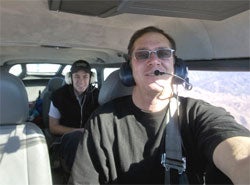 As an amateur pilot and award-winning photographer, he'd been taking aerial photographs part time for a few years. He began building a clientele in aerial photos on the side and worked part time on his own growing a customer base over four years. Five years ago, he made the jump and launched West Coast Aerial Photography in Sherman Oaks, Calif. Today he earns a six-figure income and also employs his son full time.

Unlike Holtzman, would-be business owners often have their clouds. If a leap to business ownership is in your future, consider this seven-point checklist. Of course, you don't need to check off every single point on the list to ensure business success, as strengths in one area may offset weaknesses in another. And be warned, if you wait for all stars to align perfectly, you may never take the plunge.

"In some cases, people have business 'beer goggles,' " Roth says. "They see an idea and it looks really good to them, so they go for it. Then, they wake up to the reality and it doesn't look so good. You have to know what you're getting into."

2. You've done all the homework. To make sure your business venture is more than just a pipe dream you need to have a firm grasp of what it will take to make your startup a success.

Aside from coming in with previous experience in the sector, Roth says interviewing people who've taken the plunge, reading books and articles about starting a business, and spending time studying the market and potential competition are all essential in the preparation process. If you've done that and you're still as enthusiastic about your idea, you could soon be ready to hang your shingle, she says.

3. All is quiet on the home front. If you're experiencing personal turmoil, such as an illness or other crisis in the family, it's probably not the best time to launch a business, says Niwot, Colo., startup consultant Tommi Wolfe. If you don't have the support of those closest to you, or they are resentful of the sacrifices that a business requires, it's going to make the road to entrepreneurship tougher.

4. You've got a financial cushion and a customer base. Before you say, as the song goes, "Take this job and shove it," it's important to have some resources, including savings and a few customers, says Roth. You need to have enough money to see you through until your business can sustain itself, she adds.

5. You can pinch a penny until it screams. Frugality is a good trait for an entrepreneur, whether you're bootstrapping or starting out with a stash of cash.

"Do the business plan and the financial statements. Figure out how much you'll realistically be making in a year. Understand the expenses and don't be tempted to spend money when you don't need to," Roth says.

6. No one has to tell you what to do. Are you able to get things done without someone telling you to do them? Are you constantly looking for ways to improve operations? Self-motivation is a critical quality for entrepreneurs, says Wolfe. If you have it, that's another sign that you'd do well on your own.

7. You're comfortable with being uncomfortable. Entrepreneurs need to be able to live with the risk and uncertainty that comes with running a business, says Wolfe. If you're risk averse you will have a tougher time riding the roller coaster of business ownership, she says.

At the same time, experts say you're less likely to regret taking the plunge than never taking the chance at all.

"Most successful entrepreneurs have tried and failed many times, but they pressed on and eventually made a success of it," Wolfe says.

Related: From Paycheck to Pay Dirt: Blazing Your Own Trail As a Business Owner