By Mikal E. Belicove August 18, 2011
Opinions expressed by Entrepreneur contributors are their own. 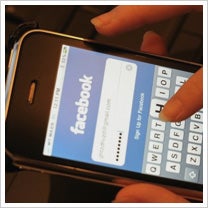 There’s a fine line between a scientific approach to marketing on Facebook and a haphazard shotgun approach. For those of you who prefer not to "point and shoot," a new study from a San Francisco-based social media strategy firm offers an in-depth analysis of the top 20,000 Facebook Pages and up to a quarter million posts in an effort to determine the most useful posting techniques.

In the just-released report called Engagement and Interaction: A Scientific Approach to Facebook Marketing, Momentus Media provides answers to the seven most frequently asked questions by Facebook page administrators:

What's your best strategy for boosting interaction with your company on Facebook? Leave a comment and let us know.