By Diana Ransom September 30, 2011
Opinions expressed by Entrepreneur contributors are their own. 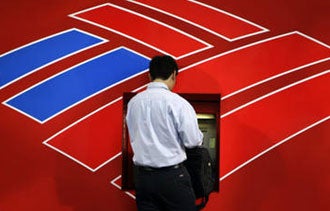 When Bank of America yesterday announced that it would levy a $5 monthly charge on consumers who use their debit cards to make purchases, small-business owners and merchant groups collectively shuddered.

The battle they won last year through the passage of the Dodd-Frank financial-overhaul law -- which, among other things, called for the Federal Reserve to rein in debit-card interchange fees, the swipe fees merchant pay banks for debit card purchases -- may be lost after all.

At the end of June, the Fed ruled to cap swipe fees on debit cards issued by banks (excluding smaller financial institutions) at no more than 21 cents per transaction -- with the addition of 0.05 percent of the purchase price and possibly an additional 1 cent for fraud prevention. The swipe fee for debit-card purchases now runs at an average 44 cents per transaction. That new cap kicks in on Saturday.

Starting next year, the debit-card cap is expected to cost banks about $6.6 billion in revenue a year, according to financial researcher Javelin Strategy and Research.

Bank of America isn't the only bank intending to charge customers a monthly fee for making debit-card purchases, however. Other banking giants including J.P. Morgan Chase, Wells Fargo and Sun Trust have recently done the same or they're now testing similar fees in certain markets.

Credit experts like John Ulzheimer, president of consumer education at SmartCredit.com, suggest that levying the fee is a strategy for getting consumers to use more lucrative credit cards, which aren't subject to the same regulations. "One way to incent plastic users to use credit cards more is to make it less comfortable and more expensive to use a debit card," he says.

That trend would likely spell bad news for many merchants who were counting on the cap to help trim costs -- especially given the U.S.'s prolonged economic troubles. But not all hope for cost cutting per the financial overhaul is lost. Here are four ways that business owners can cut their card processing costs: