By Simon Sinek October 6, 2011
Opinions expressed by Entrepreneur contributors are their own. 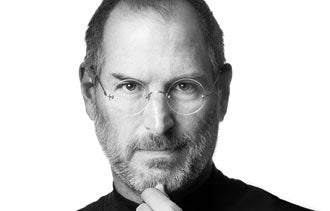 "Did you see the news?" said the text from my friend. "It's so sad," he continued.

It is both rare and special to witness such a spontaneous outpouring of love and admiration for the passing of a CEO. The last time we saw similarly spontaneous vigils was when Princess Diana died. But the love we’re expressing for Steve Jobs is not due solely to his genius or his vision. It is not just because he defined a digital generation. Steve Jobs is much more special than that.

Steve Case, the co-founder of AOL, and Larry Ellison, the co-founder of Oracle, are also geniuses. They also built companies that changed the way we live our lives. They were visionary and innovative, but will we light a candle and shed a tear when their time to comes?

What made Steve Jobs so special is that he existed on a level above his company and its products. Though we respect what he built, we love what he stood for.

Jobs was a rebel and a misfit and he imparted a sense of purpose and belonging for all the other rebels and misfits out there. Instead of brushing them aside or pointing at them for being weird, he celebrated them. He reminded us that the ones who see the world differently are the ones who change the world. In an instant, all those individual rebels and misfits had a leader. Someone who preached what they believed.

Over time, Apple and its products became symbols for a set of values and beliefs. Like a pirate flag hoisted above a ship to tell everyone who they were about to do battle with and what they could expect, Apple served as a symbol for the outcasts and nonconformists the world over.

They popped their laptops open in airports to show people who they are. They stuck Apple stickers on their car bumpers to let everyone know what they believed. The defended Apple’s products as if defending their own family. And in a sense, that is exactly what the Apple community became -- a family of likeminded individuals who wake up every day to challenge the status quo.

For any entrepreneur who dreams of leading like Steve Jobs, here are three must-have characteristics:

How did Steve Jobs influence you or your business? Let us know in the comments section?

-Simon Sinek is a frequent lecturer on leadership and author of Start With Why: How Great Leaders Inspire Everyone To Act (Penguin Group, 2009). His TEDx Talk on leadership is one of the top 20 most viewed talks on TED.com.