How to Maintain Clients' Trust While Managing a Crisis

Don't wait until trouble hits to plan a response to an emergency. Here are some long- and short-term strategies to help you weather any storm.
Next Article Add to Queue 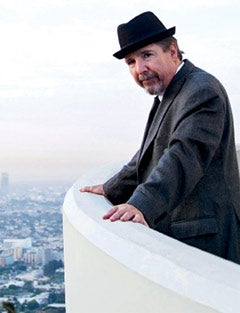 Q: How do you maintain your clients' trust while managing a crisis?

A: The best approach, of course, is to avoid the crisis in the first place. But in the real world (e.g., Enron, BP, News Corp., et al.), that's not always possible.

If a crisis hits your firm, says Jonathan Bernstein, who founded Sierra Madre, Calif.-based Bernstein Crisis Management 17 years ago, take the lead in making your case to the public. And he's not talking about just covering your you-know-what. Be frank about your problems by providing answers even before your critics start asking questions.

"In the absence of communication, rumor and innuendo fill the gap," Bernstein says. "Either you communicate or other people will communicate for you."

Typically, says Bernstein, small and midsize businesses, those that can least afford to suffer a crisis, are more prone to face one. A Fortune 500 firm can weather public opinion storms with armies of PR consultants. That option is not available for, say, the sandwich shop whose health code violation just made the front page of the local paper.

That's why Bernstein believes even small businesses should spend the money required to put a crisis plan in place. "It's not an expense," he says. "It's an investment."

The failure to plan tops Bernstein's hit parade of crisis management mistakes. A close second? The failure to provide backup for critical suppliers, key personnel, computer systems (off-site, please) and pretty much any piece of your business that you can't live without. He proffers this food services scenario: "If all the lettuce from a particular area is deemed to be suspect, and that's where you get all your lettuce, what are you going to be putting on your burgers this week if you don't have a backup supplier?"

Bernstein also insists that entrepreneurs prepare short- and long-term strategies for online crises. (He's such a techie that Craig Newmark, the founder of craigslist and craigconnects--the latter a Bernstein client--calls him an "alpha nerd.")

The short term: If critics launch an online campaign against you or your product, prepare a strong response for clients who ask about the disapproving chatter. "Tell them about it upfront," Bernstein says. "Tell them it's negative and inaccurate information, and tell them the truth."

The long term: Create as many online "points of presence" as possible--through websites, blogs, LinkedIn, Facebook, Twitter, whatever. This will help you raise your voice while diluting your critics' impact in any online discussion. According to Bernstein, it's all about search engine optimization.

For example, he says, three factors play leading roles in determining which websites get listed on page one of a Google search: content that's relevant to the search terms you want to be associated with, content that's regularly refreshed, and the number of relevant links from other sites to your site.

Ultimately, be prepared to stick to your online strategy over the long haul. "It can take up to six months to really make a difference," Bernstein says, "which is why you also need the short-term approach."