How Luxury Hotels Are Bringing Back Business Travelers 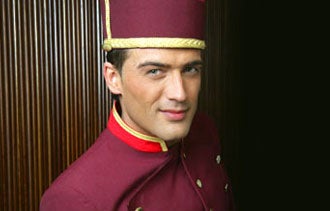 The man in the five-color tie walked out of New York's Sherry-Netherland hotel shortly before 8 a.m. one recent morning and turned left down Fifth Avenue. He was heading, I suspect, for a working breakfast at the Hyatt, the Westin, the Parker Meridien--anywhere that might send a more comforting message to a client or associate than a hotel with a $650-a-night rack rate.

Not long ago, you'd hear stories about upwardly aspiring businessmen who slept at generic chain hotels but scheduled their meetings in the lobbies of Mandarin Orientals and Ritz-Carltons. Some would go as far as to ride the elevator up so they'd be seen getting out of it when it came back down. Those days are gone. Now, executives who stay at the Ritz sneak to the Marriott for their omelets, lest a shareholder, limited partner or potential client accuse them of profligate spending. "They all got shellshocked by the AIG effect," says Michael Ullman, the Sherry-Netherland's COO.

He's referring to the disastrous publicity generated by the half-million-dollar, post-bailout blowout the company threw at the sun-splashed St. Regis Monarch Beach in 2008. For two years, fear of a similar backlash sent corporate executives, owner/operators and anyone else who didn't want to be seen living well on other people's money a notch or more down the hospitality pecking order. "It was a panicked reaction," says Offer Nissenbaum, managing director of the Peninsula Beverly Hills. Instead of Gulfstreams, they started flying business class, or even (gasp!) coach. Instead of limos, they hailed taxis. And instead of bunking down at the most luxurious hotels, they found out how the other 99 percent lived.

Turns out they didn't like it. It wasn't just the level of comfort, though there's that. But waiting in a taxi line or scrambling to find a shoeshine takes time, let alone trying to source AV equipment. It's fair to say, as Ritz-Carlton executives did when they started contacting former guests to woo them back, that staying in a cheaper hotel was actually costing the company money.

These days, you don't see many properties advertising how luxurious their beds are, or how pampered their guests feel in the new, multimillion-dollar spa. Instead, the pitch is all about making smart decisions. "The buzzword with our guests today is value," Nissenbaum says. "These are people who tried to migrate to other hotels, but for the difference in price--which really wasn't all that much--they found that they were missing out on a lot. Now they've migrated back." Even if they aren't exactly bragging about it.

I understood what he meant after a recent one-night stay at the Sherry-Netherland, where there's a liveried operator in each elevator and a full kitchenette in every room. I gave myself plenty of time to check out in the morning because I needed to retrieve bags I'd stored, but the whole thing was a perfectly coordinated, 30-second process. The doorman had a cab waiting before I could get from the front desk to the curb. I was tempted to stay for the eggs Benedict, which I'm told is the breakfast specialty at the famous Harry Cipriani restaurant just off the lobby, but I didn't dare. Someone might have seen me.

The Appearance of Value
Who profited the most from the AIG Effect? How about luxury hotels that don't sound especially luxurious?

The Hyatt Corporation's Park Hyatt brand is positioned as the equivalent of a Four Seasons or Ritz-Carlton, for example, but its rack rates average around $450 a night­--only slightly lower than those of super-premium chains.

Park Hyatts are the rarefied top of a pyramid that includes Hyatt Regencies and Grand Hyatts below. "We weren't flagged as a luxury brand," said Ernie Arias, who runs sales and marketing for Park Hyatt in North America. "It was a great opportunity for us to get the former Four Seasons, Peninsula and Ritz-Carlton customers."

It remains to be seen whether that success will hold if hotel choice is again perceived as a measure of success, as is still the case in Asia. "Over time, successful people will want everyone to know how successful they are," says an executive at a competing high-end chain. "Once we get back to that, you'll see executives making their statement at traditional luxury brands. The same perception that is now seen as a weakness for those brands will again be their strength."