Franchises a Draw for Minority Entrepreneurs 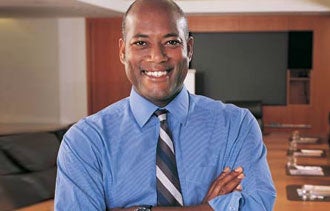 Franchises appear to be an increasingly strong draw for entrepreneurs from minority racial groups.

A greater percentage of Asians, African-Americans and other minorities are buying into franchised businesses, as opposed to starting their own independent businesses, says a recent study from the International Franchise Association.

And while white franchise owners remain dominant in the industry, their ownership percentage declined from 2002 to 2007 while minority representation edged higher.

"The rise in minorities is a reflection of demographic changes," IFA spokesman Matthew Haller said. "As more minorities establish themselves in the U.S., they are looking to control their destiny through business ownership." Franchising, he adds, "offers some stability that you may not get, going it yourself though a start-up."

In 2007, minorities owned 20.5 percent of franchised businesses, compared with 14.2 percent of non-franchise businesses, according to the report, prepared by PricewaterhouseCoopers, using data from the U.S. Census Bureau's 2007 Survey of Business Owners.

In 2002, minority entrepreneurs owned 19.3 percent of franchises, the report said.

The survey defines businesses at least 51 percent owned by those from a non-white racial group or of Hispanic ancestry as minority-owned.

Breaking the numbers down a bit: