Jane Porter
Writer and editor
January 13, 2012 5 min read
Opinions expressed by Entrepreneur contributors are their own. 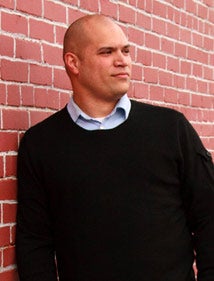 What could pediatrician appointments possibly have to do with Joe Merrick's business as an online precious metals dealer? When it comes to health insurance, the answer is everything. The 13 full-time employees of Merrick's Dallas-based Provident Metals have 30 children, all under the age of 15, with four babies born in 2011 alone. That means potentially high medical bills for everything from childbirth to vaccinations, which Merrick had to factor into his health-insurance decisions.

Like many small-business owners, Merrick, 34, had no experience with group coverage. "We had no idea how to even start looking for health insurance," says Merrick. But with some outside help he gradually learned how to navigate the health insurance system – and you can, too.

Here are six common mistakes to avoid when choosing your company's health-care coverage:

1. Don't go it alone. Whether it's insurance brokers or your state insurance department, reach out to experts for help. When Merrick began looking into his options, he didn't realize he could use a broker until he stumbled on an ad for eHealthInsurance.com, an online health-insurance brokerage. The broker presented 20 options and helped narrow his selection based on the demographics and needs of his employees. "It's a lot less daunting with someone in your corner," Merrick says.

Your state insurance department is also a good resource, providing details about such possible small-business benefits as health-insurance tax credits and joint purchasing arrangements with other companies that can reduce costs. 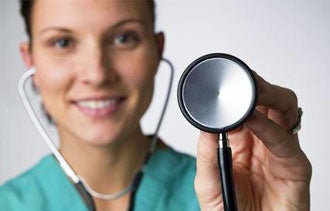 2. Don't assume one size fits all. When Merrick was settling on an insurance plan, he quickly realized a generic package wouldn't work for his employees who range in age from their early 20s to late 50s. To accommodate such a broad age span, Anthony Lopez, a small-business specialist at Mountain View, Calif.-based eHealthInsurance Services Inc., recommends providing employees with two or three plan options.

After consulting with his broker, Merrick decided to offer a health savings account that sets aside a percentage of tax-free employee wages toward healthcare and two group plans, including a less comprehensive one with a higher deductible and lower premium costs. "We have some single guys here and their premium is much lower," Merrick says. His company pays 80 percent of premium costs up to $650 a month.

3. Don't overlook employee opinions. Remember to include employees in discussions about insurance coverage both to understand their needs and to encourage them to take responsibility for their health-care spending, says Devon Herrick, health economist at the National Center for Policy Analysis, a Dallas-based public policy research organization.

"Educate them that this is not just free money. It's part of [their] pay." It also helps to talk with workers about adopting healthier habits and making smart choices, such as using generic rather than brand name drugs.

4. Don't scrimp on benefits. It's tempting to save money by forgoing benefits like dental and vision, but such extra coverage can be valuable in competing for talent. While dental care and chiropractic services aren't part of his company's health plan, Merrick reimburses each employee $200 a year per family member for dental care and covers the cost of a first-time chiropractic appointment and half the cost of subsequent visits.

"We need to have things those big companies have," says Merrick, who also offers gym membership reimbursement. "We are competing against them as much as we are with smaller companies."

5. Don't limit yourself to traditional plans. Sometimes a standard group insurance plan isn't the right--or only--choice. When Merrick realized a group dental plan would be far too costly, he asked local dentists if they would offer discounts to employees who pay with cash or checks. Merrick succeeded in negotiating discounts of as much as 40 percent for basic services like cleanings and X-rays at two dental offices, and he worked out a similar deal with a local chiropractor.

In some cases, offering a group plan isn't even an option. Mary Harrell-Paul, 51, founder of Crown Chauffeured Transportation, a Des Plaines, Ill.-based car service, wanted to provide health insurance, but not enough employees were interested to meet the minimum participation rate required for a group plan. Paul took an alternative approach, allowing the two employees in her 12-person company who want coverage to purchase their own insurance and reimbursing 90 percent of the cost.

Related: How 'Working Spouse' Rules Can Save a Company Money and Headaches

6. Don't neglect to reevaluate the coverage. With medical costs continuing to rise and the fate of the health-care reform law still uncertain, policies and plans will be changing rapidly. It's critical to stay on top of the latest developments, says Sandy Praeger, chairwoman of the Health Insurance and Managed Care Committee of the National Association of Insurance Commissioners. She also advises companies to track changes in the composition of their workforce that might warrant adjustments to insurance plans.

At least twice a year, Merrick asks his insurance broker to reevaluate his coverage and costs. As a result, he has changed insurance companies twice in four years to save money. "If you are not rerating yourself at least twice a year," he says, "you are really doing a disservice to your company."