How Pawngo Put a Modern Spin on an Old-Fashioned Business 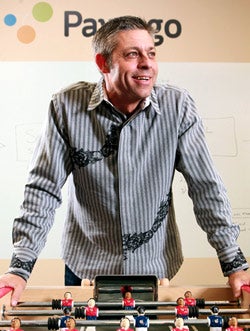 What it is
Since the History channel show Pawn Stars first started capturing viewers' fascination in 2009, the seedy image of pawn brokers has gotten a well-needed buffing. Industry veteran Todd Hills hopes Pawngo, his online pawn shop, will help him achieve the same kind of success as the show's stars, the Harrison family.

Related: Seven Ways to Whip Your Website into Shape

Just like a traditional licensed pawnbroker, Pawngo secures loans against items of value or buys the items outright. Once users enter a description of their item, Pawngo's team of experts makes an offer based on estimated resale value. If the user accepts the offer, he or she provides proof of identity and ships the item to the company's Denver headquarters; once it is received, the money is wired to the user's account.

How it started
Hills had been in the pawn industry for 25 years, building and selling several shops of his own. He realized that as credit markets dried up during the economic downturn, individuals and businesses were in need of new avenues to access cash.

"We were starting to see people who had never been in a pawn shop before, especially small-business owners who needed loans up to $50,000, and they couldn't get [the money] from their banks so were turning to pawn shops to cover their cash shortages," Hills says.

He decided taking the concept online would let him reach a much broader audience, without the headaches and geographic constraints of building, staffing and growing a retail pawn shop. He founded his web company in 2007 and launched the original site, InternetPawn.com, in 2009. That "too literal" name was tossed in favor of Pawngo, which launched in June 2011.

Why it took off
In 2010, Hill's business--which had already raised $800,000 in funding from Access Venture Partners and Daylight Partners--caught the eye of Lightbank, the $200 million Chicago investment fund whose partners had founded four successful internet companies, including Groupon. The Lightbank team ponied up $1.5 million in Series B funding.

The business case
Since the rebranding, Pawngo has paid out nearly $2 million to clients in 46 states. Loans range from $250 to $50,000 ($1,800 is the average). The company charges interest of 3 to 6 percent, depending on the item and the size of the loan. In September, Pawngo launched a small-business lending program that can make up to $1 million available in 24 hours with no credit check, based on the resale value of the merchandise. The company requires no principal payments until the end of the loan period.

What's next
So far, the company's focus has been on watches, high-end camera equipment and gold, but its category list is expanding. As it builds its retail sector, Pawngo will also earn the difference between acquisition and resale prices of the items it sells.