In Amish Country, A Lesson in Niche Marketing 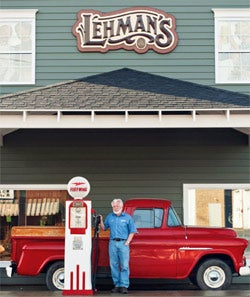 The values of the Amish community were the inspiration for Jay Lehman's eponymous hardware store.
Photo© Ross Mantle

Founded in the early 1800s, Kidron, Ohio, is home to fewer than 1,000 residents. But the town, in the heart of Ohio's Amish country (a community of about 40,000 people), is where you'll find Lehman's hardware, a business that, since 1955, has expanded from a small storefront to an internationally known, 42,000-square-foot showroom.

Founder Jay Lehman loved the values of the Amish community surrounding Kidron. Unable to imagine a world without that culture, he bought a hardware store and set about building a business to serve the population's needs (and preserve its way of life). The store specialized in nonelectrical tools and appliances.

That focus has served Lehman's well. The business now has customers far beyond its original Amish base. In fact, Lehman's is a leading supplier of historically accurate period artifacts for major films such as Pirates of the Caribbean and Gangs of New York. But the Amish and Hollywood prop departments aren't its only customers. Up to 500,000 people shop at Lehman's and its outlet store annually (products are also available via the company catalog and on Lehmans.com), and that growth came from an intense focus on niche marketing.

"If you think building a niche business can't work, think again," says Glenda Ervin, vice president of marketing for Lehman's (and Jay Lehman's daughter). "The secret to a successful niche business is realizing that it isn't about you. It's about the customer." Ervin notes that to truly grow, the company had to figure out how its products could fit into the lives of current and new customers. "Markets are finite," she says. "If you don't open up how you think about niche, you're going to run out of customers." Lehman's used some smart tactics to add depth to its niche. 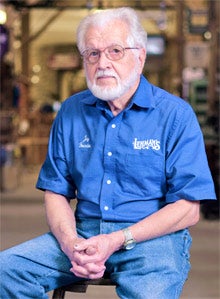 Think about how your products could be used in new ways, and by different people. "It's like being a company that makes high-end running shoes and completely missing the opportunity to market to the college kids who wear them because they think they're hip," Ervin says.

Teach people how to use what you sell and make them aware that you sell it. Lehman's sells everything from washboards to canning supplies. But do people really need or want this stuff? The company hosts "From Plant to Plate to Pantry," an education series geared toward consumers who want to learn how to grow and can their own food. Tabletop butter churns are displayed filled with daffodils. A musician just bought a washboard for his band.

Above all, a niche business has to be strong in one area: the chosen niche. "By being a constant student of your business and your customers, you'll set yourself apart," Ervin says. She knows what she's talking about. Fifty-seven years after her dad opened the store doors, Lehman's is still growing--and still family-owned.