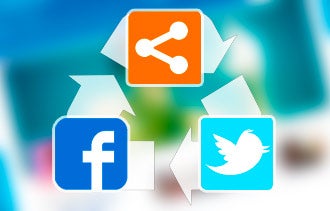 If you use Facebook regularly, you may notice the small ads on the top right-hand side of your page. These bring in the bulk of Facebook's estimated $4 billion in annual revenues.

If your company already uses social media for marketing, it's time to think about the possibilities of social advertising, which offers huge audiences and the appeal of targeted, viral marketing.

"Social advertising really is a game-changer, especially for SMBs [small- to medium-sized businesses], because they can capitalize on the reach of these networks and drive a significant number of clicks for the budget," says Tom Edwards, vice president of digital strategy with The Marketing Arm, a promotions agency in Dallas, Texas.

Another significant advantage is the amount of detailed information freely available on prospects. "Facebook knows so much more about us than Google, it's not even funny," says Jay Baer, a social media marketing consultant based in Bloomington, Indiana. "Facebook is the biggest online advertising platform in the world."

If you're already using Twitter and Facebook, why spend money on advertising? "If you have a new page, are launching a new product, or running a special promotion, that's a great time to do an ad as an initial slingshot," Baer suggests. Do a two-week trial, and see what happens.

Which sites are best?
The sites with the most eyeballs and strongest ad platforms include Facebook, LinkedIn, YouTube and Twitter. While Facebook is the top social media marketplace, don't underestimate LinkedIn if you sell to other businesses. LinkedIn has improved its platform by offering user-driven ads, which appear on members' profile pages based on targeting criteria like job title or location, Edwards says. Business-to-business marketers may also have luck advertising on smaller sites such as SlideShare, Baer adds.

How does it work?
As with other online ads, social advertising gives buyers a choice in payment: cost per click (CPC) or cost per impression (CPM). The latter means you pay a set amount for your ad to be seen a thousand times, and it's ideal for campaigns focusing on brand awareness, says Edwards. CPC is typically cheaper -- the rate depends on demand associated with keywords in your ad -- and is the best option when a company wants to acquire customers. "CPC has less reach but is more targeted, and people are more likely to respond to your brand," Edwards explains.

For CPC ads, it's easy to set the criteria for targeting, and you can define a narrow audience. "Social advertising can be really affordable for a small business," Baer says, explaining that companies can set a dollar limit per day, after which their ad disappears until the next day. Baer's LinkedIn ad campaign for his consulting business costs him just $125 per month, with an average of $2.50 per click. The site offers a handy guide for best practices in advertising.

Social ad copy needs to be freshened more often than other online ads, since active users visit the site at least daily. Ads also need compelling images and clear direction, such as "'learn more,' 'click here,' 'like this,'" Edwards says. Finally, it's critical to test concepts to determine what works.

Getting outside help
Testing ads is what almost put Bill D'Alessandro, co-founder and CEO of Denver-based skin care company KP Elements, over the edge. "I was spending hours every week trying to figure out which keywords were working," he says. He eventually hired Trada, a crowdsourcing service for online advertising, to help him improve the performance of KP Element's Google ad promoting a skin treatment. The company helped him decrease his cost per acquisition (CPA) from $36 to $12 in a month, through refinement by Trada's Google AdWords optimizers.

After venturing into Facebook ads with a goal of targeting a narrow audience, D'Alessandro went back to Trada for help. "You could test 100 different combinations of headlines and body text to figure out which ones make the right people click on your ad," he says. "Facebook is much more complicated, because you're adding an image. Now I have six or seven optimizers working on my campaign." The service doesn't cost KP Elements a dime -- if Trada cuts costs by decreasing the CPA, then it gets a cut of the savings -- making it  a win-win model for both parties.

Since placing 390 ads on Facebook with the help of Trada, KP Elements' CPCimproved by 45 percent, and its click-through rate (CTR) rose by more than 140 percent. "I also got back 20 hours a week," D'Alessandro says.

Whether it's through crowdsourcing, a marketing agency or a social-ad buying and testing service like Adaptly, most small companies need help running social campaigns. You'll need to spend adequate time optimizing the ad, defining your audience and reviewing statistics, Baer says.

Another caution is that advertising on premium sites like Facebook can be expensive. "You may need 20 clicks to convert someone, compared with maybe 10 on Google," D'Alessandro says. Yet when he acquires a lead or customer on Facebook, he's much more confident it's a qualified customer who will reorder.

Social advertising is still largely unproven, and there's more risk in advertising on sites where people just want to network or chat with friends. "I learned that people aren't always in a buying mind-set," D'Alessandro remarks. Yet with Facebook and Twitter now counting 800 million and 200 million users, respectively -- and LinkedIn at 135 million members -- this is an audience you can't easily ignore.