Facebook's 3 Biggest Ecommerce Mistakes and How to Avoid Them

Jonathan Blum
May 17, 2012 min read
Opinions expressed by Entrepreneur contributors are their own. 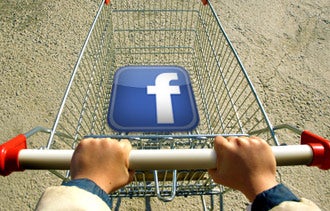 Despite Facebook's billions of users, it turns out many of them are far from enamored with the massive social network when it comes to ecommerce. Some 54 percent of people who participated in a recent AP-CNBC poll said they don't feel safe using the site to purchase goods or perform financial transactions.

Is it time for your business to pull the plug on using Facebook as an ecommerce tool? Not necessarily. Ahead of Facebook's IPO, here are the three biggest ecommerce mistakes it has made and how you can avoid making them in your own online sales efforts:

1. Making it difficult for the customer to buy.
Transacting directly on Facebook can be surprisingly cumbersome for customers. In order to browse or buy anything on a Facebook store, customers usually have to first install a shopping cart app such as Payvment, which in turn has to be connected to a credit card or PayPal account.

Instead of reinventing the wheel with a full-on Facebook store, try using the site as a means of isolating and converting potential customers. Direct fans to a full-featured ecommerce website, using a shopping cart. Consider ecommerce firms such as Austin, Texas-based Volusion, which starts at $19 per month, or Big Commerce, which starts at $25 per month.

Related: Five Ways to Turn Your Website into a Sales Machine

2. Marketing to anyone and everyone.
Facebook offers a remarkable number of ways to target specific users based on where they work, what they've liked and who their friends are. The problem is as the group you are selling to grows, so can your expenses.

The trick is to keep things small and manage social information strategically. Use the advertising function as if it were a high-end behavioral targeted marketing service by using Facebook as a scalpel, not a hatchet. For example, if you're an Ohio-based sportswear company, target users who say they like the Cleveland Browns football team, not users who like the NFL. Overly simple campaigns eat through an advertising budget remarkably quickly.

Related: How Shopify Became the Go-To Ecommerce Platform for Startups

3. Not knowing when shopping is social, and when it isn't.
Let's not forget about privacy settings, which often have to be adjusted to guarantee that Facebook won't be sharing unwanted updates with your customers about where they are shopping and what they are buying. Customers will ultimately hold both you and Facebook responsible for not managing their privacy.

Where Facebook shines is the ability to connect with your customers. Third party app developers have created phone and text apps such as ShoutOUT Speech-to-Voice and even word processing tools including Docs by Microsoft that can be triggered by posts on Facebook. Make sure your page is set up to manage concerns, queries and issues for your customers.

Active management is key. "Set it and forget it" doesn't work offline, and it won't work on Facebook either.

What issues have you experienced with Facebook's ecommerce features? Let us know in the comments section below.