6 Lessons in How to Build a Successful App

The winners: Angry Birds, fart generators, doodles. The losers: almost everyone else.

Thanks to fairy-tale success stories, "app-preneurs" abound. But the truth is that most apps lose 76 percent of their consumers after the first three months of use--which means that even in the unlikely event your product is chosen from among the daily App Store deluge, any ad or freemium revenue streams would dry up quickly.

So how do you build an app that will attract loyal users, one that's strong enough to support a profitable company? To find out, we went behind the scenes at Los Angeles-based inMarket, the development firm responsible for CheckPoints, a free shopping app that allows users to check in at more than 1 million retailers to earn discounts toward goods -- essentially digitizing paper coupons, bridging online and offline commerce.

Todd DiPaola, president of inMarket, and his brother Mark, CEO, sold their El Segundo, Calif.-based marketing agency Vantage Media in 2002 for roughly $150 million and used those proceeds to develop CheckPoints, which launched in late 2010. Now they're gearing up for a sequel app, List Bliss--this time, backed by a team of 20 and some lessons from "a month of hard knocks."

What they learned on the first go-round was that rushing the development process can lead to a buggy product. "CheckPoints encountered difficulty with a few bonus features we wanted to add at the launch," Todd DiPaola says. "We wound up removing them until a later version when we could give it the focus it needed.

"Building an app is like building a house," he adds. "You need to put time into thinking about what the rooms are going to look like before you start building." That attention to detail has paid off: The inMarket network has more than 20 million users. 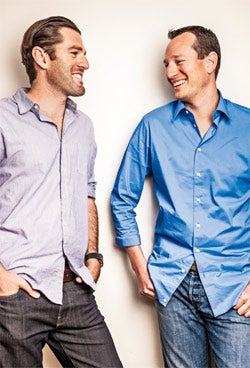 "Building an app is like building a house. You need to put time into thinking about what the rooms are going to look like before you start building."
--Todd DiPaola, InMarket

With the launch of List Bliss, inMarket is offering a user-friendly tool for creating grocery lists. It's the first in a suite of planned apps aimed at simplifying mobile shopping. The app allows users to scan bar codes to add items to their lists; it also keeps track of ingredients already in their pantries, enables sharing of lists with family and friends for more efficient trips to the store and incorporates coupons and product reviews. It costs nothing to sign up; an ad-free premium subscription version is $1.99 per month.

"With List Bliss, we've made it a point to keep the feature set focused, so any launch bugs can be corrected easily," DiPaola says. "We have a ton of new features in store for our users a few weeks after launch, but right now our priority is to make a rock-solid version 1.0."

Here's how a critical weekly progress meeting at inMarket went down, along with general tips for businesses to keep in mind for their own app-development processes. But the most important piece of advice may also be the most obvious: As DiPaola says, "It should just work."

For six weeks, Todd DiPaola and his team--vice president of technology Kiran Rao, vice president of production Ricky Juarez and three other development staffers--have been brainstorming. They've checked out the competition, evaluating the features in existing list apps, and they believe they have come up with a product that will appeal to their target market: the Midwestern mom, a "fresh" smartphone user who doesn't even know she needs a better shopping list.

The login page is a cartoon cow pasture with a nerdy but cute mascot named Mr. Listo, whose purpose is to add "sparkle" to the app. (This worked well with Mr. CheckPoints, who's so beloved, his fans have requested toys and stuffed animals in his image.) Mr. Listo will show up in animations while List Bliss elements are loading; say, chillin' and sipping a drink as items are crossed off the grocery list.

First on the agenda is user sign-up. The process for Facebook and e-mail logins gets the OK from the team. But a proposed one-step Register and Subscribe button is nixed; the developers figure that even if 10 percent of users want the premium version, the 90 percent who would want only a free version might see the option as a roadblock and get turned off or confused.

Lesson learned: The fewer registration buttons, the better. Impatient users will look for any excuse to back out of downloading an app.

The home screen has three proposed feature buttons: Grocery List, Pantry Inventory and History. But some on the team think not enough people will use History to justify the effort and expense it would take to build it. However, shelving it for a future release or premium feature is a possibility.

"It's a cool feature, but let's see if users want it," Juarez suggests. "If they do, we'll add it, and it will show them that we're improving the app and listening to them."

Lesson learned: Watch out for feature creep. A great app is designed with a specific set of purposes in mind, and when you add unnecessary items, you dilute that functionality.

The heart of the product, the Grocery List, went through many iterations as the team considered potential uses. "There were, like, 87 versions of this," DiPaola estimates. The challenge is to offer functionality that appeals to a broad spectrum of users--from those who want the app to work as a simple digital notepad, to "power users" who want the ability to keep track of very specific items (e.g., Golden Delicious vs. Fuji apples), make notes, create categories and even break the list down into price per item for budgeting ease. The solution? The app opens to a default Grocery List screen, with an Edit button that takes power users to their own page for additional functions.

Lesson learned: To make people devoted to your app, offer features no one else has--but make sure the design is flexible, customizable and intuitive.

The most heated discussion revolves around the Save buttons on the Edit page. Some on the team argue that app users are aware that changes are saved automatically, so there's no need for buttons that take up precious screen space. Others think moms need to be reassured their changes are "safe." A compromise is reached: A large, central Save button stays, but a redundant button that had been in the upper-right corner is eliminated to cut down on screen clutter.

Next, one developer pulls out his iPhone to demonstrate a problem on the working List Bliss prototype. He shows that moving items on a list by dragging them around interferes with the Delete action. To fix this, the team decides that accessing the drag function will require an additional action--a tap or a hold--to distinguish between the two gestures.

Lesson learned: Sweat the small stuff. Every design element must be considered in terms of efficiency and functionality. Also, keep testing even the most minor functions, because as the app goes through its iterations, new problems can be created where none previously existed. 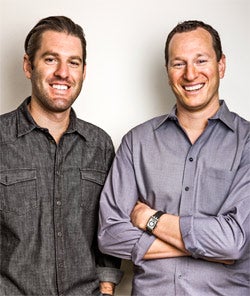 "It's inevitable there will be at least one bug, or a developer will get sick, so we try to prepare before the hurricane hits."
--Todd DiPaola, InMarket

To celebrate the launch of List Bliss, DiPaola has commissioned a Mr. CheckPoints piñata. But even before the party is over, there will be troubleshooting (not to mention the scramble to create tablet and Android versions of the app). "It's inevitable there will be at least one bug, or a developer will get sick, so we try to prepare before the hurricane hits," he says.

It helps to have beta testers give perspective on simplifying user experience. "Sometimes you're just too close to the product," DiPaola says, noting that a great last-minute change made by his team involved consolidating two input fields into one. Bigger changes will be deployed in version 2.0.

Additionally, a few weeks before launch, inMarket built up a customer-support system. The team partnered with a company that establishes the infrastructure for a customer-support ticketing system and spent time bolstering the self-help section of the List Bliss landing page. That last item is one many developers don't realize they need until after launch, when they start to see the bad reviews from unhappy users.

Lesson learned: Don't be afraid to make last-minute tweaks or to let a trusted outsider test your product. Obvious solutions might not seem so obvious at the beginning of the process or to those deeply involved in the development. Try to anticipate potential usage problems and have customer-service options in place.

Although List Bliss has a big head start on user acquisition because of CheckPoints' existing user base, inMarket has planned a comprehensive marketing strategy for the new app: going after coverage in media and blogs; search-engine marketing; in-app advertisements; and Facebook data mining. And DiPaola is trying to keep things creative.

"For CheckPoints, we did a fun video showing Mr. and Mrs. CheckPoints shopping that was well-received," he says. "We're working on one for List Bliss, because it's good to have something entertaining that people can relate to, and will hopefully go viral and reach more users."

When it comes to reviews, it's important to hit the App Store "hard and high," DiPaola says. The more four- and five-star reviews you get at the beginning, the higher your app will rank on Apple's charts--and the easier it will be for people to discover your product.

Lesson learned: For the few apps that manage to go viral, great. But don't expect users to grow on trees. You need to get out there and woo them.