By Barb Dybwad October 23, 2012
Opinions expressed by Entrepreneur contributors are their own.

Silicon Valley may be America's most famous nebula of tech startup stars, but it's getting some serious competition a short hop down California's coastline.

With a robust system of incubators and accelerators producing a flurry of new companies -- more than 1,400, according to the AngelList startup community -- Los Angeles is looking to make a name for itself as a prime destination for putting down business roots.

Better weather, more affordable rent and proximity to the entertainment industry are just a few of the factors driving the L.A. startup scene's growth. Many of the ventures in what's been called "Silicon Beach" are tapping into the power of celebrity users and investors to drive awareness.

We spoke with the founders of three hot startups in the area about their success and key lessons they have learned piloting their ventures.

What began as an iPhone app for sharing short user-generated video clips has grown into a community of 40 million users. An array of celebrity devotees have signed up for or endorsed Viddy including Jay-Z, Justin Bieber, Will Smith, Mark Zuckerberg and Twitter co-founder Biz Stone.

"Fifteen-second Viddys are the '140 characters' of video for people in Hollywood who create, share and consume with an online community," says Viddy co-founder JJ Aguhob.

The founders say their focus is on attracting more users and improving the product. Strategies for generating revenue -- such as in-app purchases for premium video effects, celebrity-sponsored add-ons, cloud storage and uploads of longer videos -- are still being worked out.

Startup lesson: Put users first.
"To build a business organically, it 110 percent starts with the product and an experience that people can care about and easily engage with," says co-founder Brett O'Brien. "If you treat your venture as your passion, others will take notice and be drawn to your work."

Related: 9 Cities You Wouldn't Think Are Hubs for Tech Startups 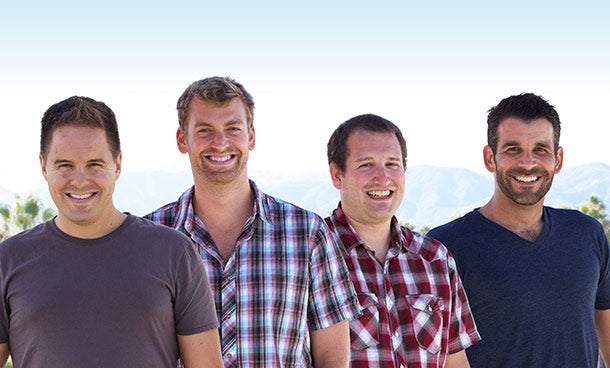 Facebook's $1 billion purchase of Instagram has excited more than just that company's options holders. Other startups see the photo-filter and sharing app as a new platform worth building an ecosystem around.

In the case of Instacanv.as, its four founders saw an opportunity to turn pictures taken with Instagram into real artwork. Instagram "artists" can easily set up an online gallery enabling sales of their creative phone photos as physical media. Products include traditional canvases, framed prints, and a unique one-inch thick acrylic glass product dubbed The Prism.

A short six months from launch, the site is powering galleries for more than 100,000 photographers in more than 30 countries, says co-founder and CEO Matt Munson.

The product began as an online education site, operating solely on seed money. The team quickly changed course, based on the founders' interest in Instagram and their desire to buy their own prints. Instacanv.as suddenly grew "way faster and more wildly than we ever anticipated," Munson says.

A graduate of L.A. accelerator MuckerLab, Instacanv.as has raised nearly $2 million from several groups, including FF Angel, First Round Capital and Bullpen Capital. The company says it has been exceeding a $1 million annual revenue rate since launch.

Startup lesson: Iterate quickly.
The Instacanv.as founders stick to the lean startup methodology of Eric Riess and to testing and learning on the fly. "If something's not working, try iterating very quickly to find something that does work," Munson says.

Related: The Next Big Wave in Tech -- And How Young 'Treps Can Surf It 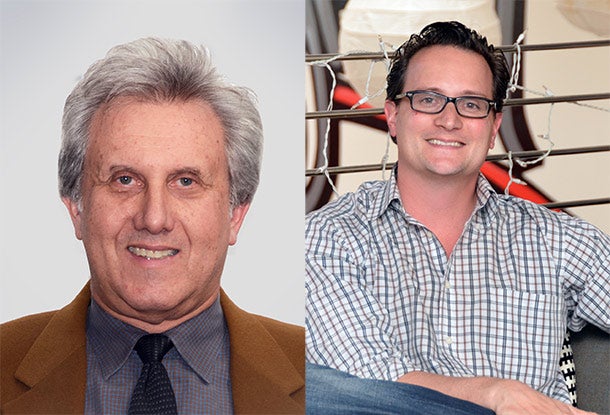 Norm Schifman and James Citron, founders of Mogreet
image courtesy of the company

Based in Venice, Calif., Mogreet began as a mobile greeting card delivery service. The company eventually pivoted, turning its mobile media platform into a tool for marketers to deliver text and multimedia message campaigns. The company now licenses its mobile marketing services to Fortune 500 companies.

Over the past two years, the company's mobile video messaging volume has grown by 400 percent, and Mogreet expects to increase revenue by the same amount in 2013, "as consumer brands, advertisers and mobile developers look to the mobile phone as the primary screen to engage with their audience," says CEO and co-founder James Citron. The company is profitable, with revenue coming from annual brand contracts in the range of $50,000 to $500,000, monthly messaging fees and third-party developer adoption.

With total venture capital of $14.1 million, Mogreet is supported in more than 175 countries and reaches two billion consumers. Most recently, the company launched an API service that gives developers a way of delivering text and multimedia messages, in-app messaging and more in their own apps.

Startup lesson: Don't be afraid to expose your idea.
Listen to the opinions of friends, customers and others, "and use them to create breakthrough products to evolve your ideas and, ultimately, build great companies," Citron says. "Ideas are a dime a dozen. Execution is everything."

Related: How Gigmark Turned the Mundane Flash Drive into a $10 Million Business

Based in Los Angeles, Barb Dybwad has covered and led online editorial teams in technology for the past decade. Specializing in consumer electronics, social media, digital entertainment and personal development, her work has appeared in Forbes, CNN, ABC News, USA Today, Yahoo News, Mashable and Engadget, among others.

10 of the Most Overhyped Credit Card Features