How to Build Your Business to Attract Buyers

When Loren Bendele started online coupon company Savings.com in 2007, he wondered why traditional paper coupon companies didn't have more of an internet presence. It was a simple idea that filled a niche in an established market.

While his marketing plan initially was designed to attract customers, it also was meant to gain the attention of prospective acquirers--and it did. In June 2012 Bendele sold Savings.com to Cox Target Media, parent company of Valpak, for a reported $100 million.

"We always thought the traditional coupon players would be looking for ways to migrate their business," Bendele explains. So he intentionally built his company to sell.

Ken Wisnefski, meanwhile, has flipped two companies and now runs Mount Laurel, N.J.-based WebiMax, which provides internet marketing services such as search engine optimization. His first tip on building a business to sell? "You should treat [each company] as though you are going to keep it for 100 years," he says.

In other words, starting a company with the intention to flip is not so different from starting any company, but it does come with its own set of guidelines.

"With very few exceptions, startups get bought, they don't go public," says Nat Burgess, president of Bothell, Wash.-based Corum Group, which provides mergers and acquisitions advice for the software industry. "The ones that go public go through so many funding rounds and recapitalizations that they are thoroughly vetted by the time they file for IPO. For the other 99 percent of startup companies, proper planning and strategy are critical to a successful sale. Without a good business, quality team and solid execution, there is no exit."

Nate Redmond, managing partner at Rustic Canyon Ventures in Santa Monica, Calif., was one of the venture funders of Savings.com. He stresses that the business itself is more important than any exit strategy. "Rarely do we make an investment with the stated intent to sell," he says. Instead, the investment decision is based on market conditions, competitive position and company execution. "The best companies are bought, not sold," he adds. "We believe it is important to keep the focus on the long-term horizon until buyers come calling."

However, nearly every entrepreneur and investor who has been through a sale says there are crucial ingredients to any exit plan. Above all, the company needs an easily adaptable product or concept, clean books, good old-fashioned buzz, delegated authority and attention to the customer mix. Finally, the details of daily management have to support a company's long-term growth. "Startups get acquired because the acquirer believes they can scale up the company," Burgess says. "If the company is held together with duct tape and baling wire, it won't scale. Even though they start small, entrepreneurs have to think big from day one."

Rule 1: Carefully consider the shareholder mix.
Companies need a shareholder agreement and shareholder base that will make thoughtful decisions when it comes time to flip. "Taking capital from a strategic investor that is also a competitor could block a proposed sale," Burgess says. "It is flattering to be courted by a large company that wants to own a piece of your startup, but you may not be able to sell to their competitor, even if all the other shareholders favor the deal."

Equally damaging, he adds, is a scenario in which one shareholder has unrealistic valuation expectations and blocks the sale or exercises dissenter rights. In particular, this can be an issue with relatively inexperienced angel investors.

Bendele pursued financing that would support his goal of selling. He kept the capitalization table simple and worked with a fairly small number of investors: U.S. Venture Partners, Rustic Canyon and several angels. Additionally, his relatively simple product and business model were designed to be smoothly integrated into an acquiring company. That made it easier to get a consensus when the offer from Cox Target Media came.

At WebiMax, meanwhile, the employees have a say: Wisnefski gave an ownership stake to the staff through a profit-sharing program. "It gives everyone a good feeling if the company should actually sell," he says. Employees tend to be more supportive of new owners if they have had a voice in--and shared in the profits of--their company's sale.

Rule 2: Keep it clean.
It's not just the product concept that needs to be simple, but the business structure, too. The founder's own investment in the company he or she is attempting to flip must be free of entanglements. Wisnefski, for one, says he has learned to keep his transactions transparent and to track them diligently.

It's easy for entrepreneurs to get sloppy about putting money into and taking money out of their own company. What's more, if founders are arguing about ownership, the buyer is likely to balk. Wisnefski cautions that anyone planning to sell should avoid commingling of personal and company funds.

Clean financing goes beyond the ownership structure. Wisnefski stresses that buyers are looking out for inconsistencies; if the due diligence doesn't match up with the presentation, they get skittish. Such inconsistencies may stem from legal issues, asset valuation, procedural problems or even employee relationships.

"Make sure everything is completely closed down," Wisnefski says. "If you have issues, make sure they are in the forefront." It may cost a little in terms of valuation, but full disclosure saves time and money all around--and can make or break a deal.

Rule 3: Know your audience and your market.
Every new company should have a thorough market analysis. For a business that aims to be sold, part of that is determining who potential acquirers might be. "It's a good idea to look around the space and see what kinds of transactions are out there," Wisnefski says. Some businesses are easier to sell than others, and most have competitors that would also be willing to entertain an offer.

Yet Wisnefski cautions against getting overly excited about bubble valuations: For every Instagram selling for $1 billion, there is a Digg selling for $500,000; for every Digg, there is a company that disappeared into obscurity. 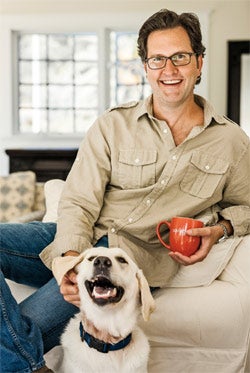 "You spend about 5 percent of your time thinking about your exit and the other 95 percent building a real business."
--Loren Bendele, Savings.com

Rule 4: Delegate.
Many new companies revolve around their founders; a business built to flip cannot. "You want to build a culture, not a cult," Bendele says. Part of that is distributing responsibilities throughout the organization. The buyer needs to know that the business can survive without the founder, and the founder needs to concentrate on growing the company, rather than taking care of day-to-day operations.

As part of its management system, Savings.com relies on an internal wiki provided by Atlassian, an Australian software company. All employees use it to list their roles, responsibilities, sales reports and related information. It helps Bendele run the business better, and it makes it easy for potential buyers to see what exactly goes on within the company at a fundamental level.

Rule 5: Choose staff and customers wisely.
One area that Bendele had to address was personnel. "When you start a business, you can't always bring in the people you need to sell a business," he says. His early hires were relatively green junior staffers. As the company grew, Savings.com was in a better position to make more experienced hires.

It is never easy to let people go, Bendele says of his decision to replace early workers, but it became necessary as he approached the possibility of a sale. "I really stayed true to my word that I wanted to do what was best for the business," he says.

Entrepreneurs also need to consider their ideal customer base. "A startup that is eager to win an early customer may bend over backward to accommodate their demands, rather than negotiating through them or walking away," Corum Group's Burgess says.

But some customer agreements could turn off potential acquirers. Often, large companies ask for and receive contract terms that protect their interests, such as source-code escrows or other rights in intellectual property, uncapped services obligations and change-of-ownership controls. Such relationships will likely affect the value of your company to a potential acquirer. Further, having a customer who is a competitor of a possible acquirer could kill a deal outright.

Rule 6: Toot your horn.
If you've followed the first five rules, the sixth should be easy: Tell folks what you've done. Good buzz from a public or media relations campaign is crucial for driving interest among consumers and potential acquirers, as was the case for Savings.com. Invest in a marketing campaign that includes effective SEO strategies, and in analytics that demonstrate your product's value.

It all comes down to building a company that's smartly run and transparent--like every business should be. No matter your long-term intentions upon launch, the basic rules are the same. As Bendele says, "You spend about 5 percent of your time thinking about your exit and the other 95 percent building a real business."