By Jennifer Wang September 28, 2013
This story appears in the September 2013 issue of Entrepreneur. Subscribe »

Dig Dug. Centipede. Asteroids. They're just three of the 1980s video games that kept many a Gen Xer hanging out in dark arcades on sunny days. Now they're among the more than 500 titles that Dream Arcades loads into '80s-style game consoles designed for the home or office. 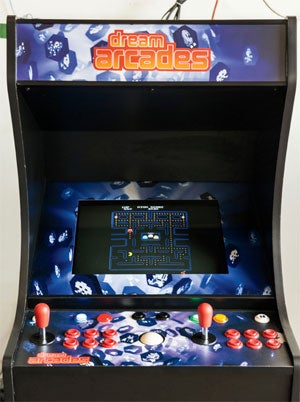 "Nostalgia sells," says Michael Ware, who co-founded the Rancho Cordova, Calif.-based company with wife Michelle. And business is booming. Dream Arcades is the largest manufacturer of non-coin-operated arcade machines in the world. Last year the company broke $1 million in sales; for 2013 so far sales are up 20 percent, thanks to a growing number of residential customers and corporate orders from the likes of Google, Microsoft, Apple and Disney--demonstrating the universal desire for a kick-ass rec room or break room.