Real World Work-Life Balance: How to Find Your Entrepreneurial Zen

By Michelle Goodman October 15, 2013
This story appears in the September 2013 issue of Entrepreneur. Subscribe »

Julie Fredrickson jokes that she's running her startup wrong. By not compulsively working every waking hour, the 29-year-old knows she's defying some sort of macho entrepreneurial code. "But I just haven't found that to be the path to success," says the co-founder and CEO of playAPI, an enterprise software company in New York.

Instead, Fredrickson accomplishes what she needs to in 10 hours or less each day and rarely works weekends. She eats well, runs triathlons, powerlifts and sleeps at least nine hours a night. She regularly spends time with friends and frequently travels to visit her parents in Colorado and brother in Georgia. "I am strongly in favor of a balanced life," Fredrickson says. "I think I am a better entrepreneur for this decision."

She's also a successful one. Since its launch in March 2012, playAPI has reeled in more than $1 million in revenue. Clients include big brands such as Gap, American Express and Kate Spade. 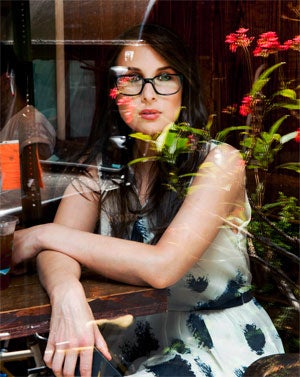 Fredrickson hasn't always taken such a Zen approach to work. Growing up in an entrepreneurial household, she was exposed to "that always-on way of working" at an early age and figured it was the only way. While running her first company--Coutorture, a fashion and lifestyle ad network she started at age 22 and sold two years later--a typical day involved 12 hours at the office, followed by a night of schmoozing at industry events and a scant four hours of sleep.

"I don't think I got anything more done than I do with playAPI," Fredrickson says of her "insane" Coutorture schedule. "You hit a point of diminishing returns."

Despite the abundance of startup founders who take pride in the fact that they haven't had a day off since the Bush administration, it's not hard to find successful 'treps who hold their downtime dear. Here's what they do to stay present and focused in their professional and personal lives--and how, with a mindset shift and some work tweaks, you can, too.

Joshua Weiss, 38, is the first to admit that working longer and harder doesn't always translate into accomplishing more. In his 20s, Weiss founded 1-800-Tow-Truck, a national roadside-assistance company. At the time, the Linden, N.J., entrepreneur didn't think twice about putting in 18-hour days, six days a week, despite the flagging energy and dwindling attention span that plagued him most evenings. "Your brain's just not going to work as well, and you're going to miss things," says Weiss, who embraced a more manageable schedule in 2010 when he started Edison, N.J.-based TeliApp Corporation, a mobile app company. "It doesn't matter how many cups of coffee you have. It doesn't matter how many donuts you eat."

Fundable.com CEO Wil Schroter, who has founded nine startups in the last two decades, agrees. "The only reason to work harder is to get more output," Schroter says. "If you're crashing all the time, you're wasting that." After years of "running at full sprint," the dad of a 20-month-old daughter recently decided to slow down to a trot. By logging how he was spending his 16-hour workdays, Schroter realized he was operating at peak performance just four hours a day. By the time Friday rolled around, he was running on fumes. "It's not that I'm not productive," he says. "It's just that as a human being, I can only be so productive."

Schroter now paces himself throughout the week, stepping away from the desk to recharge when his energy dips, rather than scrolling Facebook. To encourage Fundable's 22-person staff to do the same, Schroter has implemented a 3 p.m. companywide "recess," when employees are encouraged to take a walk, play sports, read a book or otherwise disengage for 30 to 45 minutes. This oasis is still a work in progress at the year-old Columbus, Ohio, startup--staffers sometimes find it hard to tear themselves away, Schroter admits--but those who do partake say it helps them stave off the dreaded afternoon slump.

Darren Gallop, another formerly overworked 'trep, likens growing a startup to running a marathon. Contrary to popular belief, your workload doesn't ease up once the venture is off the ground and the revenue starts rolling in.

"The pressure and demands get greater as your team grows and your client list increases," explains Gallop, CEO of Nova Scotia-based Marcato Digital Solutions, which builds software for musicians and festivals like Coachella. "Today's problems will be replaced with larger ones in the future." Yes, you need to remain swift and nimble, he adds, but you also need to save your strength for the finish line.

Hack Up the Workday

Jon Sterling knows that if he spends all day reacting to demands from colleagues and customers, he'll never make a dent in his to-do list. So the 34-year-old CEO and former time-management consultant reserves 8 a.m. to noon of each workday for calling and e-mailing potential customers and business partners--activities essential to building his online startup, Agent Finder, which matches home buyers and sellers with real-estate agents. He doesn't check his phone, e-mail or Twitter feed first; he stays focused on the task at hand.

"Whatever 'emergencies' that exist at 8 a.m. will still be there at noon when I'm ready to deal with them," says Sterling, who's based in Las Vegas and usually works a total of 30 to 35 hours a week. "It's very easy to get caught up in other people's stuff if you don't have a clear plan."

Unlike Sterling, Weiss doesn't have the advantage of working with a virtual team. TeliApp manages 11 full-time employees and half a dozen interns who work on-site. For Weiss, getting home early enough to make dinner for his wife and three kids is a priority. That means staying laser-focused at the office, no matter how enticing the Game of Thrones conversation his colleagues are having. "For me the hours of 9 a.m. to 6 p.m. are 99 percent work-related," Weiss says.

Karen Macumber, a single mom of two teenagers, takes a different tack. Rather than clocking out at the same time each day, the CEO of Lifeables, a Boston-based online scrapbooking service, "clocks in" when unexpected pockets of free time arise outside the office. An organization ninja, the 50-year-old always travels with extra work on hand and relies heavily on mobile tools like Dropbox and Google Docs. When it's her turn to drive her kids' lacrosse carpool, she plans a conference call or drafts an e-mail while waiting in the car.

"It's setting yourself up so you can be flexible," she says. "But that also requires you to be incredibly well-organized."

Laura Vanderkam, author of several books on time management, including What the Most Successful People Do Before Breakfast, rejects the idea that the startup life leaves no room for personal pursuits. "I could find people who have very full personal lives whose businesses are bigger than yours," she says. "It does not inherently follow that your business has to take up all your time. That's a choice."

To choose life outside of work, determine your non-negotiables--a weekly dinner with friends, volunteering--and commit to making them happen. "Those are all things that make you feel like you are still bringing it for the rest of your life," Vanderkam says. "They don't have to be profound."

After eight years of doing nothing but running 1-800-Tow-Truck, Weiss admits his personal life was a wreck. His marriage had gone belly up. He'd become estranged from friends and family. He had no hobbies, no way to blow off steam. Due to poor diet and lack of sleep and exercise, he'd gained 100 pounds.

When he started TeliApp (after remarrying, having two more children and getting back in shape), he wanted to ensure he didn't make the same mistakes. "I wrote myself a miniature business plan for how to operate a startup and a family at the same time," he says. Among his essentials: spending evenings with his family without having to answer the phone or e-mail, working out after the rest of the house hits the hay and getting six to eight hours of sleep per night.

The most well-rounded 'treps will tell you that tending to their health, hobbies and relationships outside the office helps keep them sharp in the office. Since ditching his more-is-more approach to work in 2011, Marcato's Gallop has taken up surfing and winemaking. "I even made my own surfboard and learned to speak Spanish," he says.

And none of this has diminished his professional output. "The funny part," Gallop says, "is that I am actually much more productive now than I was when I was beating myself up with 70- to 80-hour workweeks."